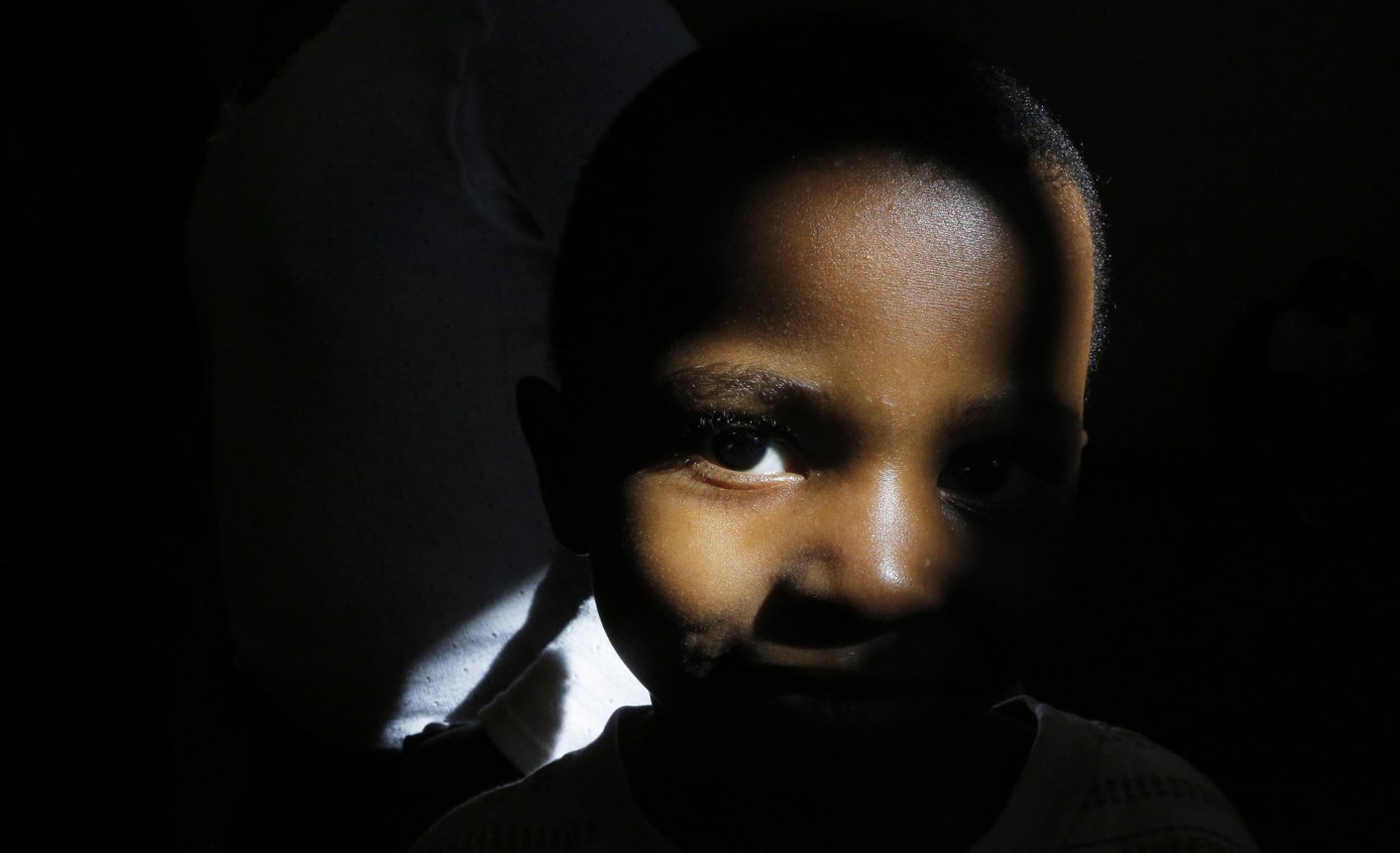 The death of four-year-old Taegrin Morris “undermined the gains made by government in dealing with serious crimes”. This is according to the chairman of Parliament’s police portfolio committee Francois Beukman. A little child died in one of the most horrendous acts of violent crime in South Africa in recent history. Is this really what you want to be saying, Mr Politician? Every day, statements are issued by politicians about occurrences, developments and plans that are supposed to reflect the state of South Africa. Often, all this does is reflect the social distance and disconnect between public representatives and communities struggling through life in South Africa. By RANJENI MUNUSAMY.

There is little that can be more infuriating than politicians saying after a horrific road accident that they are “shocked” by what happened. If you know anything about the condition of South Africa’s roads and vehicles and the way people drive, why would you be shocked? At 10,000 per year, this country has one of the highest road death tolls in the world; why then would people charged with the transport portfolio be perpetually surprised that people die on the roads daily?

Sometimes the obligation to say something, anything, makes a mockery of the pain and trauma of others. There are clichés that flow thick and fast in political statements that sometimes make no sense. These include calls for “a full investigation” (are there normally half-hearted ones?) and appeals that the police swiftly to bring the perpetrators to book (do they not do so unless a politician tells them to?).

In April this year, the former MEC for Education in Limpopo Dikeledi Magadzi said in an interview that it was “God’s will” that a six-year-old boy fell into a pit latrine at his school and died. She refused to discuss the matter further and why there were still pit toilets in use in schools in her province.

The horrific death of little Taegrin Morris in a hijacking in Reiger Park in Ekurhuleni on Saturday has stunned the nation. His foot was caught in a seatbelt when hijackers stole his mother’s VW Golf at gunpoint, and he was dragged for over eight kilometres before the car was abandoned. His dead mutilated body was found next to the car.

This was Police portfolio committee chairman Francois Beukman’s take on the incident: “The perpetrators of this horrendous crime must be arrested as a matter of urgency. As the committee, we want the SAPS to teach these criminals a lesson by apprehending them as soon as possible.” Beukman also said such incidents undermined the gains made by government in dealing with serious crimes.

Beukman’s statement provides no insight into the community of Reiger Park and the trouble they have been having with serious crime and hijackings in particular. He and his committee are also obviously not aware of the profound anger in that community against the police for consistently failing them, and that the atmosphere is extremely explosive. There is a real danger of vigilantism to avenge the child’s death. eNCA reported that community leaders are worried that pictures of alleged suspects with their own children are being circulated and calls are being made for them to suffer the same pain Taegrin endured before his death.

As the committee that is supposed to exercise oversight over the South African Police Service, they should know that there is a backstory to Taegrin’s death. Issuing a statement calling on the police to “deploy all its resources in order to arrest the perpetrators as soon as possible” will hardly contribute to dealing with the complex set problems that led to the four-year-old dying in such a gruesome way.

The incident has been a wake up call for everyone as it drew attention to the crime and drug problems besetting the community. The child’s mother, Chantel Morris, who watched helplessly as her little boy was dragged away screaming for her to help him, told eNCA: “On Saturday, Taegrin’s life ended and transformation for Reiger Park began.”

It remains to be seen whether a traumatised mother’s consolation will in fact be realised. The community is demanding, however, that President Jacob Zuma comes to Reiger Park as they believe that this is the only way they would get help. In May last year, the president visited Eldorado Park after he received a distressed letter from a mother about the drug problem in that community. This led to active intervention by government to aid the community and clamp down on the drug trade.

The community of Reiger Park believes that after Taegrin’s horror death, they too need an intervention from the president. The Star reported that Zuma’s spokesman Mac Maharaj referred queries about whether the president would visit to the office of Gauteng Premier David Makhura. He said Zuma had visited Eldorado Park due to the urging of the former premier Nomvula Mokonyane.

It was an opportunity for the presidency to offer support and solace to the distressed community, but the only response was the cold bureaucratic process before Zuma could visit. Makhura had visited the family on Monday and apparently had spent more than an hour with them. Therefore his public comments had depth and understanding: “This act was heartless. Dragging a small boy for kilometres shows they could have been under the influence of drugs, as we know the community has a drug problem.”

When political leaders intervene meaningfully, it shows. Over the weekend, Zuma issued a statement calling for the public to assist the police find another little boy involved in a hijacking. Six-year-old Mongezi Phike was kidnapped when his father was hijacked and assaulted near Bronkhorstspruit, outside Pretoria. The father was bound and left for dead on the side of the road while the child was still in the car. Zuma appealed for help so that the child could be returned to his family unharmed. “We cannot imagine the pain and sorrow that his family is going through,” the president said.

Zuma statement’s drew mass attention to the case through media reports and probably contributed to the child being back with his family. Mongezi was taken to a shelter where he saw his mother appealing for his return on television news. The care workers at the shelter then called the police and the mother was able to fetch her child.

Across South Africa, there are communities in all forms of distress either through service delivery failures, poverty levels, high crime rates, sexual violence and poor living conditions. Many politicians speak of their problems from a distance, without having any understanding or empathy for their suffering. From behind their security walls and luxury police escorted vehicles, they lose touch with what life is like for ordinary South Africans.

From Marikana to Reiger Park, communities suffer incredible trauma and pain. Politicians seem to think that commissions of inquiry and police investigations are the panacea. Our country constantly has community protests because people keep screaming for those in positions of power to hear them. The disappointment is that empty statements are often made or political leaders are too absorbed in their own lives and preservation to go to help those who elected them.

How our children are treated says much about our society. From Anene Booysen who was brutally raped and murdered in Bredasdorp in February last year to little Taegrin Morris being dragged to his death in Reiger Park, it is clear we are not a normal society.

Photo: Sibosiso Matakana, aged 5, stands in a ray of sunlight during a dance class at the The Memorial Institute for Child Development in downtown Johannesburg, South Africa, 16 June 2014. EPA/KIM LUDBROOK