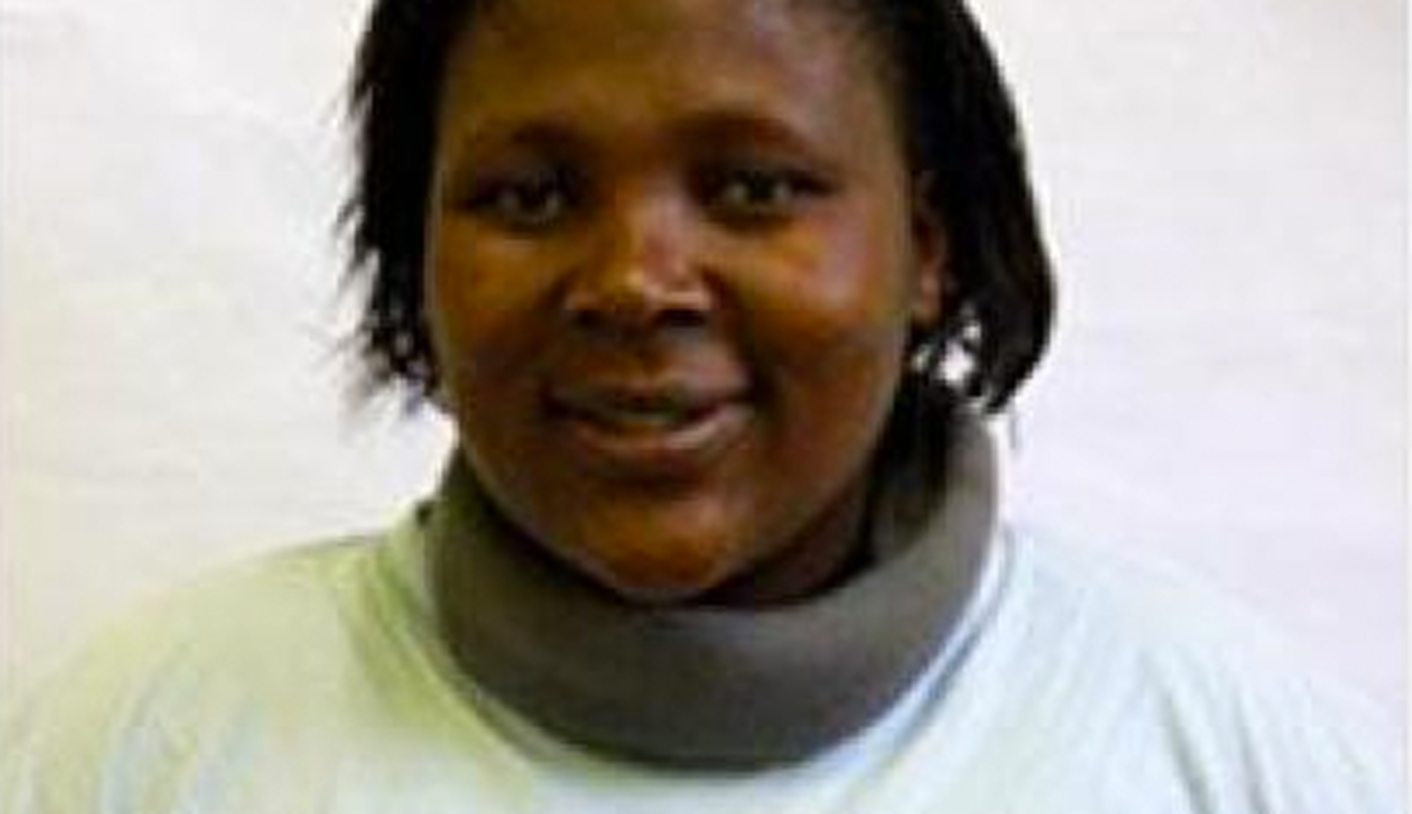 After five months of sitting trial, Angy Peter and her husband Isaac Mbadu have yet to receive a verdict. In the process, they’ve racked up over R1.6 million in lawyer fees, according to the Social Justice Coalition (SJC). By Lara Sokoloff for GROUNDUP.

Peter and Mbadu are accused of kidnapping and murdering Rowan du Preez in October 2012. Du Preez later died from the burns after being assaulted and necklaced. Peter is a founding member of the SJC. The case is appearing before the Western Cape High Court, which is currently on recess. The trial resumes 4 August.

Peter, who has been a public face of the Commission of Inquiry into policing in Khayelitsha, says that she and her husband were framed by the police for Du Preez’s murder.

The cost of litigation plus the long time the trial has taken both contribute the massive fees.

The SJC had initially fund-raised for a three-week to month-long trial, with Amnesty International agreeing to pay the bulk of the fees, according to the SJC’s Joel Bregman. They have since made other appeals to other funders, including Open Society Foundation, the Raith Foundation, Millenium Trust, and Civicus, to cover the remaining, unanticipated, costs.

“There is still a substantial amount outstanding, but we are working on donations,” said defence attorney Joshua Greef, who works for the law firm Mathewson Gess.

“We’ve asked the bare, bare minimum, a fraction of my daily fee, and the same with [Advocate King,]” Greef said. “Everyone involved, we’re doing it because we believe in the case.”

Despite the heavily reduced fees and the charitable nature of those involved, the legal costs reveal an intrinsic problem in the legal compensation system. Peter and her husband could have alternatively used Legal Aid South Africa (LASA), which offers legal representation to those who cannot afford it.

Given LASA’s 2013-2014 proposed budget of R1.4-billion, divided among approximately 374,000 criminal clients LASA sees each year, each client receives around R3,700, a fraction of the amount needed to run the Peter case.

Bregman would not disclose Greef or King’s normal fees, but an advocate at the Cape Bar, who requested to remain anonymous, estimated that an advocate of King’s expertise would charge in the range of R18,000 per day. Bregman emphasised that rates have been immensely reduced for the case, but the prices reflect a broader culture of massive compensation within the Cape Bar.

The advocate claimed that the top 1% of advocates rake in R45,000 per day, and have been doing so for years. “People are willing to pay that,” he said. “That advocate is busy. He probably turns a lot of work away. It’s a capitalist system.”

A Western Cape judge told GroundUp, “You have a culture of enrichment that’s going on. It’s a race to the top.”

He says that the culture of attorneys has changed radically over the years. The work is divided among large, institutional firms with massive infrastructure and attorneys making a fortune, and single practitioners, who earn considerably less. “It’s part of a global market in which justice and making money are entirely different,” he said.

“If you’re a corporation or an unbelievably wealthy person, you can hire the best. But I think it’s fair to say that if you’re a poor person, you’re in very big trouble,” the judge said.

The exorbitant fees, however, would have never amassed had the case stuck to the time estimated by both Greef and the SJC. Greef said that he had not initially expected the case to take this long, citing the number of unexpected witnesses called by the state.

There was also a trial-within-a-trial held in May that ran concurrently with the rest of the case. The trial-within-a-trial was held to determine whether Du Preez’s dying statement, which allegedly implicated Peter and her husband in his murder, could be admitted into evidence. National Prosecution Media Advocate Eric Ntabazalila added that the process was “complex and time-consuming.”

Neither Greef nor the Ntabazalila could comment on how much longer the case would sit for before a verdict was reached.

Clare Ballard, an attorney at Lawyers for Human Rights, said that delays begin long before the trial even begins. “South Africa has a general problem with court backlogs, and certainly the Western Cape is no exception,” Ballard said. Before joining Lawyers for Human Rights, she worked as a researcher at the University of the Western Cape’s Community Law Center specialising in prison reform.

Once in trial, Ballard explains, cases become a “logistical nightmare”. And the more accused there the more complicated and delayed the matter becomes. The Peter trial exemplifies Ballard’s understanding, as the case has a total of four accused, and has dragged on five times longer than originally anticipated.

In October 2012, Chief Justice Mogoeng Mogoeng launched the National Efficiency Enhancement Committee in an effort to streamline the judicial system. Throughout 2013, provincial arms of the committee were rolled out to more immediately administer each citizen’s right to a fair and speedy trial.

“Our Judicial system has failed lots of people, but with the launch of Efficiency Enhancement Committee we are going to ensure that we do things right and also ensure that people win back the trust of the justice system again,” Mogoeng said at the Committee’s Gauteng launch in Pretoria last November. The Western Cape Committee was launched in December 2013.

The Angy Peter trial brings to light the systemic inefficiencies acknowledged by the formation of the committee. Her case is not exceptional. GroundUp has previously reported how the late Dudley Lee’s case required almost 70 hearings before he was acquitted. Delays, postponements and a large number of hearings are the norm.

“I’m not experienced enough to really comment,” Bregman of the SJC said. “I think it’s a complex matter. It’s not something that’s going to come out easily in court. But it seems there must be a more logical way for the Justice System to operate.”

At the end of her cross-examination, just after she had been excused by presiding Judge Robert Henney, Peter stood and asked him if “justice would prevail” for her. She was referring explicitly to the facts of her case. The question, however, hearkens back to her constitutional right to a “fair and speedy trial.” And when the question of “speediness” is coupled with a culture of large compensation for lawyers, the question of “justice prevailing” is all the more uncertain. DM