Analysis: How about legalising ball 'tampering'?

Analysis: How about legalising ball ‘tampering’? 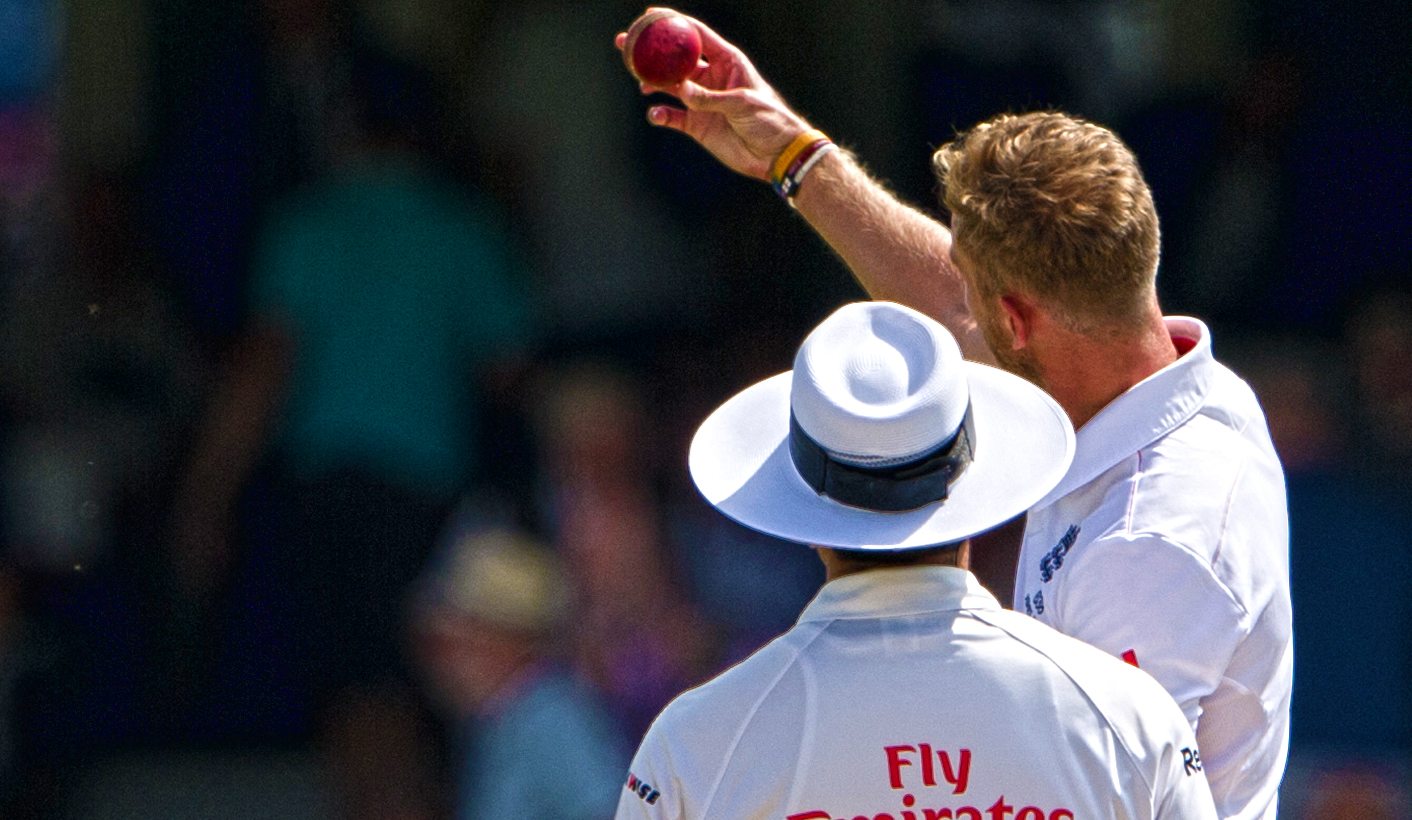 In the ever increasing batsman-friendly era of modern cricket, is it not time to consider legalising ball tampering to some extent? Many players and coaches have called for it before, and it’s something that turn out be rather good for the game. By ANTOINETTE MULLER.

There are few sports which indulge sanctimony quite like cricket. From the mythical “Spirit of the Game” to the double standards between not walking and claiming a dodgy catch. Cricket fans love to get on a high horse and ride it to an ivory tower built on self-righteousness.

It became evident once again when Vernon Philander was caught on camera scratching the ball during South Africa’s first Test against Sri Lanka in Galle. He was charged, didn’t contest it, and South Africa danced around all the “its” that other teams do and are better at than them. They didn’t say the exact words, but everyone knew what they meant.

The latest “tampering row” is a whole lot of puffing for not very much. As already noted on these pages, the umpires didn’t even notice anything wrong with the ball that Philander so badly abused. Ball management is not some sort of crazy destruction of the ball. It takes some crafty work to get the ball to reverse. Legalising ball management is not suddenly going to rain down fire and brimstone on already protected batsmen. It will simply aid bowlers in performing their craft and it’s something a fair few players have called for before.

Geoff Lawson has previously called for the art to legalised, especially in an era where batsmen are increasingly gaining an advantage.

”If you’re not allowed to touch a cricket ball, let’s have standardised bats. If you look at a ball in the SCG museum, it’s exactly the same as now but if you look at cricket bats, we’ve got bazookas now where we had feather dusters before. That is the biggest concern, the imbalance,” Lawson said back in 2012.

”The argument is you should be able to do whatever you want with your fingernails, or whatever, because if the ball moves it’s much better for the game, because batsmen have now got this huge advantage, which they didn’t have. Restrict it to natural alterations, but let’s do it,” he said

He joined the chorus of Allan Donald, Sir Richard Hadlee, Shahid Afridi and others who have previously suggested that it’s something to consider. It is something many cricket fans simply cannot fathom, though.

One of the concerns around making fiddling with the all legal is how it will be policed. The answer is quite simple. Police it just like it is policed now. Umpires look at the ball and decide if it has gone out of shape. If it is, it’s changed. As simple as that. If the ball is deemed to be grossly out of shape, fine the team 100% of their match fees. Empower the umpires to do their job and do it properly and ensure that the deterrent for excessive “management” is severe enough so that the practice does not get out of hand.

Everybody already does it. Some are better at hiding it, some have craftier ways of doing it, but if cricket fans think it’s something that’s not happening regularly, they are sheltered from reality.

Players already spit on the ball to help polish it (although, this is legal). Players already scuff it up by throwing it into the pitch (written down as illegal in the Code of Conduct), yet it is never, ever punished as tampering. It is something that is already happening, legalising it (within restrictions) will simply remove the stigma and moral indignation of “cheating”.

It’s something that might be hard to stomach for cricket fans, mostly because “tampering” has such a bad reputation due to what has been prescribed by the laws. Would it really be such a terrible thing if bowlers were allowed to work the ball to help them out a bit more?

Cricket is already obsessed with favouring batsmen. From shorter boundaries, to the outrage round a Mankad and restricting bouncers, the protection of batsmen is endless and it’s a surprise that kids growing up even want to be bowlers these days.

In 2009 in an interview with Cricinfo, Allan Donald said he was in favour of legalising the practice, but added it would never happen. He did add some insight into how the whole thing works, though.

“One way is if the ball gets scuffed on one side, and there is a tiny little chunk that is missing, you pick it up and just keep that side dry and keep working on it, while shining the other side very heavily without putting any moisture on it.

“The whole team needs to keep track of this and should know the ball is reversing and they need to shine one side. The bowler, because he is bowling, should keep his wet hands on this side while keeping the other side dry. That’s all you need.”

Cricket, the sport that was invented to be bet on, wants to believe that it is the shining beacon of morality and anything that they cannot understand is therefore deemed horrible and out of place. Time to wake up and face the chin music. DM

Photo: England’s Stuart Broad (B) examines the ball with umpire Aleem Dar during the fifth Test of the 2013 Ashes series between England and Australia at The Oval cricket ground in London, Britain, 21 August 2013. EPA/TOM HEVEZI