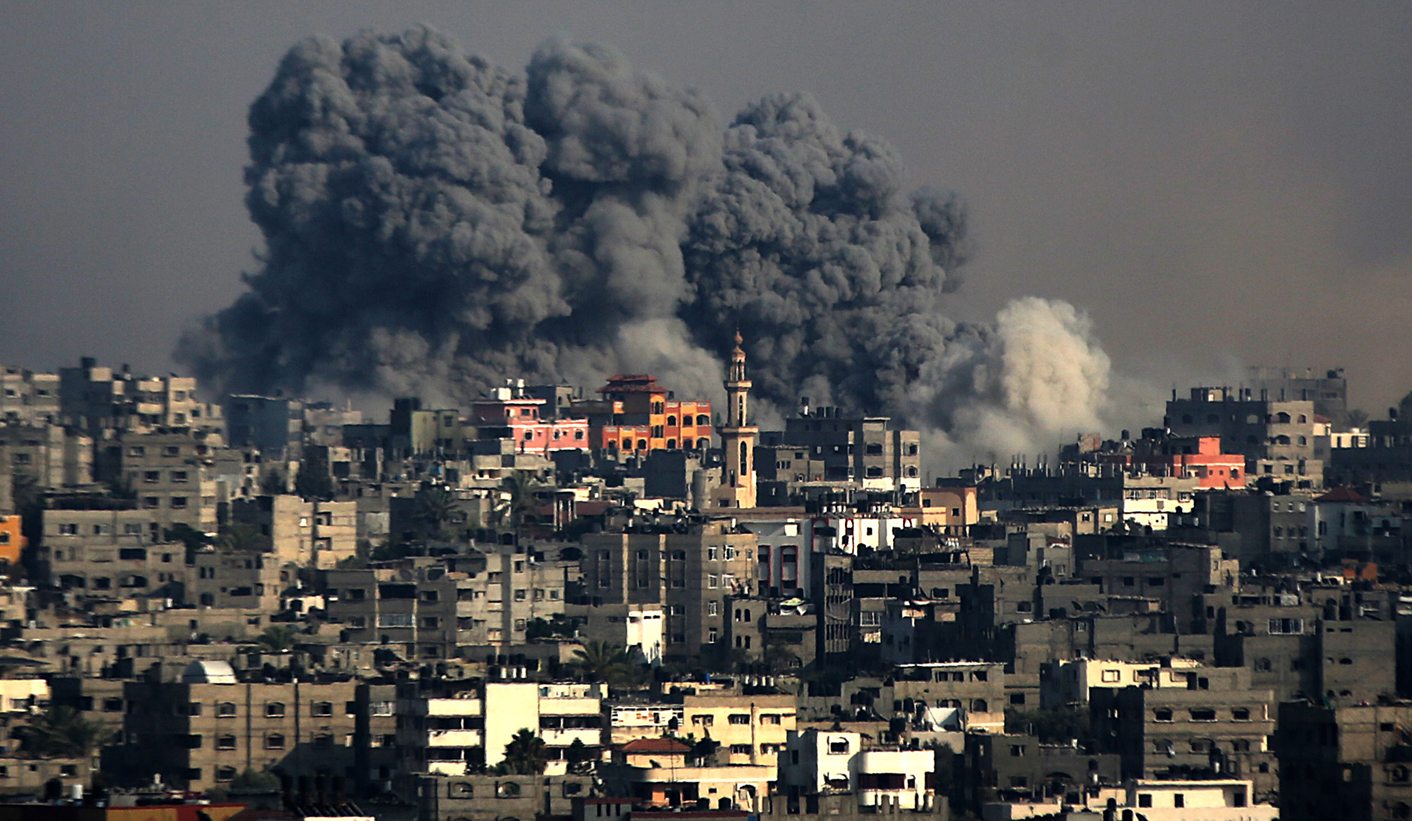 The confluence of the hundredth anniversary of the start of World War I and the seeming accumulation of major international problems at present all made J. BROOKS SPECTOR contemplate the relationship between modern communication and conflict.

— (Recorded by both the Kingston Trio and Tom Lehrer)

It has become part of the current intellectual furniture that the problems of Gaza, Syria, Iraq, Afghanistan, Ukraine and over thirty other less notorious contemporary conflicts worldwide are a sign of an increasingly chaotic, warlike world that is careening into an even more serious global level of conflict. It is easy to see how this view has come to dominate conversation – especially given the nearly wall-to-wall coverage on 24-hour news television, the constant stream of social media commentary and arguments about some of these issues, and an oppressive round-the-clock info bombardment that the Internet has become.

As a result, it is increasingly easy to sit there while all this washes over one and then half-imagine the truth of eschatological “end of days” rhetoric that emanates from the Book of Revelations. Social media comments, like the one the author received while writing these words – “I really can’t remember a time during my lifetime when there was just so much terrible news and so many horrific things happening. It feels like the whole world is exploding and imploding all at once” – are coming to be increasingly common.

But, of course, it also depends on the historical moment chosen for the comparison. Reach back precisely one century, and European society was poised on the lip of the abyss. To try to understand that moment, the writer – like many others – has been drawn into that world by reading several of the acclaimed, recently published works that have detailed the slow lead-up to the moment when the orders for the Russian, Austrian, German, French and British armies to march were finally given.

In fact, while the “Concert of Europe” managed for a century to avoid a major continent-wide war, this very week marks the moment now just ten days away from the hundredth anniversary of the plunge into nearly five years of senseless destruction, brutality and killing that would destroy four empires, kill scores of millions of soldiers and civilians alike, and then open the doors to even worse calamity – barely twenty years later. Back then, it all seemed to happen in slow motion as many of the statesmen and leaders of Europe’s great powers were in the midst of their summer vacations – and some of them were even on extended yacht cruises. They only slowly and reluctantly drifted back to their respective capitals as the panic finally took hold by the end of July 1914.

Or, perhaps, for an even more gruesome comparison, one should dial history back further – to the middle of Europe’s Thirty Years’ War (1618-1648). That war had ostensibly begun as a religious conflict between Catholics and Protestants, but it became one that eventually ravaged Europe, almost without regard for the original objectives of the combatants in that war. It became a conflict that, even without any of this century’s modern military technology, still managed to devastate whole regions of Central Europe, destroy numerous cities and, reportedly, even reduced some populations to a desperate cannibalism to stay alive. This conflict eventually left Central Europe so depopulated and crushed, it would be a century before the region regained its prior population.

Part of our current agony, however, seems to evolve out of an expectation – indeed, a hope by many (although not all) – that the end of the Cold War announced the final triumph of Adam Smith’s invisible hand of capitalism (and the inevitable laws of supply and demand) as the optimal path for the improvement of humankind. Francis Fukuyama’s “The End of History and the Last Man” was supposed to sketch out the final step in a kind of teleological economic determinism that was the antonym of state socialism. Fukuyama argued that after the fall of communism, war, famine, pestilence and death would recede further and further into the dark, unenlightened past – and away from the light.

Of course things didn’t quite work out that way. A half dozen other “isms” have risen up to occupy and terrorise us. Murderous religious divisions, ethnic fratricides, and linguistic divisions – as well as the malign influence of George W Bush’s half-secular crusade in Mesopotamia – have all led to numerous wars, massacres and global instability. Paradoxically, absent the restraining strait jacket of the Cold War – its balance of terror, MADD deterrence, and the real possibilities of nuclear annihilation – each of these smaller but violent and horrific confrontations is no longer held in check, lest they ultimately set the whole planet alight.

Now that those Cold War restraints are off, the space for deadly mischief has become that much more open, fluid, and flexible than it has been for over seventy years. The collapse of the Soviet empire spawned 15 new states – most of them with unresolved ethnic or linguistic conflicts and claims – as well as the inter-ethnic tensions in many of the Eastern European nations that were no longer under the thumb of the Red Army.

In addition, there was also the inter-ethnic catastrophe that was the result of the painful unravelling of Yugoslavia.

What is different this time, for sure, is the communications environment people live in now. To turn on the television now, just for starters, is to have the opportunity to watch the humanitarian catastrophe that is Gaza, virtually in real time; to watch the snarling over the recovery of the remains of MH 017 as well as the fighting in the eastern Ukraine; as well as the fighting across the broken remnants of Syria and through much of Iraq as well. But what that also means is that there is virtually no space left between a conflict and publics around the world – everyone can find a way to join in – in support of one side or another, in protests, mass demonstrations, marches for and against a protagonist, and in various boycott campaigns.

In a relatively short space of time, the communications environment has gone from the information from special correspondents who file despatches from far places for the evening news, to embedded journalists with military campaigns, and on to citizen bloggers and video reporters from virtually every conflict by anyone who has a smartphone. The combatants also make use of social media to send their messages everywhere, all the time, and then the whole story takes on a frenzied life of its own for every conflict. The space to settle anything, anywhere, shrinks ever quicker as the messages come in faster and faster, and in ever-increasing quantities. The flip side of this, of course, is that, increasingly, human misery and the results of military-style conflict can no longer be kept far from human attention – and so fewer and fewer such actions can be ignored by those who wish to avert their eyes.

However, the cumulative results seem to become forebodings that things are imminently about to explode everywhere – and that everything will fall apart, that not only will the centre not hold – but neither will the left nor right anymore, either. What this does, of course, is to put ever-increasing pressure on politicians, statesmen and international institutions to find faster, more effective means to put the lid on such conflicts – or find ways to tamp down the sources of such conflicts before others are drawn into a crisis as well.

So far, at least, as the circumstances of Ukraine, Gaza, Syria, and today’s Iraq so amply illustrate, efforts to get things back under some kind of restraint have been poorly accomplished, if at all. The challenge is that the weaving together of conflicts and communications will only get tighter in the future – and there will be even less of an opportunity to slow things down when such issues arise.

Imagine for a moment, how things could play out – with the entire disaster being followed in real time around the world – if Chinese and Japanese naval vessels have a confrontation with fatalities in the East China Sea; if Russian and Ukrainian troops ever have a face-off with casualties at a border crossing; or if some heretofore unknown Hamas faction successfully shoots down a commercial airliner from another country while it is over Israeli airspace. Will the diplomats have a month to avert a larger struggle – or will the pressures simply press things forward like a car without brakes on a winding mountain road?

Inevitably, somewhere, some time, there will be a test of this proposition. And it won’t be pretty. DM