Something is rotten in the state of Swaziland 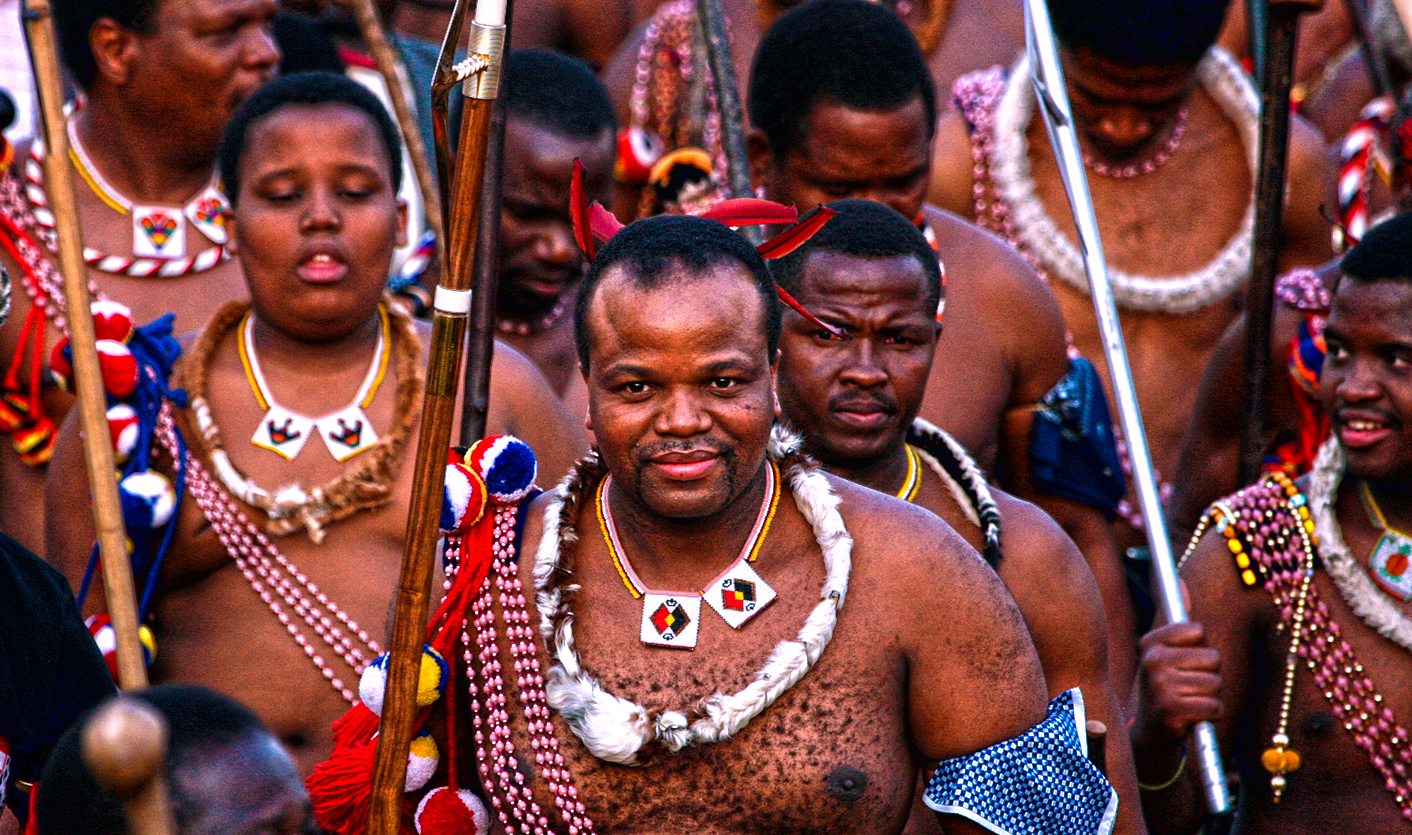 Swaziland isn’t known for the probity of its judicial system, so we can hardly be surprised that another two journalists are behind bars on spurious, politically-motivated charges. But the country’s lack of democratic progress and casual disregard for human rights is not without consequence – although, as usual, it won’t be the King who suffers. By SIMON ALLISON.

“Something is rotten in the state of Denmark,” says Marcellus in Shakespeare’s Hamlet, famously. That story didn’t end so well, but at least someone knew there was a problem. Swaziland’s King Mswati III is not so self-aware – or perhaps he’s just masking the stench with the new leather in his fancy cars and private jet, and the designer fragrances worn by any of his 15 wives.

The rest of us, however, shouldn’t ignore what’s going on. Something really is rotten in the state of Swaziland, Africa’s last remaining absolute monarchy, and it’s not going to get better anytime soon.

Swaziland’s problems were highlighted yet again by the conviction of Bheki Makhubu and Thulani Maseko. Makhubu is the editor of the Nation, one of the only publications in the country with even a pretence of independence. Maseko is a human rights lawyer, and had dared to publish articles in the Nation criticising Chief Justice Michael Ramodibedi.

The pair have been in jail since April, and repeatedly denied bail. Last week, they were found guilty by a lesser justice of contempt of court, and will likely serve a three month jail term, or pay a fine of $3000. For Nation editor Makhubu, the penalty could be stiffer – he already has one contempt of court conviction on his record, again for daring to criticise Chief Justice Ramodibedi, which earned him a three month suspended sentence.

“Today’s ruling is an indictment of the thin-skinned Swazi judiciary that serves a monarch and denies citizens the basic right of freedom of expression,” said Sue Valentine, Africa Program Coordinator for the Committee to Protect Journalists. “We call on authorities in Swaziland to release Bheki Makhubu and Thulani Maseko immediately.”

Authorities are unlikely to listen. But they should. Already, Swaziland’s callous disregard for democratic process, the rule of law, and basic human rights has had a potentially devastating impact on the country’s economy, which wasn’t looking so hot in the first place.

In June, President Barack Obama officially removed Swaziland from the list of African countries which benefit from the African Growth and Opportunity Act (AGOA) (this removal will take effect on 1 January, 2015). AGOA basically gives certain industries in certain African countries massive tax breaks in order to make their exports competitive in the US, but the benefits are dependent upon countries meeting certain democratic standards. Swaziland was repeatedly warned that it was failing to make any democratic process at all, and it missed several deadlines to implement specific legislation such as lifting the ban on worker protests, and allowing for the registration of trade unions.

This is not good news for Swaziland’s economy, and particularly the very important textile industry. Textile manufacture and export provides tens of thousands of jobs, but the country’s entire production run pretty much goes to America to take advantage of AGOA. Without AGOA, Swazi textiles are not competitive. Without AGOA, officials warn that 17,000 jobs will be lost almost instantly – a catastrophe in a dirt poor country where unemployment is already at 40% (not that this will unduly impact the royal family, renowned for living a life of excessive luxury in one of the world’s poorest countries).

And Swaziland only has itself to blame – or more accurately, its self-interested leadership. In April, on a fact-finding mission in the country, the USA’s Deputy Assistant Trade Representative for Africa, Constance Hamilton, warned that it was up to the Swazi government to decide whether to remain in AGOA or not, stressing that it was “all about political will”. That political will was not, and is not, forthcoming.

It is not only the Americans calling for change. In June, a coalition of 40 activists, universities and NGOs – and including Archbishop Emeritus Desmond Tutu, who knows a desperate situation when he sees one – penned an open letter to King Mswati III, pleading with him to change his way.

“We write to express our concern about the state of freedom of expression, judicial independence, and the rule of law in the Kingdom of Swaziland,” they wrote. “The most recent abuses of judicial independence and media freedom, coupled with the absence of a democratic system of governance and rampant abuse of state resources, are combining to cement the subjugation of the Swazi people.”

True to form, King Mswati III – not known for his concern for the well-being of the Swazi people – did not reply. As the proverb goes, a fish rots from the head down. DM