Op-Ed: Does parliament represent the people?

Op-Ed: Does parliament represent the people? 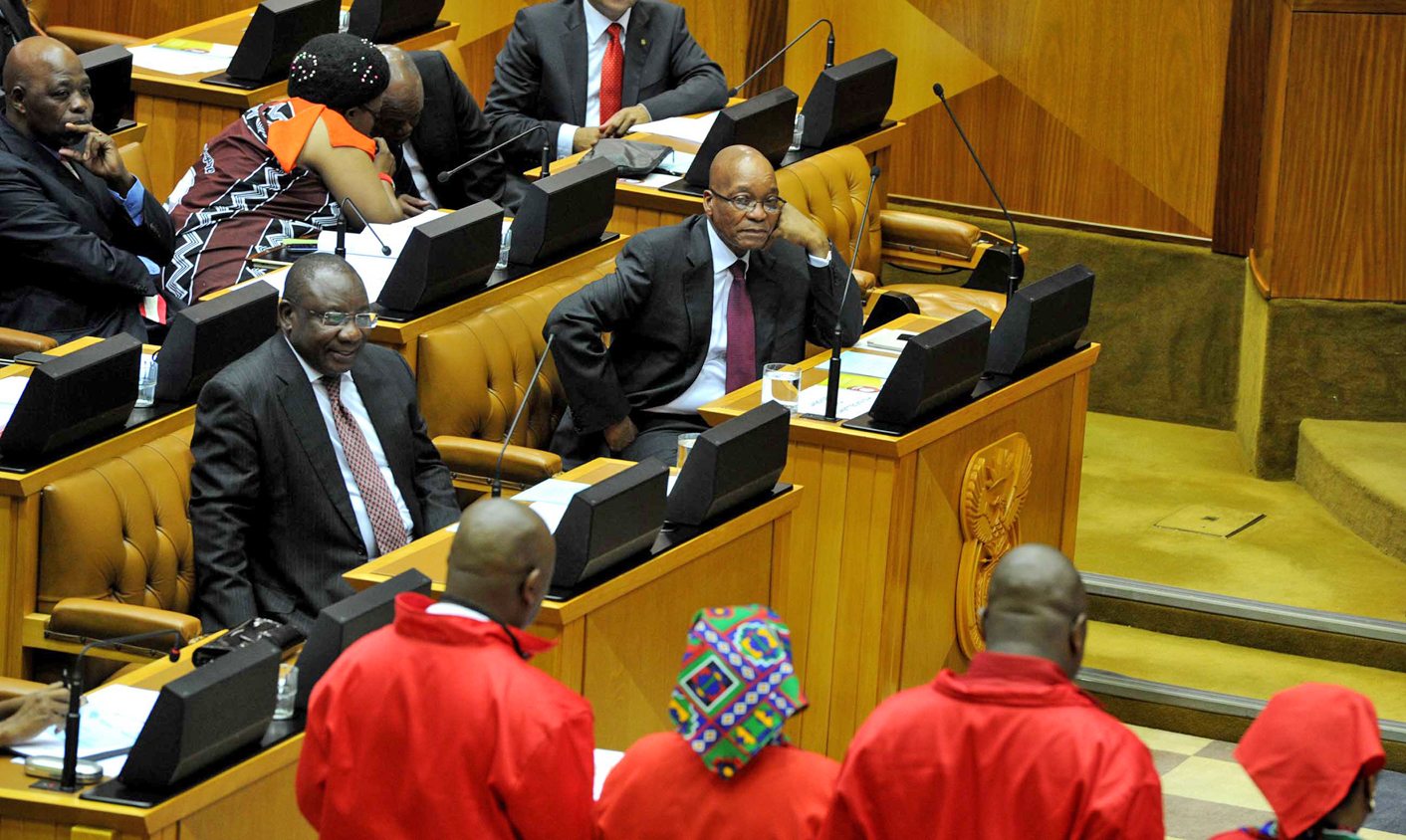 Protests are an everyday feature of life in the new South Africa. This practical, lived experience raises questions that need examination. Does voting realise its promise, and does the system work for the electorate? By RAYMOND SUTTNER.

“The People Shall Govern!”- The Freedom Charter.

Images and reports of people taking to the streets to make their voices heard have become part of our daily experience. In most cases, the protests follow long and frustrated efforts to engage with authorities to secure basic services, in accordance with pledges or agreements. Amongst these is the demonstration against squalid conditions in the Western Cape’s Langa Township in recent days.

Many of these protests become violent, often through police action. That a very old lady carried a firearm in the Langa protest underscores the expectation of violence. This gogo’s actions also signify the polarisation between communities and state institutions.

But how dissatisfaction expresses itself is complex: protesters who react against their living conditions often vote for the party whose actions they condemn. It would be simplistic to argue that in voting for the ANC they have themselves to blame for what follows.

These protests, indicating increasing polarisation between citizens and their representatives, raise fundamental questions about whether the democracy we have – free and fair elections – is working for these people.

Representative democracy is taken to mean elected representatives who will derive from, and speak for, the people. While this is neither the original meaning of democracy nor the only experience of democratic practice in South African history, it nevertheless represents a substantial advance over what existed prior to 1994, where the majority were rightless and voteless. The vote advances the potential capacity of people to influence decisions affecting their lives.

However, practical experience raises questions that need examination. Does voting realise its promise, and does the system work for the electorate?

Whether this system is working according to its claims is integral to the quality of peoples’ lives. Many of them and their forebears fought long and hard to achieve freedom. We need to ask whether the vote has in fact unlocked capacity to impact meaningfully on the trajectory of their lives.

One of the assumptions of representative democracy, unlike direct democracy, is that instead of people directly governing, they elect others to represent them. The electorate is assumed to vote for those they believe will best represent what is important to them.

There are differences of opinion over the character of accountability that representatives owe to the electorate, and whether they are obliged to do what voters expect. Edmund Burke made it clear to the British in 1774 that “your representative owes you, not his industry only, but his judgment; and he betrays, instead of serving you, if he sacrifices it to your opinion.”

Whatever the merits or demerits of literal accountability, in practice there is considerable deviation from what voters expect and what is done by representatives, whether the ANC or the DA, where they govern.

This may raise a practical question where the process of translating policies into legislation requires specialised inputs that render the process more complicated than the original mandate they received. But representation also provides space for inadvertent or intentional diversions from the positions on which a representative sought election.

It is common knowledge that political parties may consciously seek election on a basis they know they will not implement. Once elected they act in manner that is at variance with the expectations of those who elected them. The rise of Jacob Zuma may be interpreted within this framework. Depicted as a representative of the poor and even socialism, he proceeded to lead in a manner that negated that promise.

There is a deeper, more fundamental problem of representation that may be a feature of current South African reality. This relates to the absence of political vehicles that encompass the needs of substantial interest groups, who are not themselves organised as political parties. Imraan Buccus, in an article in the Sunday Independent, refers to a large number of protests, especially since 2004, by people who find no outlet through political parties, which generally do not try to incorporate residents of informal settlements.

A wider problem remains relatively unaddressed or without an adequate answer on the part of all who wish to deepen our democracy: with the influx of large numbers of people into the cities over the last two decades or more, there has not been adequate provision of basic utilities. Degrading living conditions are not generally conducive to building communities and as a result many of the bonds between inhabitants in these settlements are not particularly enduring. As conditions have deteriorated more widely, previously existing communities that often formed the basis for resistance in the 1980s have also shown signs of erosion. Without a sense of community between people living together, building organisation is difficult.

Any project aimed at safeguarding and enlarging the scope of our freedom needs to bear a quality of representation that addresses where people are located, no matter what conditions they exist in. Unless one speaks to their location one is not offering a radical programme, no matter how an organisation describes itself. In erasing the life experiences of many who fall outside organised formations one negates the idea of a broad emancipatory project. DM

Photo: President Jacob Zuma watches as Economic Freedom Fighters leader Julius Malema and his party members take the Oath of Office wearing red workers’ overalls during the swearing in of MP’s as South Africa’s fifth Parliament convenes for the first time in Cape Town on Wednesday, 21 May 2014. Picture: GCIS/SAPA