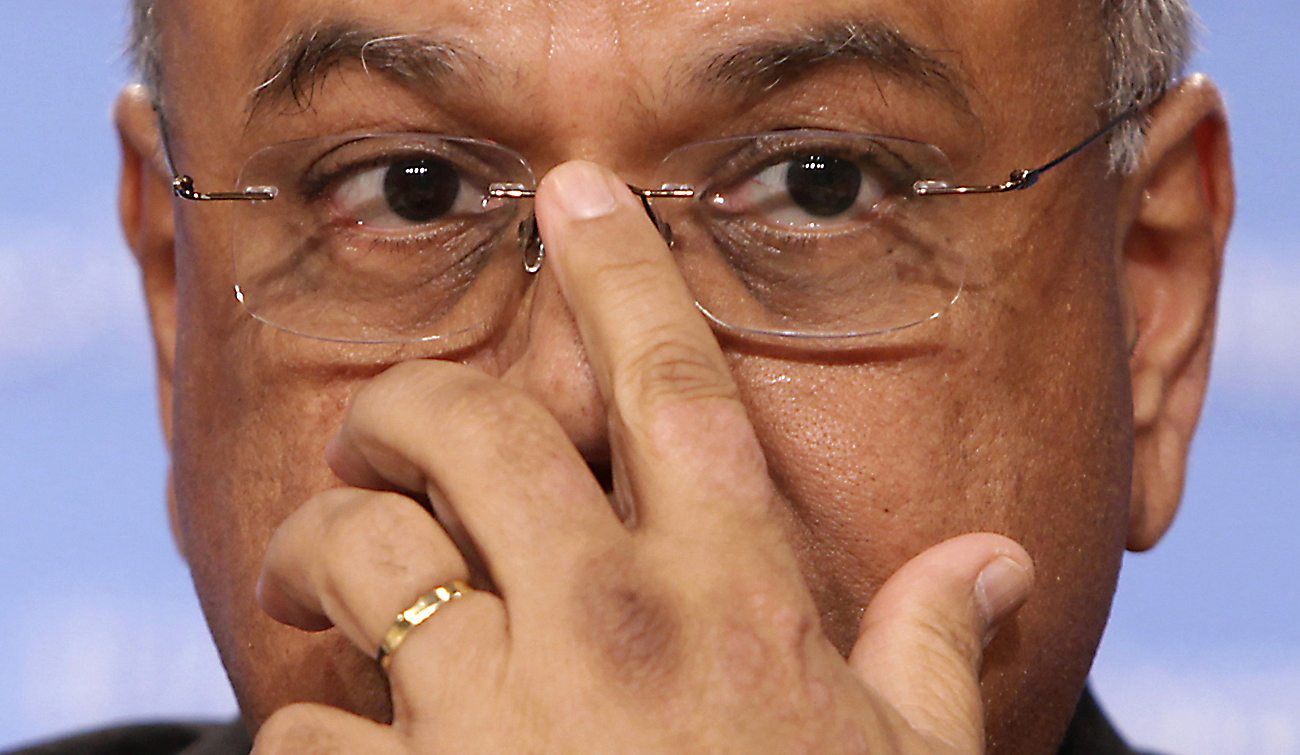 This is the week where government ministers have been telling us all their plans for their money, but because they’ve all been doing it within the course of a few days, it’s very hard to keep up. Thursday was the last manic day for the week of budget vote debates and press briefings. REBECCA DAVIS takes you through the most interesting bits.

Fancy cars for municipal managers are a thing of the past. Co-operative Governance and Traditional Affairs Minister Pravin Gordhan warned municipalities that belt-tightening days are ahead, including buying only affordable cars. Gordhan wants to see a “back to basics” approach when it comes to service delivery in local government, including “making sure that robots work, making sure that potholes are filled, water is delivered, refuse is collected, electricity is supplied, refuse and waste management takes place in the right kind of way”. Sounds dreamy.

There was a lot more Co-operative Governance than Traditional Affairs in Gordhan’s pre-budget briefing. Unsurprising, coming from a man feted for his managerial skills more than his familiarity with traditional affairs. Virtually his only mention of the latter part of his portfolio came when he lamented the “regrettable loss of lives during initiation season”. Gordhan described any life lost to initiation as “totally unacceptable”, but said that the casualties this year were less than half last year’s losses.

An unqualified audit is like boerewors. Addressing journalists ahead of his budget vote debate, Gordhan explained that technically an “unqualified audit” is just something we made up. “It’s a South African invention, like boerewors,” he said. There’s no such thing as a squeaky-clean audit, auditors will tell you. If your audit isn’t “clean”, it doesn’t mean you’re a “rogue”, Gordhan said.

Anyone for Kho Kho? The National Schools Sport Championships will from now on include competition in Goalball, Kho Kho and Kgati. If you know what all three of those are without Googling, give yourself a Bell’s. For the rest of us: Goalball is a sport for blind athletes where teams of three compete to get a ball into the opposing team’s net, guided by bells in the ball. Kho Kho is an Indian-origin game which sounds like a complicated version of tag. Kgoti is familiar to girls all over the world: two swing a skipping rope while a third jumps while chanting.

Basic Education and Sports are fighting about PE. Sports Minister Fikile Mbalula wants to have Physical Education made a stand-alone subject and not lumped together with Life Orientation. But it sounds like the Basic Education Minister’s not taking Mbalula’s calls: he complained that his department’s lobbying on this score has been “ignored and disregarded”.

Razzmatazz wants 43 medals at the Commonwealth Games. 187 South African athletes left for the Games in Glasgow, which will run from 23 July to 3 August, on Thursday night. Mbalula says a medal target of even beyond 43 is “achievable”.

Mbalula did not answer the question on all our minds. R10.4 million will be spent on building outdoor gyms in rural areas. There may be a Volleyball Premier League. The department will develop or refurbish kids’ play parks. But we still don’t know why Bafana is so kak.

The public service is not bloated. Public service minister Collins Chabane hit out at media reports suggesting that the new Cabinet’s gazillion departments was an example of this. “Where applicable, we will consider identifying and transferring various units doing related work – and currently existing in other departments – to the newly established departments,” Chabane said.

New public servants have to go back to school. Chabane said that his department, in collaboration with the School of Government, has started a compulsory induction programme for all newly appointed civil servants. The School of Government was established by Chabane’s predecessor Lindiwe Sisulu in October last year, touted as a “hands-on, brains-on” training facility for public servants.

Our new Arts Minister thinks arts and culture should foster nation-building. For this reason, a cool R34 million of the Arts & Culture budget will go to making sure that there is a South African flag flying in every school. Pity that dosh can’t go to artists, since Minister Nathi Mthethwa acknowledged, euphemistically, the “sometimes erratic nature of the revenue streams that they have”. The department is also producing and distributing a “National Anthem Tool Kit” to “popularize the Anthem”.

We want our bones back. Mthethwa confirmed that the department is arranging for the remains of journalist Nat Nakasa to be repatriated from New York – where he committed suicide at the age of 28 – to be re-buried in South Africa. They are also hoping to bring back the remains of SA Communist Party Secretary-General Moses Kotane from Russia, to honour the wishes of Kotane’s 102-year old widow Rebecca.

A ‘Heroes Acre’ is on its way. This is one of the projects that the new Arts & Culture Minister seems most excited about: the establishment of some form of monument “where the public can pay homage to those who fought for freedom”. Mthethwa hasn’t given many details on what he has in mind, but has previously cited the Arc de Triomphe, in Paris, as a reference point. Let’s hope ours isn’t as expensive: the Arc de Triomphe cost an (at the time) extravagant 10 million francs back in 1836.

Yay, books! Some thoroughly worthwhile expenditure from Arts & Culture: R3 billion has been set aside to build 54 new libraries and upgrade 150 existing libraries. Mthethwa promises they will be stocked with books and also allow public internet access. The new libraries will be located “where they are most needed”.

We’re still hoping to cut emissions by 34% by 2020. When South Africa made this announcement that the 2009 world climate change talks in Copenhagen, Greenpeace said we were “the stars of the negotiations”. After that it would be a bit embarrassing to fail. Environmental Affairs Minister Edna Molewa says the country is “hard at work” on meeting the target, by increasing renewable energy and energy efficiency and growing our public transport system.

There is too much pollution in the air in the Vaal Triangle, the Highveld and in the Waterberg. Environmental Affairs Minister Edna Molewa signalled out these places as being “priority areas” for controlling industrial pollution. Countrywide, there are 102 air-quality monitoring stations measuring this stuff.

Soon you may be able to get money for your empty plastic bottles. Molewa said that a deposit-return charge on plastic bottles is one of the ideas her department is consulting on, together with a prohibition on burning waste and a moratorium on new landfill sites.

136 people have been arrested so far this year for rhino-poaching. That’s two more than last year over the same period. SANParks also scored R8 million from a member of a poaching syndicate who had his bling confiscated by the Asset Forfeiture Unit. They can add that to the R103 million allocated to them to prevent poaching over the next three years.

Government is still considering legalizing trade in rhino horn. A panel of experts was appointed to investigate the “desirability and feasibility” of this in January, and have yet to complete a report to be submitted to an inter-ministerial committee. “The work is ongoing,” Molewa said.

COGTA Minister Pravin Gordhan wins “simplest articulation of a Minister’s task”. “I’m here, I’m getting paid, so I have to do my work,” Gordhan told journalists. Amen. DM