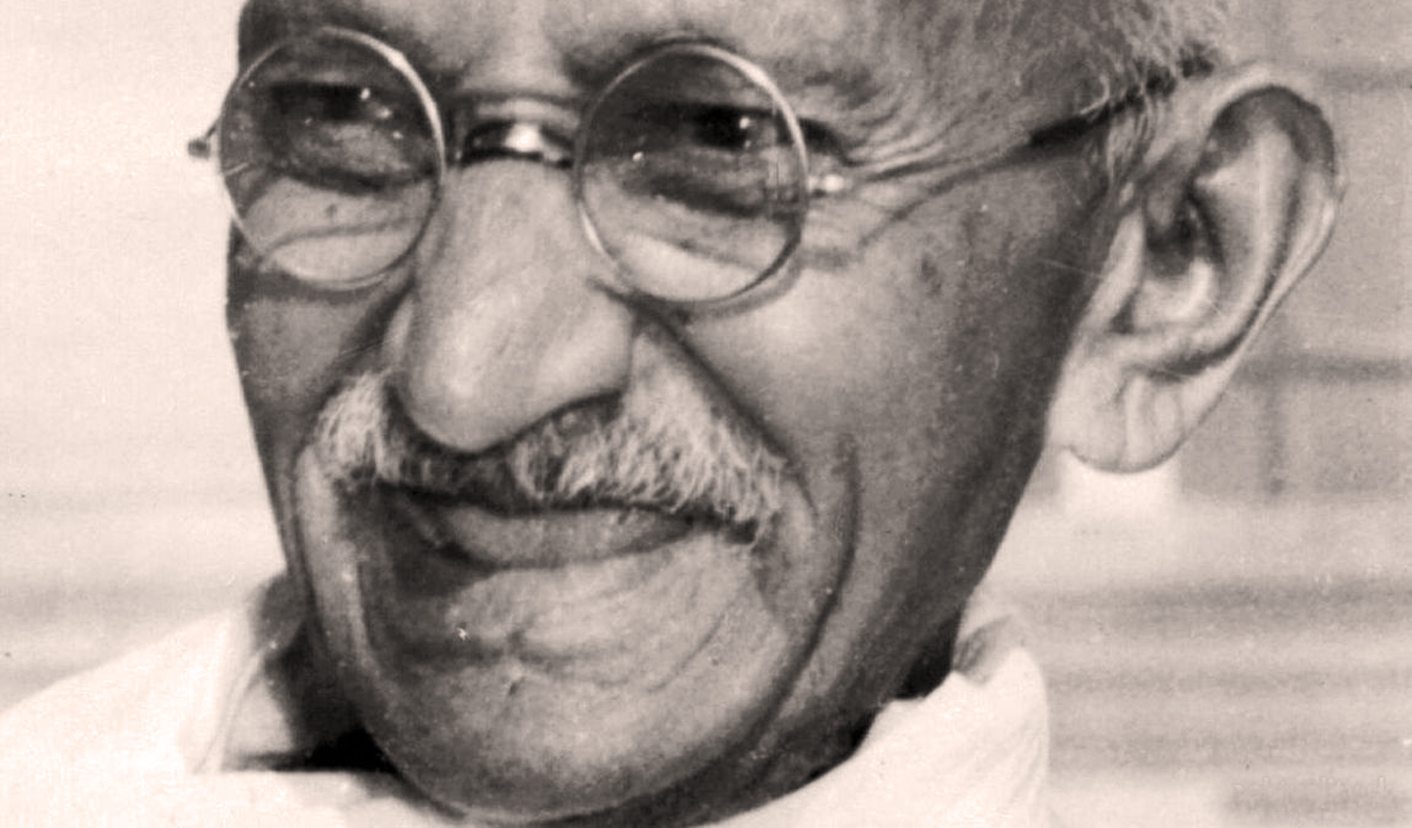 It’s been a hundred years since Mahatma Gandhi left South African soil. He went on to alter the course of history in India, but he’d already taught South Africa’s oppressed a few lessons in effective, peaceful resistance – and South Africa taught him a few things in return. By PREMA NAIDOO.

Friday 19 July 2014 marks a hundred years since the departure of Mahatma Gandhi from South African soil. It is common knowledge that he had come to our country to represent an Indian firm on a legal matter, but stayed on to launch an impressive campaign of civil disobedience against discriminatory policies and practices faced by Indian indentured labourers and business people in Natal and Transvaal.

Gandhi’s Passive Resistance Campaigns of 1907 and 1913 brought him international acclaim. Our late President Mandela referred to this when he delivered a speech in India stating, “You gave us Mohandas [Gandhi]; we returned him to you as Mahatma (meaning ‘venerable’ in Sanskrit)”.

Gandhi first experienced race discrimination in 1893 when he was thrown off a train at Pietermaritzburg Station because he refused to leave the “whites-only”, first-class compartment.

He later said that this was a defining moment in his life, when he came face to face with the “disease of colour prejudice”. He swore to make it his responsibility to fight this social disease with all his strength. His moral indignation of a singular incident sparked a passion for social equality, which would act as a catalyst for his radicalisation and politicisation.

During the two decades he spent in South Africa, Gandhi organised popular resistance of Indians against the white colonial and republican governments of the British and Afrikaners respectively. Racist laws aimed at restricting Indians from participating in the economy, invalidating their customary marriages, and restricting their free movement in the country were vigorously opposed.

The uniqueness of Gandhi’s tactic of wilful, non-violent disobedience of discriminatory laws stirred the imagination of tens of thousands of Indians, who actively participated in the passive resistance campaigns.

The satyagrahis (passive resisters) voluntarily courted arrest and imprisonment; burned registration documents (akin to the dompass of later years), and participated in strike action at the coal mines in Newcastle. During these campaigns thousands of Indian men and women were arrested. In fact, of the ten occasions that Gandhi was imprisoned in his life, four were in South Africa.

By 1914, Gandhi’s mass-based campaigns had succeeded in wrenching significant political concessions from the Smuts government. The £3 tax was repealed; Indian marriages were to be recognized; the “Black Act” was abolished, and the prohibitive provisions of the Immigration Restriction Act were relaxed. In return, Gandhi called off the passive resistance campaign.

The organisational lessons that Gandhi learnt in South Africa would serve him well in the anti-colonial struggle he waged in India against the British. For instance, the famous Salt March in 1930 was a direct-action campaign of tax resistance and non-violent protest against the British salt monopoly in colonial India. Over 24 days, Gandhi led a 390km protest march from Ahmedabad to the coastal village of Dandi.

Gandhi’s resistance campaigns certainly influenced the course of political history in South Africa in later years. With the brutal suppression of the Bambatha Rebellion by the white colonists, African political leaders and chiefs had to reconsider their conventional (military) methods of struggle.

There can be little doubt that African leaders that had gathered in Bloemfontein in January 1912 to form the African National Congress (ANC) would have looked to the struggles led by Gandhi. Many years later, Mandela said that Gandhi was “the archetypal anti-colonial revolutionary”. He went on to proclaim that “both Gandhi and I suffered colonial oppression, and both of us mobilised our respective peoples against governments that violated our freedoms”.

In a fitting coincidence of history, the two leaders were both lawyers who spent time in jail cells in Johannesburg’s Old Fort prison – Gandhi in 1906, and Mandela in 1962.

The 1952 Defiance Campaign spearheaded by the ANC and the South African Indian Congress was modelled on Gandhi’s passive resistance, except that the concept of open defiance of unjust laws reflected the growing intensity of the struggle against apartheid.

Perhaps the greatest legacy that Gandhi left in South Africa was his fellow satyagrahis. In later years, the families of his close confidants such as Thambi Naidoo, Parsi Rustomji and Ahmed Mohamed Cachalia played a major role in the struggle for a non-racial, democratic South Africa.

Our country played a pivotal role in shaping Gandhi’s political outlook. In turn, his leadership and courage at the turn of the 20th century shaped the course of South African liberation history.

His example of determined, non-violent struggle and defending the dignity of all human beings remains relevant to this day. As we mark the centenary of Gandhi’s departure from South Africa, let us recommit to promoting and emulating the lessons of life that he has bequeathed to all of us. DM

Prema Naidoo is a Trustee of the Ahmed Kathrada Foundation