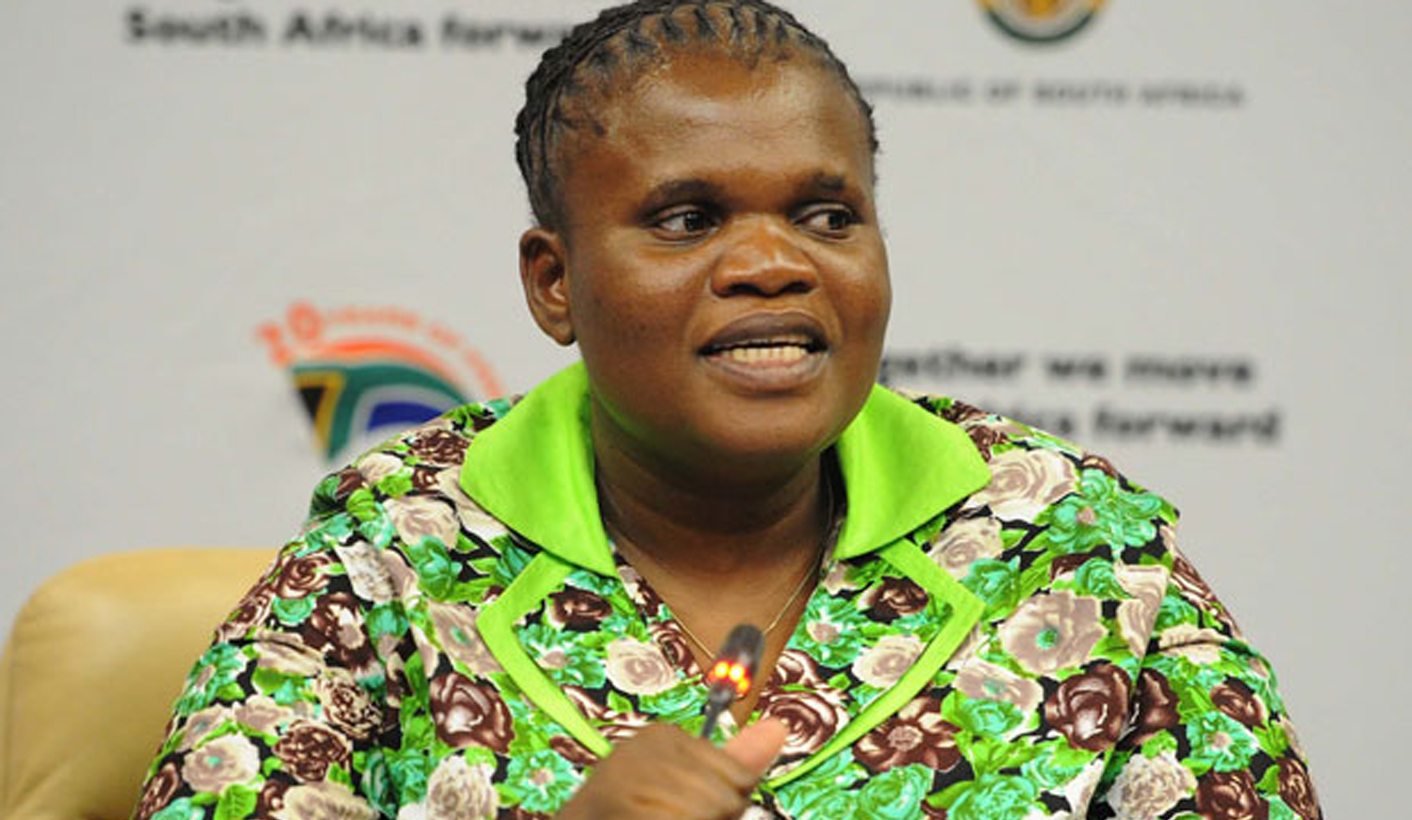 It is a busy week in Parliament as government departments are on a conveyor belt to present their budgets. The normal course of Parliamentary business was interrupted by the election and there is now a rush to get the budgets passed so the work of government can proceed. On Tuesday, there were nine budget debates and on Wednesday there will be 10. There are bucketloads of information being flung out, most of which will go unreported due to the sheer volume the media has to contend with. The congested schedule is also a baptism of fire for the new MPs. (Can you imagine the two unfortunate Agang MPs rushing around to attend nine debates?) This is apparently the start of the “information revolution”. By RANJENI MUNUSAMY.

You have to feel for the nice folk at the soon-to-be non-existent Government Communications and Information Service (GCIS). They have been without a permanent head since the former CEO Jimmy Manyi’s departure in August 2012, and appear to be always out of the loop on major developments in government. For the past few years, they have tried to smarten media liaison but this has not been a top priority for the rest of government. GCIS has, for example, tried to keep up the tradition of having departmental and cluster media briefing sessions twice a year, but they have battled to get all ministers to co-operate.

In terms of the new configuration of government departments announced by President Jacob Zuma, the GCIS will cease to exist and its functions are being assimilated into the new Department of Communications under Minister Faith Muthambi. The organisation of media briefings this week to coincide with the procession of budget debates in Parliament is perhaps the last visible work of the GCIS in its current form.

People who actually understand the media and communications at GCIS know that this week’s arrangements are a veritable train smash. Departmental media briefings are running back-to-back from 8am till about 6pm and the schedule is so packed that some departments cannot realistically be fit in. If all the departments presenting their budgets had to be squeezed in, it would mean that the briefings would end around 11pm. Concurrent to the briefings are Parliamentary debates on each department’s budget.

Even for big media houses, it is simply impossible to cover all this. There was also no advance warning that a bombardment of government briefings were going to be happening so that media companies could prepare for the onslaught. It makes sense for journalists to go to the briefings as they present a rare opportunity to question ministers on developments and plans for their departments. It is also essential to cover the Parliamentary debates in order to report on what the opposition parties are saying about the work of each department.

In previous years, the budget session would extend over a month and it was possible to report on and interrogate the work of each department. Now, it is even more crucial to do so in light of new priorities and changed mandates after the elections. Due to the elections being scheduled on 7 May, it was only possible to do the presentation of the National Budget before the term of the fourth Parliament had to wind down. The departmental budgets had to be held over until the fifth Parliament was established and settled in.

Apart from the budget session being compressed and rushed through in a few days, the Budget presented in February by then Finance Minister Pravin Gordhan does not align with the new configuration of government. Some departments were dissolved, new departments were established and some programmes with different budget allocations have now been merged. New departments, such as the Department of Small Business Development, have no budget allocations. So the budget presentations are actually for the old departments, some of which no longer exist or have different ministers with new mandates.

While all that is being figured out, Parliament must pass the Budget so the work of government can proceed. Ministers are therefore being trotted out to brief an overwhelmed media pack and then go off to present their budgets either in the National Assembly or before extended public committees. Opposition parties are also scrambling to participate in these debates. It is simply impossible for smaller parties with one or two representatives to dash around the Parliamentary precinct to have their say in all the debates.

The SABC, which probably has the most resources from all the country’s media houses, carried one story stemming from the Parliamentary briefings in its main English bulletin at 6:30pm. The story was Faith Muthambi saying she saw “nothing untoward” in her permanent appointment of Hlaudi Motsoeneng as the public broadcaster’s chief operating officer. Ironic, perhaps, but not unexpected, as Motsoeneng’s travails feature regularly in SABC bulletins.

So at a time when Public Protector Thuli Madonsela appears to be under pressure, the mining industry is the main economic sector in focus, water is a major service delivery issue, strike action is dominating the news agenda and plans for educating a generation of children are being discussed, the public broadcaster was unable to report on these in their prime time bulletin. Other media houses probably have to cherry pick what to report from the freight train full of information. Even the Parliamentary channel could not keep up, showing parts of debates, and then inexplicably switching to the National Council of Provinces.

While the government and Parliamentary officials that decided on the schedule might not worry too much on the nightmare scenario it presents to journalists, they might have overlooked the fact that government has a constitutional obligation to be transparent and communicate its work. Some of the announcements being made this week will have a direct bearing on people’s lives and yet they might not have access to this information.

As the GCIS is phased out, it remains to be seen how the new department will communicate with the South African public. According to Muthambi in her budget speech, this year “will see new departures and new practices in government communications as demanded by this new administration”. She calls it an “information revolution”.

“I wish to give you the assurance and comfort that GCIS will leverage its budget allocation of R437.2 million for this financial year to achieve continuous engagement, consultation and partnership-building with citizens and stakeholders, and sustained sharing of information,” Muthambi said.

Later in her speech, however, she said: “In this financial year 2014/15, GCIS has been allocated R413.1 million which represents less than R10 per citizen for the year, even before we take operational costs into account. This illustrates how hard and innovatively we need to work to reach and interact with South Africans on such a tight allocation.”

It will take great fortitude for everyone involved to get through the week. The new Justice and Correctional Services Minister Michael Masutha, for example, had to brief the media and present the Justice Department budget on Tuesday and will have to trundle out to do the same on Wednesday for the Correctional Services vote.

The information bombardment seems to be taking its toll on many people, including the button pushers at GCIS sending out dozens of media alerts, reminders and ministerial speeches. On Monday, a reminder arrived twice about the “Justine and Correctional Services Budget Vote”. It was then recalled, twice. On Tuesday, an advisory was sent out titled about Muthambi’s media briefing and was actually an invitation to Public Enterprises Minister Lynne Brown’s briefing.

Even the media release-crazed Democratic Alliance stepped into contingency mode and was sending out its MPs’ speeches truncated and bundled together to keep up. Economic Freedom Fighters spokesman Mbuyiseni Ndlozi sent out only two releases on Tuesday – his own speech from the Communications debate and “Commander in Chief” Julius Malema’s from the Mineral Resources debate.

It will all be sucked into the vortex of millions of words swirling around the Parliamentary precinct this week. It’s the information revolution (coming at you for less than R10 a year) – and much of it, evidently, is not being televised. DM