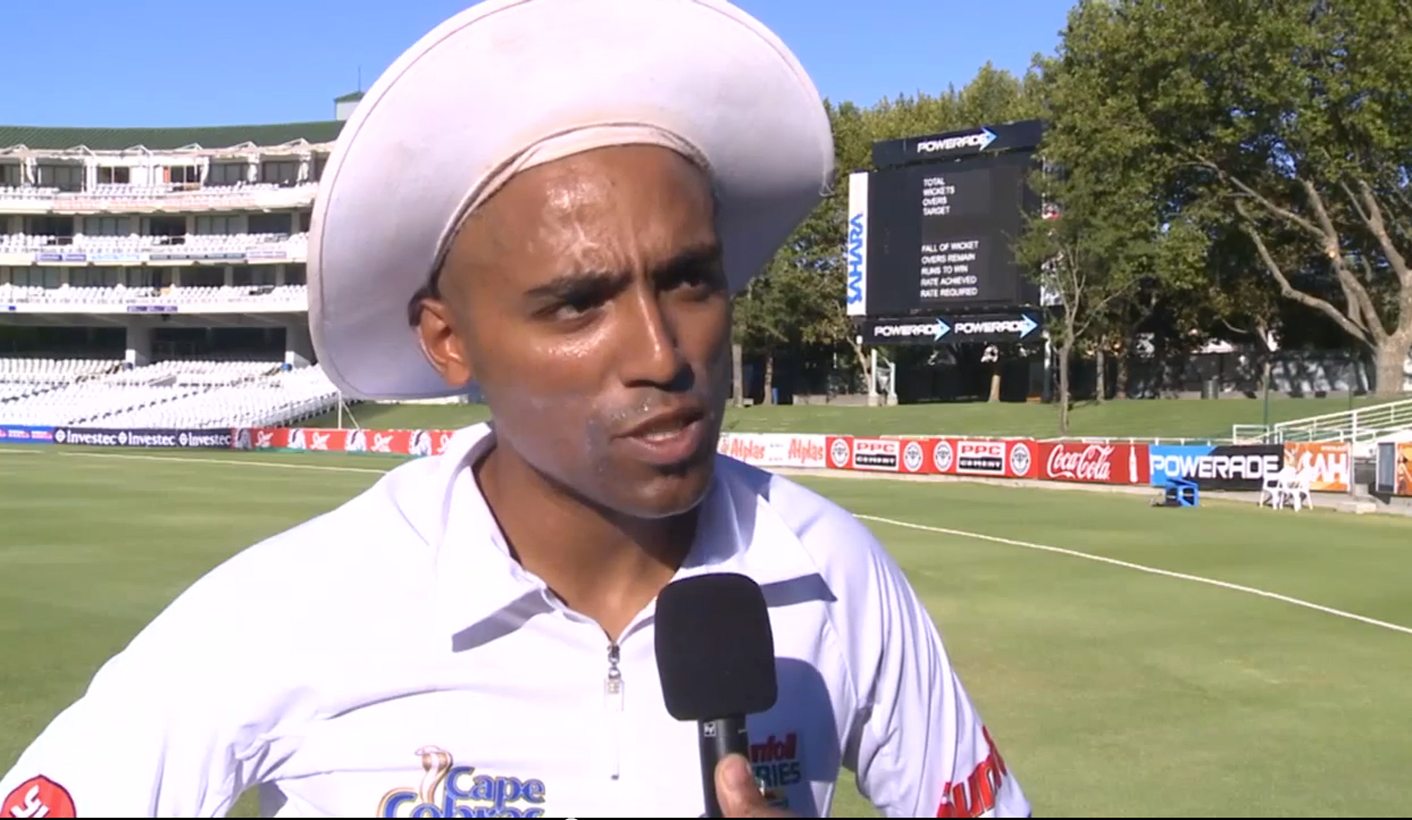 When South Africa step out onto the field in their first Test against Sri Lanka on Wednesday, there might be a new bowler in their midst. If the selectors have any sense of pragmatism, Cobras spinner Dane Piedt could make his debut. With 45 wickets at an average of 19.93 in the 2013-14 Sunfoil Series, Piedt had a solid season with the trophy-winning Cobras.

In the land of fast bowlers, he who turns the ball is king. And Piedt doesn’t just turn the ball, he can turn it square even on decks where there isn’t much on offer for spinners. Piedt’s rise to the top has been steady, but he wasn’t even a spinner to begin with. Still, the call-up came as a nod to what he has managed to achieve, just edging out Simon Harmer for a spot in South Africa’s 15-man squad to tour Sri Lanka. For the 24-year-old, the call was a relief.

“I was setting my sights on doing well in Australia with the A-team, but I will never forget the time when I got that call-up. It was 16:53 [and] I was mopping the floor because my dog had made a mess in the house. It was a big relief after the season I had,” Piedt told The Daily Maverick.

Piedt wasn’t always a spinner, though. At Kenridge Primary, which he attended with South Africa’s other rookie call-up Stiaan van Zyl, he used to bat at number three. When he was 12, his vision started going and he struggled to see the ball. The side needed a spin bowler and Piedt put his hand up. Throughout his school years, Piedt would still bat anywhere from four to six and has a first-class high score of 92.

He attended SACS and started captaining the team at the age of 16. It’s something he believes has forced him to learn the game quicker, but it’s not until the age of 18 that he started to transform into a real spinner. Paul Adams became his mentor and transformed his action into what it is today.

“We worked hard on making things better and it’s taken until now for me to feel good about the way I bowl. I know what’s happening with my action and I’ve got many variations which I know how to use,” Piedt says.

But that does not mean he’s done with learning. In 2012, he attended a spin camp along with a number of other bowlers. His biggest lesson there was being taught how to bowl the carom ball from a 15-year-old kid.

That speaks volumes about Piedt’s willingness to listen and learn and observe, no matter who the information comes from. Even if the learning doesn’t come through sage advice, Piedt is always watching. Sunil Narine joined the Cobras for part of their T20 campaign this season and although he was known for being the quiet guy, Piedt kept a beady eye on him.

“Sunil Narine doesn’t speak much, but I tried to steal with my eyes. I do that quite a lot. From when I was ten years old I’ve been watching Saqlain Mushtaq to see what he does. I watched Graeme Swann a lot, especially how he uses his crease. Narine is a freak of nature and I hope he has an unbelievable career,” he says.

While everyone at the Cobras, from Paul Adams to Vernon Philander and Robin Peterson, has helped him grow, honorary Capetonian Owais Shah is also somebody the spinner has learnt a lot from. Shah signed on for the Cobras in 2010 and has seen Piedt rise through sheer hard work and dedication.

“Owais Shah called me and said it’s a dream come true for him too to see me get to where I am because he’s watched me from such a young age. He’s a mentor of mine who has helped me a lot on and off the field,” Piedt adds.

South Africa hasn’t exactly been known for their spin bowlers, but  Piedt believes that is slowly changing.

“It’s not just Simon Harmer and myself who are spinners. Keshav Maharaj and Eddie Leie have both been doing well. There’s a group of young spinners coming through now. I just want to show that cricket is very strong in this country,” he says.

Another youngster who has done well is Cobras’ southpaw Stiaan van Zyl. He and Piedt have been friends since they attended Kenridge Primary school together and it was Piedt who broke the news of Van Zyl’s inclusion to him. Piedt had already received his call, but Van Zyl had missed it and didn’t bother calling back since he didn’t recognise the number.

The pair are two peas in a pod and are products of a real team culture that has been instilled at the Cobras over the last few years.

“We have a real respect factor in the team. It’s great to be able to sit down with somebody like Justin Kemp, whom I can talk to anything about – from politics to imagining we earn footballers’ salaries. It’s not about colour or culture; everyone comes together and we have fun,” says Piedt.

The 24-year-old is a student of the game in every way and will always sit down to watch a Test, even if it’s just to do some stealing with his eyes. Despite the fact that cricket is often tailored towards batsmen, Piedt believes there’s no reason to make excuses.

“It’s frustrating, but you can’t make excuses. You have to play with what you’re given. If I have to play in this conference hall we’re sitting in now, I’ll just have to play. The game is driven by money, but we have to deal with it. Respect guys like Nathan Lyon, Graeme Swann and Ravi Ashwin. I also have immense respect for Ajmal. They’ve all shown it’s possible to adapt in this era,” he says.

When he’s not out on the field bowling trying to defend or get batsmen out, he’s thinking about how to get them out – and even has a favourite way of doing so.

“My favourite delivery is the one that pitches on sixth stump and then turns to hit the top of off. Not any other stump, the top of off stump. That’s my aggressive ball on day four,” he smiles.

Whether he plays in the series against Sri Lanka or not is almost irrelevant at this stage. South Africa has found a spinner that not only turns the ball, but takes wickets too. Spinners only really tend to come into their own much later in their careers and if this is what Piedt is capable of now, there are many Test tours to look forward to. DM