Book review—Age of ambition: Chasing fortune, truth and faith in the new China 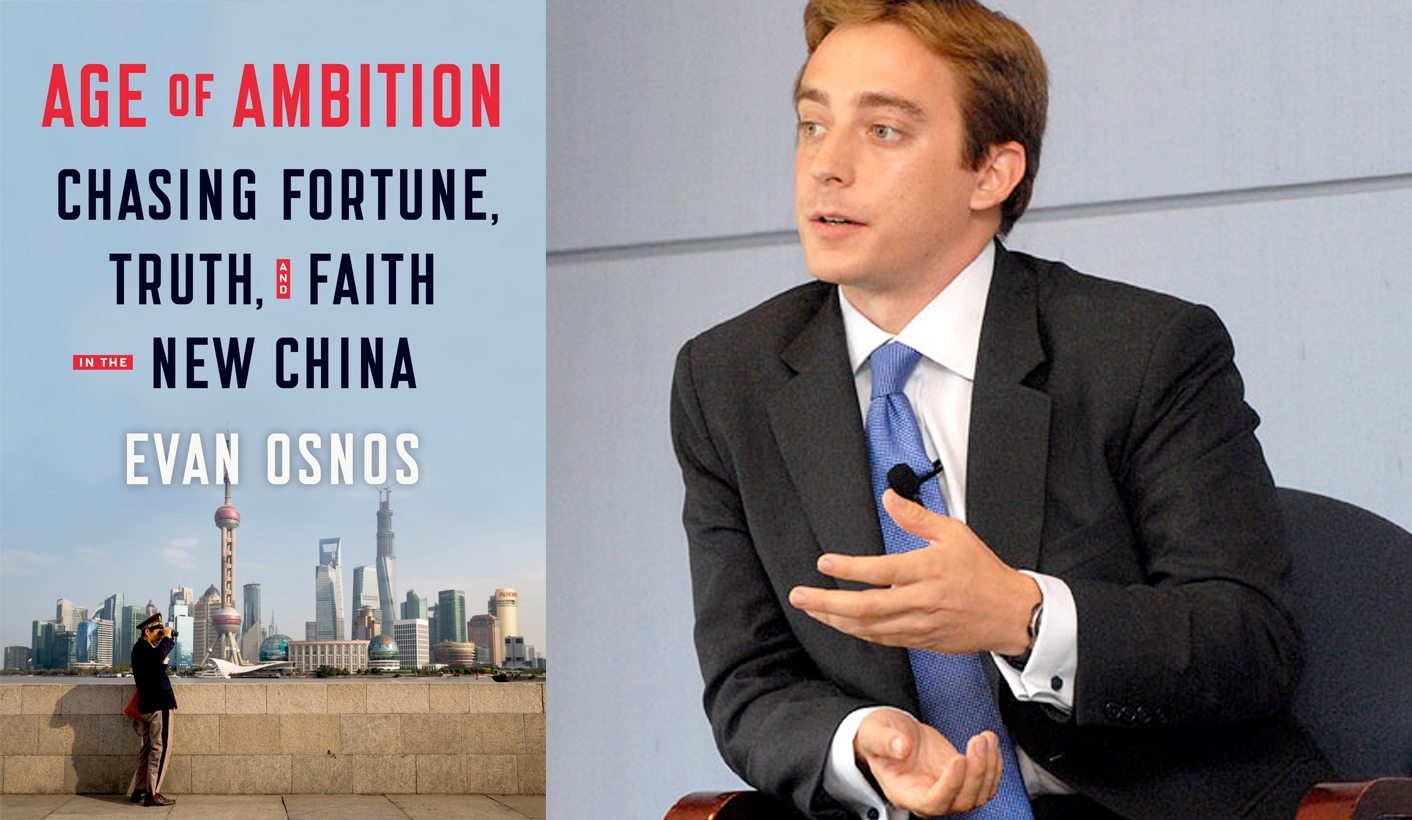 You know that China has exploded into the world’s second largest economy by GDP. But do you know what that means to the Chinese? New Yorker staff writer Evan Osnos spent eight years trying to answer that question, and brings us Age of Ambition by way of an answer. By RICHARD POPLAK.

Such modesty is now absurd. How should we define the modern Chinese miracle? Let’s pick a few numbers almost at random: in three decades, 300 million Chinese have risen from absolute poverty; 200 million have moved from farms to industry; 100 million have joined the middle class; half a million are now millionaires. Percentages, digits, decimal points: What the math doesn’t explain, at least not in any meaningful way, is how profoundly Chinese society has changed in the span of half a generation. The baling hou, or “post-eighty” generation born after the death of Mao, came to identify their parents — those who lived through the privations and brutality of the Cultural Revolution — as a different species belonging to a different world. China, the geographical entity that encompasses within its borders more than 1.3 billion people, or 19.4% of humanity (those numbers again!), has been ripped to shreds and reconstituted three times since 1949. History and memory have been worked like a piece of warm tar, until China, along with the rest of the planet, is disgorged from a subway stop in a city resembling something out of Star Wars.

So here we are, slap-bang in the middle of China’s Age of Ambition, where brightness is lauded and obscurity shunned. When New Yorker staff writer Evan Osnos first moved to China in 2005, he was like the rest of us, accustomed “to hearing the story of China’s metamorphosis told in vast, sweeping strokes involving one-sixth of humanity and great pivots of politics and economics. But up close, the deepest changes were intimate and perceptual, buried in daily rhythms in ways that were easy to overlook.”

In his recently published memoir of eight years spent in the maelstrom of the Middle Kingdom, Osnos shoves the math to the background. Blessedly, Age of Ambition is not a book about numbers, but about humans, and its revelations unfold not through Paul Theroux-ish bloviations, but through reportage. Age of Ambition concentrates not so much on the specifics of China’s rise, but more on the friction point where the steel of government meets the flint of its constituents: a “collision,” as Osnos puts it, of “aspiration and authoritarianism.”

The book’s narrative spine tracks the journey of Lin Zhengyi, a former student activist and captain in the Taiwanese army who in 1979 stared across the Taiwan Strait and, motivated by ideology and faith, decided to swim to the mainland. This wasn’t a wise idea — mostly because a crossing was perilous and virtually impossible, but also because “the mainland was a place to flee.” China was a mess, still recovering from Mao’s ministrations, and still processing Deng’s new political and economic decrees. But Lin instinctively understood what many didn’t: China couldn’t fail. Growth, properly unlocked, was coded into the country’s DNA. So Lin jumped in the water and started paddling. Thirty years later, he was named head economist at the World Bank.

The interregnum between Lin’s soggy leap and his inhabiting a corner office of the Bank encompasses not just an economic phenomenon, but a social one. Through relentlessly well-reported sequences, Osnos introduces us to Inveterate Gambler Ping, who won a fortune in the gambling Mecca of Macau; Han Han, the hyper-celebrity writer and blogger who irreverently stabs at the Party’s carapace with Bieberish insouciance; and Ai Weiwei, the artist-provocateur who spends less time producing art than he does in solitary confinement. In the book’s bravura sequence, we take a package trip to Europe with a Chinese travel service, where the guide constantly apologizes to his charges for European backwardness: “I’m not saying they’re stupid,” the guide explains. “If they were, they wouldn’t have developed all this technology, which requires very subtle calculations.”

Osnos is at his best when encountering China’s young, ambitious strivers, all of whom are shaped by the ostensible openness of the Internet. Their battle is to reconcile their rising sense of individuality with a ruling party that isn’t interested in granting even a semblance of political freedom. This push/pull is the defining aspect of Chinese life, and Osnos diligently takes us into every cranny of a society negotiating an impossible compromise: growth in exchange for acquiescence. In this, the book is a wonder.

Beware, though. Many of these stories are strung together from Osnos’s New Yorker profiles, and for some, the book may read like revision rather than revelation. Osnos is a Beltway boy born and bred — his current home is Washington, D.C. — and the book occasionally reads like the account of a particularly sensitive State Department insider. He too often panders to the spectral “general reader,” as if Age of Ambition will nestle alongside The Cuckoo’s Calling in an Exclusive Books shopping trolley, and will thus require describing the World Bank as an institution that “provides loans and expertise to combat poverty.”

But the book’s deep research, superb reporting, clear prose and unflustered conclusions make it a fine and necessary summary of Chinese ascendancy. Osnos is by no means bullish on the country’s prospects, but nor is he apocalyptically downbeat. After all, he lived through almost a decade of an unfettered Gilded Age, were the world’s largest country by population was yanked into the 21st century by the crude pull of the market. “Some will get rich first,” said Deng, with a shrug. This, then, is their story. And the story of those who remained poor, too. DM