The great Kallis debate: Should he or shouldn’t he pl...

The great Kallis debate: Should he or shouldn’t he play? 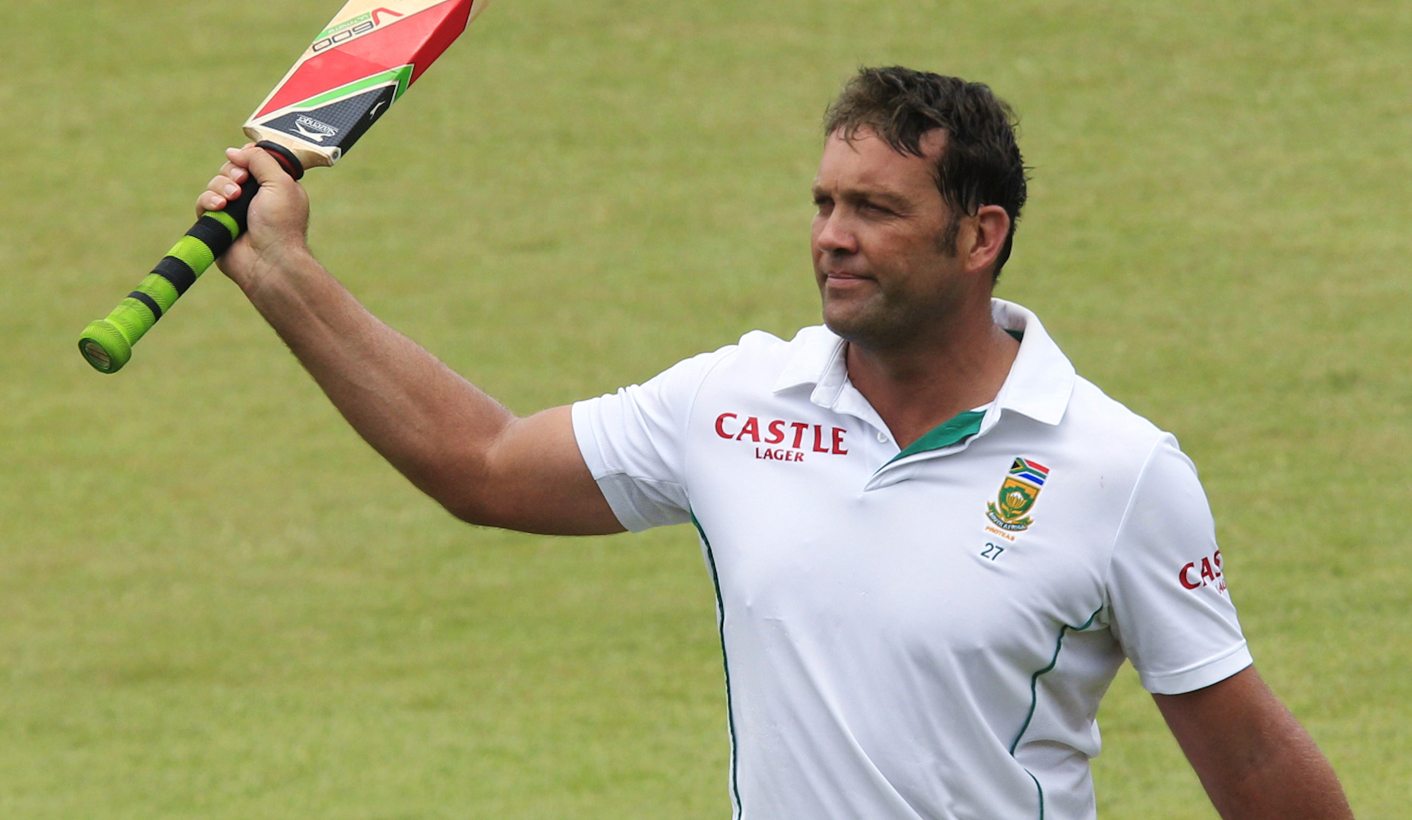 Jacques Kallis has made it clear that he would like to be part of the 2015 World Cup squad, but he is well aware that his place in the side is not guaranteed. His quest to cement his place in the side began with a duck against Sri Lanka on Sunday. In all their fickleness, South African sports fans will be calling for his head soon, but is that fair? By ANTOINETTE MULLER.

There comes a time in every sportsperson’s career when their ability is questioned. For some it happens right from when they are handed their first caps. For others, it happens as they head towards their twilight and for a select few, it’s only ever whispered in fear of loyal disciplines grabbing their pitchforks and turning on the person asking the question.

Sachin Tendulkar, Brian Lara, Gautam Gambhir and a few others have all gone through the cycle. For greats of those heights, their stature and sentiment often dictates the debate.

South Africans aren’t ones for sentiment, though, and Jacques Kallis has gone through this time and time again. Most times, when the scrutiny has been at its most adverse, he has responded with something special.

Kallis is perhaps the greatest cricketer South Africa has ever produced and nobody can doubt his service to the sport for nearly the last two decades. He has stated his intention to feature in next year’s World Cup, but knows that his place is not guaranteed. There is no expectation from the great man, but there is hope. The question, then, is how long does selection hinge on hope? First and foremost, the experience Kallis brings to the team cannot be disputed, but there are many experienced players in the current one-day team who have lived through the tags of choking and the glorious Test series victories on foreign shores.

During South Africa’s one-day series opener against Sri Lanka over the weekend, Kallis was reinstated in the number three position, after failing to play in the warm-up match due to injury. He scored a two-ball duck after not reading a Carrom ball from Ajantha Mendis. For any other player, it would have simply been a shake of the head and a sympathetic “eish”, but because Kallis’ place in the team is under scrutiny by some, his failures are illuminated.

Since the 2011 World Cup, Kallis has played 17 ODIs and he averages just 31.55. Most recently, he scored 50 against Pakistan but has failed to pass 10 in his last four outings. Strikingly, he has scored six fifties in that same time period and the duck he made is he first one since 2010 against Pakistan.

Dips in form are completely normal. They are part and parcel of a player’s career and are accepted as such by most. Cricket, though, is a somewhat ageist sport. Kallis is now 38 and will turn 39 in October. Although it is increasingly common for players to play on beyond their expected years, it is still a somewhat alien concept. Not since Omar Henry made his debut at the ripe age of 40 has South Africa had such an “old” cricketer. This can often skew perception because the automatic assumption is that because a player is of a certain age, he cannot possibly keep up with the pace and he is keeping a younger player out of the side. The usual ebbs and flows of form go out the window and everything is immediately pinned on age and it is assumed that the older player is nothing but a passenger. Doubt over abilities now hinges on one thing only rather than a matter of factors. However, this kind of crass judgement is not exclusive to fans. Players too question whether their form, their sight, their temperament will return once it starts to wane in their golden years, despite the fact that many before them played well beyond the expected shelf life of the average cricketer.

Someone of Kallis’ stature deserves some grace. His failures have hardly been shambolic and while some will ride a high horse straight to their ivory towers bellowing that if it were anyone else they would be dropped, the simple answer is that that somebody else is not a player of Kallis’ talents.

Detractors often state because Kallis is being “carefully managed” he can no longer perform the dual role of bowling and batting.

He has bowled 77 in 18 matches, an average of 4.3 overs per game. He didn’t bowl in five of those with four of those “no-bowls” coming in the last two years.

But that is nothing strange. In the two years preceding that, from January 2009 to February 2011, he played 25 matches, bowling 122 overs, an average of 4.9 per game. He did not bowl three times in that period.

Thus, the debate that he is no longer effective as a bowler is almost null and void since that has never been his primary role. In fact, in his early days, he only bowled in four of his first 11 matches.

Over the span of his career, he has completed the quota of 10 overs in 36 matches and bowled eight or more on a further 64 occasions. Kallis has not played much cricket over the last two years. In the nine games since January 2012, he has bowled six or more overs in four of the 11 games he has played.

It could be argued that Kallis is simply not needed as a bowler anymore because of Dale Steyn’s evolution as one a one-day cricketer – Steyn played in all but one of the last 18 matches Kallis has featured in from the 2011 World Cup to date. Having frontline bowlers has always been a strength for the Proteas and Kallis has merely had to fill a back-up role in recent years.

The current series in Sri Lanka is hardly an acid test for World Cup selection. That particular challenge will follow South Africa’s domestic one-day competition and a series against the West Indies. There is loads of time to tinker and ponder before getting overly enthusiastic about the selection. For now, it is worth taking Kallis’ performances at face value without letting ageist tendencies dictate judgement. DM

Photo: South Africa’s Jacques Kallis acknowledges the applause from the spectators after he got out in his last test appearance during the fourth day of the second cricket test match against India in Durban, December 29, 2013. REUTERS/Rogan Ward