Feed a child like a dog: Self-righteousness Inc. trips up 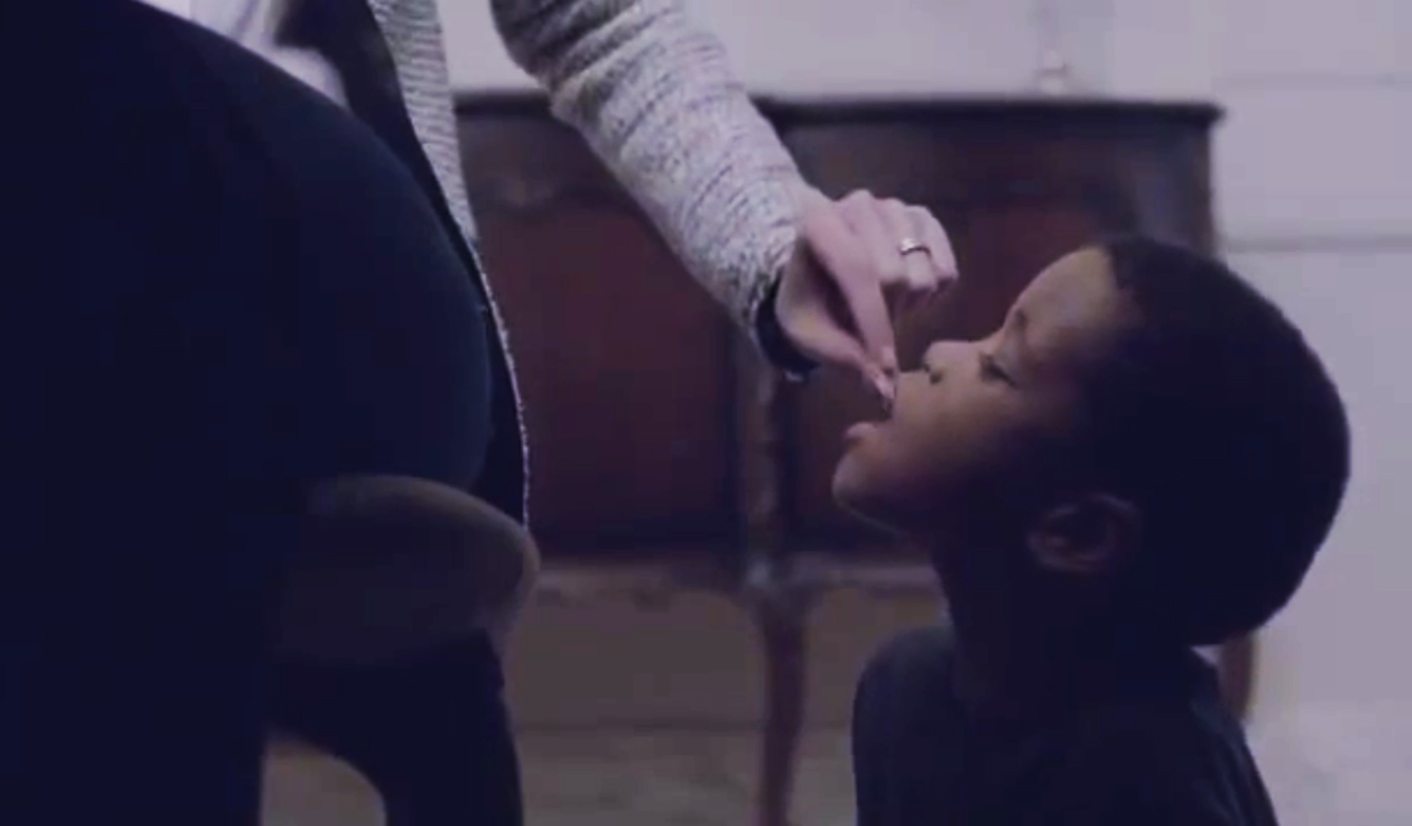 Last week was a not a great moment in the annals of South African activism. Jews compared to pigs. (Or was that pigs compared to Jews?) A black kid portrayed as a lapdog. In the bleeding heart business, where shilling for a cause has become increasingly competitive, shock value increasingly trumps good sense. Is offending us the only way to get us to care? By RICHARD POPLAK.

In the unrelenting bout of industrial electroconvulsive therapy that is postmodern capitalist life, everything—from energy drinks to Julius Malema to breast cancer—everything becomes a product. The selling never stops, but the buying sometimes does—the contents of our wallets are finite, our attention spans short. Every molecule of salesmanship has to be weaponised and launched into the mess of our cerebral cortexes in order to destroy our brains so that we can remember.

So get a load of this: in an advert released last week, commissioned by the NGO Feed A Child, someone thought it would be a good idea to portray a black boy being treated like dog by a white madam. Slight correction: he isn’t treated like a dog—he is a dog. She pops a tasty morsel of food into his open mouth; he licks her fingers; he generally behaves like a miniature poodle. Tagline: “The average domestic dog eats better than millions of children.” The point, I think, is that in a country like South Africa, pets eat better than kids.

I caught the ad only once before it was yanked from YouTube, (you can still see it here) and I thought, man, that is some of the dumbest shit I’ve seen in a long, long time. You travel around Africa enough as a reporter and you become (almost) inured to the self-righteousness that sizzles within every frame of this Feed A Child commercial. I recall being in Juba, South Sudan, and laughing out loud at the preponderance of signs for NGOs that blanketed the nascent city. (Here I am referring to developmental NGOs rather than emergency NGOs like Médecins Sans Frontières). My favourite came courtesy of the UK’s Department for International Development (DfID), which had installed a masterpiece of the form along a rubbish-strewn creek: “Do Not Litter” it commanded. It worked best when read in a prim, Downton Abbey-ish accent.

Problem is, with an illiteracy rate higher than 90 percent, almost no one in South Sudan could read it.

The collision between self-righteousness and stupidity is almost as old as humanity itself. Not all NGOs are both self-righteous and stupid; some are neither. But in the non-governmental feeding frenzy for donor dollars, the means are justified by the ends, even if the ends remain tantalisingly out of reach. In the case of Feed A Child, whose mission is “The Provision of sustainable solutions to uplift human dignity caused by the devastation of poverty”, and whose vision is “To create a self-sustainable culture that positively impacts the economy of the country and all its people”, what could possibly be so important as to stand in the way of, basically, fixing the entire planet with “sustainable solutions”?

Well, how about that dignity? Does Feed A Child place the import of its own cause—which is to say its product—over the sensitivities of a majority of South Africans who have for four centuries been brutalised by what I’ve recently heard described as “uneven racial dynamics”. Dignity is a mutable thing, and its dynamics are not always served by a handout from a well-meaning NGO. Sometimes, dignity is maintained merely by the absence of cynicism. Looked at another way, we’d all be better off were we living in a culture in which advertising executives were willing to forego a cheap race-based visual quip in order to sell a cause.

After all, you don’t offer dignity by negating dignity. The black boy/dog is played by a real child, and although he is acting out a role and (presumably) being paid for it, the set-up feels remarkably like exploitation. All of the power lies in the hands of Feed A Child; the boy’s debasement is the point of the commercial. When we use black children as fodder—as mineworkers or Nike shoemakers or to sell “sustainable solutions” to people with credit cards—the ethical lines fray. Ad hacks have a way of employing the language of art to get around these questions—images have their own intrinsic integrity based on their execution and intent; people’s feelings are less important that the worth of the work. This is bullshit. Advertising is not art. It’s salesmanship. When it makes us feel, it makes us buy.

We come now, as we must, to the question of gaze: who is looking at the black boy/dog? Is this advert meant for, um, black people? I’m sure Feed A Child would be happy to include the black middle class in its donor demographic. But I suspect that the images are meant to shake and shock white folk from their torpor—to remind them that their lifestyles are not just unethical, but unsustainable and cruel. But by employing this element of racial trickery, by dangling the bait of the black boy, the advert is not undermining but reinforcing stereotypes—it is simply another image of black subservience fed to whites who have gorged on them for generations. In this, the Feed A Child ad begins to eat itself.

But still, we must ask, no matter how painful, do we need this commercial? Will it make us better, will it feed our children (or one child), will it change our behaviour? Will a “self-sustainable culture that positively impacts the economy of the country and all its people” be achieved? Um, nope. It is no secret that countries lousy with NGOs—South Sudan, for instance—are in much worse shape than those without any operating within their borders—Sweden, say. Such places never seem to heal because the healing must come from the top. And the flabby middle in which NGOs play, no matter how valuable and vital their work may or may not be, is the no-man’s land of industrial fundraising. It is their world, not ours. We are merely extras in their commercials. DM

Photo: A frame grab from the commercial.