Oscar Pistorius and the paradox of the disabled super-athlete 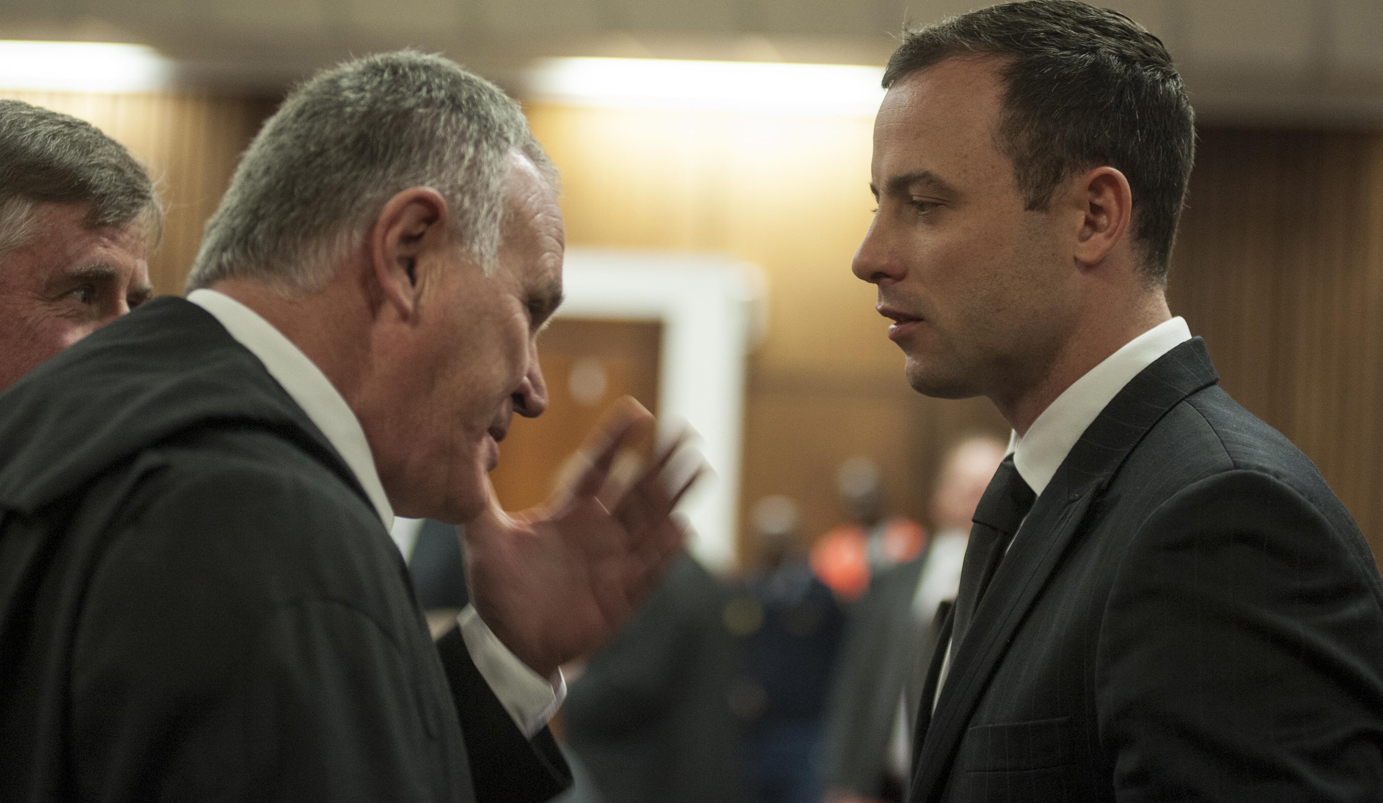 “I’m not disabled,” Oscar Pistorius told a British journalist in 2005. “I just don’t have any legs.” Throughout his athletic career, Pistorius has sought to downplay the impact of his disability. Now, however, his future may depend on emphasising its significance. Last week, the issue of Pistorius’s disability took centre stage in his murder trial. It is now clear that a major pillar of Pistorius’s defence will be the psychology of vulnerability that accompanies his disability. Yet the treatment of disability by his defence team has not been greeted with huge enthusiasm by some disability rights groups. By REBECCA DAVIS.

Back in the day, Oscar Pistorius took every opportunity in public to soft-pedal his disability. A 2007 New York Times article reported that Pistorius refused to park in disabled bays. “I don’t see myself as disabled,” he told the journalist: a sentiment he has expressed elsewhere on numerous occasions. “There’s nothing I can’t do that able-bodied athletes can do.”

Two years previously, in an interview with the Telegraph, he rhetorically queried: “Anyway, what is disabled?”

“Some people view themselves as disabled because they have one or two disabilities,” Pistorius continued. “But what about the millions and millions of abilities they have? So what if you have a leg or two missing?”

The answer to that “so what” may now be what keeps him out of prison. Over the past week of the Pistorius trial, the defence’s expert witness Wayne Derman has been testifying both that Pistorius justifiably feared more for his safety than an able-bodied person, because disabled people are more likely to be the victims of attacks; and that Pistorius’s anxiety over his disability induced a “fight or flight” response which has been observed in other people with disabilities.

Lawyer Ulrich Roux wrote in the Sunday Times that it appeared Pistorius’s defence would be asking Judge Thokozile Masipa to apply not the “reasonable person” test to Pistorius’s actions when he shot Reeva Steenkamp, but the “reasonable disabled person test” – which doesn’t currently exist in our law.

This is the first time that Pistorius’ disability has occupied such a central position in a murder trial that has stretched for over ten weeks. Other aspects to the case, such as debates over responsible gun ownership, have arguably been discussed far more widely. Stellenbosch academic Leslie Swartz noted last year that there had been a relative lack of attention within the South African media and society more broadly to issues of disability around the matter.

For instance, when Women, Children and Persons with Disabilities Minister Lulu Xingwana went on Australian TV after Steenkamp’s shooting and said Pistorius’ behaviour was typical of “young Afrikaner men who are brought up in the Calvinist religion”, she never mentioned disability as potentially playing a role.

Some commentators have chafed at Pistorius’ use of disability as a defence for murder in this case – particularly given his history of downplaying its significance to his life. It was of pragmatic importance for Pistorius to do so, however, because from the mid-2000s onwards he was engaged in a battle to be allowed to compete against able-bodied athletes. In 2007 the IAAF banned Pistorius from able-bodied competition because he had, in a sense, been too successful in this – they believed his Cheetah blades would give him an unfair advantage over other athletes.

Pistorius went from being seen as disabled to being perceived as super-able. Pistorius, researchers at Pennsylvania State University wrote in a 2010 paper, “represents a new category in the hierarchy of bodies – not disabled, not able-bodied, but ‘too abled’.”

He was also seen as not quite human. In their study of media coverage of Pistorius during 2007 and 2008, the researchers found that prominent use of “cyborg” imagery to discuss the athlete “marked Pistorius as deviant and even dangerous”.

On a number of occasions, initial discussions of Pistorius’ running blades included mention of whether he could use them to inflict physical harm on rivals. A TIME article quoted a competitor as describing the sound Pistorius made while running as “like being chased by a giant pair of scissors”: a decidedly sinister image.

Yet Pistorius himself seems to have embraced the metaphor of his body as partly mechanical. He titled his autobiography Blade Runner, a science fiction reference, and posed for advertising campaigns centred on his image as part-man, part-machine – most notoriously Nike’s “I am the bullet in the chamber”.

Pistorius’ dream was eventually realised: he competed alongside able-bodied athletes at the London Olympics in 2012. It seemed the ultimate indication that the athlete had, indeed, triumphed over his disability. It was easy to believe his claim not to see himself as disabled.

And yet while Pistorius wanted to eschew self-identification as disabled, he continued to do important work for others who were disabled. In an interview a few years ago Pistorius said that his real passion was his foundation to help fit prosthetic legs for people who had lost limbs in land mine explosions.

“When I’m finished with sports, I’m not a politician, I’m not a coach, I love what I do at the moment but for me that’s where my heart lies,” Pistorius said. “One day when I retire that’s probably where I’ll spend most of my time.”

The image of Pistorius as having transcended disability has been largely shattered by his murder trial. In recent days the defence has been at pains to stress the athlete’s extremely limited and painful mobility without his prosthetic legs. Explosive footage released by an Australian TV network this weekend showing Pistorius re-enacting the shooting of Steenkamp on his stumps may reveal that some of this was overstated. But the footage provides a jarring contrast to the images of Pistorius the athlete crossing finish-lines in triumph. Social media commentators have admitted to finding the scenes of Pistorius walking on his stumps unnerving: a sign of society’s ongoing discomfort with visible disability.

This latter point is no doubt another reason why Pistorius downplayed his own disability pre-shooting. In his own testimony on the stand he admitted being “shy” and “embarrassed” by people seeing his prosthetic legs.

The psychologists’ reports on Pistorius, completed while he was undergoing mental evaluation at Weskoppies Hospital, have been published on the City Press website, partially redacted, after an agreement was reached with Judge Masipa. Psychologist Jonathan Scholtz’s report specifies that Pistorius suffers “extreme self-consciousness and anxiety about being ridiculed or embarrassed”.

It also indicates that Pistorius’ mother may have had a highly influential role in shaping how her son thought about his disability, bent as she was on treating all her children equally. “The word disabled was never mentioned,” the report states.

Given all this, one can imagine that for Pistorius to now have to lay his disability bare before the world must be the source of considerable anxiety for the athlete. But a number of disabled commentators have expressed concern that the use of disability in his defence may have elements of expedience.

Disabled academic Rosemarie Garland-Thomson wrote in the direct aftermath of the Steenkamp shooting: “As a woman, mother of daughters, and feminist, I seethed with repugnance and outrage hearing that he’d shot Reeva Steenkamp four times, that he had a history of abusive incidents against women. As a person with a disability myself – in fact, a congenital limb reduction like Pistorius – I fear the links that may be made between disability and temperament.”

As it emerged, those links would be made not by callous commentators but by Pistorius’ own defence team.

Last week the president of the (US-based) National Organisation on Disability, Carol Glazer was quoted as describing the use of disability in his murder defence as “exploitation”.

She continued: “Anyone who can figure out how to win an able-bodied track medal in the World Championships, participate in the able-bodied Olympics, and then win a gold in the Paralympics, has figured out how to adapt to his disability.”

It is, again, an indication that Pistorius has been the victim of his own success as an athlete. South African disabled rights advocates have made similar comments. In April, QuadPara Association of SA CEO Ari Seirlis told the Mail & Guardian: “You can’t hold up a gold medal in one hand and a pistol in another.”

Pistorius fought hard not to be seen as disabled. His Telegraph interview in 2005 concluded: “Oscar Pistorius is not a disabled gold medalist and world record holder, merely a gold medalist and world record holder with no legs.” Perhaps unfairly, his success in that regard is now being held up as evidence that his defence must be fundamentally disingenuous. Wherever the truth lies, it is doubtful that Pistorius can ever regain his position as symbolic of triumph over adversity.