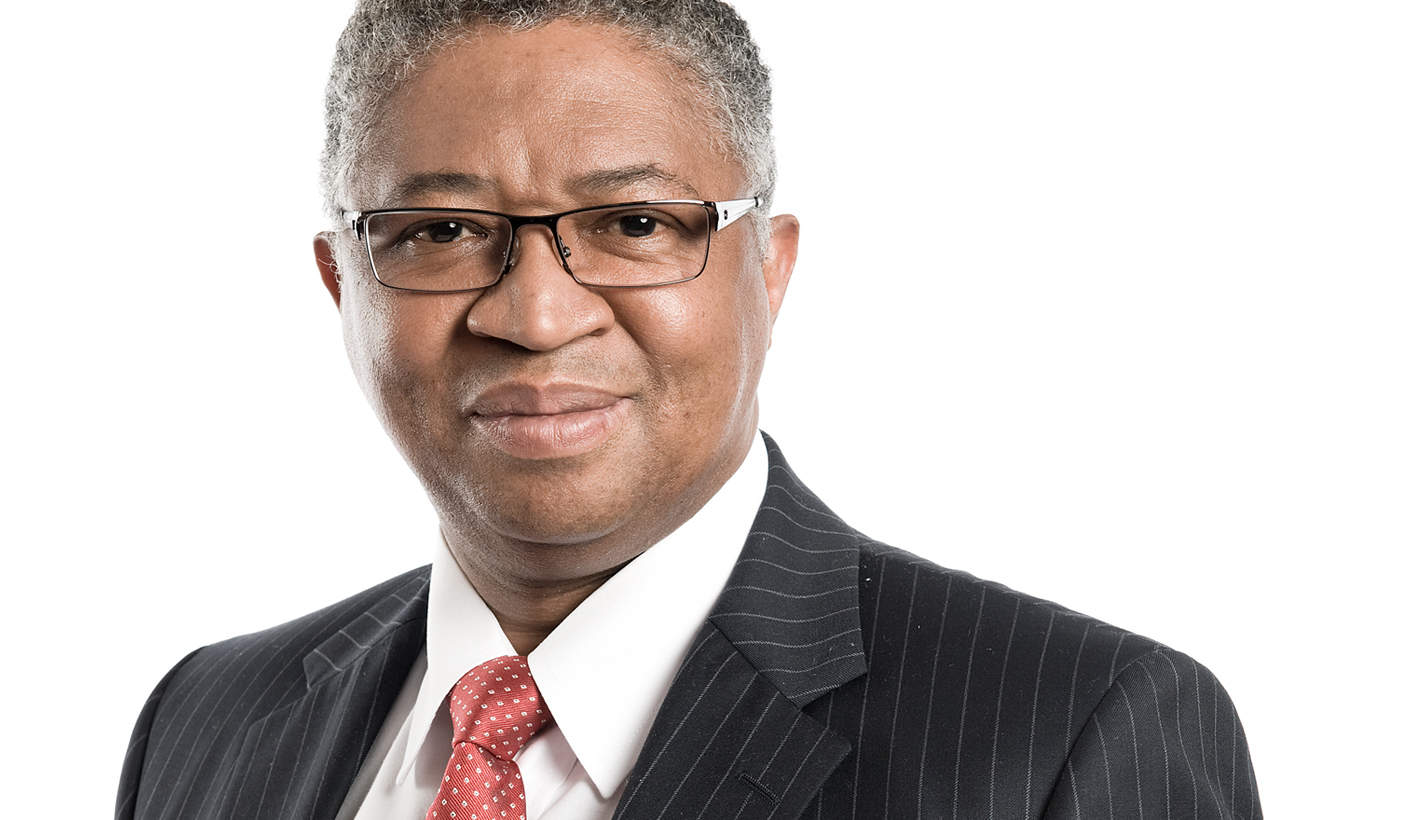 In the week before his sudden death on June 27, Stellenbosch University Rector and Vice Chancellor Russel Botman faced increasing pressure about issues of transformation at the institution. At the core of the conflict was the university’s Centre for Inclusivity, established last year to advise and offer guidance to Botman on how to create a more welcoming and inclusive atmosphere at the university. By MARIANNE THAMM.

“Uproar threatened at Stellenbosch University over transformation” the headline delivered, with the ominous sub heading “Motion of no confidence probably awaits Botman”.

The first paragraph read, “Transformation and the Centre for Inclusivity at the University of Stellenbosch is expected to provoke enormous tension at this morning’s council meeting.”

A week before, the Sunday Afrikaans language newspaper, Rapport, had run a piece by Pieter Malan titled, “Centre bustles without approval”. The story reported that “huge strife threatens the University of Stellenbosch as a result of a ‘transformation centre’ established to ‘manage, support and monitor’ transformation on the Matie campus.”

Most of the newspaper reports quoted several unnamed members of the university council (which decides on policy and broad general direction of the institution) who questioned the establishment and existence of the centre, its legitimacy and its apparent attempts at “smuggling in a rejected transformation plan through the back door.”

A heated debate about the centre did indeed take place at Monday’s council meeting. Botman, says someone who spoke to him that morning, was willing to “take the bullet”. In the end the motion of no confidence wasn’t tabled, some suspecting it had been a threat leaked to the media by Botman’s opponents with the aim to rattle him.

In a statement after the meeting, council chair George Steyn was quoted, “no such was motion was tabled and it is a pity that these malicious rumours were printed on the front page. It is harmful to the institution and Council, as well as the Rector and his Management team.”

The statement further announced that a motion had been adopted “whereby certain members were tasked to draft a proposal for the establishment of a Centre of Excellence.” (Rather than Inclusivity, we assume).

While the generic statement thanked the university’s management “for their efforts to create a more welcoming culture on campus”, it stated Steyn’s unease that some members of council did “express their concern that remarks by staff members associated with the Centre could lead to the alienation of important interest groups (read alumni and influential donors) and have a negative impact on some of SU’s other objectives”.

On the Tuesday morning Botman was interviewed by Anita Visser on the Afrikaans radio station Radio Sonder Grense (listen to podcast here). During the interview Botman said what had become apparent at Monday’s council meeting was that “the majority of the council, and to me it looks to be about 80 percent, are not unhappy but there are some people who are and they will have to put their own case. It is not clear what their case is. But if I sum it up for you from my perspective it is not about the fact that we are transforming but about which aspects of how we are transforming that they do not approve of. And that debate we will still have to have and it is one that we will be having still for a long time.”

Botman told Visser that the university was about to embark on the very important “next phase” of transformation, having already altered its “tradition of exclusion”.

“The first thing we had to get right was to change our profile with regard to race and gender and we have accomplished that through offering bursaries and through recruitment. We are not where we want to be but we are far ahead,” he said.

Botman said the university’s enrollment figures for black students were “still under 40 percent” and that he had wanted to ensure that it reached 50 percent by 2018.

He added that the third phase now was “how to establish equality so that the daughter of the farm worker can feel equal to the son of a farmer. It is a very difficult phase and we are now there. We are trying to ask how do we make everyone feel included in the system. All students.”

Botman reiterated that council was committed to transformation and the creation of a new culture “but the difficult part now is how to move closer and make equality work.”

The controversial “transformation plan” that has caused tension was one of seven documents originally presented to council in April last year under the title “Institutional Objectives and Strategy 2013-2018”. Council had accepted the broad terms of the strategy document. The transformation plan, Botman said at the time, did not enjoy the status of a strategic policy document and council did not have to approve it.

“The centre was established as part of a strategy to create an institution that would help to cultivate welcoming culture, equality, diversity and to help transformation to flourish,” he said.

Critics of the plan, particularly council member Piet le Roux, who is a senior researcher with the Solidarity Research Institute, have said the centre “places questions as to the path of transformation” at the university.

Botman, in an attempt to ease tensions, said that he had issued instructions that the plan should not be used as a basis for the centre’s work and that a new business plan should be presented, which is what he did at Monday’s council meeting.

The original 23-page plan, authored in 2013 and which sparked the kickback, began by acknowledging that Stellenbosch University in 2013 was not the same institution as the one at the turn of the century. Staff and student demographics had changed, there was greater gender sensitivity, events and ceremonies had become more inclusive and multilingualism had been fostered.

“The time has come for SU to deliberately accelerate a robust dialogue about transformation. Such a dialogue has become necessary – and in fact, inevitable – for several reasons. In the first instance, the concept ‘transformation’ has been discredited on campus to such an extent that the vision and strategic objectives of the University have been articulated in terms of non-transformation (and in some instances, anti-transformation). Secondly, the slow pace of fundamental institutional change thus far calls for acceleration, with a refocusing drive for transformation” the plan noted.

The bits that caused most offence to some, however, were those pertaining to the “institutional culture” of the university. Here the authors did not hold back, suggesting that the university had a “normative bias” towards various positions, including “a white majority as opposed to representation of SA demographics (as can be seen from senior-level staff demographics and undergraduate student demographics”,  “a male dominance as opposed to gender equity”, “heterosexual partnerships as opposed to same-sex partnerships” and the clincher, “attaching disproportionate significance to the views of the older-generation alumni and members of the Convocation”.

Some members of the council, say insiders, felt personally affronted by the wording and had lodged complaints.

The point is that Botman was attempting to tread a delicate path between the views of an apparent minority of influential council members and the need for transformation at the almost 150-year-old university with all its history and institutional memory.

In May last year, Botman compared the challenges of transformation to “redesigning and rebuilding a huge passenger plane – while flying it”.

In Tuesday’s radio interview he attempted to mediate concerns saying that he had accepted council’s view that the document (the plan) needed to be brought “in line with a new vision to make the university more inclusive, more innovative and more future-orientated.”

He also mentioned that he had attempted to create a dialogue with those who were unhappy and had in fact made an appointment with one of the council members the previous Friday but that the member had cancelled the appointment at the last minute.

The Daily Maverick learnt on Wednesday (2 July) from a reliable source that on the Friday after the interview (the morning of the day Botman died) a complaint was laid with Registrar Johann Aspeling that Botman had misrepresented the university in the media.

Aspeling is on leave until 14 July and could not respond to our query but Susan van der Merwe, head of Marketing and publications, replied: “To the best of our knowledge Stellenbosch University is unaware of a complaint that has been lodged at the Registrar’s office. If there is such a complaint, it has not been brought to the attention of the University management, as the Registrar is currently on leave.”

The events in the week preceding Professor Botman’s untimely death on Friday 27 June have made it difficult for some those who supported him to grieve.

“It is very painful. There was, judging from the newspaper reports, clearly an attempt to discredit him,” said one close associate.

But Professor Russel Botman knew what he was signing up for and was prepared to continue leading the University of Stellenbosch towards the equality and transformation that formed a core of his vision as Rector and Vice Chancellor and indeed as a human being.

Finding a replacement pilot is going to be a tough mission.

Professor Botman’s funeral will take place at 10am in the DF Malan Centre (ironically one of the buildings at the centre of a name-changing controversy) at Coetzenburg on Saturday, 5 July.

His family have encouraged mourners, in lieu of flowers, to make a donation to the Russel Botman Bursary Fund, which he launched on his 60th birthday in October last year.

“It would be a fitting honour to his legacy and vision to support this fund ensuring its growth as a lasting tribute to him,” said Bev Witten, Senior Director: Alumni Relations. DM