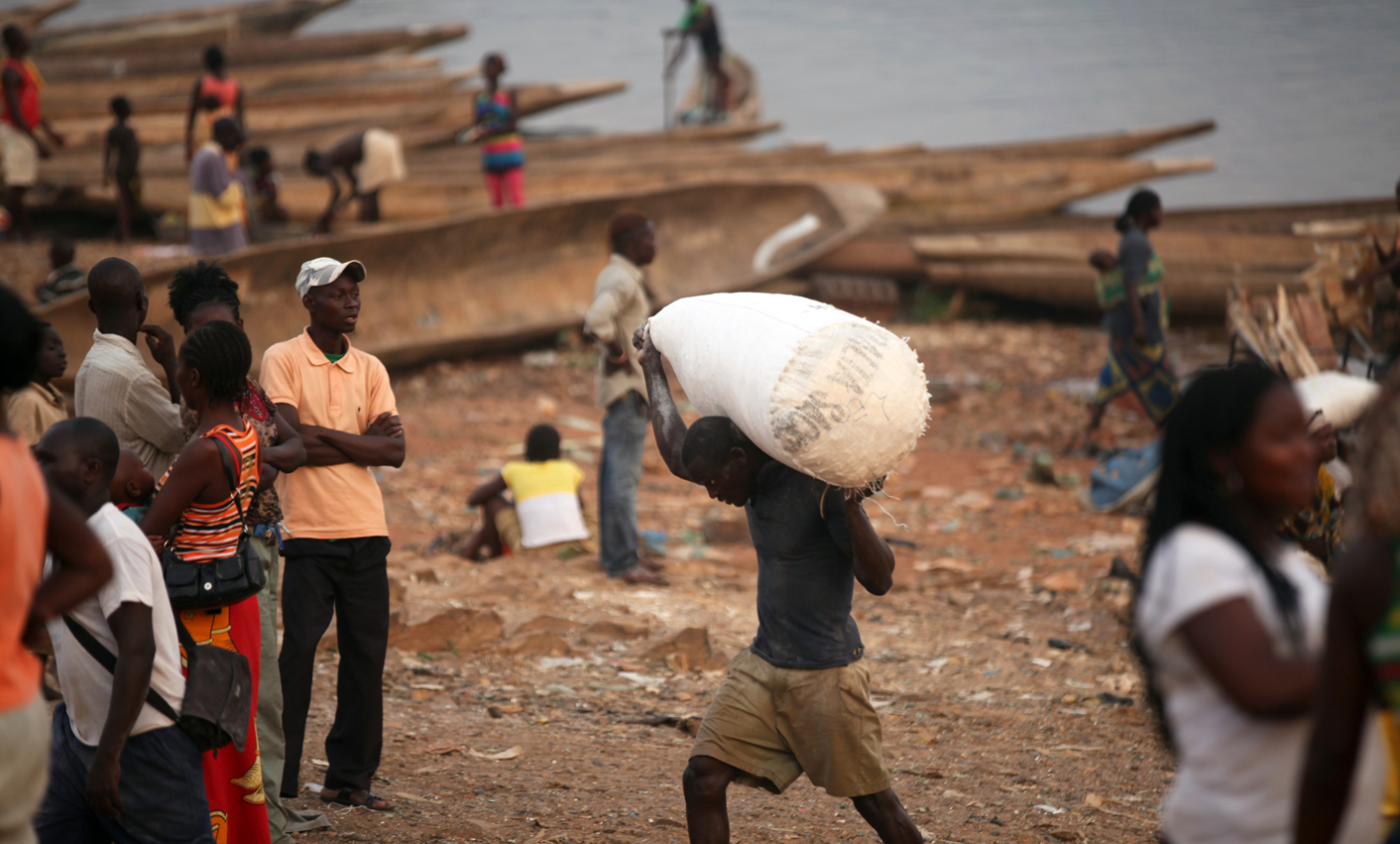 Having only just rid itself of one meddling neighbour, the Central African Republic must now contend with another as Uganda declares war on the Seleka rebels. Already, fighting between Ugandan troops and Seleka forces has killed at least 17 people. Will this compromise Uganda’s role as peacekeeper? By SIMON ALLISON.

Earlier this week, Ugandan troops in the Central African Republic engaged in several fights with rebels from the Seleka movement (the motley crew of mercenaries and militants that, with support from Chad, briefly held power in Bangui last year). At least 17 people were killed – mostly rebels, but at least one Ugandan soldier too.

This raises several questions, the most obvious being: why is there a Ugandan military presence in CAR in the first place? The answer to this has absolutely nothing to do with the current conflict in CAR, and everything to do with a certain Joseph Kony and his wandering, marauding Lord’s Resistance Army (LRA). The LRA has long used the virtually ungoverned spaces of eastern CAR as a base in which to rest, regroup and launch new attacks. For nearly as long, Uganda has been launching cross-border raids, with or without permission from the central government in Bangui, in pursuit of Kony’s men.

Currently, Ugandans lead a 5,000-soldier strong contingent of African Kony-hunters operating all over central Africa, and their presence in the CAR falls under a continental mandate. They are allowed to be there. Their mandate does not extend, however, to any other rebel groups. So why are they fighting with the Seleka, who – although they are on the back foot – continue to be a significant threat to peace and stability in CAR, and maintain control over various bits of territory?

According to Uganda’s always colourful army spokesman, Paddy Ankunda, Seleka were targeted because they have somehow allied themselves with the LRA. “We know we don’t have that mandate but since [Seleka] are in bed with our enemy, we’ll treat them as such,” he said. “Seleka had never tasted our fire. I think it was important that they taste our fire so that they are careful.”

The Seleka themselves have a different version. “If they have proof, let them show it. … There is no reason for us to collaborate with the LRA,” said Colonel Christian Djuma Narkoyo, deputy spokesman for Seleka’s armed wing, speaking to Reuters. Another senior Seleka official said that Uganda had opened fire on the Seleka fighters by mistake, confusing them with LRA militants.

This comes as no surprise.

For one thing, Uganda has a taste for military adventures in Africa. Currently, the Ugandan People’s Defence Force has troops in both South Sudan and Somalia, and has stated that there are plenty more available soldiers for peacekeeping action elsewhere.

For another, in May, Ugandan foreign minister Sam Kutesa promised the United Nations that his country would contribute 400 peacekeepers to MISCA, the African Union-led peacekeeping force in CAR (in September to become the UN-led MINUSCA). This was a little incentive to the international community to support his ultimately successful bid for the presidency of the UN General Assembly. Incidentally, some reports suggest that South Africa – badly burned by its own foray into the CAR last year, when 14 soldiers died during the Seleka’s advance on Bangui – will provide funding and logistical support for Uganda’s mission.

The new peacekeepers haven’t arrived yet, but Uganda is clearly getting a head start on its involvement.

Its bullish, antagonistic attitude towards Seleka is cause for concern, however. MINUSCA’s mandate in CAR is to protect civilians, restore law and order and support humanitarian operations. This will necessarily involve, at some point, processes of negotiation and reconciliation which the peacekeepers will have to oversee. Given Uganda’s public description of Seleka as “the enemy”, can Uganda really be trusted to act as a guarantor for peace? Will Uganda have the perception of independence necessary to mediate between the government, the nominally pro-government ‘anti-Balaka’ militias and the Seleka?

If recent history is anything to go by, probably not. Chadian troops were instrumental in allowing Seleka to seize power last year, but were then incorporated into the African peacekeeping force. This didn’t end well. The UN reported that Chadian soldiers were directly implicated in atrocities committed in conjunction with Seleka forces against civilians. Protests against Chad’s presence were regular occurrences in Bangui, and elicited nasty, violent responses from Chadian soldiers. Eventually, Chad’s President Idriss Deby pulled his troops out of the peacekeeping force in a huff, but not before they had seriously undermined MISCA’s credibility.

By picking a pre-emptive fight with Seleka, Uganda risks repeating Chad’s mistakes in the CAR, damaging the already frail hopes for peace and stability in a country that needs it desperately. DM

Photo: A man carries a bag with cassava, also known as manioc, at the river Ubangi near the border between the Democratic Republic of Congo and Central African Republic, 16 February 2014. EPA/LEGNAN KOULA