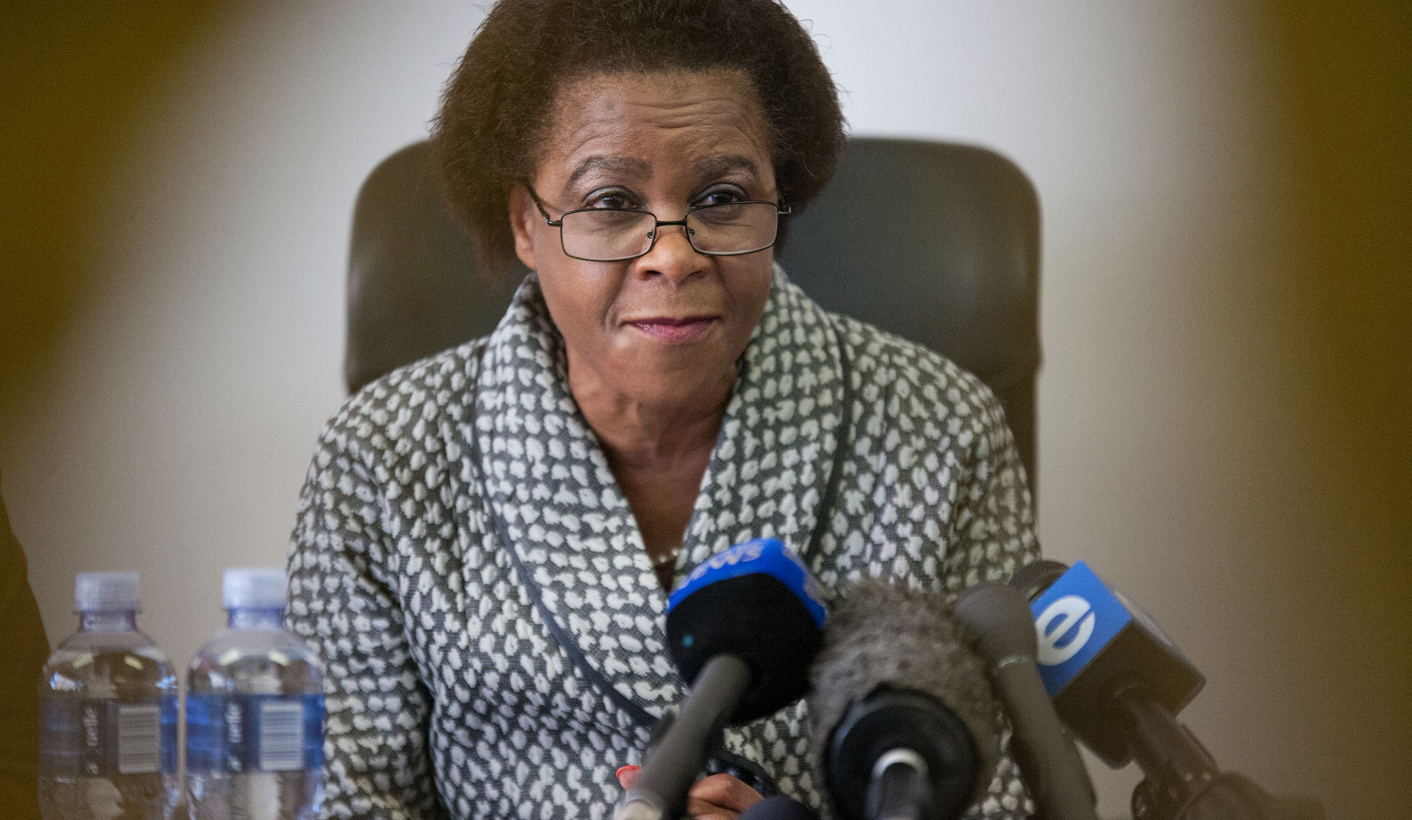 It was not without irony that the story about Agang SA’s latest financial controversy first broke in the New Age recently. The newspaper initially reported that the party's chairperson Mr. Mike Tshishonga had laid a charge, claiming that Dr. Mamphela Ramphele had fraudulently gained direct access to the IEC refund deposited in the “party political account”. Other reports seemed to rubbish the claim. This week, there was wide press coverage detailing a further twist in the unfolding political drama. By GREGORY SOLIK.

The latest: Apparently Ramphele was suspended after she allegedly made major decisions without consulting the NEC, including appointing a task team and dissolving the NEC. However, according a report in the Business Day, Ramphele remains the leader of Agang SA, and moves by some within the party to suspend her are “unconstitutional and invalid”, party interim spokesman Philip Machanick said on Monday.

But in what sense are the moves unconstitutional?

In one sense one faction of the party may be referring to the “Constitution and Rules”, which can be found on Agang’s website. The perfunctory document is an interim Constitution designed to establish basic rules and procedures of operation. It says nothing about how decisions to merge with other political parties should be taken, or how Parliamentary seats should be filled. In fact, the sections on “Powers and Functions of the President” and “Powers and Functions of the Executive Committee” serve as overwhelming confirmation that AgangSA was subject to the autocratic control of its leader, Mamphela Ramphele. For example, the main duty of the “the Executive Committee” – the highest decision-making body of the Party (subject to the President having final ratifying powers) – is to “[give] advice to the president on all functions of the Party.”

Does the South African Constitution permit such dictatorial behavior? That depends entirely on how we view the nature of political parties. The Preamble to the Constitution is a political ode to our social contract. It is here where elected officials are introduced to their Constitutional mandate. Their role is affirmed by section 1 of the Constitution, which proclaims that regular elections and a multi-party system of democratic government is necessary to ensure accountability, responsiveness and openness. In light of their Constitutional mandate, should the administration of political parties be subject to a different kind of scrutiny, then say, private companies? Similarly, what about public companies?

In August 2003, the Western Cape High Court considered the nature of political parties in the now infamous party funding decision of Institute for Democracy in South Africa v ANC and Others. Importantly, the court decided that political parties are private bodies; like any other voluntary association – for example, the bridge club down the road. In other words, it cannot be said that political parties are public bodies under the Constitution. Because of this, annual reports, cash flow statements, loan accounts, asset registers, procedures for receiving public and private money, expenditure on advertisements during campaigns and all other related information is kept secret. Some noise has been made about party funding, but in this context, the almost comical case of AgangSA calls for a different focus, political party administration more generally.

As stupefying as it may be, political parties are widely considered to be private bodies, subject only to the principles of natural justice. This is so even though the ANC, for example, is undoubtedly the most important public institution in the country.

Despite this prevailing wisdom, there is a very strong argument to be made that political parties cannot be equated with other private entities and should be treated differently in the same way that we approach, for example, powerful regulatory councils, or even the Johannesburg Stock Exchange (as was the case in two landmark decisions where the public power of private bodies was considered).* Previous findings by our courts that political parties should be treated similarly to wholly private entities except in narrow cases where they exercise clearly public powers, for example in Marais v Democratic Alliance 2002 (C) – should be treated with extreme circumspection and limited strictly to their facts. In our constitutionally democratic system it goes without saying that political parties occupy the centre stage and play a vital part in facilitating the exercise of political rights.

The recent decision by the Constitutional Court in Ramakatsa v Magashule affirmed this understanding. In that groundbreaking case, the Constitutional Court considered a meeting of the ANC Free State Provincial Executive Committee mulcted by irregularities at a branch level. Writing for the majority on the merits, the Deputy Chief Justice held that constitutions and other rules of political parties, including their internal affairs, must be consistent with the Constitution.

As soon as political parties, or associations of people with political aspirations earn a seat in any legislative body or municipal council, the entire nature of the political party in question changes from being essentially private, to essentially public. While some activities naturally will be considered “private” – such as branch meetings, formulating policy, hiring party political staff, the overarching framework becomes one of public power and responsibility. This subjects political parties to a different normative framework.

Many political commentators have been cynical about the potential Agang’s contribution to the national debate. Ironically, this scandal offers the country an opportunity not yet seized: what changes when a gang of hopeful political actors muster enough votes to represent citizens in Parliament? My instinct tells me, everything. DM