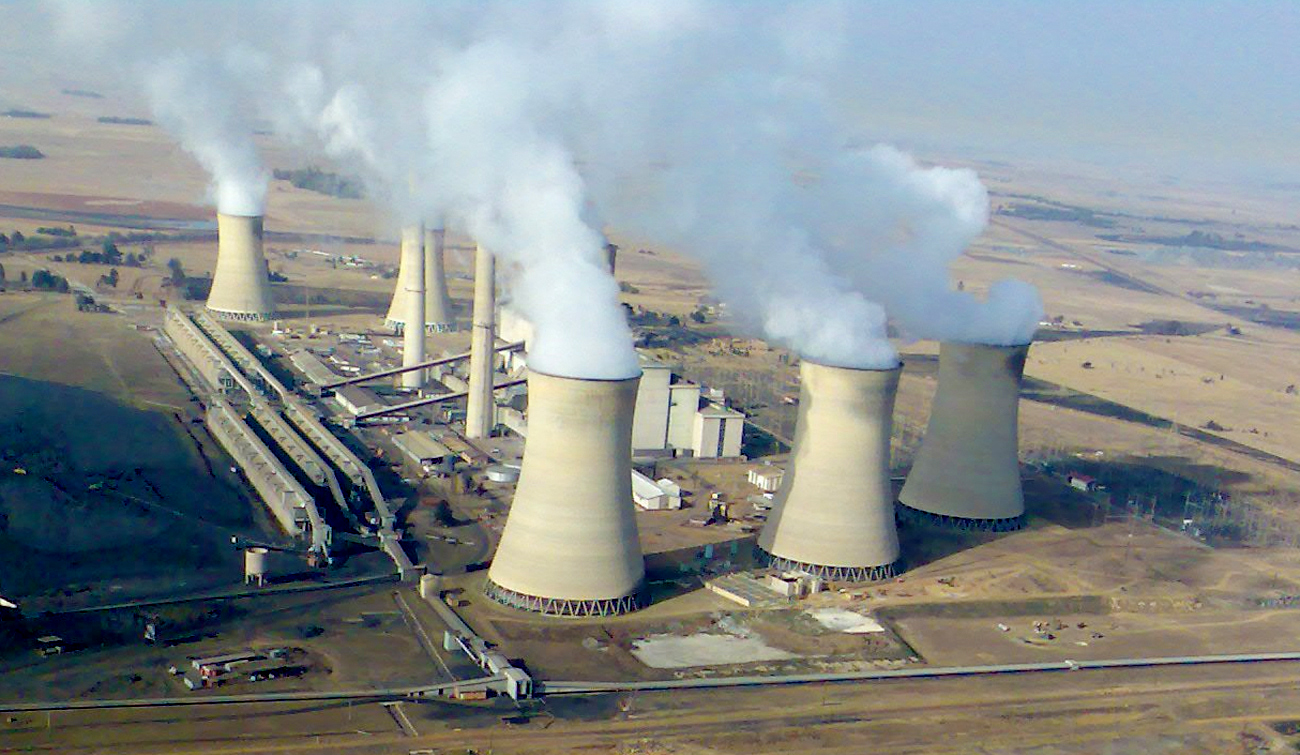 Breathing air that does not damage health is one of the most important constitutional rights. But some municipalities on the polluted Mpumalanga Highveld are battling to enforce the Air Quality Act. By ROBYN HUGO for GROUNDUP.

Polluting the air is a necessary consequence of these industries’ operations, and they are entitled to operate, provided they comply with their atmospheric emission licences and air quality legislation.

But, because the air pollution in the area already exceeds the levels considered acceptable to health, wellbeing or the environment (contained in ambient air quality standards), specific air quality management action is required. As a result, the then Minister, in November 2007, designated the Highveld Priority Area in terms of the National Environment Management: Air Quality Act (AQA).

An Air Quality Management Plan has been developed for the area, and polluting industries are required to develop emission reduction plans to limit air pollution. The ultimate aim is to bring air quality in the area within ambient limits.

In terms of the Act, metropolitan and district municipalities are responsible for implementing the atmospheric emission licensing system.

But on a visit last month to the Steve Tshwete Local Municipality by the Centre for Environmental Rights, accompanied by partners groundWork, Greenpeace, the Mining and Environmental Justice Community Network and the Greater Middelburg Residents Association, officials said budget constraints were making it hard for them to meet their responsibilities.

The municipality covers a geographical area of 3,993 square kilometres and includes the towns of Middelburg, Mhluzi, Hendrina, and twelve others. Samancor Chrome, four Eskom power stations, Shanduka and Columbus Steel are among the industries within its jurisdiction.

Officials said budget constraints significantly hamstring the municipality’s ability to comply with its AQA responsibilities. It cannot, for instance, designate an air quality officer responsible for co-ordinating air quality management (a statutory requirement), and has not yet developed the required air quality management plan for inclusion in its integrated development plan.

Especially worrying is the fact that there is only one functional ambient air quality monitoring station in the municipality’s jurisdiction – at Extension 5 – which was donated by the Department of Environmental Affairs. The Steve Tshwete Local Municipality’s monitoring stations at Mhluzi and Columbus have been out of action for over two years.

Officials said the municipality had not been able to purchase the two analysers required for the stations, which cost between R300,000 and R400,000 each.

Two other monitoring stations were donated by the Mpumalanga Department of Agriculture, Rural Development and Land Administration, at Gholfsig and Hendrina. However, we were told that, because these are not calibrated, the data were not reliable. The contract with the last service provider expired a year ago and no provider can be found who is prepared to maintain the stations for the amount the municipality has available to pay.

This means that the quality of the air in these areas – despite falling squarely within a larger area identified as an air quality problem area – cannot be tested to determine whether or not there is compliance with ambient standards.

There is incontrovertible research demonstrating the significant and devastating health impact of air pollution. Recently, Eskom was forced, in response to an application by our organisation in terms of the Promotion of Access to Information Act, 2000, to release two 2006 health impact reports it had commissioned. These revealed, among other things, that, even when there were only eight Eskom power stations in Mpumalanga, “current Eskom power stations were cumulatively calculated to be responsible for 17 non-accidental mortalities per year and 661 respiratory hospital submissions”.

There are now twelve Eskom power stations in the area. Eskom, along with other industries (including Sasol), have applied for postponements from complying with the minimum emission standards which will apply from April 2015. In Eskom’s case, many of these postponements are effectively exemptions. Some of Sasol’s applications are specifically for exemption. It is clear that if these applications succeed, air pollution – with its serious health impacts – will be exacerbated. This is clearly contrary to the aim of declaring this Priority Area.

Unless municipalities like Steve Tshwete Local Municipality receive urgent support and assistance from other government spheres to develop their capacity – a constitutional requirement – they are unlikely to be able to perform their air quality obligations effectively.

The casualties of this failure will continue to be the residents of Mpumalanga, already confronted on a daily basis with potentially life-threatening air pollution. DM

Robyn Hugo is an attorney at the Centre for Environmental Rights. This article was first published on groundup.org.za