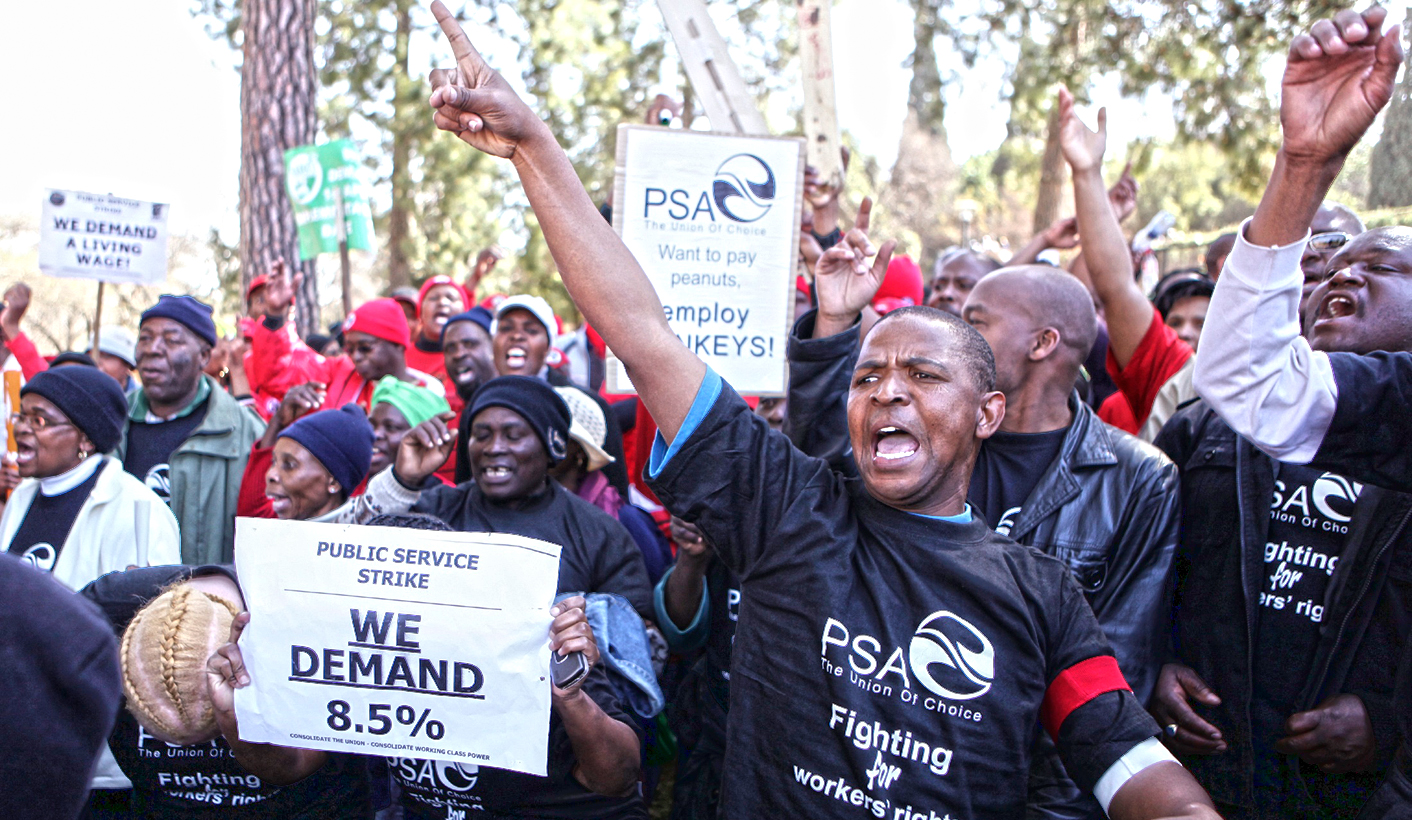 South Africa may well be the strike capital of the world. Last week saw the end of a five-month strike in the platinum sector. It’s been reported that the striking mine workers lost about R10.6 million and the platinum industry lost R24 billion in revenue in the stalemate between the Association of Mine Workers and Construction Union (AMCU) and the three platinum mining giants involved. By Pontsho Pilane and Rumana Akoob for THE DAILY VOX.

The downgrading of South Africa’s credit rating earlier this year was attributed partly to the strike, and the severity of the strike led mineral resources minister Ngoako Ramatlhodi to conclude that it might be time to change labour laws to prevent such lengthy strikes in future.

Now, with members of the National Union of Metalworkers of South Africa (NUMSA) on strike, the spotlight back on protest culture in South Africa. The Daily Vox looks back at five post-democracy labour strikes that almost brought the country to its knees.

Public servant strike, 1999
At the time, the 1999 strike was the largest protest since South Africa’s democracy. Government offered a 6.3% increase but workers were demanding 7.5%. Although it was only a one-day strike, approximately 600,000 workers downed tools across the nation. This strike followed large scale restructuring in the public sector and highlighted two main concerns of public servants: government’s involvement in the wage negotiations of public servants, and the possible reduction of the number of people employed by the state.

Public servant strike, 2007
This 2007 strike lasted 28 days and resulted in most schools and hospitals closing. Public servants rejected government’s offer of 5.3%, demanding 12% instead. The strike was supported by public transportation systems such as taxis and buses and at least 43 marches took place countrywide. Police officers, who are public servants and considered part of essential services, were not allowed to go on strike but a ruling made by the Johannesburg Labour Court found that civilians employed by the South African Police Service could go on strike. In the end, the parties settled on a 7.5% increase.

Public servant strike, 2010
In 2010 1.3-million public servants, including nurses, health practitioners and teachers, embarked on a 20-day strike for higher wages. The strike, made up of teachers and hospital staff, started after members rejected government’s offer of 7% and a R700 housing allowance. The rejection was motivated in part by government’s excessive expenditure on the 2010 Soccer World Cup, which left strikers unconvinced of the state’s claim that it could not meet their demands. The public servants asked for an 8.6% wage increase and R1,000 a month housing subsidy. After a gruelling three weeks, the parties agreed to a 7.5% increase. Economists estimated that the strike had cost the state over a billion rand a day.

Doctors’ strike, 2009
Doctors went on strike in 2009 after government failed to implement the occupation specific dispensation (OSD) decided on two years earlier, which would see their salaries increased in line with international standards. They demanded a more than 50% raise in pay and improved working conditions. During the strike 300 doctors were dismissed and 16 doctors from KwaZulu-Natal faced disciplinary action after they allegedly ignored life-threatening emergencies. The doctors returned to work after both parties committed to returning to the negotiation table. The state has since largely implemented the OSD.

Farmworkers strike, 2012
The 2012 De Doorns farm workers’ strike lasted four months, with thousands of workers downing tools. There were widespread claims of police brutality and three protestors were killed during the strike. In the end a minimum wage increase from R69 to R105 a day was agreed on. An exemption from the minimum wage increase was made for farmers who could prove that they could not afford to pay their workers the increase. DM

This story was first published at http://www.thedailyvox.co.za