Makhura and e-tolls: The audacity of hope 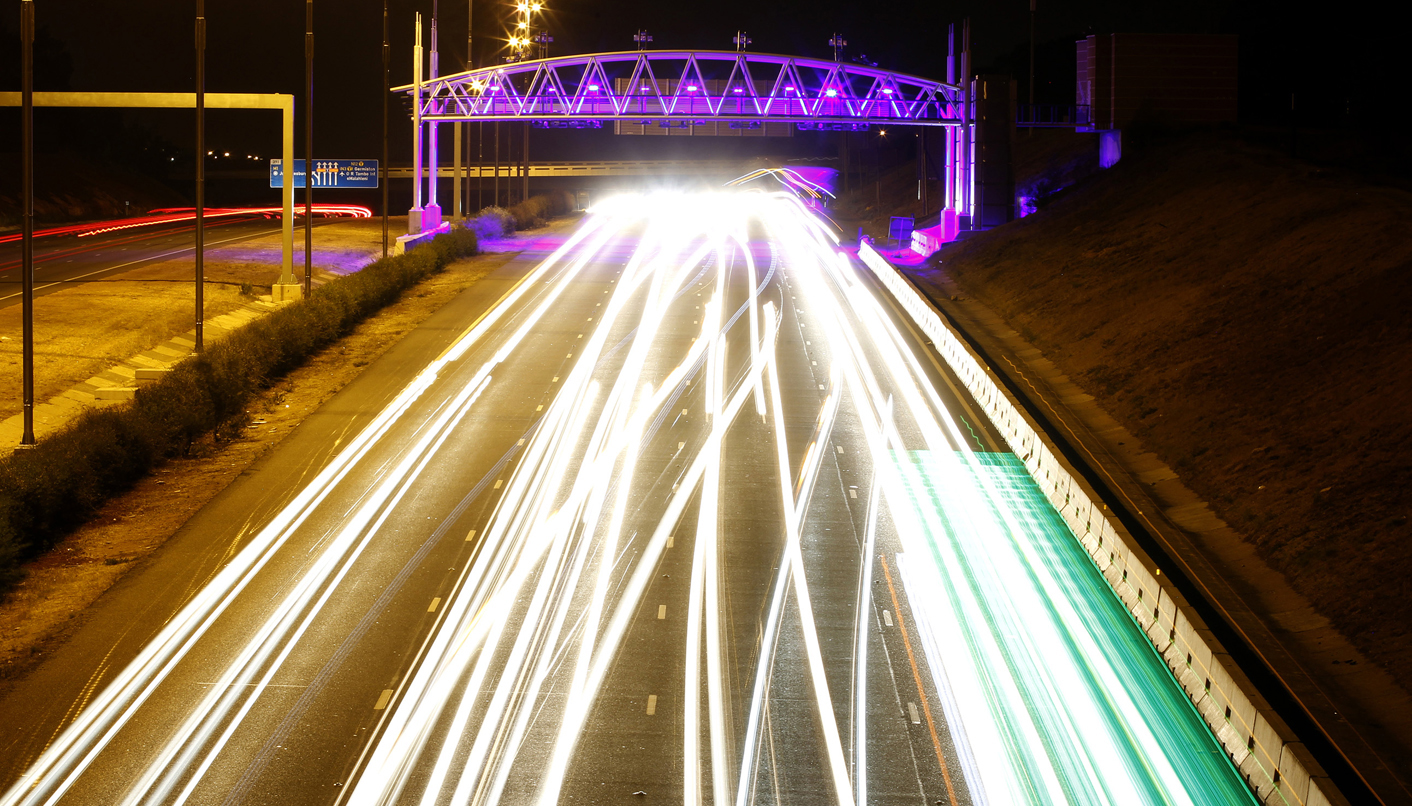 What can Gauteng Premier David Makhura do that former Deputy President Kgalema Motlanthe, former Finance Minister Pravin Gordhan and a host of other Cabinet members were not able to do to reverse the e-toll system? That is the R20 billion question in the wake of Makhura’s bombshell announcement last week that he is instituting a review of the impact of e-tolls. Is it really possible that e-tolling could be scrapped in Gauteng or is this a grand political gesture to pacify anger and do damage control around the e-tolls nightmare? By RANJENI MUNUSAMY.

The great irony of Gauteng Premier David Makhura announcing that he is setting up a panel to review the impact of e-tolls is that the idea of developing the province’s roads and funding it through a user-pay system initially came from the Gauteng government. In 1999 the provincial government took a decision to upgrade Gauteng’s road network but did not have the funds to do so. It also did not have the powers to toll the roads as it is a national competence.

There was much anxiety that the massive road upgrade should be completed before the 2010 FIFA World Cup, and indeed it was. The buses carrying the 31 visiting teams floated on the open roads and FIFA president Sepp Blatter was not bothered by potholes or traffic congestion for the month he commandeered South Africa.

It was only after the tournament was over that the introduction of e-tolls became a matter for public discussion. From then on, it became a battle between Gauteng and the national government, with the ANC in the province clearly opposed to the e-tolling system. With Cosatu in the mix, leading public marches and go-slow drives on the freeways, e-tolls grew into a steaming hot political potato.

The genesis of the project is why e-toll advocates in the national government react with frustration whenever Gauteng throws its toys about the user-pay system. The problem, they say, is that there is no way to undo e-tolls without further damage to the economy.

President Jacob Zuma signed e-tolls into law in September last year, allowing for the commencement of e-tolling in December. Zuma signed the Transport Laws and Related Matters Amendment Bill despite sustained political pressure and the possible negative effects on the ANC’s election campaign in order to rescue Sanral from a further credit downgrade. If the roads agency had its credit rating downgraded further by ratings agency Moody’s, this would have impacted the borrowing power of other parastatals.

In an affidavit before the Constitutional Court in an earlier case between government and the Opposition to Urban Tolling Alliance (Outa), former Finance Minister Pravin Gordhan warned that South Africa would face a dark economic future if e-tolling was not allowed to proceed. With South Africa’s economic outlook even gloomier now, it will presumably be even riskier now to open the e-tolling system up for public debate.

But is that what Makhura is doing?

In February 2011, the ANC in Gauteng issued a statement saying the following: “The current toll road plan as it stands at the moment will have devastating consequences for the people of Gauteng and the economy… A task team will be established to look at a comprehensive public transport strategy. The task team will also conduct an impact study of the tolling system.”

Compare that to what Makhura said in his State of the Province address on Friday: “The people’s voice must be heard on all the issues that affect our province. It is against this background that we shall also set up a panel to review the impact of e-tolls and invite new proposals on how we can find a lasting solution to this matter, working with the national government, municipalities and all sectors of society.”

So, we have been on this ride before. A new public process will reveal the level of anger and frustration with the system in operation. It will enhance public defiance against e-tolls. It will expose the sham that the billing system was destined to be. The panel will be inundated with complaints about Sanral’s bullying and threatening techniques. It will hear how ordinary motorists and business cannot cope with the financial burden of travelling around Gauteng. The panel will be told that the e-tolls promote public distrust and disdain for the government. And all this will make the continued operation of the e-tolls untenable.

But then what? Once Premier Makhura’s review is complete, will he then be able to say: Clearly this is not working out, let’s scrap it? The thing is, Makhura and his government have nothing to do with the roads now and therefore cannot take any decision about them. Makhura’s predecessors ceded control of the roads that did belong to the province to the national government. E-tolling is a national competence so only the national government can take a decision about its future.

So far, there is no indication from the national government that it supports the establishment of review panel on e-tolls and will study its findings. So what would need to happen is that once the panel completes its work, Makhura and his executive will have to lobby national government to consider alternatives to e-tolling, such as a fuel levy.

It is not as if alternatives have not been considered before. Former Deputy President Kgalema Motlanthe led an inter-ministerial team to negotiate with all the parties that were unhappy with e-tolls, including Cosatu and Outa. The process failed to bridge consensus and government rejected the fuel levy as a viable alternative to e-tolling.

So, why then would Makhura announce a new public process and give hope that e-tolls are being scrapped? Clearly the ANC’s election performance in Gauteng was a big shock and the drop in support was attributed in part to the introduction of e-tolls. The province has now lobbied for a process to seek alternatives to e-tolls, and they have obviously been given the space to do so. But whether this process could eventually lead to the scrapping of e-tolls is doubtful.

The ANC undertaking to review the system and giving people false hope could in fact be more disastrous for the party than had they just ignored the issue. Makhura asked that people continue to pay the e-tolls while the review is in progress. But why would people give away their hard-earned money if the expectation was created that the system would be scrapped?

Someone had better have thought this through to its logical conclusion before it was announced or the ANC will have a lot more defiance votes to contend with in the 2016 local government elections than it did in the May 7 elections.

Sanral, which is in the dogbox again after the Advertising Standards Authority found it guilty of misleading advertising, has yet to respond to the Gauteng premier’s announcement and the impact on its image and operations.

Makhura will clearly win the hearts and minds campaign if this came to a political showdown. But legally, the much-hated roads agency is in the clear – unless something really dramatic happens. Until Makhura finds someone in the national government willing to take the baton from him and run with it, he might end up with a whole lot of egg on his face. DM