Strike of the month: Welcome to metals & engineering 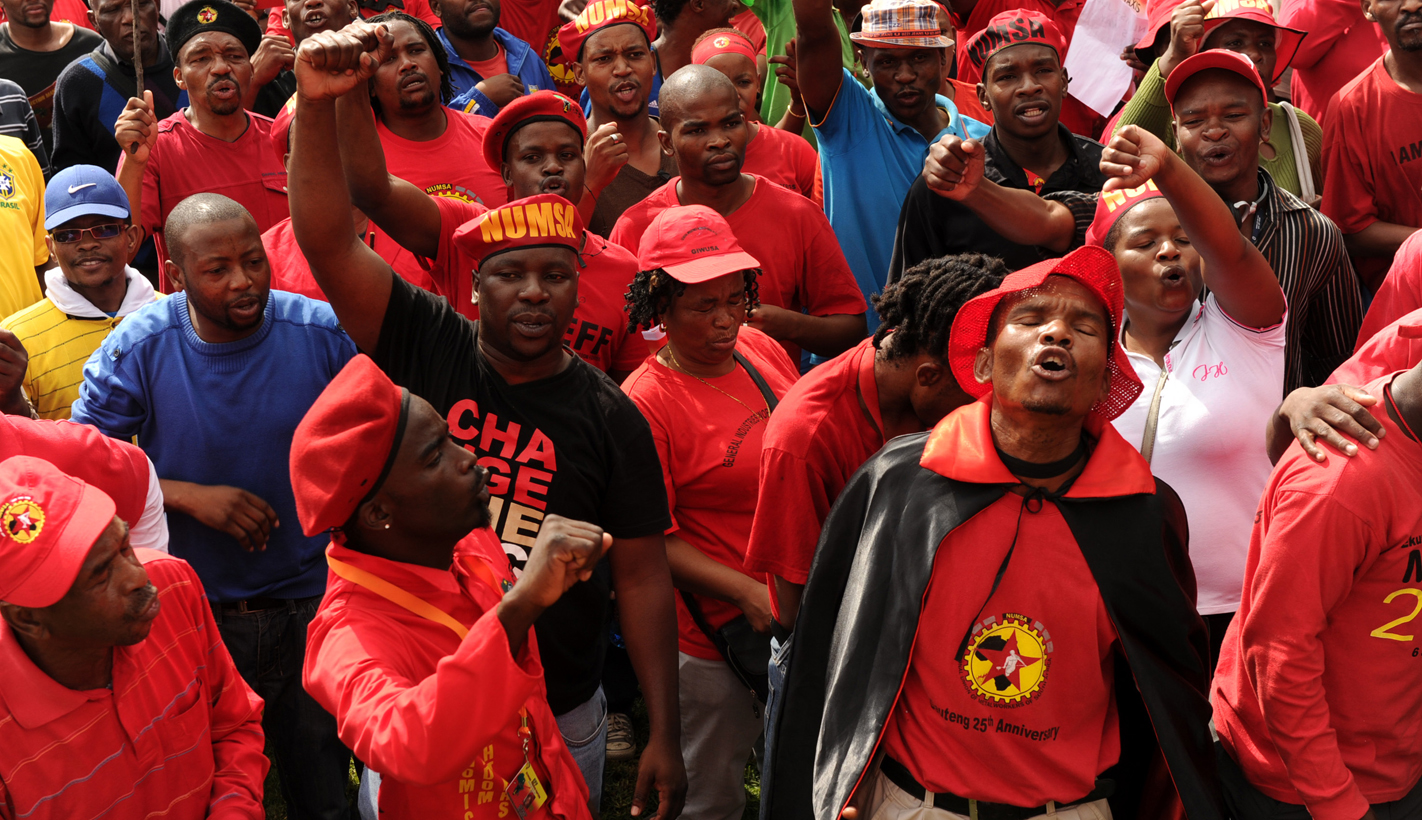 On Tuesday, only a week after the resolution of the platinum strike, the National Union of Metalworkers SA (Numsa) will embark on a strike in the metals and engineering sector. As the factories grind to a halt, GREG NICOLSON unpacks the issues.

Negotiations that have taken place through the Metal and Engineering Industries Bargaining Council (MEIBC) are complex, with six unions and multiple industry bodies involved. However, most of the unions have both wage-related and non-wage related demands that have fluctuated in recent months.

Wage demands have lowered from 20% to 15% and finally 12% recently as the 2011-2014 agreement expires on 1 July. The unions want a one-year deal. Speaking on Sunday, Numsa Deputy General Secretary, Karl Cloete, said the union, which has 220,000 members in the metal and engineering industries, is looking for a double-digit increase.

The previous three-year agreement, which helped secure industry stability, came after a two-week strike in 2011. It featured 8-10% increases in the first year followed by 7-8% increases. This time, the unions are also calling for the scrapping of labour brokers, and, in some cases, are demanding companies don’t hire workers on the Employment Tax Incentive scheme.

The agreement will affect over 10,000 businesses and the industry has a turnover of R335 billion, according to an employer representative, the Steel and Engineering Industries Federation of South Africa (Seifsa). Organisations like Scaw Metals, Bell Equipment, Aveng Trident Steel, CBI African Cables, Murray & Roberts, and Aberdare Cables are just a few of those that will be affected.

“This was not an easy decision,” said Numsa’s leadership on the decision to strike, “but a painful one, since the principle of ‘no work no pay’ will be applied by the intransigent bosses. It has never been in our agenda to call a strike; this strike has been imposed on us. Ours is to use the strike, as part of a tactic to exert organisational pressure to the bosses, to return to the table and present an offer acceptable to our members.”

While not all unions are embarking on a strike, most employees in the sector won’t be going to work on Tuesday. Seifsa, which claims 51% of the industry’s organisations as members, issued a lockout notice to all unions involved. That means over 200,000 workers won’t be allowed to go to work, whether they’re on strike or not. Numsa General Secretary, Irvin Jim, said the lockout would unify workers, as “scabs” can’t replace them. “We always smile when the bosses lock us out,” he said on Sunday.

The decision outraged trade union Solidarity, which represents 22,000 workers in the industry, as their members who aren’t on strike can’t work. Solidarity General Secretary, Gideon du Plessis, praised the National Employers Association of South Africa (Neasa), which will only lock out striking workers.

Employer bodies say their offers are generous and the unions must consider the economy. Seifsa CEO, Kaizer Nyatsumba, recently said employers had made two “good wage offers”, but they now think the unions were always intent on striking.

Seifsa raised its original 6.1% inflation-tied offer and has put a three-year deal on the table. Lower paid workers would get an 8% increase in 2014, then inflation +1% in the following two years. Higher paid employees would get 7% this year with inflation-based increases for the next two years. During bargaining council discussions, the employers have spoken about addressing non-cost demands. They may promise jobs created through the Employment Tax Incentive scheme will not result in a corresponding job losses. They could also assure unions they will adhere to the new regulations on labour broking and give all workers under labour brokers the same deal.

Mirroring positions taken in the recent platinum strike, the employer associations say double-digit wage increases are unaffordable in the current economy. Before negotiations began, Seifsa said it costs at least R7,000 a month to employ an entry-level worker. “Our approach to the negotiations has been informed by the need to maintain existing jobs and to create new ones. We are concerned that our economy has not performed well in recent years, with the metals and engineering industry being among the sectors most threatened by cheap imports,” Nyatsumba said during negotiations in May.

After Numsa declared its strike, the Seifsa CEO stated, “It is deeply regrettable that, at a time when our economy is under a considerable strain, our partners in labour would fail to appreciate the potential consequences of their actions. All of us need to accept that the world does not owe South Africa anything. Instead, we, like all other countries, have to compete for investments and to compete against manufacturers based in other parts of the world, who get their products here at a cheaper price than we produce them.”

Neasa CEO, Gerhard Papenfus, continued the attack, accusing the union of not being serious about wanting to create jobs. The strike will lead to loss of production, disrupt employee income and harm potential investment in the country, he added.

The state is also weary of another protracted strike. Communications Minister, Faith Muthambi, appealed to stakeholders after a cabinet meeting last week to find a resolution and help grow the economy. The Department of Labour has contacted Numsa and the union may meet the minister soon to discuss what can be done. The metals and engineering sectors are crucial for other industries such as manufacturing, which has already seen a fall in output this year.

Numsa has rejected accusations that it’s sabotaging the economy. “We reject with contempt the notion that Numsa is responsible [for the struggling economy],” said Cloete. On Sunday, the union said it’s pushing for a living wage, as the Freedom Charter prescribes, and it’s doing so using legal and non-violent means. “This strike is about rejecting the race to the bottom,” said Jim, claiming that while executives continue to profit in both good and bad times, workers aren’t benefitting.

For the economy, there could be worse times ahead. Numsa can’t reach a wage agreement with Eskom and will stage a picket this week, which could be followed by an unprotected strike. It has accused the parastatal’s bosses of failing to address the plight of workers and if they don’t an agreement isn’t reached soon the electricity supply could be threatened. “We will not take responsibility for the lights being off,” said Jim, accusing Eskom of allowing the tense situation to fester while hiding behind essential services laws, which the union is likely to challenge.

While the factories and perhaps the economy grind to a halt, negotiations continue. DM

Photo: National Union of Metalworkers of SA (Numsa) members demonstrate during a march for jobs in Johannesburg on Wednesday, 19 March 2014. Picture: Werner Beukes/SAPA