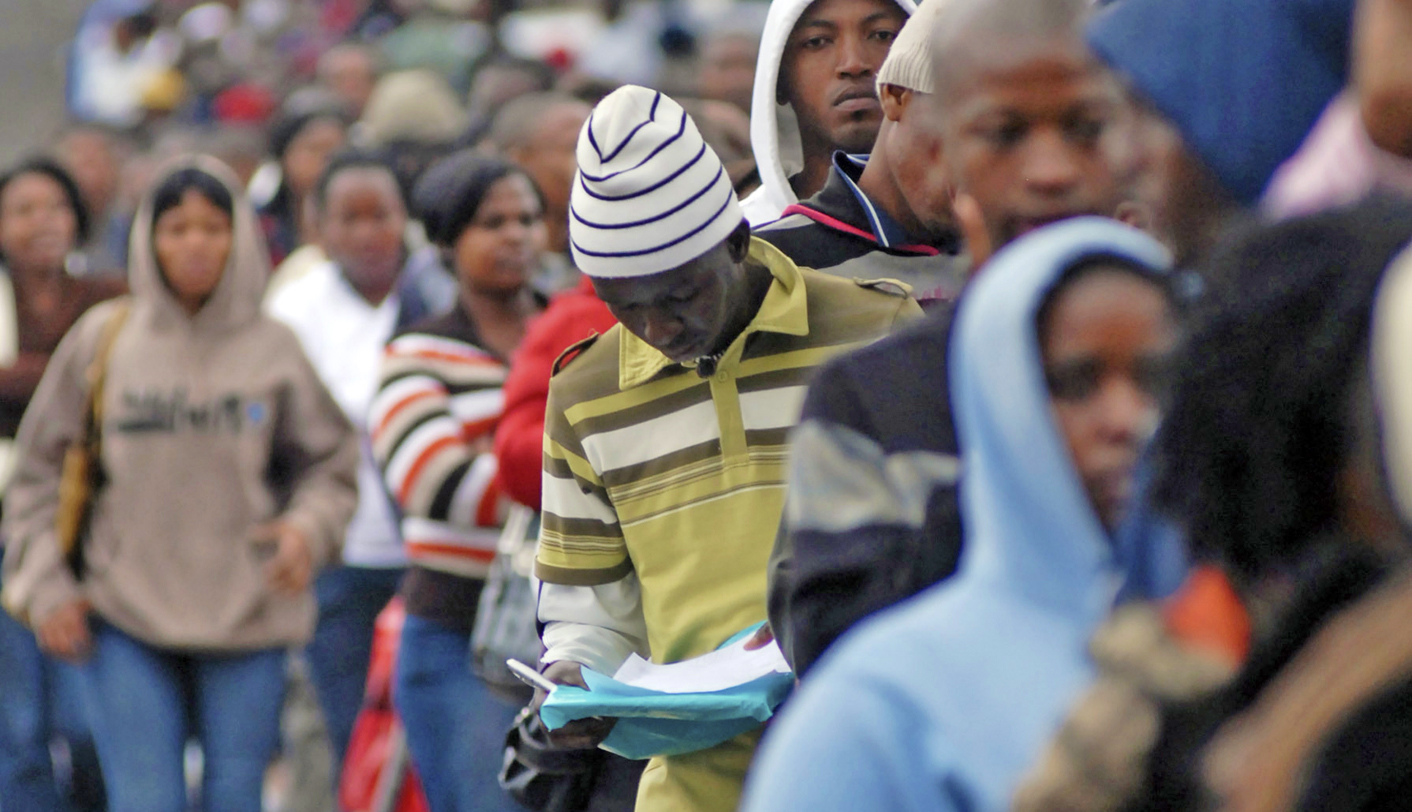 South Africa has one of the highest unemployment rates in the world. During the debate on President Jacob Zuma's State of the Nation address, politicians made claims and counter-claims. Did the facts get sidelined? We took a look. Researched by Kate Wilkinson.

South Africa has one of the highest unemployment rates in the world.

But do the country’s youth really account for 70% of the unemployed? Were 15% of South Africans unemployed in 1995 compared to 36% now? Has the Democratic Alliance managed to reduce the numbers of unemployed in the Western Cape province by 48,000? And has a government youth programme managed to create 133,000 jobs in just five months?

These are some of the claims made in debates following President Jacob Zuma’s June 2014 State of the Nation address. But did the facts get sidelined when politicians took to the podium and tried to score political points? This Africa Check report looks at the claims and unpacks the numbers.

Julius Malema, leader of the Economic Freedom Fighters: “In 1995, unemployment was 15% and now, at this moment, it is at 25% or 36%, with an expanded definition. Seventy percent of this demographic are the youth.”

Martin Wittenberg, a professor of economics at the University of Cape Town, argues that both the narrow and broader definitions have their uses.  “The broad definition is more useful if one is thinking about the scale of the social problem, while the narrow definition is more appropriate if you want to do international comparisons”.

South Africa’s National Youth Policy defines “youth” as those aged 14 to 35. Using this age range, both the narrow and broad definition of unemployment show that youth make up 67% of South Africa’s unemployed population.

Numerous efforts to contact EFF spokesman Mbuyiseni Ndlozi about the exact sources of Malema’s claim went unanswered. Malema himself referred our queries about the statistics he had used in his speech to Ndlozi.

The first part of the claim is incorrect.

The second part of the claim is correct.

Note: South Africa’s official employment data has not been without controversy and economists and the country’s Reserve Bank have reportedly expressed scepticism about Stats SA’s numbers.

Mmamoloko Kubayi, African National Congress member of parliament: “The success of the youth incentive scheme in a short period of time…has been nothing short of remarkable and it has created more than 133,000 job opportunities for our youth.”

Africa Check has been unable to verify the accuracy of this claim.

What Kubayi referred to as the “youth incentive scheme” is the new Employment Tax Incentive. It was implemented in January 2014 and aims to encourage employers to hire young and less experienced people aged between 18 and 29. The incentive lowers the cost of employing these people through a cost-sharing mechanism with government.

Kubayi  told us that she had sourced the claim from Zuma’s State of the Nation speech and directed us to the National Treasury and the South African Revenue Service (SARS) for more information.

Adrian Lackay, spokesman at SARS, told Africa Check that the claim was correct and that SARS had provided the figures for Zuma’s speech.

However, he was unable to provide a report or document that could verify the claim. “There isn’t a report as such. The numbers come from the SARS system. Beyond the president’s speech there isn’t anything in the public domain,” he said.

Phumza Macanda, director of media management and communications at Treasury, was also unable to provide any documentation to support this claim. She directed our queries back to SARS. DM