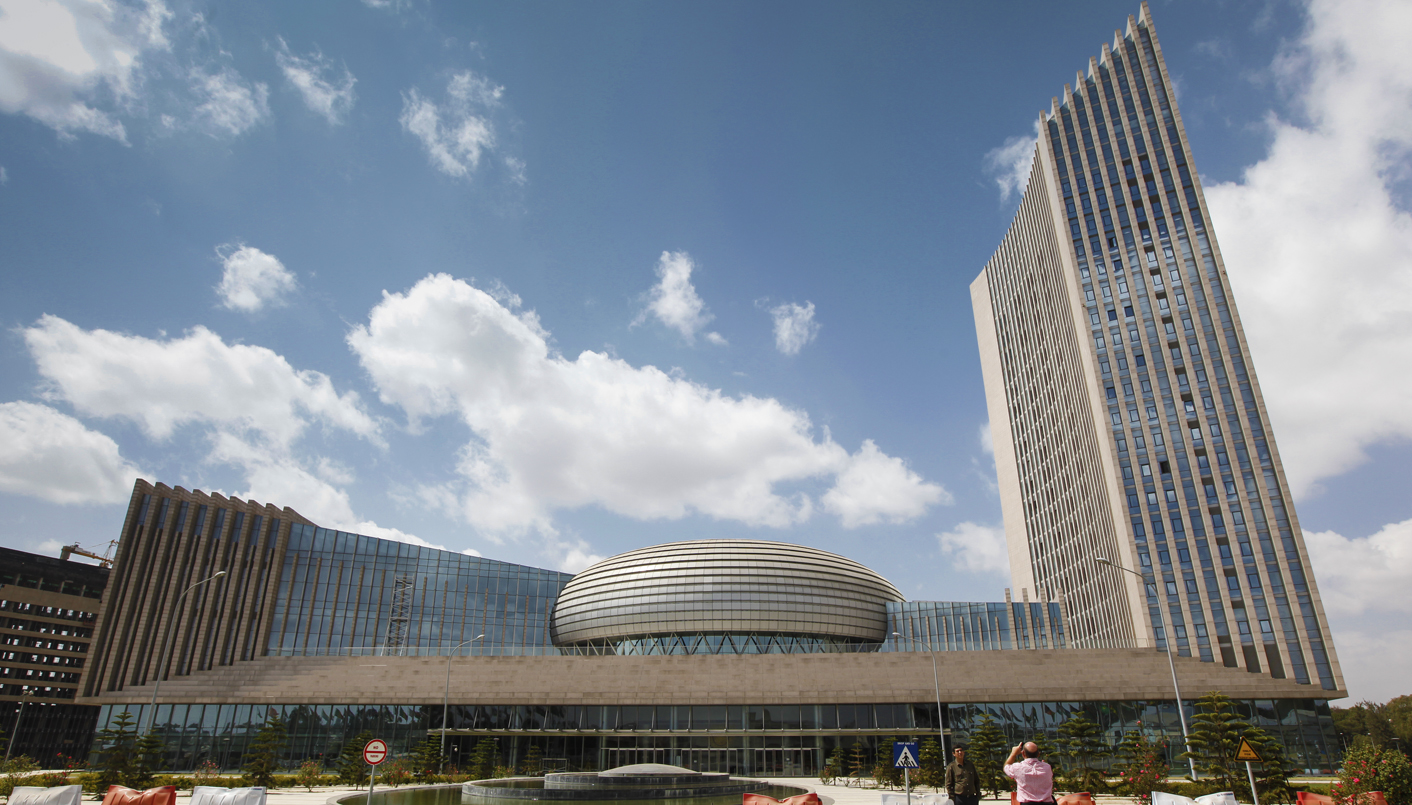 This weekend, hundreds of delegates from across Africa will be travelling to Malabo, the capital of Equatorial Guinea, for the 23rd African Union (AU) Summit. The previous Malabo summit took place in 2011, so why is the summit taking place in Equatorial Guinea again, only three years later? The costly, week-long summit will end only after the Assembly of Heads of State on Thursday 26 and Friday 27 June. By LIESL LOUW-VAUDRAN for ISS TODAY.

According to insiders, the summit was supposed to have taken place in Gabon, but was then moved to Equatorial Guinea. Clearly, more and more AU member states are reluctant to host what used to be a lavish showing off by Africa’s powerful leaders. According to a former African diplomat with vast experience of the AU, the host country bears the total cost of accommodation, transport, per diems and other logistics for the top-level staff of the AU commissions, as well as all the conference staff. ‘The burden on member states is heavy, hence the current reticence,’ he says.

In addition, the International Criminal Court (ICC) indictment against Sudanese president, Omar al-Bashir, also plays a role in determining who should host the summit. Al-Bashir always attends AU summits, and if they were held in a country like South Africa, a signatory of the Rome Statute, he runs the risk of arrest and extradition – never mind the associated civil society protests.

Although the theme of the summit will officially be ‘Agriculture and food security in Africa,’ a number of important issues are on the agenda, including the devastating terror attacks in Kenya and Nigeria; security in the Central African Republic; the proposed immunity for heads of state in the new draft protocol on the African Court of Justice and Human Rights, and the tabling of a report by former South African president, Thabo Mbeki, on illicit financial outflows from Africa. Should he attend, the newly elected president of Egypt, Abdel Fattah el-Sisi, is expected to be the star of the show – especially after the recommendation by the AU Peace and Security Council that sanctions against Egypt should be lifted.

Almost in contrast to the serious business to be discussed, the summit will again be an opportunity for Equatorial Guinea’s president, Teodoro Obiang Nguema, Africa’s longest-serving head of state, to showcase his fabulous Sipopo Conference Centre. Facing the Atlantic Ocean, the centre allegedly cost Equatorial Guinea over €580 million. Luxury villas, a clinic and a new highway from the airport to the conference centre were built ahead of the previous AU summit held there in 2011. This was designed to showcase his country – but it also ensures that heads of state fly in and out of Malabo without seeing anything of the way poor Equatorial Guineans live in the small oil-producing country – a feature of the complex strongly criticised by Human Rights Watch ahead of the previous summit.

Very few in the AU, including many heads of state, could be comfortable to have Obiang Nguema elevated to the role of champion of AU values. His reign of 32 years has discredited him and is a scar on Africa. His flamboyant son Teodorin, also the country’s vice-president, has become the symbol of looting of poor countries by a small elite. He was indicted by a French court for money laundering in March this year, and is being investigated for corruption in the United States (US). Equatorial Guinea is definitely not the place to showcase progress in Africa.

The idea of rotating the annual summits of the AU dates back to the Organisation for African Unity (OAU), and is based on the notion that it would bring the AU closer to the continent’s citizens. It’s had its advantages. Delegates, AU officials and journalists fondly remember travelling to exotic locations like Tripoli, Banjul or Maputo for AU summits. Who will forget the summits where former Libyan strongman Muammar Gaddafi would arrive to great fanfare, protected by his famous female bodyguards and putting up his Bedouin tent in the grounds of the city’s only luxury hotel? Yet there was always the uneasy feeling that the poor were being shoved aside and money was being wasted. Often, the only impact on the lives of ordinary citizens was the road closures that brought traffic to a standstill for days.

Clearly, all of this unnecessary expenditure in countries struggling to make ends meet doesn’t correspond with the new image of the AU as an organisation that strives for economic development and the empowerment of all Africa’s citizens. Many disagree with the way AU Commission Chairperson, Nkosazana Dlamini-Zuma, seems to prioritise development issues over the continent’s pressing security problems. However, her close cooperation with the African Development Bank and the United Nations Economic Commission for Africa (UNECA), through her Agenda 2063 initiative, is certainly in line with the ‘Africa rising’ narrative and aimed at steering the AU in a new direction.

Jakkie Cilliers, Executive Director for the Institute for Security Studies says the hosting of AU summits reached a peak when Gaddafi, in his heyday, built a conference centre similar to the one in Malabo in his hometown of Sirte, and hosted any number of extraordinary summits in addition to the annual AU summit. Thabo Mbeki, one of the architects of the AU and then still South Africa’s head of state suggested at the time that instead of a plethora of extraordinary summits, AU members should have two summits – one in Addis Ababa and one in another country, respecting the rotation between regions. ‘It was a way of countering Gaddafi and his efforts to effectively try to move the AU to Sirte,’ says Cilliers.

However, this suggestion didn’t work and a huge number of extraordinary AU summits still take place, like the one on infrastructure recently held in Dakar, Senegal. This is in addition to the January summit of the AU, which statutorily should be in Addis Ababa and the mid-year summit elsewhere. In addition, it has become fashionable for a number of countries, including France, India, Brazil, China, Japan, Turkey and now also the US, to organise summits with African heads of state.

The next Africa-Turkey summit, incidentally, is taking place in Malabo – another sign that Obiang Nguema is positioning himself as the new Gaddafi. ‘Two summits a year is already a huge drain on time and resources and should be enough to deal with continental issues. Leaders can also meet during the UN General Assembly,’ says Cilliers.

One solution to this problem would be to hold all AU summits at its headquarters in Addis Ababa. Despite its infrastructure backlog and closed political space, Ethiopian leaders have done a lot to propel the country into modernity, and Ethiopians like to think of their country as a prime example of successful state-led economic development. The new Chinese-built AU headquarters is perfectly suitable. Besides, if the AU headquarters had to move, it should have happened before its location was cemented in the Constitutive Act.

Africa needs every cent it can get to finance infrastructure and development on the continent – and spending millions of dollars several times a year for delegates to travel around the continent is expensive. If Addis Ababa is to be the headquarters of the AU, it makes sense that this is where the summits should be held. DM