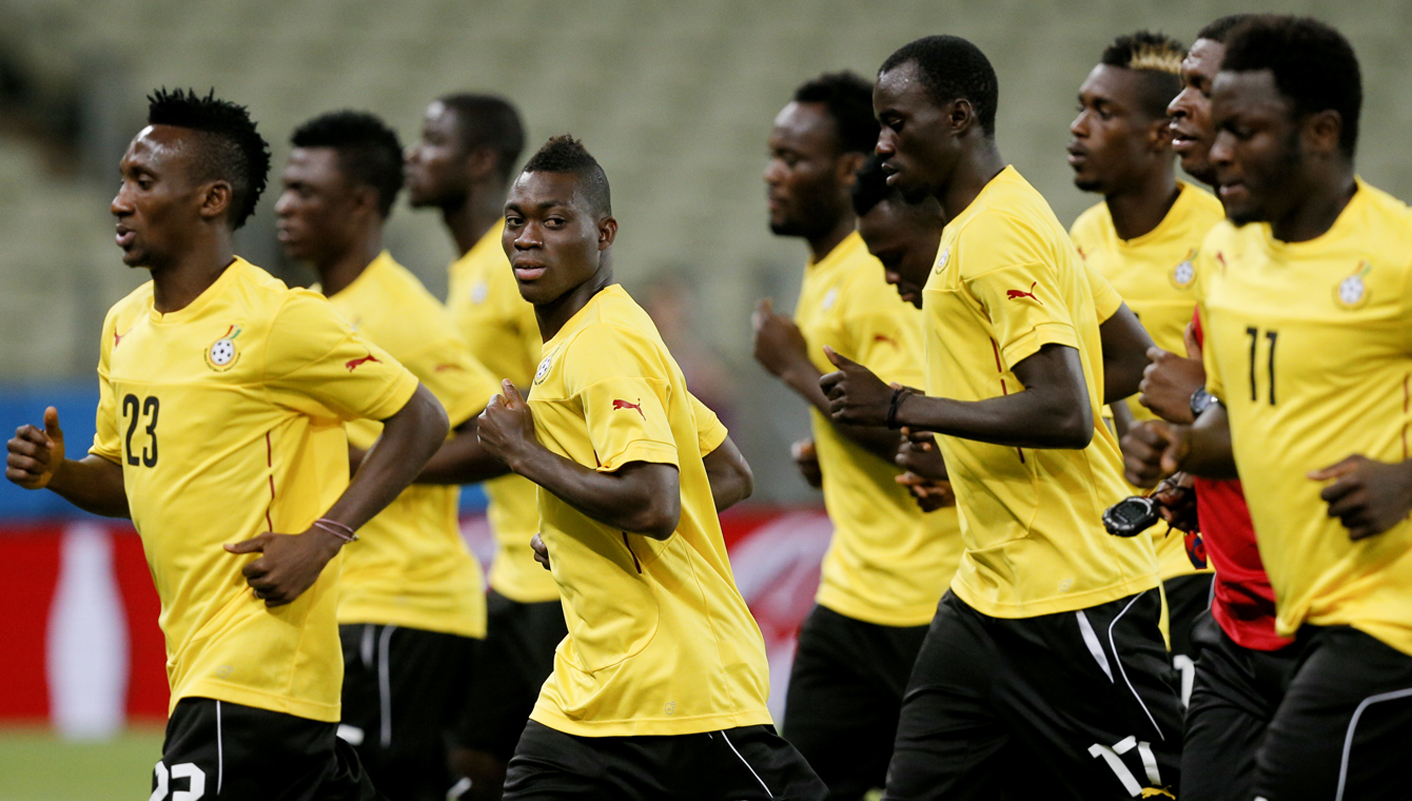 In an undercover operation by The Telegraph and Channel 4, it has been revealed that officials linked with the Ghana FA were willing to arrange for friendlies involving the national team where referees could rig the scoreline. GFA and those caught on camera have denied the claims, but it does, once again, raise the question of what exactly Fifa’s anti-match fixing unit does. By ANTOINETTE MULLER.

Another day, another case of dodgy officials. It is one of the biggest problems facing competitive sport and it is rife in all sporting codes.

This time it is officials from the Ghana Football Association caught in hot water. In a joint undercover investigation by the Channel 4 programme Dispatches and The Daily Telegraph newspaper, two officials, one a licensed agent of world governing body Fifa and the other a Ghana club official, were shown suggesting they could fix friendly matches involving the national team.

The fixing would happen through the appointment of dodgy officials who would ensure the match was rigged. There was no evidence of any of the national team players being involved.

Christopher Forsythe and Obed Nketiah, who sits on the management committee of the Ghana under-20 team, are the two individuals who were filmed in the investigation. The investigation, in its short bursts, looks pretty bad. Allegedly, the pair said that they could “grease the palms” of Ghana officials to ensure the deal was signed and would include a clause allowing them to select the officials for the friendlies, who would then be able to influence the scoreline.

The video evidence is pretty damning, but it is delivered in small snippets and the full documentary has not yet aired.

The Ghana FA acted swiftly on the news. They reported both men to the police “for misrepresenting the GFA with an attempt to defraud”. GFA also confirmed that both men had approached president Kwesi Nyantakyi, with a proposal to buy the rights to friendlies for the Black Stars.

Nyantakyi has also denied the allegations, telling the BBC World Service: “The contents of the publication are not wholly true. I was sent a press enquiry from the newspaper and I provided a full account of what transpired. It’s unfortunate that they did not report fully what I told them. First of all I have not agreed to any match-fixing deal involving the FA. I was given a draft contract which I indicated to their agent that I hadn’t read and I also had some issues with it and so it will be premature for anybody to say the FA is at fault.”

He also denied any signing of a contract, while the Telegraph alleged that Nyantakyi had agreed, on a “trial basis”, to a contract that stated the investment company would pay $170,000 (£100,000) for each match and gave them the right to appoint match officials.

Forsythe also denied that he was involved in fixing, although he admitted to a degree of dishonesty and, bizarrely, to being a fantasist. In a lengthy statement, he said: “To be frank, everything I told [the Telegraph] about the match-fixing was a figment of my own imagination because I am so naive that I don’t even know how matches are done. They were promises just to be able to get something off you.”

The manner in which the story was presented, with a photo of the Ghanaian players celebrating a goal and the headline screaming: “There is a cloud over the World Cup”, is irksome. There is no evidence of players being involved. There is no evidence of anything untoward happening in Ghana’s matches at the World Cup. Some critics will call it an attempt from Western media to deliberately disrupt a team on the charge.

Such frustration is fair. Ghana have already had to deal with reports of “player mutiny” following their failure against the USA, but those claims were denied. The publication of the report is certainly questionable since there is zero evidence of any of the officials being involved in the World Cup. But Ghana, as a team, cannot afford to have their preparations disrupted. They face Portugal in a must-win match later this week and, since the team has done no wrong, these kinds of reports are best ignored.

But the greater scheme of things, it cannot be ignored that football faces serious problems. South Africa had the same challenges leading up to the World Cup in 2010 with investigations still ongoing over worrisome officials in Bafana’s warm-up matches.

The question is whether these bogus investment companies have any ties to any international referees. In the wake of the 2010 warm-up fixing scandal, officials acted in their right minds for once. Referees were “quarantined” to their hotels and little contact with anyone outside was allowed in a bid to curb any suspicious behaviour.

Notorious and convicted fixer Wilson Raj Perumal has bragged about his ability to fix matches for almost every team, mostly through corrupt officials in friendlies. The estimated $200bn-plus illegal betting markets in Asia and the Far East poses one of the biggest threats.

Perumal has also recently realised a book in which he claims he helped Honduras and Nigeria qualify for the 2010 World Cup. He said that the Honduras FA was unaware of his influence while the Nigerian FA denied his claims.

But the concern over illicit dealings is vast. It is alleged by Europol (The European Police Service) that 380 professional matches in Europe and more than 300 matches played in Africa, Asia and central and South America were under suspicion. In the lead-up to this World Cup, it was alleged that Nigeria’s warm-up game against Scotland was also under suspicion for fixing, but nothing further has come from this as yet.

The latest revelations and the video evidence pose another question about what exactly Fifa are doing to try to curb fixing in the sport. Fifa’s crackdown on matches arranged purely for betting purposes has been slack. In fact, it’s been virtually non-existent. For anyone who loves the game and, even more those who play it, this should be a massive concern. Equally concerning is that these sorts of underhanded dealings are continuously exposed by newspapers and journalists and not by Fifa’s own anti-fixing unit. The latest allegations certainly aren’t linked directly to the World Cup and officials have, to the best of everyone’s knowledge, been honest, if incompetent at times.

However, fixing in sport, not just in football, is a widespread problem. Anti-corruption units simply can’t keep up with the pace at which incidents occur, or perhaps they simply cannot be bothered to. While it would be hard to believe that sport is tainted in all aspects, there is enough to suggest that those who should care for the good of the game are letting down the players and the fans.

If the accusations are indeed true and the officials of an association that is supposed to have the players’ best interest at heart are willing to sell them off, it is despicable and they should be duly punished with jail-terms. DM