Maternal mortality in Mozambique: ‘Who wants to give birth here?’ 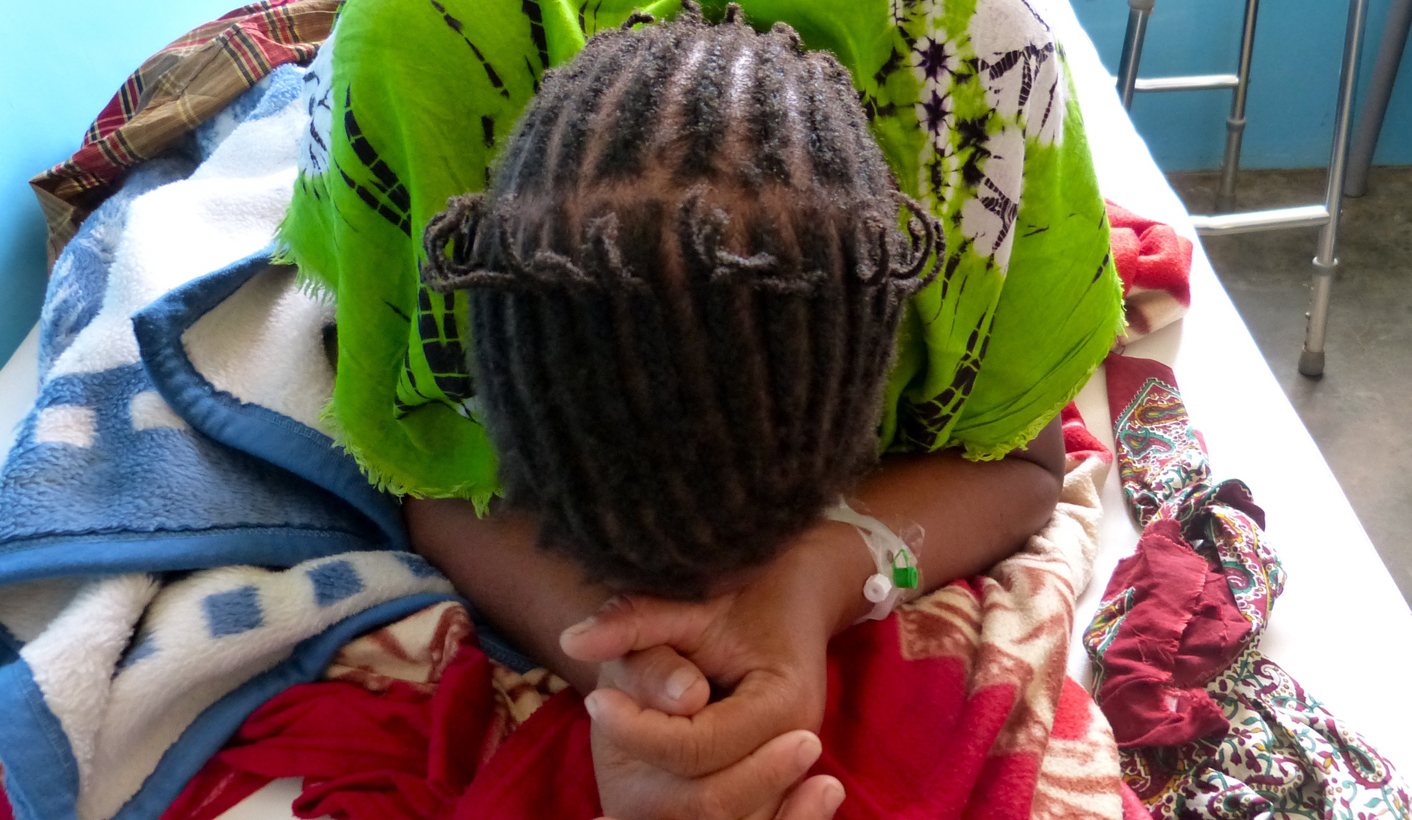 Mozambique is one of the most dangerous places in the world to have a child. MERCEDES SAYAGUES visits rural clinics to find out why.

“Who wants to give birth here?” said the midwife, as she threw open the door of the maternity ward: a mud-and-straw hut, baking hot under the merciless sun in Ngapa village, Mueda district, in northern Mozambique.

Four beds, two mattresses, a torn, ramshackle gynaecological bed, a rusty stand holding a plastic pail, and little more. The midwife had no aspirator, no electricity, and no running water (see slideshow here).

And she was tired. Diabetic, a few months away from retirement, worn by a hard life, bitter because she had been promised a brick house with running water but was living in a pau-a-pique (mud) hut, not much different from the maternity ward. She had not bothered to register any of the births or deaths in the last three months.

I was visiting rural clinics in the remote Mueda plateau, along the border with Tanzania. This is what I saw:

In my four years in Mozambique coaching health reporters as a Knight fellow, I heard many distressing stories. These included the 14-year-old child bride with obstructed labour taken to the clinic by ox cart, eight hours away, who waited ten hours for an ambulance to take her to the district capital, five hours away. Unsurprisingly, she arrived with a stillborn baby and a fistula. The girl-mothers in the central provinces, who are only taken to the clinic near death after days of labour, because traditionally the first birth must take place at the mother in law’s house. The primary school teacher in Inhambane province who earns US$100 a month and supports two children, her mother and three siblings. To get rid of an unwanted pregnancy, she inserted roots in her vagina, perforated the uterus, developed sepsis, and took three days to reach the provincial hospital. She survived, after a hysterectomy to remove the uterus.

Photo: A survivor of clandestine abortion requires  a hysterectomy at Chiquque hospital, Inhambane province. The primary school teacher inserted roots in her vagina and nearly died of sepsis (Mercedes Sayagues).

Like all African countries, in 2001 Mozambique signed the Abuja Declaration to allocate at least 15 percent of the national budget to public health by 2015.

While most countries are inching towards that goal and some have reached and surpassed it, Mozambique is going backwards: the share of health in the national budget plummeted from 14 percent in 2006 to seven percent in 2012, although it rose to ten percent in 2013 (see chart here).

What incensed me most during these four years was the way the Mozambican government signposted the road to spending its new coal-and-gas fuelled wealth while ignoring rural health.

Some recent government “white elephant” prestige projects: A US$72 million palatial, seafront presidential office financed by a Chinese soft loan; a US$50 million, Chinese-built stadium to host the Pan-African Games, now mostly idle, and its Olympic pool, unused after the Games, rotting in the tropical humidity; the US$1 billion bridge to Ka Tembe, facing Maputo, to support frantic land speculation east of the port; and the fleet of five helicopters flying President Armando Guebuza, with an overland escort of 50 or more 4x4s, to remote places.

On his flying visits, President Guebuza never seems to have time to check in on appalling rural clinics. If he did, he might wonder why maternal mortality in Mozambique has not declined, but persists, stubbornly. He might wonder why ten mothers die every day. He might wonder why half of Mozambican women give birth at home. He might wonder why child marriage and its attendant harvest of girls’ deaths and disability due to early pregnancy is so prevalent (in the north, nearly four out of ten girls aged 15-19 are mothers).

Until when will rural Mozambican women have to live as if biology and geography determine their destiny?

As if their destiny is to risk their lives with every birth, to give birth more than is healthy (on average, more than six births per woman, while fertility rates are climbing, an anomaly in Africa), and to have the babies in a place, whether a home or a rural clinic, that makes it unsafe to bring life into this world? DM

Main photo : This woman was brought to Chiquque hospital in Inhambane province with severe hemorrhage after a miscarriage (Mercedes Sayagues)