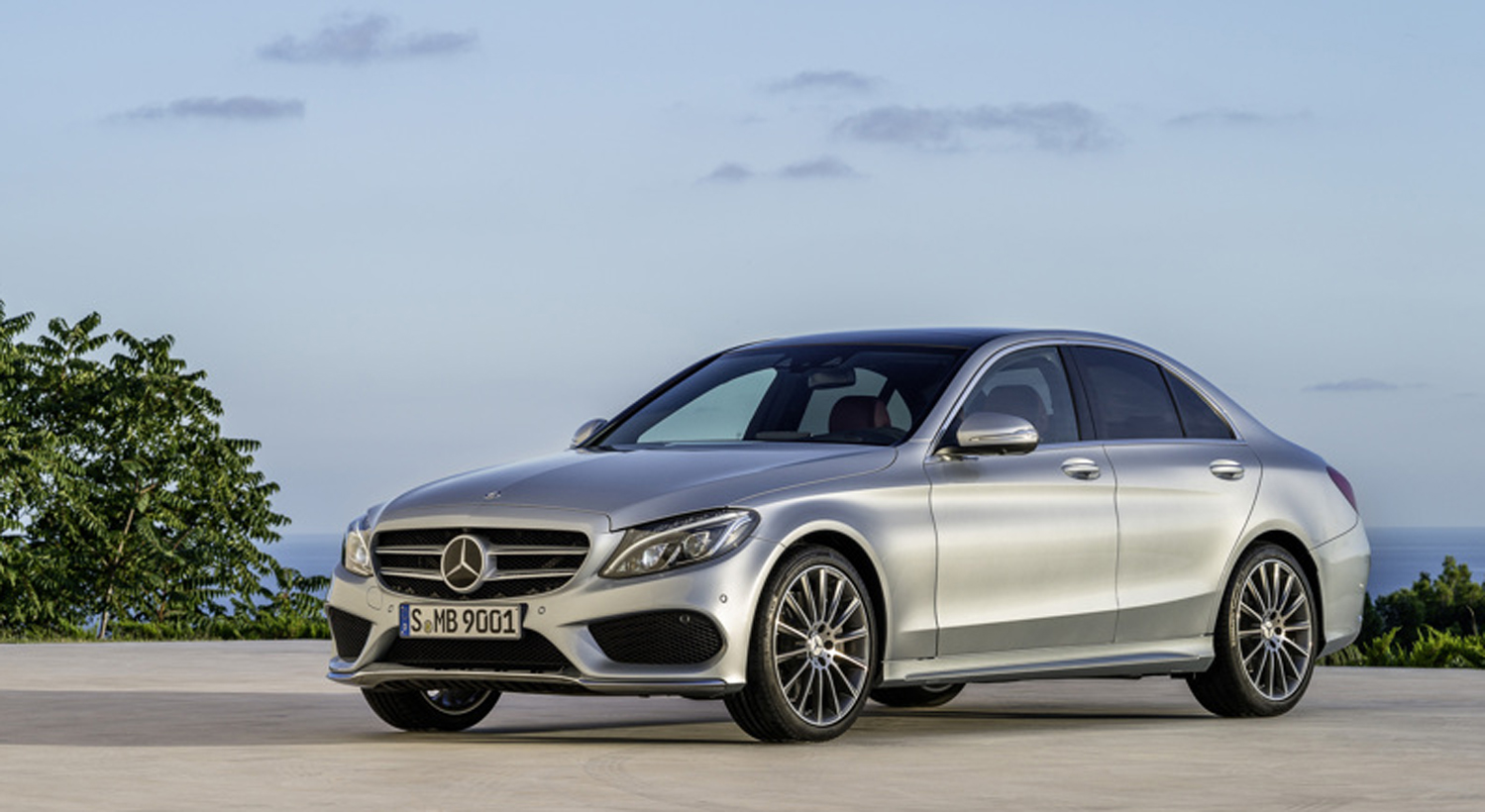 No segment of the new car market is quite as competitive as the premium compact sedan category. It’s here that the Audi A4, BMW’s 3-Series, and the Mercedes-Benz C-class have crossed swords for decades, decimating much of what used to the medium sedan sector (think Passat, Mazda6, Honda Accord) in the process. The all-new C-class has class supremacy in its sights, and with good reason, as DEON SCHOEMAN finds out.

For Mercedes-Benz, the launch of an all-new C-class is a special occasion. Not only is the C-class the Three-Pointed Star’s most popular seller, but from a South African point of view, the fact that it’s produced in East London for both local and export markets adds further importance.

The latest C-class, dubbed W205, looks to be the most accomplished compact sedan Mercedes has ever produced – except that it isn’t really that compact any more. And besides, it draws much of its styling inspiration form the much larger S-class.

That’s not necessarily a bad thing. The new S-class is considered by many, including its makers, to be the most advanced car ever built, so sharing that DNA with a considerably more affordable sibling can only be to the benefit of the newcomer.

On encountering the new C-class for the first time, it’s the size of the car that makes the strongest impression. Of course, it’s unmistakably Mercedes, and that S-class influence is strong enough to dub the sedan a baby S.

No surprise that this latest C looks large and grown up – more E-class than C-class, in fact. Those of us old enough to remember the edgy, agile 190E, which was the precursor of the C-Class dynasty, may find the new car just a little too big for its compact categorisation.

But don’t be fooled by that imposing appearance. Despite its bulk, this is also the sleekest, most aerodynamic C-Class to date, with a drag co-efficient of just 0.24. Add the fact that the Mercedes-Benz engineers have been able to shave off a fair amount of flab, compared to the previous model, and the new C’s dynamic prospects appear promising.

The model range offers a choice of four engines and two gearboxes, spanning three trim levels. The C220 CDI on test here is the only turbodiesel model, delivering 125kW and 400Nm from its 2.2-litre engine.

For petrol fans, there are three choices, all with turbocharging and direct injection: a 1.6-litre mill with 115kW and 250Nm, a two-litre unit with 135kW and 300Nm, and a high-output two-litre with 155kW and 350Nm on tap. Although there’s a choice between six-speed manual and seven-speed automatic gearboxes, most C-class buyers will opt for the latter.

As far as exterior treatment and interior execution are concerned, C-class buyers can opt for the clean, contemporary treatment of the Avantgarde, the somewhat more elegant lines of the Exclusive, or the overtly sporty approach of the AMG Line, the latter not to be confused with any actual AMG models, which only arrive next year.

The Avantgarde exterior arguably shows off the essence of the new C to best effect, while the Exclusive, as the badge suggests, is the swankier, fancier choice. But for once, the AMG Line gets my vote, if only because those hungry air intakes and extrovert details promise a level of athletic intent.

Regardless of the version chosen, the interior is an impressive space, and light years ahead of its somewhat staid predecessor. It makes the most of the car’s bigger form factor to create space that’s elegant and comfortable, with decent ergonomics and a generous boot.

The C-class has also now caught up with its competitors as far as control interfaces are concerned, and even offers a touch pad as an intuitive interface between car and driver. There’s also a large, clear full-colour screen.

There’s a strong tactile appeal to the shapes and surfaces, while the switchgear, with is solid metal execution, knurled surfaces and solid feel, suggests both quality and exclusivity. Put it this way: you feel that you’re behind the wheel of something special.

Considering its larger exterior, it should come as no surprise that the interior is roomier, too, and especially for rear passengers. Again, it always feels larger than expected.

As for technology, the C-Class can be outfitted with many of the advanced systems first introduced in the latest S-Class. They include driver fatigue monitoring, active cruise control, lane departure warning, active braking assistance, collision avoidance with autonomous braking, active parking for both parallel and longitudinal parking, and a 360-degree camera that can even offer a bird’s eye view.

Put it this way: the C-class may be the junior member of the Mercedes-Benz passenger car range, but you’ll need a pretty high IQ to fully understand all the assistance systems on offer!

Given its veritable catalogue of standard equipment, you’d be forgiven for expecting the new C-class to feel big and just a little ponderous – especially considering its gains in girth, length and height.

But as it turns out, trimming around 100 kg off the car’s kerb mass, lowering the centre of gravity and improving the suspension all contribute to a driving experience that’s much nimbler and more responsive than expected.

At 7.7 seconds for the zero to 100km/h dash, the C220 is swift, while the 234km/h top speed is way more than anybody will ever need, even on a deserted road. The official fuel consumption figure of just 4.0 litres/100km for the combined cycle is hard to believe, although I didn’t drive the test for long enough measure any real figures.

But it’s the new C’s road manners that really impress. The steering isn’t sterile or overassisted. There’s a reassuring amount of feel to allow a close and increasingly confident rapport between car and driver, linked to an unexpected nimbleness under turn-in. It’s a car that enjoys being driven with vigour and rewards the enthusiastic driver with decent handling, and reassuringly direct chassis response.

Remember, we’re talking mainstream C-class here, but the sedan feels sporty and poised, inviting you to press on. Part of the reason, I suspect, is the car’s new four-link front suspension, and the overall reduction in weight, which creates a sedan that always feels more agile than the exterior dimensions would suggest.

If a ‘normal’ C220 can be this satisfying to pilot, just imagine what the AMG version will be like!

The Mercedes-Benz C-class has traditionally been the conservative choice in a segment so fiercely contested by the A4 and the 3-Seires. But the W205 recalibrates this segment with a package that convinces on almost all levels.

In particular, it’s the way the car’s nimble road manners defy its bulk that impresses most, while the interior finally steps into the 21st century, and now sets the pace in many regards.

The result will certainly delight the brand faithful – but the big question is whether the new C-class will be able to convince A4 and 3-Series owners to swap allegiances. Only time will tell. DM

The many influences of fashion on culture and the world