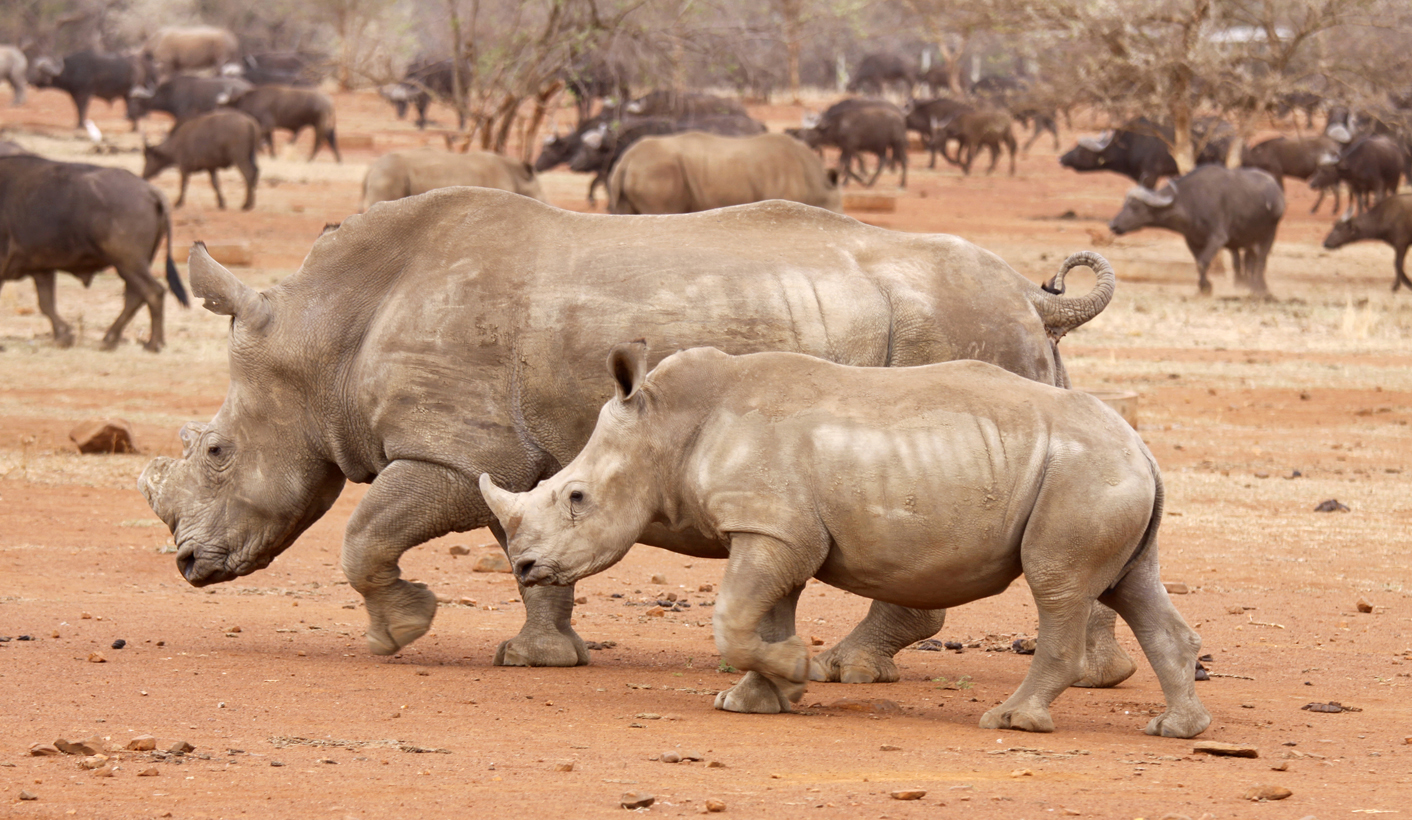 It was Leonardo da Vinci, the great Renaissance-era mathematician, architect and artist, who said: “He who loves practice without theory is like the sailor who boards a ship without a rudder and compass, and never knows where he may cast.” It is this same rash approach that is being used by the proponents of trade in rhino horn, argues Professor Alejandro Nadal, in his co-authored critique of pro-rhino horn trade literature. By IAN MICHLER.

Increasingly, scholars and conservationists are arguing that legalising trade will be a risky way of addressing South Africa’s rhino poaching crisis. And within the last few days, a fresh argument has come to light, with the release of a comprehensive independent review on the economic modelling used to underpin wildlife trade policies.

Published by Professor Alejandro Nadal and Francisco Aguayo through Manchester University, the peer-reviewed report forms part of the working series of the Leverhulme Centre for the Study of Value. As was the case when Professor Nadal presented at the recently held London Conference and Aguayo at the OSCAP Conference in South Africa, their work is extremely critical of the current economics being used to support trade. “These models have been theoretically discredited beyond repair: they are not only a brutal simplification of real-world economics, they are also a serious assault on logic,” claim the economists.

Much like the Economists at Large report, Nadal and Aguayo cover peer-reviewed articles in academic journals, technical reports, as well as the larger body of what they refer to as “grey literature”, which includes self-published articles and presentations. This latter component is included, as there has been so much of it in South Africa, and it continues to receive such wide coverage. But, caution the authors, “the quantity of grey literature should not be confused with the quality of its claims or with the amount of public support for a given policy option.” They go on the say that “advancing policy recommendations on the basis of inadequate command of economic theory is an act of recklessness.”

The Nadal and Aguayo report also addresses the demand side, a factor that most advocating a cautionary stance are extremely concerned about. “The literature recommending market-based policy instruments centres on the supply side of the equation. When it comes to the analysis of demand, we find a very serious set of deficiencies, both at the theoretical level, as well as the empirical dimension. In most studies the question of how demand responds to price variations is either ignored altogether, or treated superficially.”

None of this is good news for those advocating trade, and it is believed that further such independent assessments from economists will be appearing over the coming months. The important issue here is to proceed with caution where there is any uncertainty, believe the writers. As Professor Nadal says, “Paying due consideration to the law of unintended consequences is vital.”

The economics aside, there have been other recent developments of interest to the South African government. Firstly, in an interview conducted in March with John E. Scanlon, Secretary-General of CITES, he had the following to say when asked about poaching and trade in wildlife. “…Rhino horn, elephant ivory, and tiger parts should not be traded commercially in any circumstances. Here we see the involvement of trans-national criminal gang networks.” Weaknesses in the economic modelling and the capacity to deal with trade mechanisms, both here and in market countries, are likely primary reasons, but the lengthy time factors at play if any pro-trade legislation is going to be entertained must also be considered.

International momentum continues to gather against trade, with more nations committing to crush ivory stockpiles, and in what WWF has called a ‘turning point’, the Vietnamese government has introduced directives that prioritises wildlife crimes across all ministries. Meanwhile in China, an influential group of 30 top business leaders have taken a very public stand against the possession and trade of ivory.

These moves are no doubt linked to the mounting international political pressure, and the education, awareness and demand-reduction campaigns that are increasingly playing an influential role. In a major boost for the efficacy of these strategies, a significant decrease in the consumption of shark-fin soup due to awareness campaigns and government action indicates what could be achieved with rhino horn use. On 9 April, the South China Morning Post reported that exports of shark fins to mainland China from Hong Kong fell 90% in 2013. WildAid has been the principal organiser and orchestrator of these campaigns and they are due to open an office in South Africa later this year. Other organisations such as the Wilderness Foundation, African Wildlife Foundation and WWF are all actively involved in demand-reduction campaigns as well.

There have been other initiatives too: Great Plains and & Beyond, two leading African ecotourism companies, are involved in moving significant stocks of rhino to safer regions, and Warren Buffett, the well-known American businessman and philanthropist, recently committed $24 million to SANParks for the fight against poaching. And during April, the Peace Parks Foundation committed over $5 million to anti-poaching efforts in South Africa.

Given the growing reservations around the economic modelling, the mounting international opposition to trade, the positive developments around non-trade solutions and the near impossibility of removing current trading restrictions, where, then, does this leave the South African government? There is unlikely to be much disagreement between the trade and no-trade groups over awareness and demand reduction strategies and all the options relating to security, policing, prosecution and community involvement already on the table.

However, government will probably still be looking at the ‘sustainability’ principle, although it is unclear whether this will be achieved without establishing a market mechanism for trading horn or ivory. The country continues to receive significant sums of money in assistance, which could provide leverage. The current direction and momentum of developments suggests that the challenge going forward will be for a coalition of conservation NGOs and respected wildlife specialists to work with government in seeking a third option. DM

Ian Michler has spent the last 24 years living and working across 15 African countries as a safari operator, specialist guide, consultant and environmental journalist. He works with the Conservation Action Trust.

Photo: A rhino that was dehorned by a veterinary surgeon and rangers to prevent poaching is seen with its calf at the Kruger National Park in Mpumalanga province September 16, 2011. South Africa loses hundreds of rhinos a year to illegal horn trade as high demand for rhino horn in the illegal market triggers an unprecedented poaching crisis. Picture taken September 16, 2011.  REUTERS/Ilya Kachaev