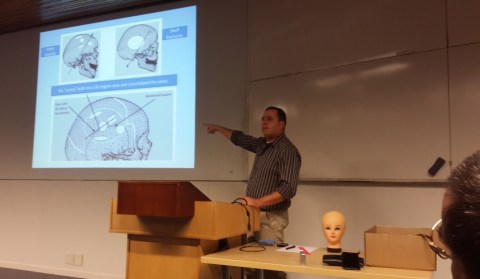 Two brothers, amateur forensic sleuths, one based in the Cape and the other in Canada, are determined to find justice for 22-year-old Stellenbosch University masters student, Inge Lotz, nine years after her violent and brutal murder on 16 March, 2005. Thomas and Calvin Mollett have spent two years poring over evidence and have published a book, “Bloody Lies – Citizens Reopen the Inge Lotz Murder Case”, challenging the notion that the case for the prosecution was flawed and asserting there is compelling evidence “implicating” the ornamental hammer later found in Lotz’s boyfriend Fred van der Vyver’s car. By MARIANNE THAMM.