Al-Shabaab: How much of a threat to South Africa? 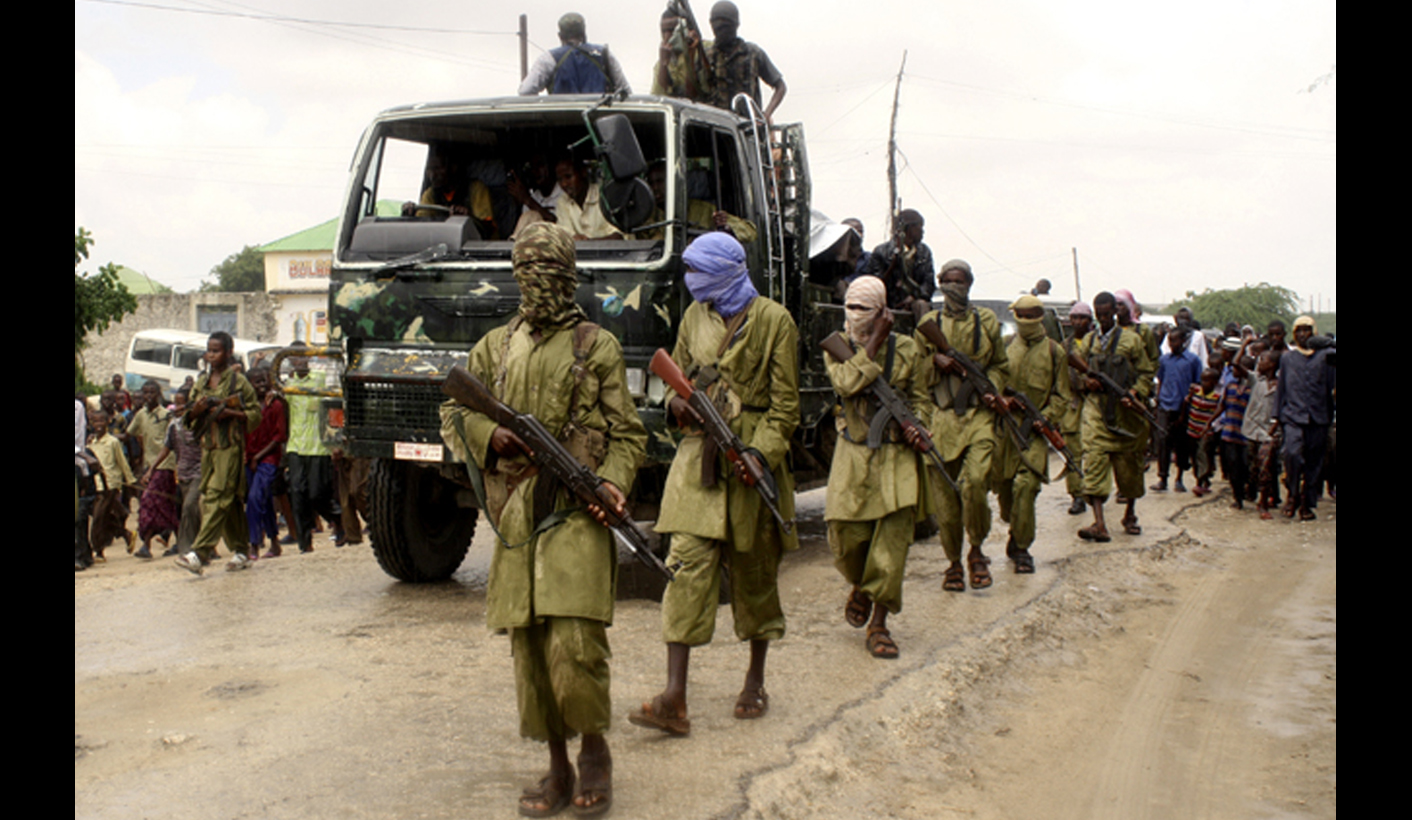 The time is ripe to consider growing evidence of an entrenched al-Shabaab presence within South Africa. And the evidence is plentiful. It is not only on foreign shores that al-Shabaab’s linkages to South Africa have been made explicit. But how credible is the al-Shabaab threat to South Africa and, more importantly, are we at risk of an imminent attack? By RYAN CUMMINGS.

Less than a week after the US government issued a travel warning for Ethiopia, the East African country’s National Intelligence service claimed to have arrested 25 suspected terrorists during a security operation conducted in its south-west. Government spokesman Shimeles Kemal stated that those detained had been trained by the al-Shabaab militant group in Somalia and were planning a series of attacks in the city of Jimma, located some 300km south west of the capital, Addis Ababa, where the arrests were made. Kemal further stated that “a number of weapons” were also seized during the security sweep.

The incident was by no means unprecedented. Ethiopia has been viewed, and continues to be viewed, as a high-value target by al-Shabaab due to the former’s ongoing involvement in counter-insurgency operations aimed at uprooting the militant group from Somalia. The al-Shabaab threat is also by no means trivial. The extremist group has demonstrated that it possesses both the intent and operational capacity to execute retaliatory strikes against its enemies outside of Somalia’s borders as witnessed by its terrorist attacks with Uganda, Kenya and, most recently, Djibouti. Aware of the ever-present threat, the Ethiopian government continues to prioritise national security and regularly conducts multi-pronged counter-terrorism operations aimed at curtailing the militant group.

Consequently, the Jimma arrests were pretty much par for the Ethiopian course; well, barring one rather interesting development. In a separate communiqué released by the Ethiopia’s Federal Police Joint Anti-Terrorism Taskforce on 5 June, it was claimed that the terrorist cells dismantled in Ethiopia’s south-west were receiving patronage from sponsors other than those based in Somalia. Interestingly enough, one of these sponsors was alleged to be in our very own South Africa.

This would not be first case where Somalia-based Islamist extremists were linked to South Africa. As international media covered various facets of al-Shabaab’s September 2013 attack on the Westgate shopping complex in Nairobi, Kenya, it came to the fore that international fugitive, and suspected al-Shabaab operative, Samantha “White Widow” Lewthwaite had been residing in the Johannesburg suburb of Mayfair for at least two years. Moreover, evidence further indicated that Lewthwaite had entered Kenya on a fraudulent South African passport in 2011 and may have played a role in facilitating the Westgate attack. The incident shone a harsh spotlight on corruption within South Africa’s Home Affairs Department, while also highlighting laxities within the country’s border control agencies. Deficiencies, which some argued, has made South Africa a transit point for various illicit organisations.

What was sorely missing from the discourse, however, was consideration of the growing evidence of an entrenched al-Shabaab presence within South Africa. And the evidence is plentiful. For example, in a confidential intelligence report compiled in the immediate aftermath of the Westgate assault it was documented that Kenyan security forces had disrupted a similar al-Shabaab terrorist plot in Nairobi in December 2011. Organised by alleged mastermind of the Westgate assault, Abdukadir Mohammed Abdukadir (aka Ikrima), the planned attack was claimed to have received both logistical and financial support from a South African-based facilitation network. The same dossier further claimed that in October 2011, Kenyan Intelligence uncovered an al-Shabaab plan to launch attacks against the OTC bus station and Kwa Mwaura Bar in Nairobi which were to be commissioned by South African-trained al-Shabaab operatives. Both facilities were eventually attacked in October 2011 and March 2012 respectively.

But it is not only on foreign shores that al-Shabaab’s linkages to South Africa have been made explicit. In September 2009, the US government closed its embassy in Pretoria and all related consular representations across South Africa due to an unspecified security threat. A month later, the Weekend Argus claimed that the closure was prompted by US intercepting a communiqué between al-Shabaab operatives in Khayelitsha, Cape Town, and their Mogadishu-based counterparts. The exchange allegedly detailed a plot to attack American diplomatic interests within South Africa, although the timing and nature of the attacks were not disclosed. The publication’s findings were later corroborated by US-based intelligence firm Strategic Forecasting (Stratfor) in a confidential briefing detailing the security threats facing South Africa’s hosting of the 2010 FIFA World Cup. The Stratfor briefing would later be made public by international whistleblowing organisation Wikileaks.

Documented evidence of an al-Shabaab presence in South Africa has also been presented by the Africa-focused security think tank, the Institute of Security Studies (ISS). Speaking to al-Jazeera, senior ISS researcher Anneli Botha stated that she had interviewed an al-Shabaab member who had been sent to South Africa for two years to receive training. “He said he lived and worked here and obtained a South African passport while he was in the country. A South African passport is a nice commodity to have – one can travel anywhere in Africa with it,” said Botha. Further commenting on South Africa’s al-Shabaab quandary, Botha added “this is putting us [South Africa] at risk, first as a safe haven and secondly as a target.”

But how credible is the al-Shabaab threat to South Africa and, more importantly, are we at risk of an imminent attack? In terms of the latter, current evidence suggests we are not. In a time where nations from all corners of the globe have united against the wave of Islamist terrorism, South Africa’s foreign policy on the issue has been less robust. Yes, major terrorist attacks have been condemned and even the perpetrators thereof denounced by the South African government. But this has not manifested into any tangible policy response which could potentially place our country at risk of retaliatory attacks. In short, South Africa has provided groups such as al-Shabaab with no motivation or incentive to attack our country.

Moreover, an al-Shabaab attack within South Africa may actually do the Somali extremist group more harm than good. If the evidence is true, al-Shabaab has set up financing and logistical networks within South Africa which are being used to fund and possibly organise high-value attacks within Somalia and the wider East African region. However, launching an attack within a non-antagonistic ‘safe haven’ would undoubtedly prompt an intense and sustained backlash by South African authorities, placing the aforementioned channels at a significant risk of being curtailed. An outcome which would be incongruent with al-Shabaab’s primary goal of ridding Somalia of its foreign forces and overthrowing its western-backed government.

Finally, we should also be considered in associating presence with operational capabilities. While al-Shabaab may have indeed set up facilitation networks in South Africa, it’s a far cry to suggest that the group has the operational capacity to actually execute sophisticated and mass casualty attacks. Access to the requisite expertise, bomb making materials and high calibre weaponry, hallmarks of the group’s operations within East Africa, will be less readily available in South Africa. Furthermore, the ability of militants to escape punitive counter-terrorism operations, either through melting into local communities or crossing porous borders, will also be severely limited.

Nonetheless, despite the low probability of an al-Shabaab attack within the short term, the South African government cannot afford to be complacent. The longer al-Shabaab is allowed to operate with relative impunity, the more entrenched they will become within our borders. The more entrenched they are, the higher the chance that they could become a stakeholder in South Africa’s domestic security. Developments such as a change in South Africa’s foreign policy stance, or even the often overlooked xenophobic attacks against Somali communities, could turn a relatively benign threat into one which is far more malicious — a threat which one fears South Africa, like our East African counterparts, may find extremely difficult to contain. DM