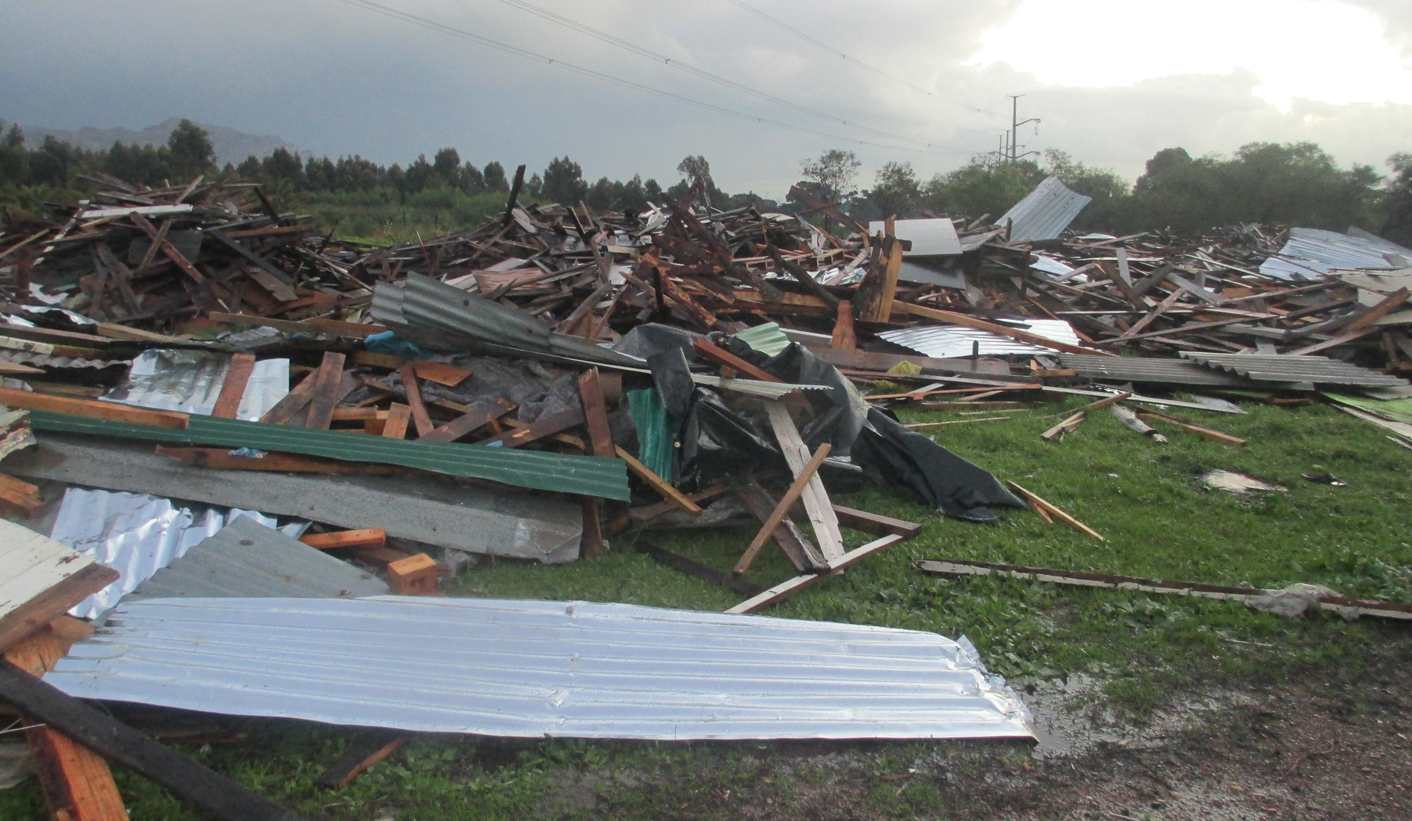 Ten days after several hundred people were evicted from the Nomzamo (Lwandle) informal settlement near Strand, there is still no clarity about why they were removed. By GROUNDUP staff.

Last Monday and Tuesday the residents were evicted after an interdict was granted to the South African National Roads Agency (SANRAL) in the Cape High Court on 24 January preventing more people from occupying the land.

Vusi Mona, SANRAL spokesman, said last week that the land was to be used for a bypass on the N2, to allow traffic to flow freely around Somerset West.

But in a joint statement on 4 June, activist organisations Equal Education, Social Justice Coalition and Ndifuna Ukwazi, pointed out that SANRAL’s application to the court did not include plans for the N2 detour, though it did contain letters from residents of Strand Ridge, who live in formal houses next to the Nomzamo settlement.

Asked yesterday to explain, Mona referred GroundUp to the Ministers of Transport and Human Settlements.

Ndivuwo Wa Ha Mabaya, spokesman for the Minister of Human Settlements, Lindiwe Sisulu, did not explain why the application had not contained details of the detour. “Why was it necessary to attach it?” he asked in response to a list of questions GroundUp sent him.

Asked to show on a map GroundUp sent him where the detour would be, he responded, “Why?”

Asked when SANRAL’s work on the land was expected to start, Mabaya said: “When we are ready we will let you know.”

The demolished settlement is about one kilometre from the N2 in a densely populated neighbourhood.

In the court papers a couple living in a Strand Ridge house wrote, “Recently several squatters have erected shacks on the open field behind our security complex. The development is causing us, and the other home owners, severe discomfort.”

The letters from Strand Ridge owners complain about an increase in burglaries, noise, “lack of sanitation” and the effect of the informal settlement on property prices. One homeowner writes, “Do we have to wait until the children are raped and the older people are murdered before something gets done about this? SANRAL must come to the party and protect innocent taxpayers who live in the vicinity.”

“I urge you please to evict these people ASAP,” writes another.

Meanwhile, some of the residents who went to settle on land allocated by SANRAL in Blackheath returned to the Nomzamo community hall yesterday after meeting a hostile reception from Blackheath residents.

Transport minister Dipuo Peters said earlier this week the Nomzamo residents would be moved back to the land they were removed from.

Asked about this yesterday, Mabaya said, “We are considering other options as Government.”

He said he was “not aware of any dispute in Blackheath.”

“All options remain open,” he said.

The residents’ belongings are being stored by SANRAL in a facility in Somerset Business Park.

Asked how residents could be sure of getting their own goods back, he said, “The residents know their belongings; what is the question?”

Read more about community life in Khayelitsha and other Cape townships on GroundUp.

Photo: Every structure on the SANRAL field in Nomzamo has been demolished. Photo by Barbara Maregele.