Mogoeng debate: Let’s just all calm down to a panic 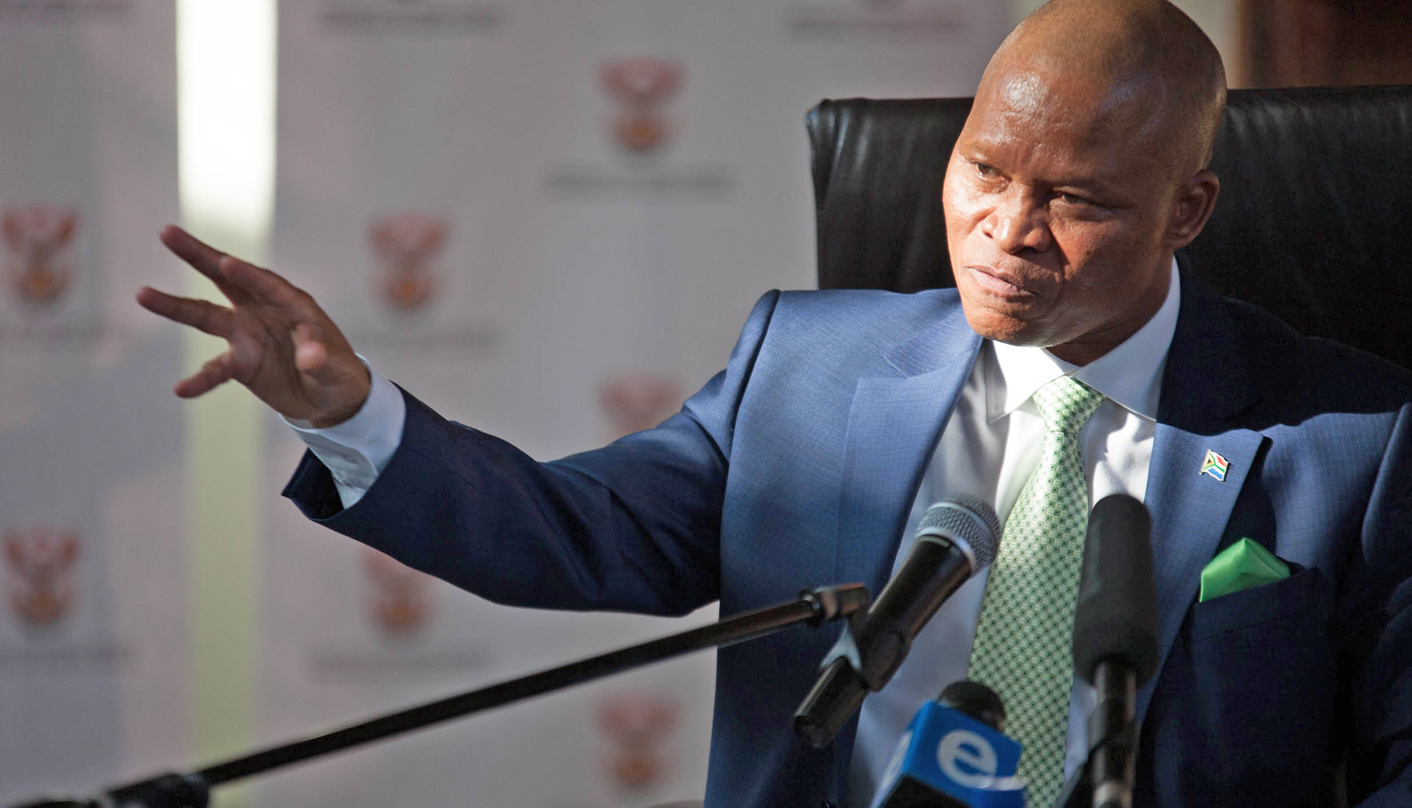 Chief Justice Mogoeng Mogoeng wants more religion in our law. He wants religious groups to get more involved in the law-making process. He believes our law, and possibly our Constitution, can benefit from religion being infused within it. Last week he made a speech at a conference on exactly this - religion and the law - in which he spoke about why this would make a better life for all. After a certain reaction to it, he held a press conference at the Constitutional Court itself on Wednesday to clear up the mess. Sorry, confusion. There are those who are deeply troubled by all of this. But is it necessary? BY STEPHEN GROOTES.

So just the event itself is almost unique. But not quite as unique as hearing the phrase “promiscuous fornication” within the elevated halls of the country’s highest court. It was delivered to us several times by Mogoeng. There is a certain cadence to the way he speaks in public, a certain timbre that speaks to his experience as a preacher. It first struck me years ago, in 2009, when he was being interviewed for a post on the court. His voice just carries fire and brimstone. As a radio person, I find it wonderful to listen to, with a certain Martin Luther King Jnr. flair.

But onto the intellectual meat of the Chief Justice’s argument.

Mogoeng is worried that many people who have commented on his speech of last week didn’t read the thing properly. He’s probably right in that respect – as South Africans we often have a tendency to jump at a person’s identity, rather than what they’ve actually said. Sometimes I think President Jacob Zuma could say the sky is blue and he’d get chirps back saying, “Not as blue as your firepool”. What Mogoeng says he is trying to say is that there shouldn’t be a knee-jerk reaction, one that says “Religion is about beating up people; religion is about cruelty.” He believes that we should look at all of our laws, and see if religion can make a difference.

His point here is that all religions preach love, tolerance, helping others. And that our law could do with a hefty dose of that. Mogoeng is quick to point out that our society has way too much violence, theft, corruption, adultery, etc.

Ah, that last one. Being a journalist, it’s been a long time since I’ve used the word “fornication”. And I sincerely hope my mom doesn’t read this, when I say there is a shorter word I’m more familiar with. But it’s been absolutely ages since I heard someone in public warning of the evils of “promiscuous fornication”. Combined with Mogoeng’s natural preacher’s voice, it really does make for a good sound byte.

This is something that Mogoeng does seem to worry about. But he has to be careful; he knows that he is under intense scrutiny. So he says, “While it’s still your entitlement to be as promiscuous as you want to, there are issues related to this that I still need to highlight.” These issues are the violence and the murders that “flow from misunderstandings that occur in an adulterous relationship.”

Journalists tend to be a fairly Godless pack. And people who lecture them about fornication tend to be sniggered at. But Mogoeng is probably not wrong on the facts. Cheating leads to the break-up of relationships, with all the impacts that has on the couple concerned, and possibly any children who are involved. But it is still quite odd to hear someone put it as bluntly as that in public.

The question, of course, is what can Mogoeng do about it?

Well, this is the problem with squaring the circle. On the one side, Mogoeng seems to be quite keen to reassure everyone that he’s not going to introduce fire and brimstone from his place on the bench. He’s right to be: you can imagine his opponents sharpening their keyboards and dashing off complaints to the JSC right now. So he kept repeating that: “It’s not for a judge, sitting on the bench, to legislate religion into our law.” He added that “I am in no position to change any law, to change any Constitution.” In other words, he’s saying nobody should worry.

But then what is the end game? Why say all of this? When put to him directly, part of the answer is that he says it just to spark a debate, and the other part is that this is a “clarion-call” to religious groups to get more involved in the law-making process. He used the example of the Divorce Act to suggest that maybe, just maybe, it’s too easy to get divorced, and that people should receive counselling first. He was quick, very quick, to say you should be sensitive to situations where an urgent separation was necessary, even overnight at times.

But immediately the Business Day’s Legal Affairs Correspondent Franny Rabkin (who almost uniquely among reporters is a qualified attorney, and spent some time as a clerk at the court herself) asked whether he was not putting himself in harm’s way here. As Chief Justice, a matter under the Divorce Act could well come to this court, and therefore he should simply not be speaking about it in public in this way.

This is really the problem here; the giving of a press conference in the first place. Tito Mboweni used to do the same thing when he was governor of the Reserve Bank. And every time someone in that kind of legal/independent/regulatory role has a press conference, they can get asked something that gets them into more trouble. It’s always a risk.

Finally came the question everyone had really expected. It’s one that has plagued Mogoeng, after he dissented from a court ruling in a case around claims of homosexuality, and did not provide reasons for his dissent, as he has a duty to do as a judge. The question is whether he will protect gay and lesbian rights under the Constitution in his position.

The answer was more than dogmatic. It was actually very impressive for its strength and simplicity. It is this:

“It would be corrupt of me, perverse of me…to begin to get at those who are gay and lesbian, just because it’s their choice. It’s my responsibility to ensure that every gay person, every lesbian person, enjoys their rights as protected under the Bill of Rights. There’s no question about that.”

In a way, I have to say that I feel the gay people in my life, those I know and love and work with and drink with, may actually be more protected by a person for whom this oath means so much. Certainly, we know of plenty of people who do not proclaim to be religious who have made similar oaths to “uphold the Constitution”, some more than once, who have not done that. Mogoeng may actually be different to those people, in that for him this oath really does matter, and so he will live by it, and thus protect the rights of gay and lesbian people in the process.

One final word. Mogoeng in person is actually very likable. He’s warm, charming in his own way, and treats people with respect. He listens to questions and does his best to answer them properly. He answers the question, not the questioner, which doesn’t always happen. His handling of the swearing-in process of the National Assembly was impressive: a light touch here, a joke there, even forcing a laugh from a former Young Lion at his own expense.

It may mean my relationship with Richard Poplak suffers irreparable damage to say this, but I found myself quite liking Mogoeng Mogoeng.

Which, for a Godless hack like me, is unexpected. DM