You too can learn the Khoikhoi language 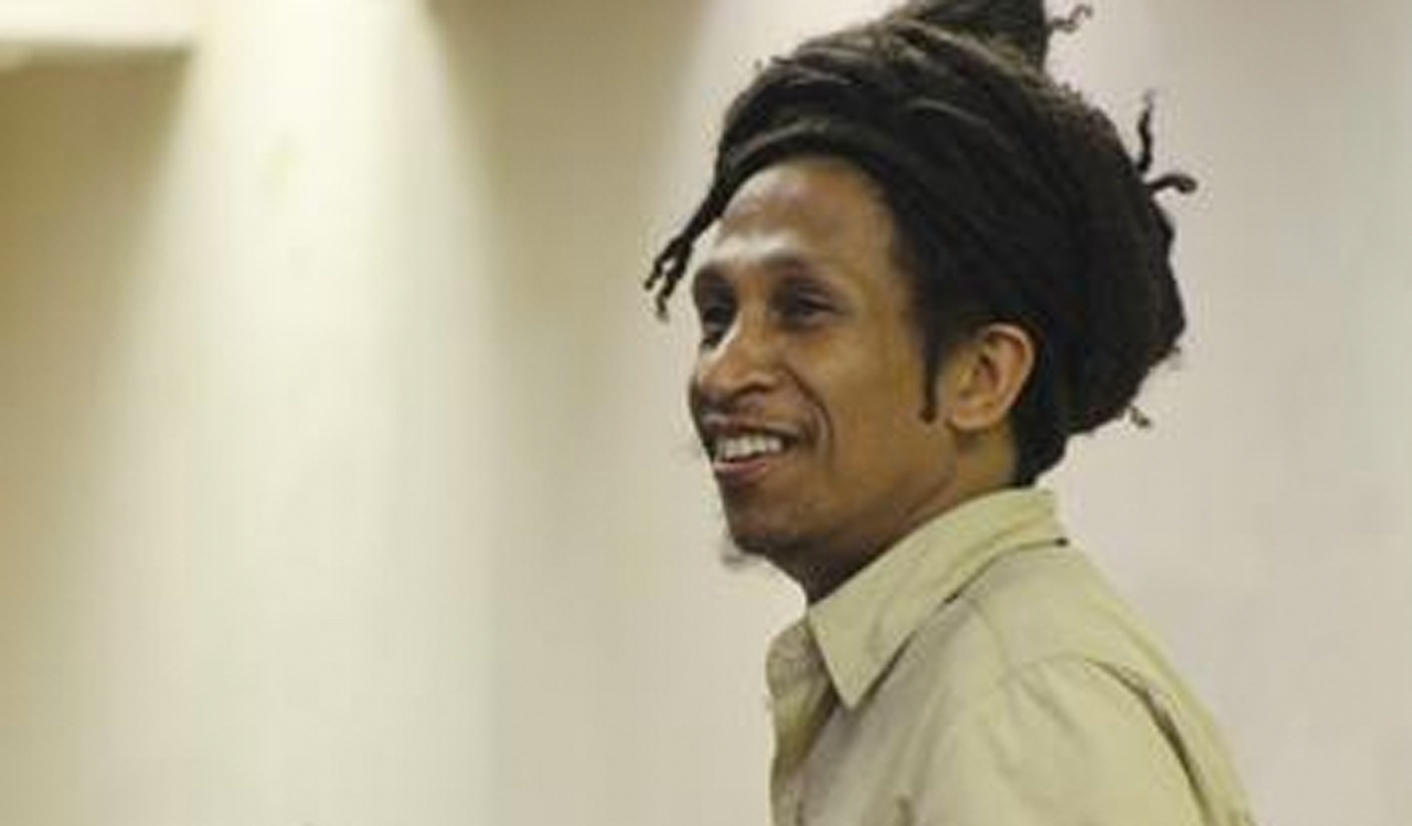 Sounds of the Khoikhoi language fill a hall at the Castle of Good Hope where classes to teach from South Africa’s oldest indigenous language family are held every weekend. By Yazeed Kamaldien for GROUNDUP.

Bradley van Sitters, who runs the classes, says this Khoikhoi Language Revitalisation Initiative is about “preserving our oldest linguistic heritage”.

Sitters is part of the Khoi and San Active Awareness Group (KSAAG) whose members have travelled to different parts of Southern Africa to research and document the language that they now teach.

Their goal is to reintroduce their language and culture in the Cape, where it was eliminated by centuries of colonial and Apartheid rule. KSAAG is a non-profit and the classes are held at no cost to participants.

Sitters explains, “The Khoi-San are the most researched people on Earth. But little has really been done to safeguard our most ancient linguistic expressions.”

“The click languages of the Khoikhoi and San, or Bushman, represent one of the oldest language family groups in the world, and the cultures which they transmit have taken thousands of years to develop. This initiative falls within the scope of the Western Cape language policy to elevate the status and advance the use of indigenous language.”

He adds, “One of the most fascinating aspects of the Khoikhoi and San languages is the fact that they left an unmistakable linguistic residue in other languages spoken in Southern Africa.”

KSAAG aims to “preserve, promote and development our most ancient linguistic heritage for present and future generations.”

The first class was a mix of young, old and various races. A group of teenagers travelled from Belhar to “come [and] learn about our heritage and culture.”

One of them, Grayton Bernadus, 15, says he connected with the language immediately. For him, learning this language is empowering.

“When we sang those songs, something just came out in me,” says Bernadus.

“I’m a Khoi Khoi person and I didn’t know that. Most people look down at me because I’m coloured. They disrespect coloureds. They call us ‘hotnots’ to mock us. That’s an insult to us.”

Bernadus adds, “We are not ‘hotnots’. It’s just not right to call me that to try to bring me down. People who call me that, they don’t want to see me. But I’m stronger than that.”

Tammy-Lee Chambers, 15, says she plans to continue Khoikhoi lessons because she “learned more about my culture and that is good.”

Caleb Piekaan, 15, says he would like to some day “teach this language to others as well. I want to go to other places where they speak this language.”

Jill Williams, who works with Sitters on the project, says the young people’s comments reflect that their work is about “healing minds and bodies”.

“Language is connected to memory and we are trying to preserve our heritage. To do that, we need to preserve this language. There is power in the language and that power is spiritual as well,” says Williams.

“Doing this work, I see myself as a dynamic agent of change. We are descendants of the Khoi-San and want to be able to speak, learn and sing in our own language. And that extends to rituals and music. When you speak it, something resonates within you.”

Williams says their classes would continue while they lobby for Khoikhoi language lessons at public schools.

“It all starts with education and the language being recognised as an official language that is part of the school curriculum so that children can learn it. For now, we will focus on community education,” says Williams.

“It’s not just coloured. We are not a bastardised race. We are descendants from a noble people who occupied the Cape before Jan van Riebeeck. We need to get the language back into our minds, bodies and mouths,” says De Wet.

Chief Hennie van Wyk of the Gorachou Qua tribe, which traces it roots centuries back in the Cape region, says KSAAG was playing a role in “reviving the culture that existed here.”

“Our language is an umbilical chord to our culture. It is a powerful tool. By using another language, we are bound to that identity. So we need to develop our language,” says Van Wyk.

“We will enlighten generations to come about their identity as Khoi or Bushmen and not coloured. By teaching our children this language, it will also bring them closer to their ancestors and release them from the traumatisation of our people that has taken place. It is a positive reinforcement for our people, to find ourselves.” DM