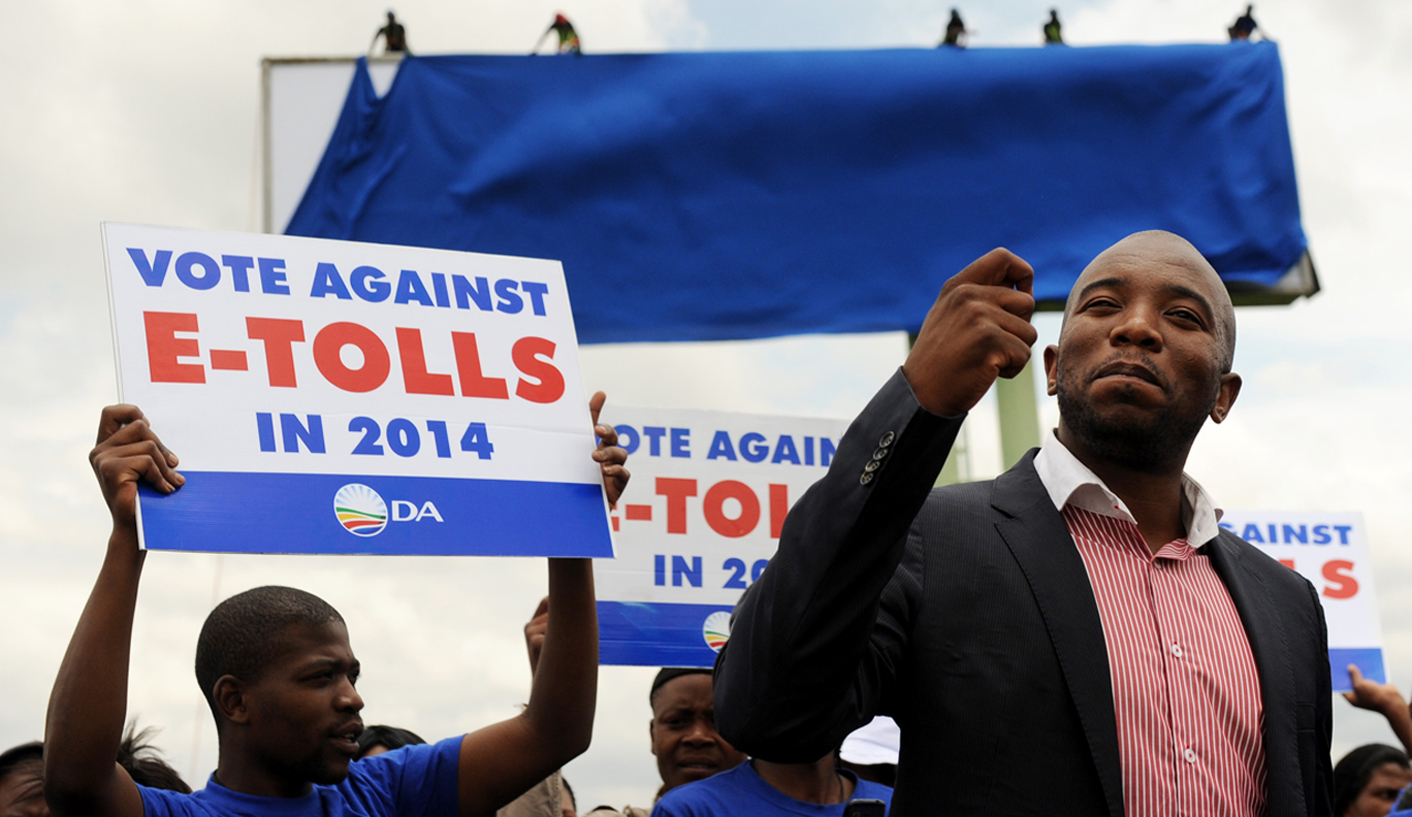 Mmusi Maimane will officially be the DA’s leader in Parliament, after an election in which the former Gauteng Premier hopeful ended up standing unopposed. Some have quibbled that Maimane may lack the necessary experience or temperament for Parliament’s bruising exchanges with the ruling party – but Maimane insists he and his supporting team are the right people for the job. He also says they won’t “oppose for the sake of opposing”. By REBECCA DAVIS.

Mmusi Maimane will, unsurprisingly, take on the job unexpectedly vacated by Lindiwe Mazibuko earlier this month. It is a massively important one: as leader of the DA in Parliament, Maimane will not only have to be the most active and vocal face of the largest opposition party in the National Assembly, but he is also tasked with having to marshal a Parliamentary caucus which is allegedly divided and fractious.

He will have to do all this while learning the ropes of Parliament like any other new MP. Maimane has no previous experience in the National Assembly in any role, though he previously served as leader of the DA’s 90-strong Johannesburg Metro caucus.

Tensions between DA leader Helen Zille and Mazibuko over the latter’s handling of the role have been splashed all over the media since Mazibuko’s departure, but Maimane is downplaying the prospect of a similarly troubled dynamic with Zille. During Thursday’s press conference he said the party was committed to ensuring that the relationship between Zille, himself and the caucus would be a “successful” one.

Indeed, Maimane has been playing the perfect diplomat, paying tribute to Mazibuko while simultaneously defending Zille. On Thursday he said that South Africa owed Mazibuko “a debt of gratitude”, while in an interview with City Press last week Maimane said that Zille has a “very legitimate and very strong role to play” in helping guide the Parliamentary team.

In the end, Maimane was unopposed in standing for the Parliamentary leadership. For a while the DA’s deputy federal chairperson Makashule Gana was playing a will-he-won’t-he game, resolving not to stand only shortly before nominations closed for the position. It was speculated that Maimane would have easily won a vote between the two, but in a series of tweets Gana explained that he was motivated not to stand by a desire to “continue building support for the party at grassroots level, and pulling my weight as an ordinary MP, want to learn the ropes”.

On Thursday Maimane dismissed the idea that there was anything untoward behind Gana’s decision not to stand, though he did not mention him by name. “If there is a single individual in the caucus who was informed not to stand, I’m certainly not aware of that,” Maimane said, describing the process as staunchly democratic. If anything, there was a benefit to being elected unopposed, he said: that one could begin work in advance.

If there is any figure breathing over his shoulder while he takes up the Parliamentary reins, however, it will be not Gana but Zille herself. In Zille’s latest weekly newsletter, SA Today, Zille indicated that she had taken on board criticism – particularly from previous DA leader Tony Leon – that it was a mistake to create two centres of power in the DA by having a different Parliamentary leader and party leader.

In an address to the Cape Town Press Club earlier this month, Leon expressed his belief that “the chief opposition party, by its leader choosing not to be in Parliament, has inadvertently helped diminish Parliament’s institution”. Parliament, Leon said, should be where the party sends its “most senior and serious-minded people”.

The DA’s federal chairman Wilmot James has indicated that he shares the same opinion. James rejected speculation that he might toss his hat into the ring with Maimane’s by saying that he would not stand as Parliamentary leader “under the current circumstances where we have two potential centres of power. I am of the view the party leader should be in Parliament as soon as is possible.”

In Zille’s newsletter, she said that she felt “an obligation” to honour a “contract” with the voters of the Western Cape who had elected her as Premier. She also pointed out that under electoral law, the DA couldn’t technically put her name back on to the national list for at least a year. “All things considered, I think the decision to remain Premier is probably the least worst (sic) under present circumstances,” Zille wrote.

But crucially, Zille did not rule out the possibility that after a year, she could take over as Parliamentary leader if things didn’t work out. “In a year’s time, we will assess the situation to see if it is working,” Zille explained. “If not, one possibility would be to swap with someone in Parliament, so that I can be on the national list and lead the DA in Parliament.”

If Maimane feels additional pressure deriving from this possibility if his leadership is judged not up to scratch, he wasn’t showing it on Thursday. Maimane described the newsletter as an “excellent piece of reflection”, and reiterated that Zille’s primary commitment currently should be to the people of the Western Cape who have elected her as Premier. After a year, he said, it would be “entirely her choice”. But it wasn’t something he was keen to deal with, cautioning journalists not to “read too much into the matter”.

Maimane seemed in confident and relaxed spirits when introducing his supporting team. His Chief Whip will be John Steenhuisen, who has served as a Whip in the National Assembly since 2011. Steenhuisen moved to Parliament after stepping down as KwaZulu Natal leader of the DA after a widely-publicised affair with another DA figure.

The position of Deputy Chief Whip was the only one contested, between Sandy Kalyan and Michael Waters, but Maimane said he was unable to give the breakdown of how the vote shook down in the end beyond Waters’ victory. Waters is a veteran MP who also previously served as a Whip, as well as Shadow Minister of Social Development.

Former Shadow Minister of Public Works Anchen Dreyer, whose role it has been to keep Nkandla on the burner, takes up the role of Caucus Chairperson. Her deputy is Richard Majola, who is no stranger to run-ins with the ANC after serving as Speaker of the Western Cape provincial Parliament. Elsa van Lingen keeps her post as leader in the National Council of Provinces.

Rounding out the team are 11 Whips, which include in their number Communications Director Gavin Davis. Davis, a Zille loyalist, has been a controversial figure in the party in recent years who also clashed with Mazibuko. It remains to be seen if his relationship with Maimane will progress more smoothly.

Maimane said that the first practical order of business for the DA’s Parliamentary caucus would be to decide who would be filling the roles of their “Shadow Cabinet”. Over the coming days, he said interviews would be taking place with caucus members to accomplish this.

Maimane was dismissive of the notion of significant caucus rifts, saying that the spirit within the team was “very good, very strong”, and that he was very confident that they would “pull together”. From an external perspective, one of the ways of determining whether this is indeed the case will be to see if the leaks to the media which have provided a headache for Zille and company will now cease. DM