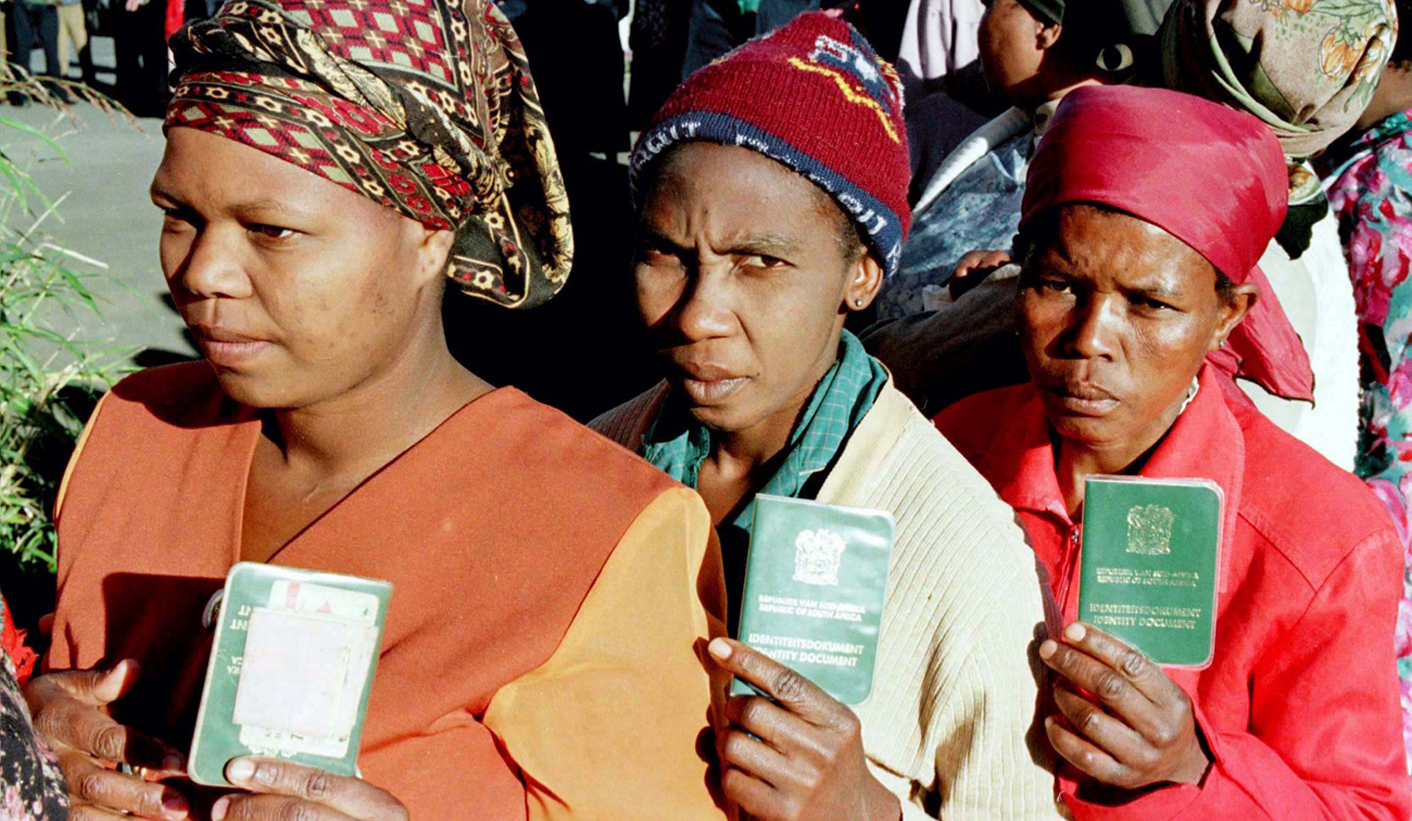 When we evaluate the strengths and weaknesses of our democracy we need to move beyond criticising our experience of parliamentarism – because political self-realisation can be understood in going beyond the periodic election of representatives. By RAYMOND SUTTNER.

Indeed the treatment of democracy as equivalent to representative democracy is relatively recent, deriving mainly from the American Revolution, where constitution-makers were determined to ensure that politics was confined to the legislative chambers and executive.

Before that democracy was understood as direct rule by citizens. That popular tradition has a place in South African history, notably in the 1980s.

The focus of our Constitution is on representative democracy, which in the context of South African history represented a great advance. But there are reasons for concern. Statistics reveal, given how many potential voters failed to register or cast their vote, that the government we have is in fact a minority government.

Many believe their vote, whether for the ANC or any other party, has little effect on their lives. Parliamentary representatives have not held government to account even where flagrant violations of the Constitution have occurred, including killings, pilfering of public monies meant for the poor and other misdemeanours. Nor have parliamentarians of whatever party used their office to assist the poor and vulnerable.

President Jacob Zuma announced a Cabinet 50% larger than that of Thabo Mbeki and costing four times as much. There is little evidence that appointments relate to improved performance rather than rewarding loyalty or pacifying elements potentially opposed to the president.

In criticising this, we should also scrutinise criteria applied in appointments by all parties, obliged as all are to strengthen democracy.

Whatever the limitations of our democracy it should be defended for it comes with rights and protections that can be enhanced and deepened.

There are some who believe democracy is merely a means to an end and that it is less important than what it may bring, especially changes in people’s lives through social and economic transformation. Hence scorn is poured on Kwame Nkrumah’s dictum, “Seek ye first the political kingdom and all else will follow”.

It is true that there is nothing automatic about political freedom leading to “all else”. There needs to be a number of factors that make fundamental transformation in the condition of peoples’ lives possible. These include a range of resources as well as willingness by those with power to take the necessary steps to ensure change ensues.

Nevertheless, we should not devalue democracy as instrumentalist, as a “good” purely to secure other rights. When Aristotle said “man” is a political animal he articulated the need for human beings to realise themselves fully. One way of doing this is for men and women to participate fully in deciding on what is most important in their lives. That is why the Freedom Charter’s first clause declared, “The people shall govern!”

In the course of the struggle for freedom, particularly in the 1980s, the Freedom Charter came to embrace both representative democracy and the original meaning of democracy: direct popular action by the people. There was an expectation among many who established institutions of popular power that their political role in a free South Africa would not be restricted to periodic voting.

Negotiations for a new democratic constitution did not concern popular power, but understandably related to institutions for constitutional democracy, notably the relationship between the legislature, executive and judiciary. Popular power was not precluded insofar as it was pursued legally and without violating constitutionalism.

But popular democracy has, in the main, fallen by the wayside. When the ANC was unbanned, many who had been involved in grassroots organisation deferred to the ANC as the main, or exclusive political actor, making way for the “A-team” and withdrawing to the “changing rooms” of history. The idea that the ANC as government amounted to the “people’s government” tended to displace the idea of people acting directly to decide their own future.

But there remain spaces for popular action, including in relation to constitutional structures. Rural people have organised to prevent the imposition of traditional rule, demonstrating the power of “the popular”. There have also been grassroots organisations, sometimes working with NGOs in order to secure rights, whether to equal education or other basic needs. In many cases, however, lack of resources has limited the capacity of such organisation.

Insofar as one speaks of reinvigorating democracy it does not mean vacating any space where people can exercise influence. It does not mean abandoning voting, no matter what its limitations may be. It includes accessing courts and parliaments.

And it also means community self-empowerment. In the context of dehumanised conditions in various settlements, there have been atrocities committed, including infant rapes and other violence against the vulnerable. This speaks of a need to build or rebuild communities and that too is a way of expressing popular power and self-empowerment of people. In short, reinvigorating the power of people as political subjects can take multiple forms that can make democracy truly meaningful. DM

Professor Raymond Suttner, attached to Rhodes University and UNISA, is an analyst and professional public speaker on current political questions and leadership issues. He writes a regular column and is interviewed weekly on Creamer Media’s Polity.org.za.  Suttner is a former political prisoner and was in the leadership of the ANC-led alliance in the 1990s. He blogs at raymondsuttner.com. His Twitter handle is @raymondsuttner.

Photo: Residents of a township south of Durban queue outside a polling station, June 26 1996. Juda Ngwenya/Reuters