Black like who? Mashaba on race, business and the DA 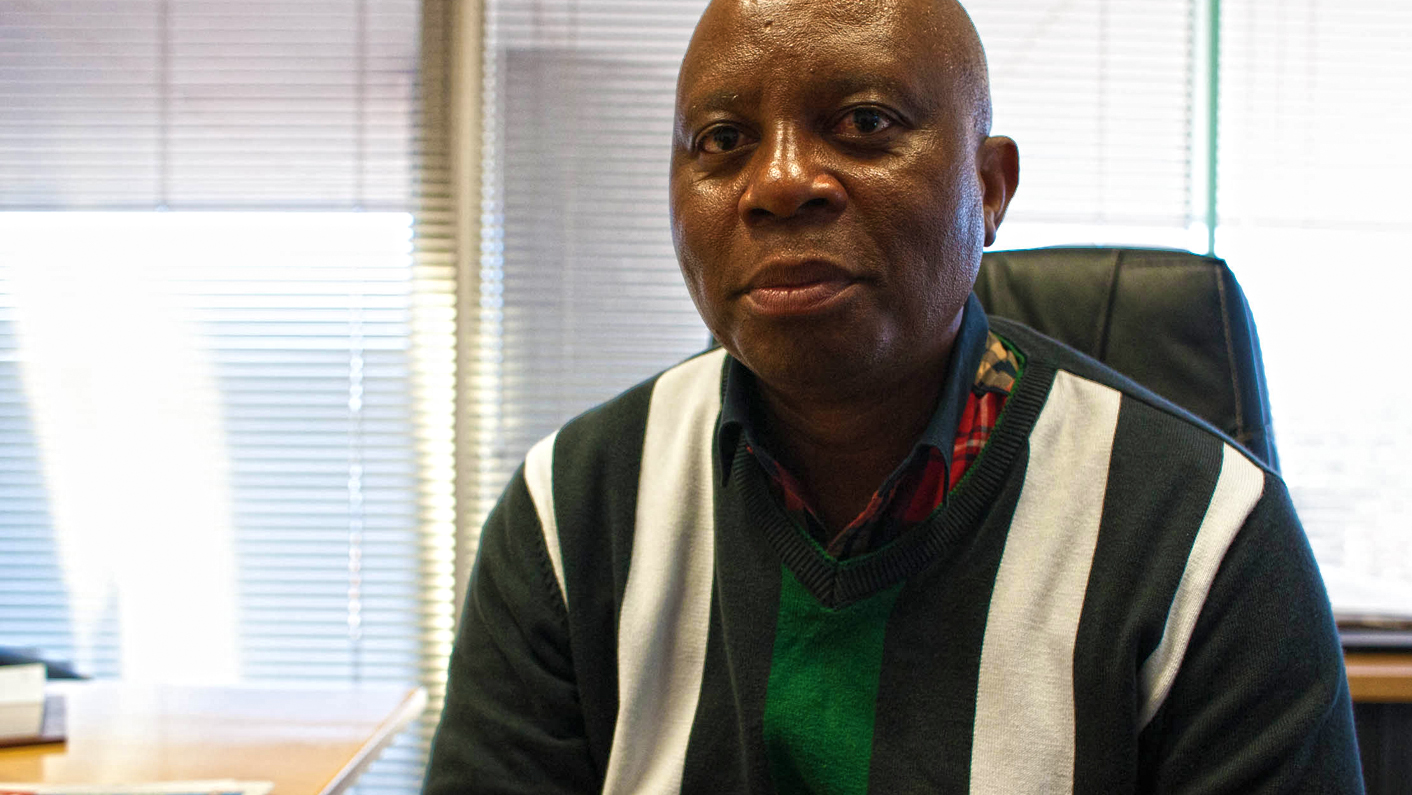 Prominent entrepreneur Herman Mashaba announced this week he has joined the Democratic Alliance. GREG NICOLSON visits him in his office to discuss his decision, politics, and service delivery. Oh, and of course, race.

On the third floor of a Sandton office block, Herman Mashaba wonders why joining the DA is a big deal. Casually dressed in a green and white jumper, he starts the conversation without needing direct questions. Many business people openly support the ANC, so what’s interesting about him joining the DA?

Mashaba, who founded the hair products company Black Like Me in 1985 and turned it into an iconic brand and successful business when black entrepreneurs were severely constrained under Apartheid laws, announced his decision to join the DA as an ordinary member on Tuesday. Before 7 May he couldn’t believe the ANC would get over 60% nationally. When they did, he told himself, “I’ve gotta really make a move.”

The economy is broken, racism is rife, corruption continues and the Tripartite Alliance can’t agree on a plan for SA’s future, he reasoned in a statement announcing that he’d joined the DA and that he was stepping down as chair of the Free Market Foundation.

Part of the interest surely has to do with race. The DA is still accused of wanting to protect white interests and there’s fear it could reverse the gains of democracy. After the elections, headlines claiming party leader Helen Zille said she “made” former parliamentary leader Lindiwe Mazibuko added to perceptions that the DA treats black South Africans with condescension.

Mashaba is a self-made black entrepreneur. His book Black Like You details how as a youth he refused to work as a gardener in white suburbs to make pocket money on the weekends. Instead, he sold dagga and ran dice games to help provide for his family in GaRamotse, Hammanskraal. Recalling how his great-grandfather was wantonly shot by a farmer’s son, a young Mashaba vowed to “never put myself between the crosshairs of a white man’s folly and his wrath.” Black Like Me earned Mashaba millions. While he is still a non-executive director of the company, he has moved onto other investments and serves on a number of boards.

In the foreward to Mashaba’s book, his friend Deputy Chief Justice Dikgang Moseneke is full of praise: “A better role model, truer patriot and son of the soil I can hardly imagine. At a time when somewhat limited and even rapacious young business leaders descend on the trough of public tenders, our youth would do well to read Black Like You.”

One of the reasons he joined the DA is because of the race issue. “It’s precisely for that reason that I’ve made this statement because I think that this campaign to try and depict Helen and the DA as a white party that wants to protect white interests, I think it’s just really propaganda. With any political party anywhere in the world there’ll always be a juggle for political leadership,” says Mashaba on the DA’s post-election issues.

“Why should they look at it on the basis of black and white? It’s got to really do with political aspirations and leadership and that’s why I decided to throw my hat in the ring so that I really demonstrate that this is the party is the party [of] Mandela’s dream of the rainbow nation. If anyone if going to achieve that it will be the Democratic Alliance.”

Mashaba voted for the ANC in 1994 and 1999 but has since voted for the Democrats. He admits there have been gains made since 1994, especially the Constitution, but vehemently disputes the ANC’s “good story to tell”. “Which water and which education?” he responds to service delivery figures.

His village received water, tarred roads and electricity after 1994. In the last four years, however, the taps have run dry and the roads have worn away. Yet tenders are continually offered to fulfil the services. There’s been little progress in education, he says, apart from feeding schemes, which are welcome but don’t help students when they go into the job market. “Sixteen million on social grants – it’s a failure, total failure. It’s a disgrace, it’s not a success.”

Mashaba pulls out a copy of The Times and points out an article showing the money spent on Zuma’s Cabinet is over R1 billion rand, up from Mandela’s which was above R200m. “The bigger the government the less service delivery they provide because the money goes towards […] buying political support and patronage,” he Mashaba, calling himself one of the country’s biggest taxpayers.

As head of the Free Market Foundation, he regularly clashed with Cosatu over labour issues and the economic. They said his pro-business stance, arguments that workers should have more freedom to associate, and belief that more jobs should prioritise decent jobs, amounts to a class war on workers. He says the labour movement is pursuing the interests of its leaders rather than those of members or the unemployed, harming growth and curtailing jobs.

Mashaba says there’s no need to contest a leadership position in the DA “at this point in time” as they already have capable leaders. Instead, he wants to promote the party as an average member, championing it with whomever he meets and potentially working on campaigns.

There are three key things he hopes to influence. He believes black people need to see that the portrayal of the DA as “white” isn’t true. He wants to show business people you can get engaged in politics without fear (he doesn’t do business with the state but any discrimination on political grounds will result in court action, he says). And, he wants South Africa’s white population to get more publicly involved in the issues of the country.

“We live in a democratic situation. You can say whatever you like and call me a coconut or a clever black, that’s fine. Do you think I’m going to be intimidated by being called a clever black or a coconut?” asks Mashaba. “I think I really want to call on the white community to participate in the debates of this country. Yes, they’ll call you racist. They’ll call you a coconut, but at the end of the day let them not take away the issues. We must keep on dealing with the issues so at the end of the day the truth will triumph.”

It’s also an issue, however, that according to the DA’s own figures only 6% of black voters voted DA, compared to almost 93% of whites, and its parliamentarians are on average much paler than those on the ANC benches. With that in mind, and South Africa’s history of racialised oppression, a prominent black South African publicly joining the DA, a relatively rare event compared to the list of ANC faithful, was always going to create interest.

Mashaba hopes to turn that interest into votes for the DA at the 2016 municipal elections. DM