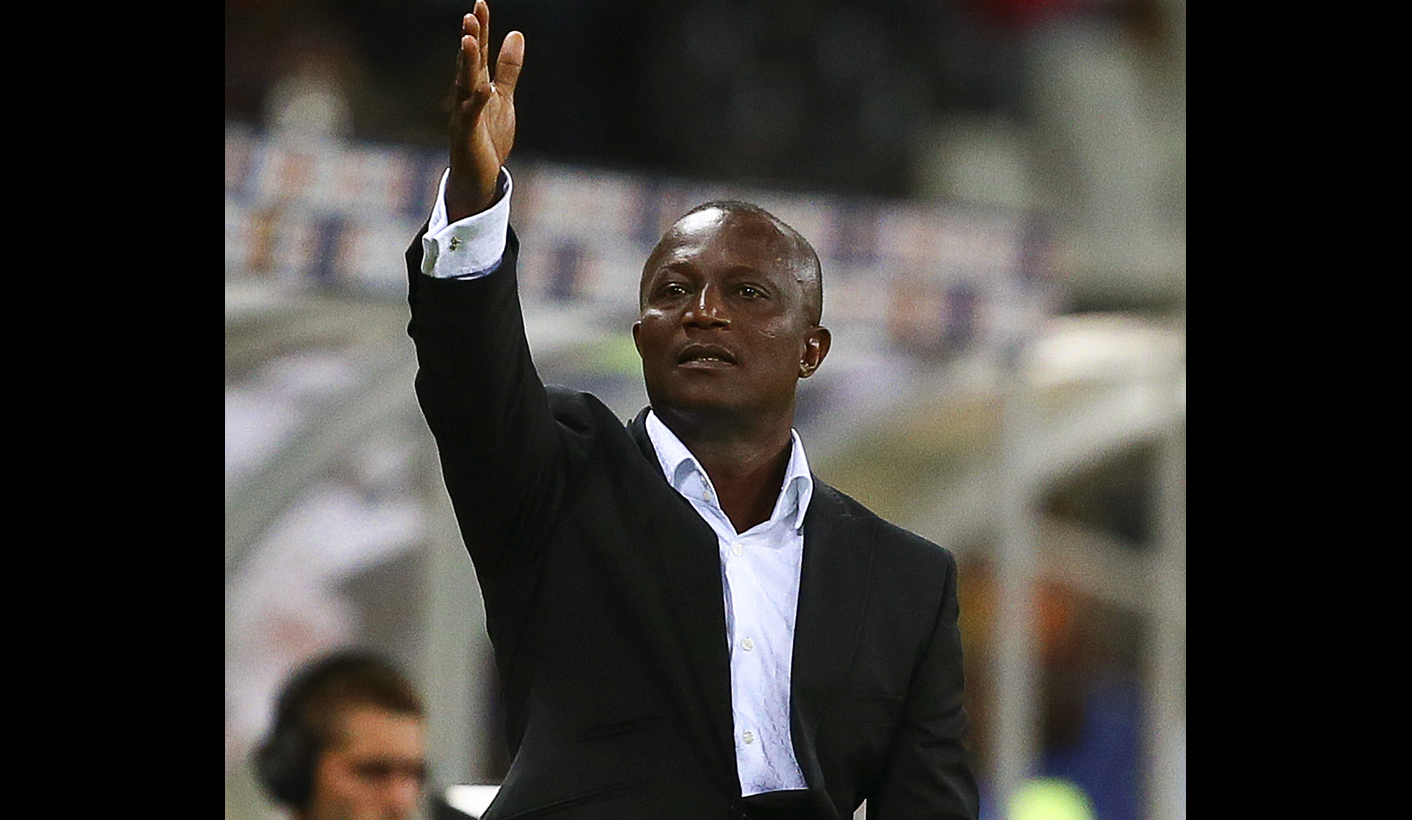 World Cup preparations can take all sorts of crazy twists and turns, but Ghana’s Kwesi Appiah has kept things far more simple. A trip to Liverpool earlier this year gave the coach some technical insight into how the best teams in the world analyse and dissect their players’ performances. By ANTOINETTE MULLER.

It’s been almost four years since Ghana narrowly missed making history by becoming the first team from Africa to reach the semi-finals of the World Cup. A missed penalty and a disastrous penalty shoot-out dashed their dreams as the Black Stars crashed out of the competition, breaking millions of hearts across the continent.

One of the biggest changes since then is Ghana’s new coach. Ghanaian Kwesi Appiah took over in 2012 and led the side to a convincing qualification for this year’s tournament. Their Group stages were convincing and they thrashed Egypt in the final qualification rounds to seal their spot at the finals.

Appiah is significant, not just because of Ghana’s results, but because he is also the first local coach to lead Ghana to World Cup qualification. Since taking over from Serbian Goran Stevanovic in April 2012, Appiah has had much to ponder, including the group Ghana find themselves in during the World Cup: drawn with three-time champions Germany, Cristiano Ronaldo’s Portugal and their bogey team, the USA.

Appiah wasn’t even supposed to be the coach. He was just a back-up plan and, despite having served under three different coaches before, many felt his qualifications were lacking. Appiah was appointed only when talks with Marcel Desailly stalled, apparently because of his wage demands. Not only was he second choice, but he also had to buck a trend. Ghana have only had eight local coaches, compared to 23 foreigners.

So here he is, after making it this far, Appiah and his charges will have yet another point to prove. A glance at their World Cup fixtures are enough to make anyone cringe, but for Appiah, he doesn’t mind quite so much.

“I like it when people underrate me,” he told the BBC after being appointed. “It’s always good to be the underdog.”

Appiah is a quiet and considered man, often genuinely unperturbed by anyone who want to brush aside his abilities. But that does not mean he can’t get a little help from his friends.

He visited recently visited Liverpool to get a better insight into how modern football can be better analysed. The “knowledge sharing trips”, as they were dubbed, were a delight for the coach. He learnt about everything from how the psychologists and the medical staff deal with teams to how analytical software can help him keep an eye on his players from all around the world.

It gave the 53-year-old all sorts of insights into how to get his team ready for the upcoming global showpiece.

“It’s remarkable some of the advances they have made. My interest was not in how they train or stuff like that, no. My interest was in how team psychology and match analysis has grown and how we can use it here,” the coach told Ghana’s Citi Sports.

Appiah shared some info with Liverpool boss Brendan Rogers and got to grips with how modern technology help analysts make immediate decisions while the game is on the go.

“I learned a lot from Anfield, especially. Brendan Rodgers was willing to answer any questions I had. We spoke about tactics and match analysis and many things,” Appiah said.

“Things are so advanced that with the latest technology it is possible to do real-time editing of matches as it goes on. This helps analysts make split-second decisions that can be the difference between a win and a loss.”

He was joined on the trip by his assistant, Maxwell Konadu, goalkeepers’ coach, Nassam Yakubu, team doctor Adam Baba, as well as Video Analyst, Michael Okyere.

The technical team also paid a visit to the League Managers Association (LMA). The delegation spent time with the LMA at St. George’s Park, the national training centre for England, to share ideas with some of the leading coaches in the country. It wasn’t the first time the Ghanaian coaching contingent visited England either. Last April, they undertook a similar visit to Manchester City. That visit was borne out of the Ghana FA’s standing partnership agreement with Manchester City, which involves the exchange of technical, logistical and medical support.

While he might have bulked up his repertoire with technical knowledge, he cannot learn how to help his players forget the heartbreak that is 2010’s exit. For Asamoah Gyan, the missed penalty following the Suarez’s red card is something he still thinks about.

“That penalty miss has been haunting me. It has made me a strong man. I can’t forget it. Every time I’m alone, I think about it. I keep asking myself when that opportunity will come again,” told Ghana’s CitiSport.

Gyan might not have the opportunity to take the same sort of penalty again, but he does have a chance to prove himself in the upcoming World Cup. He might not quite get the chance to shower himself in glory like in 2010, but with a little bit of self-belief and under the guidance of his coach, Ghana might just spring a few surprises this World Cup. DM