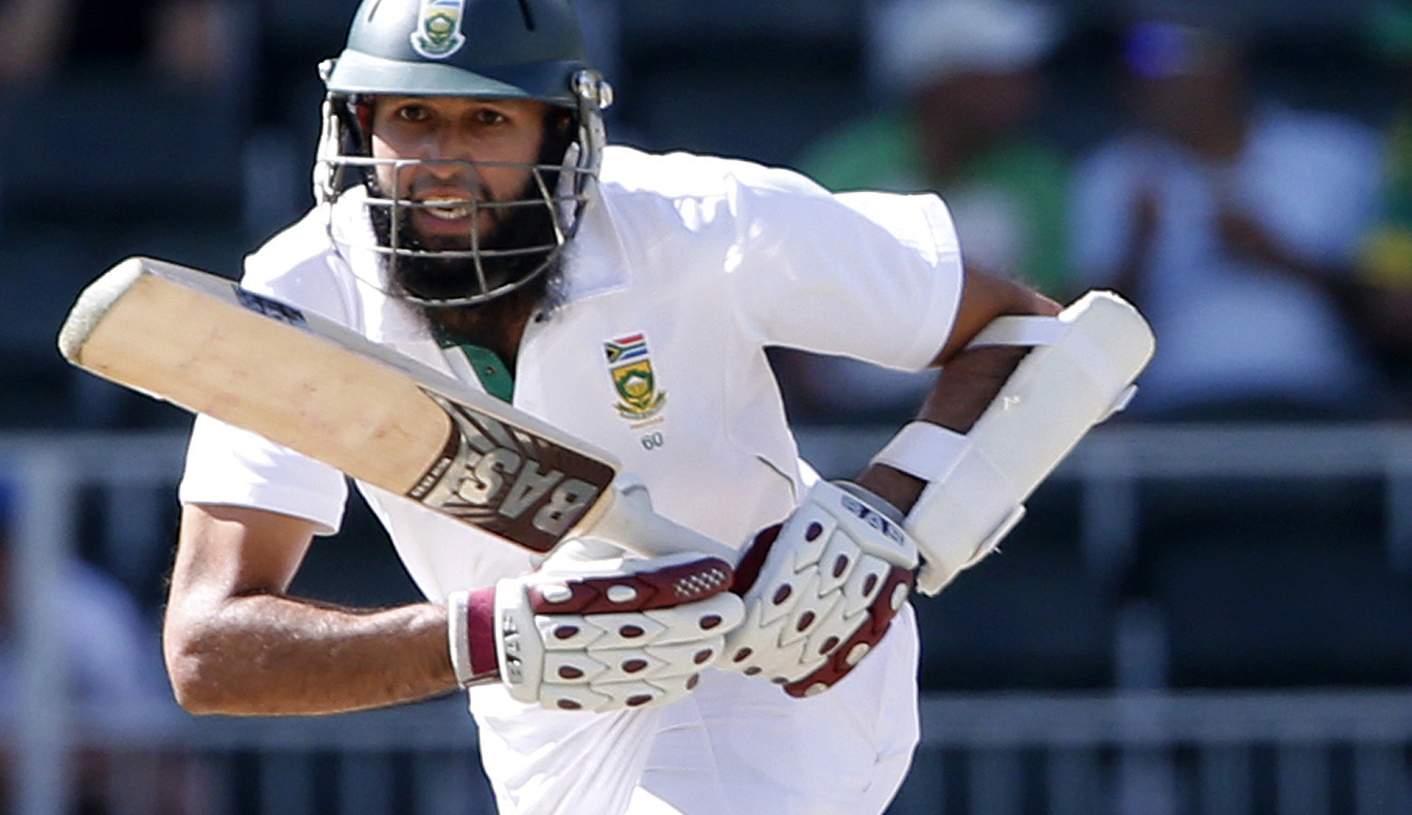 Hashim Amla has added his name to the list of potentials for South Africa’s next captaincy candidate. The decision will be made by the selectors over the next few weeks before being confirmed by the board in early June. By ANTOINETTE MULLER.

Over the next few weeks, the South African selectors have a lot of debating to do. They need to select a new Test captain and while that race was initially thought to be between AB de Villiers and Faf du Plessis, Hashim Amla has now added himself to the list of candidates.

For many, Amla’s decision will come as a surprise. He had previously made it clear that captaining the team was not of interest to him. He had stepped down from his role as vice-captain of the limited overs teams, but has apparently had a change of heart.

“It is unfair of me to wear the vice-captaincy cap if I am uncomfortable taking over from AB (de Villiers) when I am needed. Captaincy has always been an exploratory area of my cricket but after being at the helm for three ODIs and a few T20s I feel it’s time to groom a successor who has leadership potential,” was what Amla had said back then – but things are looking a bit different now.

The South African Test team is currently at an interesting juncture. Not only has it lost the experience of both Jacques Kallis and Graeme Smith, but it has also slipped form the number one Test ranking for the first time since 2012. It is exactly that massive experience drain that has led to Amla changing his mind about possibly leading the team.

“A lot has changed over the last few months,” Amla  told Radio 2000 in an interview.

Amla reportedly started to think about the possibility after Smith’s retirement, having been approached by some players with regards to the role. The 31-year old feels that he is now at a stage in his career where he can assume more responsibility.

“Graeme has retired; Jacques has retired. I have always stayed away from taking the leadership role but now that we have lost two core members I think it is a good time for me, if appointed, to add value to the team.”

On top of the changes to the fabric of the team, South Africa have also lost Gary Kirsten as coach, with Russell Domingo progressing from assistant to head coach. South African cricket is heading into a new era, one which is going to take some time to adapt to. The first challenge for Smith’s successor will be a trip to Sri Lanka in July – the same place South Africa last lost a Test series away from home. Sri Lanka can be an unforgiving place to tour, but all of the current captaincy candidates have plenty of international experience under their belts. It will take a collective effort to emerge victorious on that tour, which consists of two Tests and three ODIs. This might simplify the inauguration of the new captain, somewhat, especially if South Africa opts for Amla.

Should Amla land the job, it would mean that South Africa has three different captains for all three formats of the game. That kind of approach has been trialled by other teams before and its effectiveness is still debatable.

While the Test team and the limited overs teams do not necessarily exist in a symbiotic relationship, the philosophy of the teams remains the same. However, even that philosophy has started to evolve over the last few years.

Smith led across all three formats for the better part of his career, but responsibility was divided following the 2011 World Cup. Slowly but surely, the old group of senior players started to drift away – some by choice and some through unfortunate injury.

Since then, the likes of De Villiers, Du Plessis and even JP Duminy have started to form a new core group of senior players. Domingo has allowed the players to indulge in tactical decision making and spread responsibility across the team. This makes the sharing of captaincy duties across formats an easier choice. Most importantly, selecting somebody other than De Villiers in the position will also allow him to carry on keeping wicket.

De Villiers has suggested that he would like to relinquish the gloves if he were to take over the captaincy role, and while Quinton de Kock has emerged as a potential successor, Sri Lanka might be viewed as a baptism by fire for the youngster. Keeping De Villiers behind the stumps allows South Africa the opportunity to play an extra specialist batsman for a tough tour, before easing De Kock into the side. But team selection is another headache a bit further away and for now, the focus is on finding Smith’s successor.

With the evolution of shared roles and knowledge, Amla feels that having played so much cricket together will aid the process and transition.

“My mind is always active on the field; you can ask any of the guys. I’m always involved in the game, thinking up plans. I feel I would like to explore that more, should the board give me the opportunity,” Amla said in an interview with The Cape Times.

“I think collectively, too, we have a group of players that have played close to 10 years of international cricket, which has allowed us to create a bigger leadership group where we collectively take responsibility.

“And that is why whether I get it (the captaincy), AB, Faf, JP or anybody else for that matter, the captain-elect will have the support of the entire leadership group,” explained Amla. DM