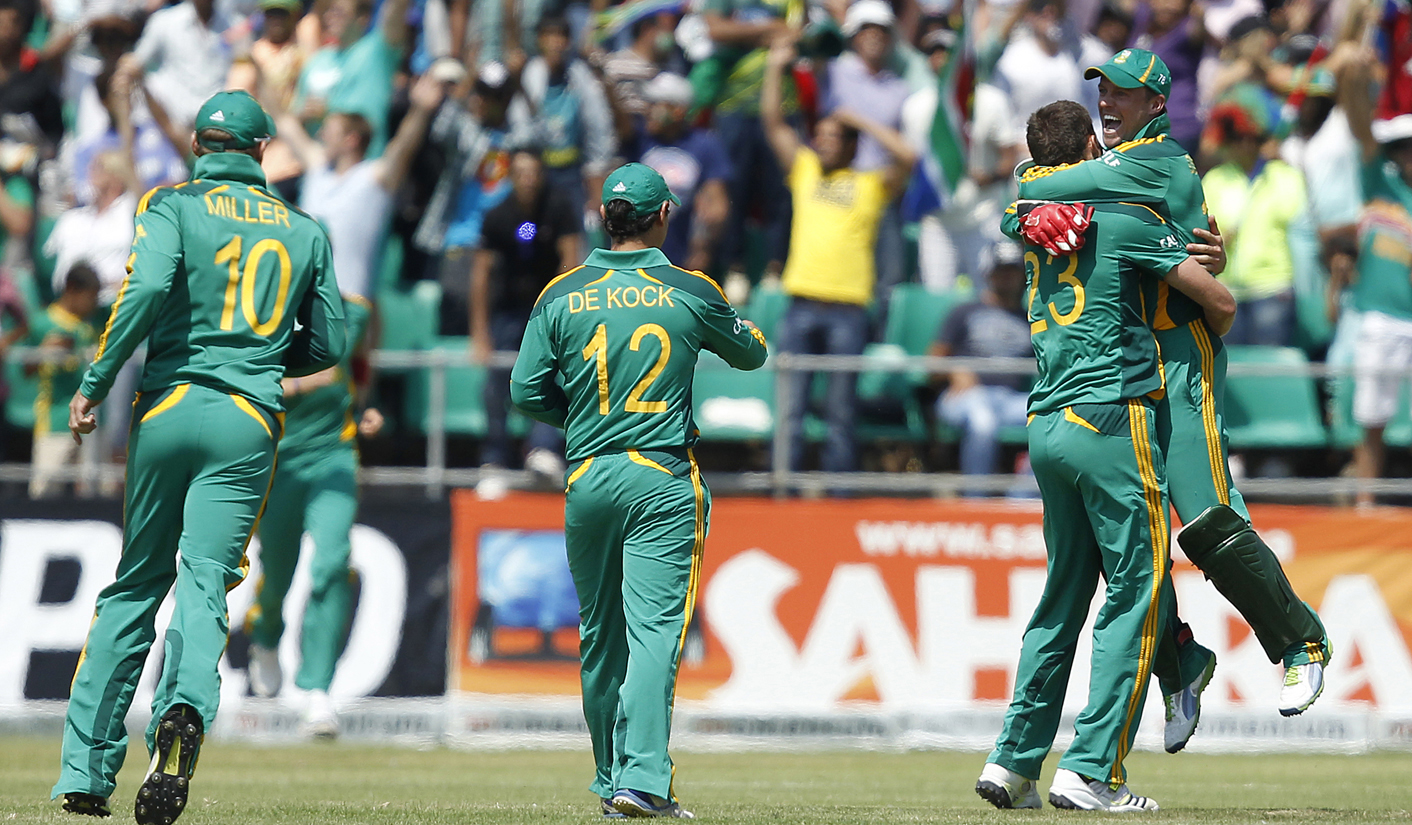 The latest TV statistics show that Test cricket is the biggest TV draw card for South African viewers. Who’d have thunk it, with the empty seats every man and his dog like to harp on about? By ANTOINETTE MULLER.

You only have to spend a little bit of time on social media to notice how pessimistic people are about the interest in cricket in South Africa. In fact, we’d wager that at least one bright spark has responded to the Tweeted version of this article with a RT reply saying: “Nobody”. When very few people can be bothered to turn up to watch Jacques Kallis play in his final Test, you can’t blame that sort of thinking.

Every year, though, Repucom releases data pertaining to people who watch cricket in South Africa. From TV figures to a small sample size of respondents surveyed through their “SponsorLink” product.

The summarised data always makes for tasty reading. It offers an insight into the people who watch cricket, helping marketers and sponsors understand their audience better. It also helps the custodians of the game assess where their audience is lacking and how they can improve on it.

The data is by no means the be-all and end-all of analysis, especially since there were just 1,205 total respondents for this quarter’s survey for this quarter. Still, there were a fair few digestible bits in the profiling of cricket watchers across the country.

The most interesting data from the survey this year was that more women than men watch Twenty20 and one-day cricket on the free-to-air broadcaster. For T20s, 53% of respondents were women and 42% of total respondents were over 50. For one-day internationals, 51% were women and 38% were over 50. The simplest assumption is that retirees are tuning and tapping into cricket on the free-to-air service, most likely because there is little else to watch when cricket takes over regular programming. The small size of the polled group might also have an impact on skewing the demographics.

Test cricket paints a more balanced picture for the free-to-air broadcasting figures, with 47% being women. Again, though, over 42% are over 50 and just 13% are between the ages of 25-34.

When it comes to paid broadcasting, the men take up a far bigger percentage of the viewership. T20s broadcast on Supersport had a 56% male audience with the majority of the audience being over 35. ODIs had a 57% male audience, again with the largest chunk being in the 35 to over 50 bracket.

Test cricket also had a 57% male audience with over 50% being 34 to over 50. Just 19% of respondents were between 25 and 34. That is a worrying trend that was present throughout – the 25 – 34 year olds aren’t watching much cricket of any format on any broadcaster. There was not a single instance where that age group comprised more than 20% of the audience. Again, it is important to note that the sample size is quite small and perhaps is more indicative of the desire of a younger audience when it comes to answering surveys and polls.

Most encouragingly, though, and with far more reliable data, Rupecom showed that test cricket is attracting the biggest cricketing audience in South Africa overall. During the Tests against India and Australia over the summer, 3,915,880 people tuned in on average per Test. Those are absolute unique viewers and only take into account individuals watching at least 25 minutes consecutively.

The six one-day internationals over the summer got just 2,690,822 viewers per match while T20s came in last with just 1,514,927 viewers. The dreadful weather during the T20s against Australia could be one explanation for the low interest in the format and matches.

But the numbers for Test cricket are encouraging. Clearly the interest in Test cricket is there, as much is also evident whenever South Africa play at Newlands. Yet other grounds struggle to fill up. That interest is also reflected in the viewership with the western Cape having the highest number of viewers across the board for both free-to-air and paid broadcasts and across all formats.

A possible theory is that there just currently isn’t a culture of watching cricket at stadiums in South Africa. Why this has dissolved or why it’s not being encouraged is debatable, but the interest certainly is there to be tapped into. When people are asked what is the biggest factor in making them go to a live sporting event, the answer is likely to be: “The vibe”.

It is hard to create a vibe at a ground where nobody bothers to show up, so encouraging more people to go to the stadiums outside of Cape Town should be something that CSA looks into.

The interest in domestic cricket remains limited with 125,059 average unique viewers for the Momentum One Day Cup and 315,497 on average for the Ram Slam T20. Overall, the MODC had 1.16 million unique viewers, down 10% from last year. That could be explained by many midweek starts which often doesn’t entice viewers to tune into cricket after work.

The T20 competition had 1.76 million unique viewers in total with a peak audience of 411,169 for the final between the Cobras and the Dolphins in February, proving that with enough marketing, quality cricket and when played at the right time, eyeballs will be drawn to watch local talent.

Although the stats for the one-day competition are disappointing, it might speak more about the general feeling towards one-day cricket. While it remains an important format, it is becoming more difficult to watch. With a World Cup coming up next year, though, these figures will most likely receive an additional boost this year as armchair selectors try to pick their best XI for the trip to Australia and New Zealand.

Overall, the numbers are encouraging, both for CSA and the brands who back them. Considering the boardroom politics the sporting body has had to contend with over the last few years, cricket fans clearly haven’t lost too much faith and can separate what happens in suits to the performances on the field. The most important thing now is to find a way to turn that interest into physical bums on seats and encourage the next generation of fans to make it part of life instead of just a passive pastime. DM

Photo: South Africa’s Imran Tahir falls as he avoids a bouncer from Australia’s Peter Siddle on the third day of the second test cricket match at the Adelaide cricket ground November 24, 2012. REUTERS/Regi Varghese.