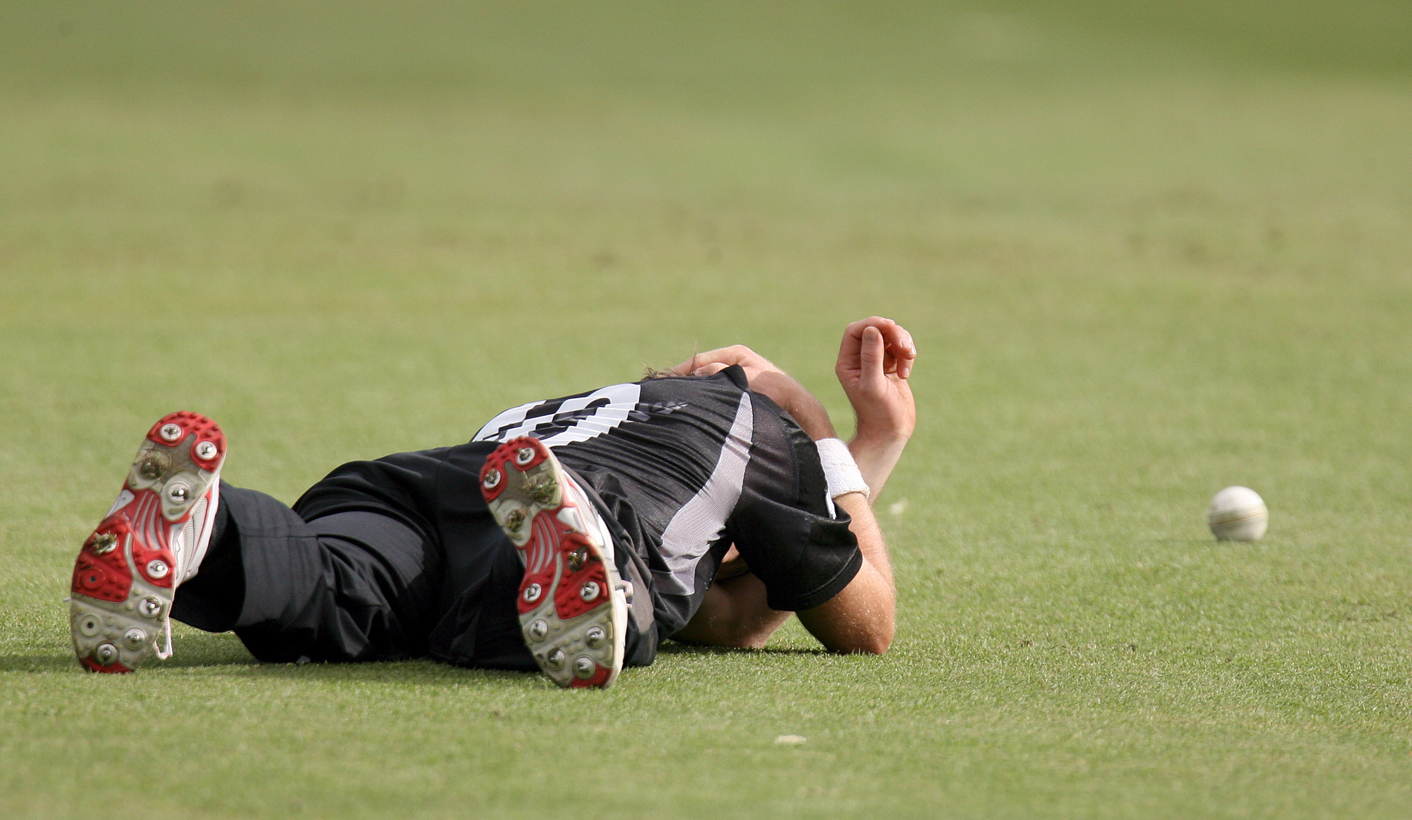 Revelations from former New Zealand cricketer Lou Vincent have thrown the issue of fixing in cricket under the spotlight once again. While the news is upsetting, it’s certainly not surprising. By ANTOINETTE MULLER.

It’s been a whirlwind few days in the cricketing world, with revelations of fixing crawling out of the woodwork yet again. Former New Zealand player Lou Vincent started the avalanche when he said that he had given the ICC’s anti-corruption unit information about fixing occurring in several county competitions in England and the Champions League T20.

New Zealand cricket confirmed that some of the Auckland Aces’ 2012 Champions League games were under the scanner, but insisted that no matches played in the country or involving the national team were being looked at.

Lou has apparently identified 12 games which were fixed, while Brendon McCullum has also revealed an approach from a player known only as Player X. He declined to get involved and it is unclear whether he ever reported it to the relevant parties. But these revelations are simply an extension of similar confessions made by Vincent last year already, and he is hardly the first to come out with the dirty laundry. Many others knew what he was up to, yet he was allowed to carry on playing cricket around the world.

Some have responded with surprise and shock at the revelations, but they really shouldn’t. Let’s not kid ourselves. One of the purposes for which cricket was invented was for the game to be bet on. When something is so intrinsically linked to something that can be easily manipulated, there will always be trouble. You have to be naïve to the point of being deluded to believe that cricket is clean in every aspect. It simply is not possible that at everything you see on a cricket field is legit. It is not cynical to question almost everything, although it might be quite irritating to the naïve. The web spans far and wide and those who monitor the situation simply do not have the manpower to keep an eye on everything. Some of the fixes are also so subtle that they are often quite difficult to spot and even harder to prove, unless there is a paper trail and recorded conversations.

Sport corruption is nothing new. As far back as 776BC, athletes have been up to no good. At an ancient Olympics site in Greece, there is a row of the remains of statues dedicated to their gods. The statues were built with fines paid by athletes and coaches who had been caught cheating. It is inherent in human nature to be swayed. But the current fixing climate is bigger than ever before. With the continuous globalisation of sport, the problem is extending branches into all corners of the world, but the problem is not with “innocent” (read: legal) sports betting, it is with the illegal betting markets. These markets span across the globe – from North America to Asia – and it is in the latter markets where the most dubious deals take place.

The illegal markets themselves pose a massive problem for The Anti-Corruption and Security Unit (ACSU). It has already said that it is monitoring up 100 suspected dodgy folks across the world. But beyond those who lure players into the traps, the players themselves also have a role to play.

The incentive to report any untoward activity is little to none. Some players are simply too stunned to respond. Others don’t know who to turn to and some fear for their safety and the safety of their families. Worse yet, imagine being the mole accusing an innocent person of doing something so terrible. It won’t do anything for team morale. Players’ associations have always demanded complete and total confidentiality in making reports, but many have been leaked, as in the case of Vincent. The risk of that happening is simply too big for a player to take.

Furthermore, while cricket certainly is a small sport in comparison to some other sports prone to fixing, all the T20 leagues popping up over the globe is making it increasingly difficult to monitor everything.

The ACSU does not have any power of the law. It can only investigate and hand matters and observe anything dodgy. It then hands information over to the respective cricket boards which have to act on it. Since the unit has been set up, Bangladesh have been the only cricket board to act on information presented to them. How can it be that only the cricket board has been presented with evidence compelling enough to launch an investigation? Cricket is in deep denial about the magnitude of the fixing problem and while light-meter readings and flashing stumps is fodder for easy discussion, fixing simply isn’t being talked about enough.

In some sports, fixing has become so deeply entrenched that the sports are akin to WWE or a scripted soap opera. Cricket has not reached those levels quite yet, but if it is serious about growing itself as a global game then it needs to act harshly in order to maintain at least some sort of sanctity. To do that, the powers that be need to act. The new revelations from Vincent and company come on the back of the newly formed power trio of Cricket Australia (CA), The England and Wales Cricket Board (ECB) and the Board of Control for Cricket in India (BCCI) suggesting the ACSU is to be reviewed. The review could see the anti-corruption body report to the chairman of the ICC rather than the CEO. That would mean that, under the current circumstances, the ACSU would be reporting to N Srinivasan. That same Srinivasan who is currently standing down from his BCCI presidential post on orders from India’s Supreme Court, following allegations of mismanagement related to the 2013 IPL spot-fixing scandal.

Cricket’s Big Three owes cricket much and it has much to prove. If ever it wanted to show that it had the game’s best interests in mind, now is its chance. The arm which investigates corruption must remain independent and it must be given the funds to do its work without being hampered. Without independence and funds, the stain of corruption will continue to spread, all while fan cynicism mounts.

While the ACSU could do with some sort of reform, its independence and funding is paramount to its success. That is where the ICC needs to take some serious decisions. After acting in its own interests for so long, it’s the least it can do. DM

Photo: New Zealand’s Lou Vincent lies on the ground after he was hit in the head by a throw from his fellow fielder during the semi-final ICC World Twenty20 Championship game between New Zealand and Pakistan at Newlands in Cape Town South Africa 22 September 2007. Pakistan won the game by six wickets. EPA/NIC BOTHMA