Malawi’s election preview: Not perfect, but it’s a start 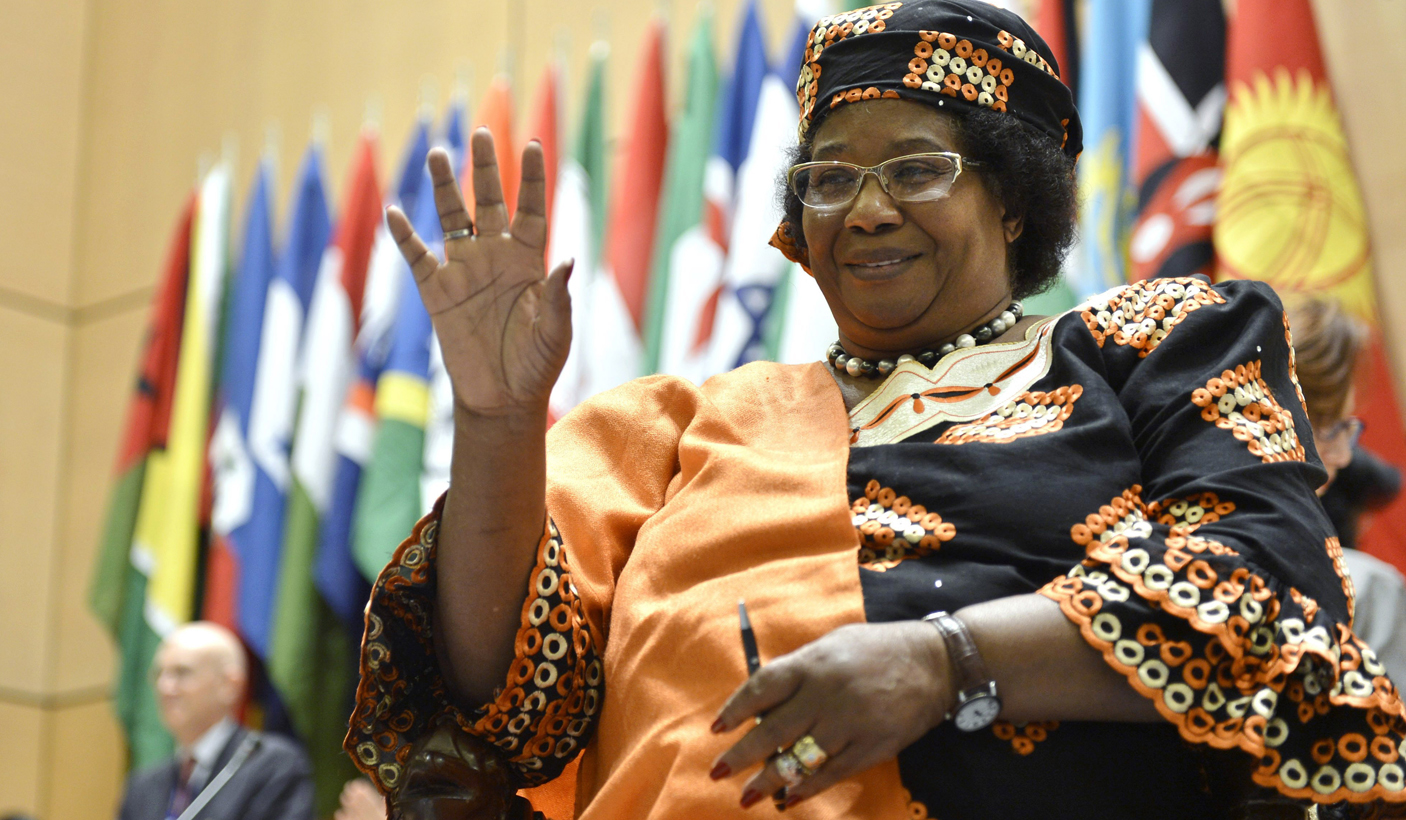 Malawians heading to the polls on Tuesday may well ask themselves if there is anyone truly deserving of their vote. In negative campaigns dominated by style over substance, none of the four leading candidates have emerged with particular distinction, and all are in some way compromised by their past. It’s not a particularly inspiring choice. But hey, it’s a choice – and that’s what Malawi should be celebrating. By SIMON ALLISON.

There was a time, not too long ago, when Malawian democracy seemed to be in terminal decline. Then-President Bingu wa Mutharika had fallen into the age-old trap of believing that he was bigger than the state; that the state needed him more than it needed a healthy opposition, an active civil society and a free press. Under Mutharika, harassment and intimidation of opponents was routine, and Malawi was well on the road to becoming a de facto one-party state. It was also on the road to penury, thanks to Mutharika’s increasingly eccentric economic policies and his alienation of the foreign donors upon which Malawi relies.

Malawi’s future looked bleak. Then something incredible happened. Just in the nick of time – before Malawi’s institutions had been completely hollowed out, before a succession plan had been cemented – Mutharika died. “His plan was only stopped by God himself,” noted Henry Kachaje, a columnist for Malawi24.

Mutharika’s death was sudden and unexpected, and not confirmed publicly for several days. His allies tried to take advantage of the chaos to install his brother Peter in the top job (more on him later), but Vice-President Joyce Banda was having none of it. She’d been frozen out of the ruling party, and Mutharika had tried to fire her several times, but she’d clung on for dear life to her constitutional mandate. Now she asserted her constitutional right to take over the running of the country, and got the military top brass – themselves concerned with the direction Malawi was taking – to support her.

Banda’s inauguration in April 2012 was a turning point for Malawi. She reversed the worst excesses of Mutharika’s regime, and got the economy going again. She persuaded donors to re-open the aid taps, bringing much-needed foreign currency into the country. Even more importantly, she abandoned Mutharika’s autocratic tendencies. Civil society was given a voice again, and political opposition tolerated, even if much of it was now aimed at her.

Malawi’s democracy, as chaotic and flawed as it is, was back. Two years later, it remains in ruddy health as Malawian voters head to the polls on Tuesday for an election that no one can predict.

There are four major candidates, including Banda, who are in with a chance (if highly unreliable opinion polls are to be believed). The others are the UDF’s Atupele Muluzi; the DPP’s Peter Mutharika; and the MCP’s Lazarus Chakwera. All command sizeable constituencies; all, however, bring some serious baggage into this election.

For Banda, righting Mutharika’s wrongs was the easy part. Actually governing Malawi in her own right has been much harder, made much more so by the infamous Cashgate scandal which has dogged her administration since it broke in October last year. Millions of kwacha found in a civil servant’s car boot unravelled a corruption web with tentacles deep inside the president’s office. Banda denies wrongdoing, claiming that this is yet another hangover from the Mutharika regime. Her response, however, has been disappointingly lacklustre. To date, only one cabinet minister and a few junior officials have been arrested. Once again, donors are unimpressed, and have suspended $150 million in aid. She’s also been rocked by two high-profile defections: both the state vice-president, and the vice-president of her People’s Party, have endorsed opposition candidates.

Banda’s most serious rival is Peter Mutharika, brother to the deceased Bingu. Peter took over Bingu’s Democratic Progressive Party, and is campaigning on a promise to re-enact the late president’s policies. This is a strangely compelling argument for some: even though Bingu was clearly going off the rails towards the end of his life, the early years of his presidency had been marked by substantive economic development. With the selective memory of a typical politician, Peter Mutharika argues that he will bring the good times back, conveniently neglecting to mention the precarious state of the economy at the time of his brother’s death. Critics worry that what he’s really doing is to fulfil Bingu’s legacy by consolidating power in the hands of the Mutharika family.

Also in the race is the United Democratic Front’s Atupele Muluzi, whose got a family name of his own to contend with: his father, Bakili Muluzi, succeeded Hastings Banda as President in 1994, serving two terms. Muluzi the elder is currently on trial, charged with stealing millions of dollars of aid money during his tenure. Muluzi the younger, meanwhile, is using his family wealth (however it was accumulated) to fund an energetic campaign promising change and shared prosperity.

Finally there is Dr Lazarus Chakwera, a pastor-turned-politician with little background in public life. This means he is inexperienced, but also untainted by any of Malawi’s recent scandals. He represents the Malawi Congress Party, the liberation party of Hasting’s Banda – which could be both an asset and a burden. “[Chakwera] had a daunting task in convincing Malawians that he is leading a renewed party. Its first leader, Dr Hastings Kamuzu Banda, ruled Malawi with an iron fist from 1964 to 1993. Mysterious deaths, political persecutions and detentions without trial characterised his reign,” noted Collins Mtika in the Mail & Guardian.

Malawi’s democracy is not perfect, and nor are the leading candidates in this year’s presidential election. The same, however, can be said for most democracies. What makes Malawi’s election special this year is just how competitive and unpredictable it is – and that fact that it is happening at all. Just a few years ago, when Bingu wa Mutharika was at his most eccentric, this was not a foregone conclusion. So while we don’t know who is going to win the vote on Tuesday, it seems safe to conclude that Malawians will get the leader they choose (notwithstanding a few vague, as yet unsubstantiated accusations of vote-rigging). If nothing else, this is certainly worth celebrating. DM

Photo: Malawi’s President Joyce Banda waits prior to delivering her statement, during the 102nd International Labor Conference (ILO) at the European headquarters of the United Nations in Geneva, Switzerland, 12 June 2013. EPA/MARTIAL TREZZINI