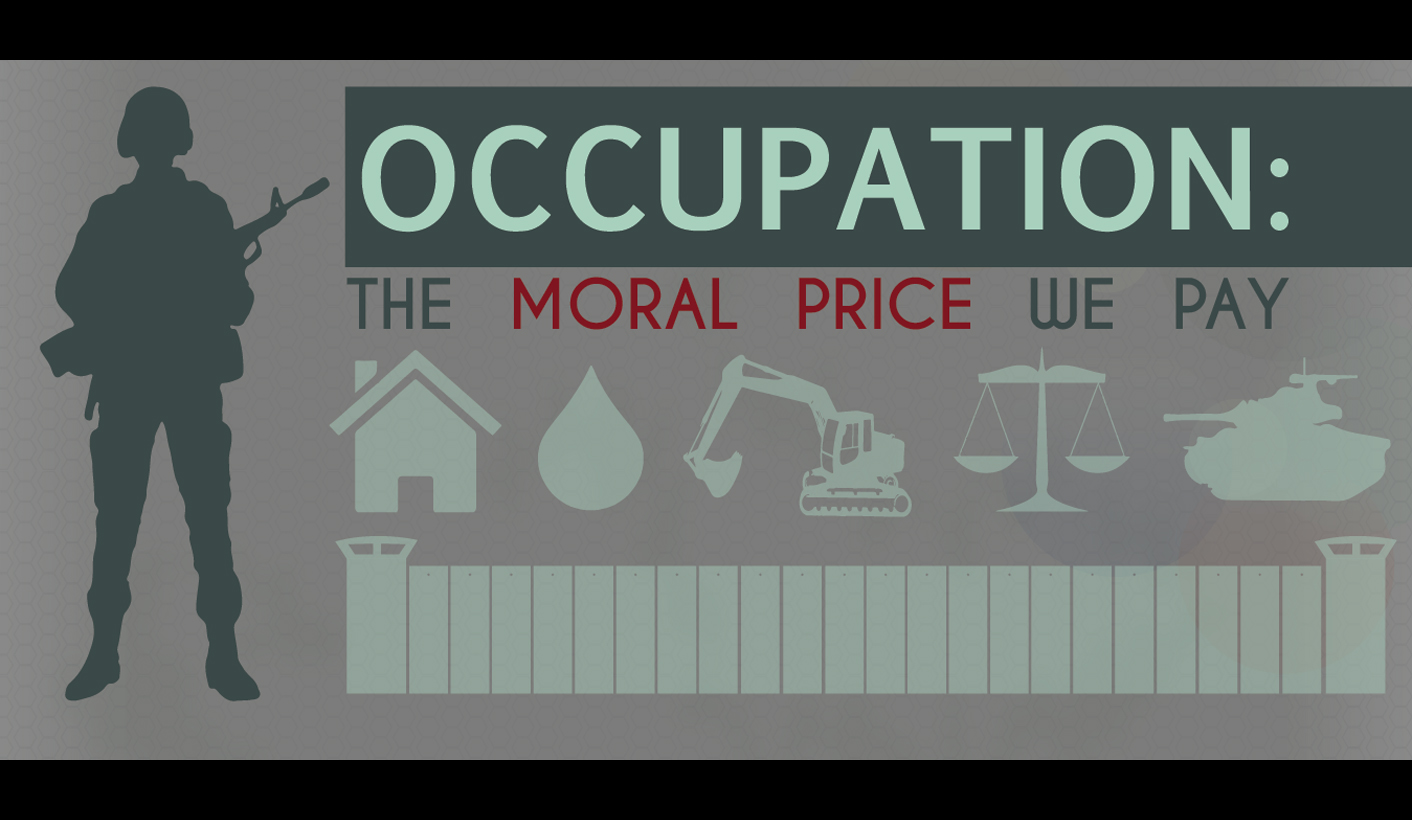 South Africa’s Jewish community is regarded as one of the most conservative in the diaspora, its blinkered support for the Jewish state characterised as an approach of ‘Israel – right or wrong’. But recent developments are recalibrating local Jewish opinion on Israel-Palestine, and posing challenging questions regarding the politics of sovereignty, security and democracy. By REBECCA HODES.

South Africa’s Jewish community is led by an elected group of officials called the Board of Deputies. Its membership is diverse – representing Jews of different denominations and political affiliations – but its mandate is singular. It must cut a swathe through the morass of local Jewish opinion, and convey a coherent and representative position on matters of relevance to the local Jewish community.

At times this task is relatively simple. In October 2013, when Marius Fransman told the Cape Town Press Club that 98% of property owners in the Western Cape were Jews, deploying anti-Semitic claims in a cynical pitch for electoral support, the Board laid a complaint with the Human Rights Commission. When a protest organised by Boycott, Divestment and Sanctions South Africa on Wits campus last year featured the singing of ‘Dubul’ ibhunu/shoot the Boer’ with the lyrics altered to ‘Dubul’ ijuda’/shoot the Jew’, the Board could again claim the consensus of the Jewish community in condemning the song’s vitriolic content.

At other times, however, the Board’s mandate is not nearly so clear-cut. In matters relating to Israel-Palestine, its responsibility to represent the community still applies, but its position is rendered infinitely more complex. The media, the government, and the public view the Board as a conduit for a local Jewish consensus, when the diversity of Jewish responses to the difficult questions raised by Israel-Palestine renders this an impossibility. The adage, ‘Two Jews, three opinions’, which deprecates the whimsy of so many Shabbat dinner discussions, is inverted. The vastly divergent political opinions of a community of 80,000 are reduced to the content of a single statement issued by the Board.

If the Jewish Board of Deputies is the African National Congress, Habonim Dror is the Youth League (prior to the axing of Juju and its political declawing). A Jewish youth movement with a global reach – Sacha Baron Cohen was an active member of the London branch – Habonim has a rich social history in South Africa. And while the movement’s leaders devote their days at summer camp to strumming guitars and working on their tans, they are also reading Ha’Aretz.

For decades, Habonim has served as a kind of political kindergarten for young Jewish South Africans. In recent years, its political participation has been formed in the image of post-Apartheid struggles for social justice. Many of its members have worked within the new social movements that have emerged in the last fifteen years, including the Treatment Action Campaign, Equal Education, the Social Justice Coalition and Ndifuna Ukwazi. These are young Jews, steeped in the mythology of Jewish participation in the anti-Apartheid resistance, for whom Joe Slovo, Ruth First, Helen Suzman and Albie Sachs are moral beacons. They were brought up with Rivonia’s Children next to the novels of Nadine Gordimer and Jewish Memories of Mandela on their family bookshelves. Aware of their privilege as affluent, educated, white South Africans, they are committed to social change. And they are doing something to affect it.

In recent years, these youngsters have ignited some fiery debates within the Jewish community. Articulate, bolshy and laden with empirical facts about the Israel-Palestine conflict, they have evoked the ire of the community’s right-wing. Through combining traditional and new forms of opinion-making, from public debates and op-eds in the Jewish Press to social media, they are posing tough questions about the compatibility of Israeli democracy and the Occupation. Their understanding of the substance of South African Zionism is precisely what renders their campaign so powerful.

While the local and global BDS movements have taken ‘Apartheid Israel’ as their rhetorical factotum, for many South African Jews this comparison is anathema. It closes, rather than opens, a space for critical engagement on Israel-Palestine. Many older Jews cannot reconcile the Israel of Shimon Peres, whose political career is soon to enter its eighth decade, and who was awarded the Nobel Peace Prize in 1994 together with Yasser Arafat and Yitzhak Rabin, with the hyper-militarised, rogue state at the centre of anti-Zionist critiques. Peres has twice served as the Prime Minister of Israel, twice as its interim Prime Minister, and is its current president. It was Peres who famously stated: “The Jew who condones Apartheid ceases to be a Jew, it is as simple as that.”

For generations of Jewish South Africans, Israel has been regarded as a refuge. This has been the defining fact of its existence, and the fundament of diasporic pro-Zionist support.

In contrast to the recent charges of xenophobia brought against the Israeli populace, many Jews regard Israel as a nation of refugees, having absorbed over three million of them in its sixty-five year history. Operation Magic Carpet (in which 50,000 Yemeni, Djiboutian and Eritrean were taken to Israel between 1949-1950) and Operation Solomon (in which 15,000 Ethiopian Jews were airlifted to Israel in 1991 in the course of just 36 hours) are two examples from a history replete with stories of salvation by the Jewish state. These events play a powerful role in the global Jewish imaginary, in the defence of Israel’s national morality and its role as a protector of Jewish lives, lest history repeat itself.

On the other side of the ideological chasm is a portrait of Israel not as the solution to, but rather the source of, a refugee crisis. For opponents of Israel, the creation of the Jewish state was not a moment for jubilant rejoicing, but of Naqba – catastrophe – the beginning of the territorial dispossession and oppression of the Palestinian people. For anti-Zionists, Israel is an exemplar of colonial conquest, dispossession and the brutalisation of civilians – the national embodiment of the global inequities carved in the era of Bretton-Woods geopolitics.

It is because Israel’s oppression of Palestinians has come to exemplify a particular form of global oppression, to epitomise human rights abuses, that the South African government continues to take a muscular anti-Zionist stance while issuing far weaker condemnations of humanitarian crises closer to home (the descent of South Sudan into famine and war, and the legislation of rabid homophobia in Uganda, are some current examples). It is this seemingly disproportionate criticism of Israel that is so bewildering to Jewish South Africans, and that has caused Jews to close their ranks of political opinion, to uphold the stance of ‘Israel – right or wrong’.

It is also for this reason that Habonim’s campaign for a two-state solution has highlighted a secure Israel as its first objective. Instead of downplaying the importance of Jewish statehood, it places this issue at centre stage – speaking of the creation of two safe and sustainable nations, Palestine and Israel. The campaign video states: “If you care about protecting Israel as a secure, Jewish democracy, and if you care about the rights and the future of the Palestinian people, then it is time to join the Israeli and global consensus and call for a two-state solution to the Israeli-Palestinian conflict.”

Pre-empting counter-allegations that this is the outlandish goal of young idealists, the video then describes the two-state solution as: “the stated position of Israel, the PLO, the UN, the EU, the USA and countless Jewish diaspora organisations.” The onscreen infographic shows viewers that these include the South African Zionist Federation and the Jewish Board of Deputies, as well as the Arab League.

The video is heavy on fact and light on emotive appeal. It went viral within a couple of hours of being posted on the Habonim Facebook homepage, with supporters changing their Facebook profiles to images of the campaign logo bearing the numbers ‘2-4-2’ (two states for two nations). Debates about the campaign were held in Cape Town and Johannesburg over the weekend. Both events featured heavyweights in Jewish public opinion, and both were packed to the hilt.

Photo: An infographic from Habonim’s 2-4-2 campaign, illustrating the moral cost of the Israeli Occupation.

The backlash against these campaigns is likely to be severe. In the past, young Jewish South Africans who have criticised Israel have been excoriated and victimised. Their names have been added to the infamous S.H.I.T. List (Self Hating and/or Israel Threatening), an honour roll of sorts for local Jewish personae. On last reading, its South African nominations included Dennis Davis, Nathan Geffen and William Kentridge. Some of the 2-4-2 campaign leaders have already made it onto the list.

But because they have positioned their campaign objectives so as to resonate with the politics of Jewish South Africans, quoting the former leaders of the Israeli Defence Force and the Shin Bet, rather than Noam Chomsky and Ronnie Kasrils, they cannot be so easily dismissed as anti-Zionists with no stake in a Jewish future. Instead, the 2-4-2- campaign is using a range of tactics to mobilise popular support against the blinkered status quo on Israel that is often championed by Jewish communal leadership. With an intimate knowledge of the political co-ordinates of the local Jewish community, the campaign’s goal is to reorient these leftwards. In their savvy use of social media to raise awareness about the necessity of a two-state solution, and in their home-grown appeals for the dual recognition of Israeli and Palestinian sovereignty and democracy, Habonim’s leaders may not succeed in manufacturing a new consensus among the Jewish community. But the existence of a growing dissensus on the position of ‘Israel – right or wrong’ can no longer be denied. DM