Post-election chaos: The DA’s riders on the storm 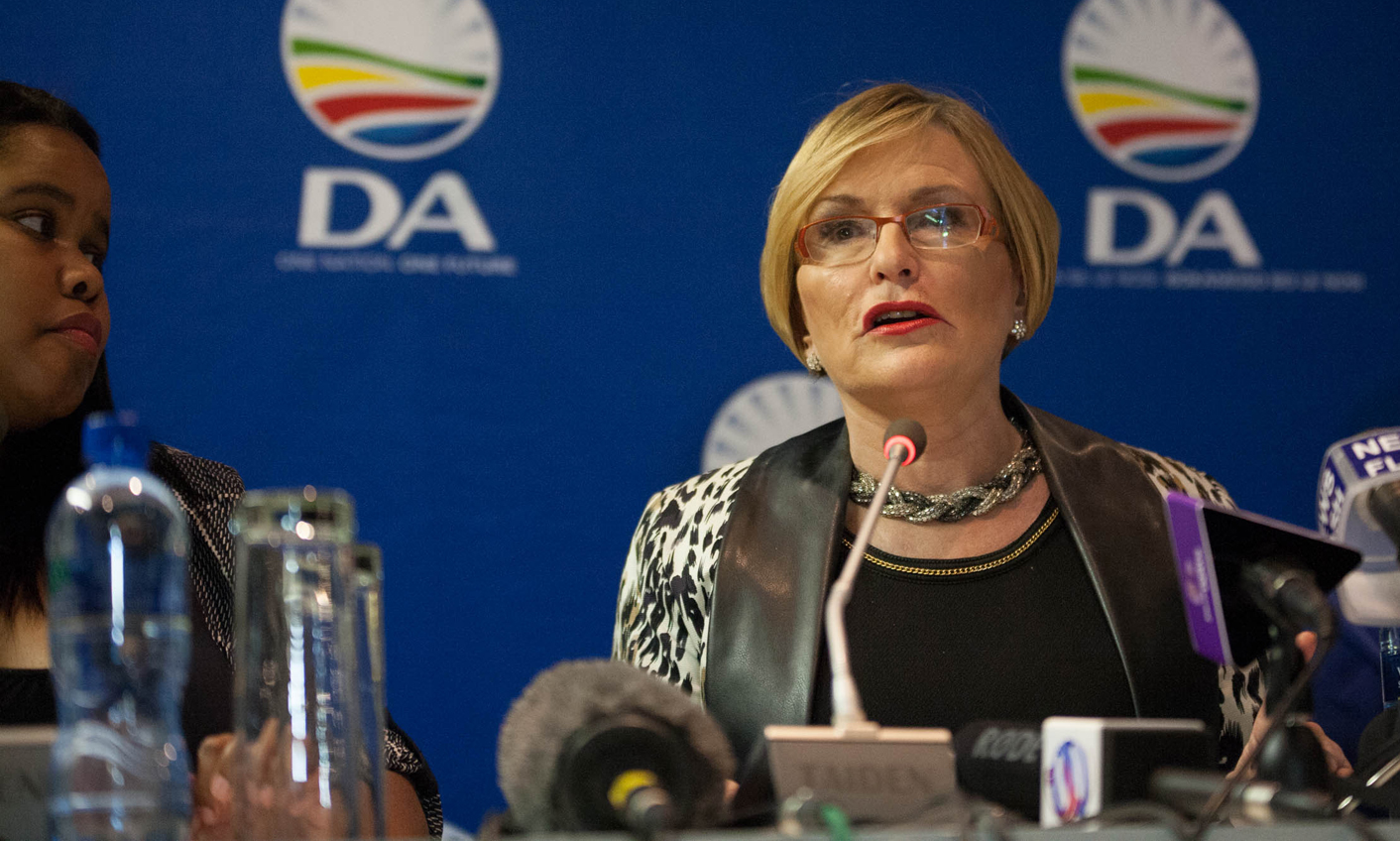 The Democratic Alliance seems to be going through a rough post-election period. Instead of focusing on its victories, such as they are, it appears to be riding out a tough growing-up phase, with disputes over who should do what, and why. It’s nothing uncommon: parties grow, the stakes rise, disputes get worse. There will, for the moment, be much sound and fury around the Sunday Times story suggesting that there is real gnashing of teeth in the party over the country’s most talked about university student. But the real question is not about that, or whether columnists are playing roles in political fights, but about the future of the party. This means that in the end, a decision will have to be made about who will represent the party as leader in the National Assembly. Or, as the argument has really been framed, why it should, and must, be Mmusi Maimane. But electing, appointing or anointing Maimane may well be the wrong route. Both for him, and the party. By STEPHEN GROOTES.

Under our system, parties often find the weeks after an election almost busier than the weeks before. Instead of focusing outwards, they have to focus inwards, and basically arrange the deck-chairs for the next five years. When I asked someone from a political party last week whether they had found the pre-election period or the post-election period more draining, the wry response was, “Are we on the record?”

It’s a telling point. Managing parties as they get bigger is always tough. The DA is not the Freedom Front Plus, where three Mulders and one Groenewald get to go to Parliament. The fact that the internal issues within the party have now led the country’s most influential newspaper two weeks running shows that it is more important. No doubt Gwede Mantashe is looking on with some amusement and considerable relief.

For many, it seems obvious that if Lindiwe Mazibuko is going to Harvard, then Maimane is the man to take over. He’s the party’s current poster boy: he’s popular, telegenic, and able to think on his feet. This may be just a personal observation, but he also somehow appears slightly more comfortable with himself than she does. When the arguments in Parliament turn, as they inevitably will, to identity, he will absolutely be able to move from being “The Little Obama of Gauteng” to Mmusi from Dobsonville, and use his life story against his detractors.

Having said all of that, it could still be the wrong course.

While Parliament looks like fun on TV, it can be a real drag. The debates are not really debates; it’s really one side abusing the other, until the vote is called (if it in fact is), and then MPs vote whichever way they’ve been told to.

Supporters of Maimane’s candidacy for the post could well point to the attention he will get, the face of the DA that he will project, captured in all of those TV news bulletins night after night. It’s true, if you are in that position, you do get some of the limelight. But let’s not kid ourselves. We all know who’s going to get the most attention in this Parliament. Or the first part of it, at least. I’ll give you a hint: his middle name is “Sello”. You need more? Maybe go through some documents at the Polokwane High Court, and it will become clearer.

The fact is that no one will come close to the attention Malema will get, and so there’s no point hoping Parliament can be useful for that sort of thing. In fact, considering how drunk Malema is likely to be on his own parliamentary poetry, it might make more sense to have the most sober person representing the DA to enhance the contrast. There are at least two good candidates. James or James; Selfe or Wilmot. Selfe seems to know the law better than most other MPs in the house, and has a stature to him that Malema would be advised to avoid insulting.

In other words, deploying Maimane here may not be the best use for him.

Then there is the risk that imposing Maimane on the caucus itself could backfire. The DA is now getting to the size where anyone who feels rejected, or put upon, is going to feel resentment, and the need for revenge. The ANC has provided us with more than enough lessons in that over the last ten years.

When trying to work out the best options for a party in this space (as the ANC is doing this week) it’s important to look at the choices that are available. In other words, if Maimane does go to lead the national parliamentary caucus, what other opportunities are being given up?

Actually, quite a few. We are just two years away from Local Government Elections, and we now know that the City of Joburg is pretty much in play. Maimane’s day job up until now has been leader of the DA caucus in that council. There’s a big opportunity here to keep him on in that job, and as national spokesperson, and send him back to the parts of Gauteng he just left to continue campaigning. Instead of being introduced, slightly hopefully, as the next Premier of Gauteng, he could be introduced, with a lot more confidence, as the real-life next mayor of Joburg.

Considering that local politics, the politics of the big metros, could well overtake the public imagination over the next twenty-four months, this would not be a bad move. Especially as the chances are relatively high that he could in fact win. And once the city’s finances are cleared up, and those who pay rates have faith once again that their bills actually make sense and come on the same day every month, and those who are owed refunds for house transfers they sold four years ago are repaid [Stephen, I suspect you are speaking from personal experience here – Ed], it would be time to mount the next full frontal assault on Gauteng itself. If the DA was lucky enough to take Tshwane at the same time, the assault on Gauteng would be two-pronged, and thus that much more plausible.

Someone who may be watching all of this rather closely is Athol Trollip. He was the last leader of the DA in Parliament before Lindiwe Mazibuko. He is now, still, the leader of the DA in the Eastern Cape. Which means that he’s probably the person to put some money on to be the next mayor of the Nelson Mandela Bay Metro Municipality. That would be a pretty strong comeback, considering how it seemed he was almost being shoved aside as a white man to make way for Mazibuko.

But there is actually a massive question mark at the root of this parliamentary contestation. It shouldn’t really be happening at all. As Tony Leon has been pointing out for the last week, on every platform available to him, the post of Parliamentary Leader should not be something you have to hold an election for. It should just be held by the party’s leader. That is the normal assumption; we’ve just had different assumptions because Zille doesn’t want the job. It is not clear at this point why. What is wrong with leaving the Western Cape Premier’s office – would the whole place fall into the sea if she wasn’t there? Is there someone who might be premier if she is not that she worries over? The noise about party lists doesn’t really matter. They can be changed almost at will once Parliament starts. Considering that the party appears to set so much store in developing leaders, growing its own timber, to use the phrase, why has someone not been groomed to become Western Cape Premier to allow Zille to move to Parliament? It was certainly foreseeable that the party would win the Western Cape again, and that this problem would arise.

All in all, these are strange days indeed for the DA. It needs to make sure it weathers this storm well, because nothing is as damaging as internal fights.

They tend to take parties from seven percent of the vote, to just 0.5%. As Mosuioa Lekota could tell you. DM

Photo: Hellen Zille and Lindiwe Mazibuko at the IEC ROC, 9 May 2014 (Greg Nicolson)