Chad slams the CAR border shut, but who’s really to blame for the refugee influx? 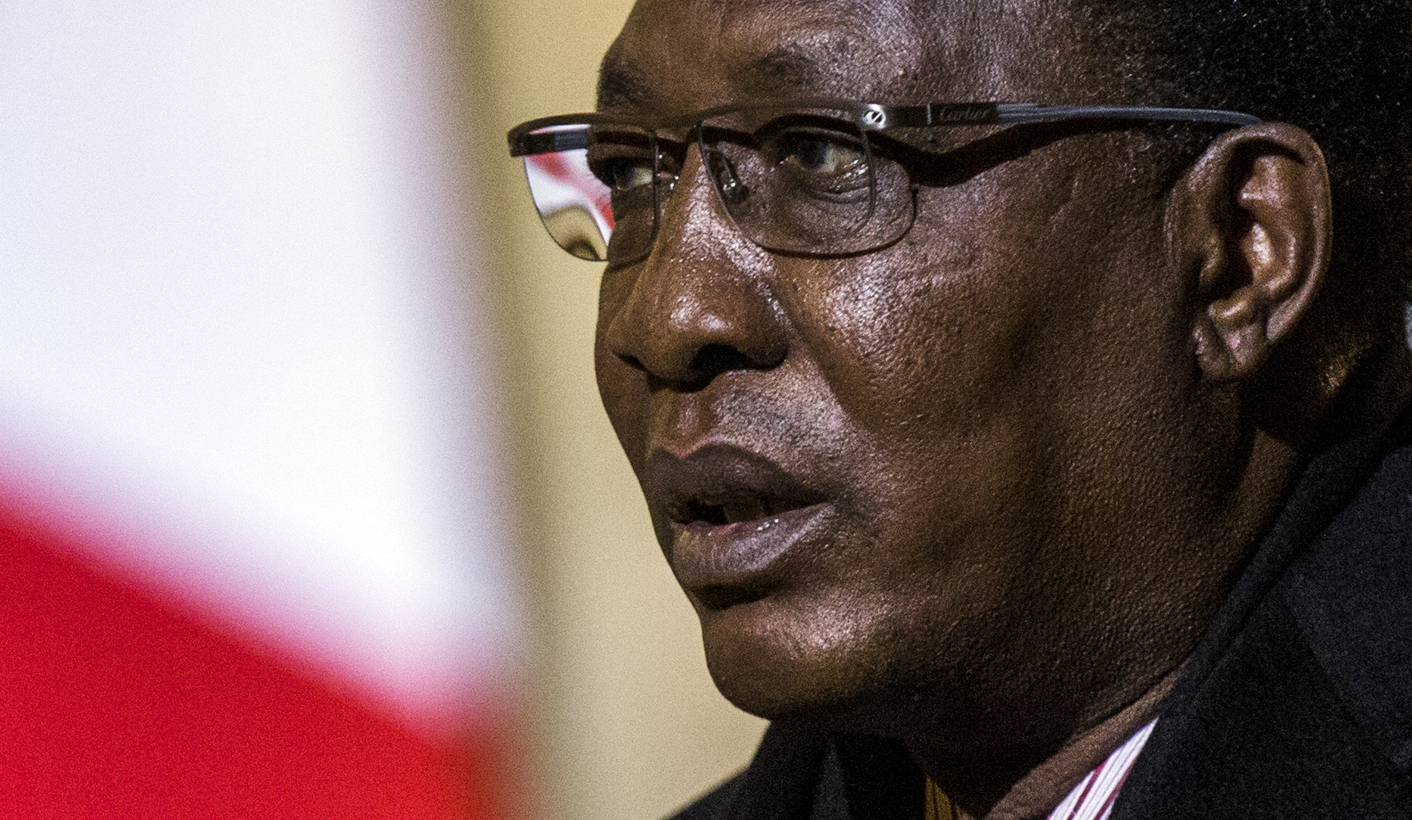 Chadian President Idriss Deby wants to shut down the long border his country shares with the CAR. He’s had enough of the constant stream of refugees flooding his southern provinces, and international law be damned. Here’s the irony, though: if Deby hadn’t meddled so much in the CAR in the first place, maybe all those refugees wouldn’t be in such a hurry to flee. By SIMON ALLISON.

After touring the regions of his country that border the Central African Republic earlier this week, Chadian President Idriss Deby Itno made an unexpected, and unexpectedly severe, announcement: that Chad would beshutting down its 1,000-kilometre long border with CAR.

“Be aware that as of today our border is hermetically sealed,” said Deby. “For any Chadian who wishes to return home with his property, we will open the border wide. But apart from this precise case, nobody is authorised to cross the border until the Central African crisis is solved.”

It’s not hard to work out Deby’s reasoning. The instability in the CAR has been spilling its borders, manifesting in Chad as a steady stream of refugees, almost all Muslim, looking to escape the increasingly sectarian fighting. Tens of thousands have descended on squalid refugee camps in Chad, some walking for nearly two months to get there. They are in desperate need of humanitarian aid – aid which Chad has been reluctant to distribute. They also look unlikely to return to the CAR anytime soon, giving Deby’s administration a long-term headache. The more of refugees, the bigger the problem – and what better way to stem the tide than to simply shut down the border?

That this contravenes international law should got without saying, but we’ll say it anyway. As a fully signed up state party to the Refugee Convention, Chad cannot legally turn refugees away. Refugees have a right to escape conflict, and for many Chad represents their only option. Not only does Chad share a long border with the CAR, but there are also longstanding ties between the Muslim communities on both sides of the border.

“President Déby has slammed the door in the face of refugees arriving from CAR, condemning them to continued suffering. He must reverse this decision and the international community must do more to support the tens of thousands of refugees from CAR who have fled to Chad,” said Christian Mukosa, Amnesty International’s Researcher on Central Africa. “Closing the Chadian border now will cut off a crucial lifeline to civilians seeking refuge in Chad. Civilians from CAR must not be sent back across the border where they will be at heightened risk of being attacked or killed.”

Compounding the sheer callousness of this decision is one inescapable irony: that the refugee problem is mostly of Chad’s own making. Perhaps there wouldn’t have been so much chaos in the CAR if Chad hadn’t meddled so much in the first place. When it suits Deby, those borders are exceedingly permeable. Only now that his involvement has backfired does the Chadian president seem to remember that they exist at all.

Deby has played a crucial role in CAR politics for more than two decades, installing and removing presidents at whim. He is the kingmaker, making and breaking leaders as he goes. First, Deby kept CAR President Ange-Félix Patassé in power; then he helped install Francois Bozize.

The current crisis was sparked when Bozize too outlived his usefulness, and Deby abandoned him. At a crucial moment in the advance of the Seleka rebels in early 2013, Chadian troops, there ostensibly as part of a central African peacekeeping mission, stood aside to let Seleka through. From there, it was an open road for the rebels to the capital Bangui.

Once in power, the relationship between Seleka and Chad became even more pronounced. UN reports speak of Chadian soldiers, some in peacekeeping uniform, helping Seleka attack opponents in Bangui. Other reports suggest that significant chunks of Seleka’s fighting force were in fact Chadian mercenaries.

Once again, Deby the kingmaker was pulling all CAR’s strings. Except this time he miscalculated. With no natural constituency, and making no attempt at real governance, the Seleka regime was short-lived, overthrown by a motley collection of self-defence militias known as the anti-balaka. Religious tensions between the mostly Muslim Seleka and the mostly Christian anti-balaka exploded into violence, with innocent Muslims slaughtered in their thousands. Hundreds of thousands more were forced out of their homes, some escorted out of the country by peacekeepers in huge convoys.

Among those peacekeepers were 850 Chadian soldiers, the international community turning a blind eye to their continued involvement in the conflict. Their presence made a mockery of the peacekeeping efforts. It’s a bit like getting raped by a policeman, and then having the very same one assigned to handle the complaint.

In early April, Chad withdrew its soldiers after the UN found that some had killed 30 civilians in Bangui “without provocation”. It was one of several similar incidents involving Chadian troops. Chad denies all accusations of wrongdoing, blaming others for seeking “tarnish the image of our valiant defence and security forces”, according to Prime Minister Pahimi Deubet Kalzeube.

Now, Deby, with his tail between his legs, wants to shut the door on all the refugees seeking to escape the conflict he helped ignite. As he does so, perhaps he will reflect that without his constant interference in the CAR, the country might not have become so unstable – and the refugee problem wouldn’t exist in the first place. DM