Eritrea: ‘The sheer numbers of people fleeing tell the story’ 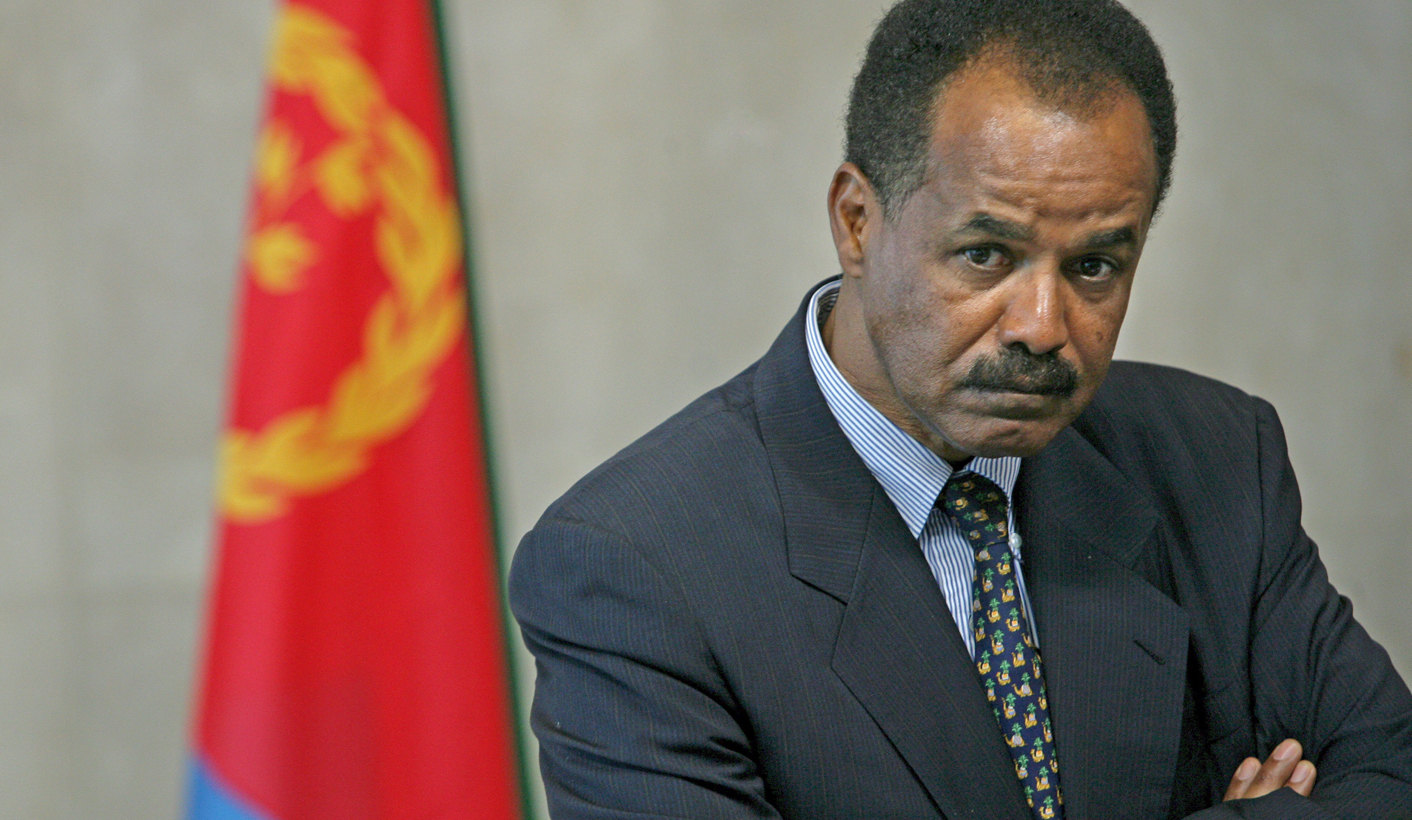 There is no better symbol of the failure of the Eritrean state than the thousands of refugees who abandon it every week, searching for a better life – even when escaping is often more dangerous than staying put. SIMON ALLISON spoke to Dan Connell, a long-time Eritrea watcher, about the perils that await Eritrean refugees, and why they are so desperate to leave in the first place.

Outside of Eritrea itself, there are very few people that know the country as well as Dan Connell, a journalist, an academic, and now a visiting scholar at Boston University’s African Studies Center. As a foreign correspondent for the Washington Post, he spent months in the trenches with the Eritrean freedom fighters. Post-independence he worked closely with the new government, before becoming one of its fiercest critics – his outspokenness earning him permanent Persona Non Grata status. He’s now one of the world’s leading experts on Eritrean politics, having published seven books on the subject.

The Daily Maverick caught up with him at the University of Pretoria, where he was giving a guest lecture at the Centre for Human Rights. He’s here to highlight one of the many under-reported consequences of Eritrea’s decline: the vast exodus of young Eritreans into surrounding countries, looking for a better life but often falling into the clutches of human traffickers.

SIMON ALLISON: Despite its perils, many Eritreans are risking a dangerous border crossing – the army is authorised to shoot would-be refugees on sight – to escape their country. What are they fleeing from, and why in such large numbers?

DAN CONNELL: Firstly, the UN has counted some 300,000 Eritreans leaving in recent years, out of a population variously estimated at 4-5million, and there are many who are not registered and the UN doesn’t have count of. So you’re really talking a significant share of the population. What distinguishes this flow of refugees is the very significant percentage, maybe 45%, are young people, say 16-25 years. The factor that is driving most is the imposition of an indefinite program of national service, the conscription of the young people into military service and also in many cases indentured servitude to the state, working on government or ruling party enterprises. Terms that were initially defined as 18 months have turned into eight or ten years or longer and I think many of the young people just see absolutely no future for themselves. They fear the possibility that if they get out of line in the situation they’ll end up detained, perhaps tortured, perhaps killed.

Getting out of Eritrea is not a solution in itself. Eritrea’s neighbours (Djibouti, Ethiopia, Sudan, Yemen) have their own problems. What makes Eritrean refugees particularly vulnerable?

Many of the Eritreans coming out are of Christian background and particularly when they move into Sudan, a country into Islamist rule, they find themselves isolated, cut off from opportunities within the country and in some cases targeted for discrimination or worse – the human trafficking operation. [Human trafficking] has involved the kidnapping of refugees, the transport to the Sinai in the past and increasingly now the detention within secret spots in Sudan, where they are tortured and forced to demand ransom payments from relatives living abroad, anywhere from the US to Europe to Israel or sometimes inside Eritrea. These ransoms have run into the area of $30,000-$40,000 dollars so the trade here has become a very lucrative business for the traffickers and a very ugly one for the Eritreans. I think what is remarkable about this is with the dangers of being caught up in this trafficking ring, coupled with the dangers of simply trying to cross the Sahara or to get out through other means, where so many have died trying, illustrates just how driven people are to leave in the first place.

Coming into today’s talk, I know you were concerned about possible disruption from pro-government supporters, and I know you’ve had disruptions before. Even for myself, writing about Eritrea, the comments get very personal and very threatening. What sort of issues have you faced trying to cover Eritrea?

I think the Eritrean community itself is clearly deeply divided. There are people who are passionately supportive of the country, there are also people who support the government more by default because they fear the threat of Ethiopia, and they buy the argument that they can’t criticise the government without weakening its defence of the country. On the other side, there are people who are extremely disturbed over the political repression and the lack of economic advance within the country that everybody believed was possible in the 1990s. And there’s a very large middle ground of people who really want to see everybody somehow have a chance to get back and engage with Eritrea and get along, and are the so-called silent majority in this. The two extremes are fairly passionate. The response to criticism of the regime of course inside Eritrea has been arrest, detention, disappearance, torture…it’s not really surprising that the mirror to that outside is disruption and efforts to stop conversations about opposition.

My general take on this is that the comments on articles, the shouting at events, is really from a fairly small minority of people. In the case of the event we had today, there was a set of talking points five pages long that was distributed – we heard two of the questions from the talking points asked today, I saw a copy of it before I came in [So did the Daily Maverick. Sure enough, questions from the talking points were asked verbatim]. So it was a very well-organised and orchestrated attempt…The questions that were asked obviously didn’t reflect somebody who had even listened to what I had to say. They were pre-programmed, and I think that again is an indication of how the government tries to deal with criticism. It just can’t tolerate it.

Who would be distributing the talking points?

Supporters of the government or members of the ruling party who are here in the diaspora. They are a minority. Eritreans in South Africa, I think a significant number, are here trying simply to keep their heads down and get by. Many fear public criticism will make it difficult for them to go home, difficult for their relatives who are at home, because repression is often visited on families inside Eritrea, but there is a significant contingent here of Eritreans supporting the transition to democracy, the recognition of the country’s long-dormant constitution, and some of them were also here today.

Speaking to South African diplomats, they paint a very different, a very rosy picture of what’s happening in Eritrea. What do you make of this position?

…You know, the sheer numbers of people fleeing the country tell a story itself. The people are voting with their feet, and to try suggest that a population known for its fierce nationalism would be churning people out to go elsewhere, it just doesn’t make sense. I’m sorry, when the diplomats make that argument I think the answer is alright, open up the country, let us come in and see for ourselves.

You’ve been involved in Eritrea for a long time – in the trenches during the civil war, working alongside the new government after independence. Now you’ve been made persona non grata. You can’t go back. How does this make you feel?

I feel like a part of me has been cut off. It’s my second country in many respects…I am deeply invested in the country, I have many very close personal friends there, and I believe deeply in Eritrea’s possibility as a society and as a new kind of state in Africa. I look forward to the opportunity to go back once the regime changes, and I am hopeful that that will take place within the next 3-5 years.

I think the president of the country [Isaias Afewerki] has complicated health problems. This is not the kind of country where you’ll see a popular uprising. Fear is too great. Fear not only of the regime, but also of course Ethiopia outside, and as long as they can wield that stick they will manage to keep the repressive regime in place. This is one of the reasons I have been repeatedly calling for international efforts to end the border conflict between the two countries to strip that away from the regime as an excuse to keep their heel on the population. DM

Photo: President of Eritrea Issayas Afewerki attends a news conference with European Commissioner for Development and Humanitarian Aid Louis Michel (not pictured) after their meeting at the European Commission headquarter in Brussels, Belgium, 04 May 2007. EPA/OLIVIER HOSLET