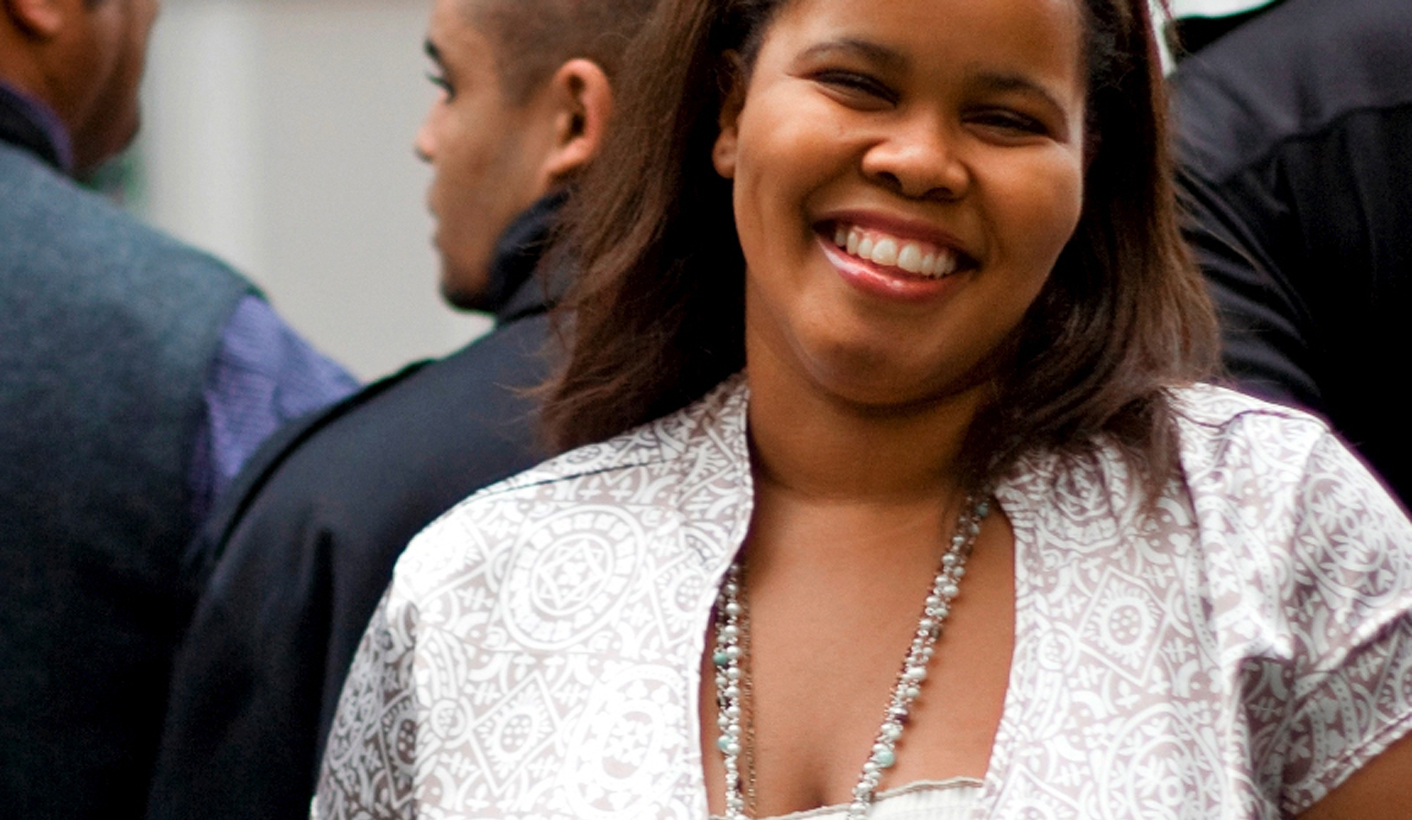 The elections are over, the champagne has been toasted. If you wanted a break from politics, you’re out of luck. The Democratic Alliance’s (DA) Lindiwe Mazibuko has announced she won’t be leading attempts to impeach the president this year. Instead she’ll be walking the hallowed halls at Harvard. Not only has the move got the ANC’s Fikile Mbalula in a huff, but it leaves the DA with another difficult dilemma. Who’s to take their National Assembly throne? By GREG NICOLSON.

During a press conference on Friday at the Independent Electoral Committee’s results centre in Pretoria, DA leader Helen Zille was flanked by her two rising stars. Spokesperson and candidate for Gauteng premier Mmusi Maimane was to her left, with DA parliamentary leader Lindiwe Mazibuko to her right. Mazibuko, 34, and Maimane, 33, stand with Julius Malema, also 33, on the podium of the most influential young South African politicians. They’re also leading examples of the DA’s attempt to transform from a “white party” into a vibrant, racially inclusive option that can deliver on its promises.

Zille and Maimane fielded questions on their futures. Zille said she’s not married to the leadership post but is committed to serving the party. Maimane, whose status grew during a huge campaign in Gauteng, which led to him being called “little Obama” by the ANC Youth League’s Mzwandile Masina, said he’d wait for the results to be finalized, then make a decision.

It’s Mazibuko, however, who will be moving on. The Sunday Times revealed that Mazibuko wouldn’t be going to Parliament when it resumes as she’s decided to study an M.A. in public administration at Harvard University. “I took the decision in September when, during a visit to Yale University with others pursuing high-profile careers, the value of such a break became clear to me. I had considered it before, and believe the decision is the right thing at the right time for the DA and for me, because it will improve what I can offer the DA politically,” Mazibuko told the newspaper’s Jan-Jan Joubert.

Sunday Times says only after informing it of the news did Mazibuko inform Zille, shortly before the DA’s post-election bash. She reaffirmed her commitment to resigning from her post and going to study in what was a pleasant meeting, said Mazibuko. “She wants to have a year out to reflect and consolidate. Being enriched by other world leaders, and it will be a fantastic opportunity for her. Of course I am sad to see her go, but she’s not lost permanently, and she is coming back,” Zille was quoted by eNCA.

After embarrassing confusion over the party’s position on employment equity legislation last year between Zille and her parliamentary leader, Mazibuko insisted her decision to leave was not due to differences with the party leader.

It’s hardly been easy for Mazibuko. She’s been called a “tea girl”, has been insulted for her accent, fashion sense and voluptuousness, all while on a fast track to becoming a leader in what was seen as a conservative, white party. Speculation abounds as to whether the vocal parliamentarian is leaving simply to develop her skills or because of differences in the party. Zille has spoken often on the country’s politics still being defined by identity, and the sudden resignation from the DA of one of the most influential people in the country was certain to raise eyebrows.

The ANC’s Fikile Mbalula went on the front foot. On Twitter, the Minister of Sport and Recreation savaged the DA. (Consider a big sic on all of the following.) “DA is a racist facist party, they stand for anything and everything that is backward. Am not surprised by Lindiwe’s move if is true,” said Mbalula. While he said the move to Harvard was good for her, Mbalula argued Mazibuko was leaving because she was being used by a party that was neo-liberal, racist, and anti-affirmative action. “Fact is DA Neva loved them they are used ‘as rented blacks’ Lindiwe and Mmusi ‘Obama mimic’ Maimane,” he continued. “Lindiwe is an intelligent young woman used by a racist political party as a weapon of mass distruction.” He accused the DA of using her like a “condom” for its own gain, a comment in vogue lately as Julius Malema said the ANC did the same thing with both himself and Mbalula.

Adding fuel to the fire from critics like Mbalula is the timing of Mazibuko’s announcement. “Lindiwe Desire Mazibuko” was at number three on the DA’s list of candidates to go to the National Assembly and, being one of the most well known members of the party, featured fairly prominently in the party’s election campaign. Apart from being a strong parliamentarian, she’s also a symbol of a DA transformed beyond the fear that it will “bring back Apartheid” because of its predominance of white leaders. As such, both she and Maimane were seen as selling points. They have the skills and in a society hypersensitive about race, they might appeal to black voters.

If Mazibuko stated her plan to leave for the United States before the elections, whether due to differences with Zille or simply to improve her CV, it would have harmed the DA, which despite not winning any more provinces, made significant gains across the country and polled impressively in targeted areas.

The DA now faces the task of choosing another parliamentary leader. The party refuted reports that Maimane, who succeeded Mazibuko as national spokesperson, would be catapulted into her spot, as it must go through an internal election process. While Maimane, a DA deputy federal chairperson, appears to be one of Zille’s favourites and has a higher profile than any other black member of the party, he may face an uphill battle taking the position if he is challenged by more experienced members in the party. Being appointed to parliamentary leader would be a meteoric rise for the 33-year-old, having shot to prominence in the 2011 Joburg mayoral race and then leading the DA’s caucus in the city.

Then there’s also the issue of Mazibuko’s return. “Don’t be sad, Razzmatazz. It’s only one year. But I will miss you too! :-)” she tweeted Mbalula on Sunday. She says she plans to return to the party and earn her dues once more. But her departure means the DA, which needs immediately to focus on the local government elections, will not only be faced with more questions over race, but also has to navigate an internal election blown open by the Lindiwe vacuum. DM