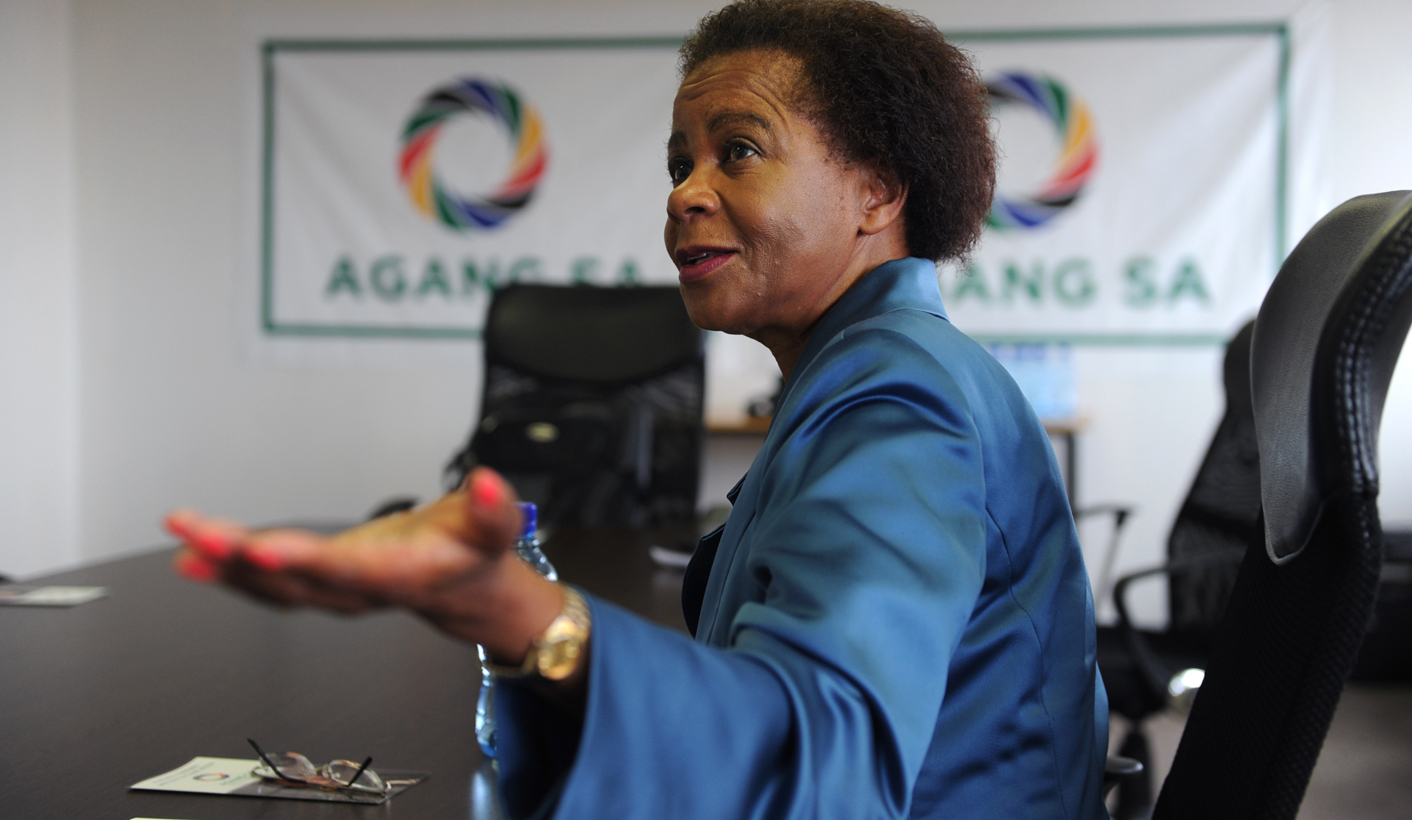 On Monday morning, political parties contesting this year’s general election must conclude their election campaign. For the next two days parties are meant to be observing a “campaign silence” while voters mull their choices. According to some, the 48-hour campaign silence is a crucial cooling-off period to reduce tensions and any potential for conflict on Election Day. This weekend, then, was the last chance for parties to reach voters. KHADIJA PATEL gathered the final messages of some of some of the smaller parties contesting this election.

In the Bekkersdal taxi rank, as squawking chickens complain of imminent death, residents talk furtively of political hostility, intimidation and fear. Unlike the chickens, their fears do not lie in the vision of a sharpened knife, nor is its fate dependent on a taste for fried bird. Residents say a public articulation of their political positions may endanger their lives and property.

And indeed some parties appear to be as territorial as leopards, who defend their territories against the encroaching advances of rivals by spraying urine and leaving warning claw marks on tree trunks. Here in Bekkersdal, posters and party regalia are used much the same way.

As tensions simmer, hundreds of extra police have been deployed to the township.

According to SAPS spokesperson Solomon Makgale, the bolstered police presence in Bekkersdal is no different to other “hotspots” ahead of this election.

The police presence, staggering as it is on first sight in Bekkersdal, is supposed to assist creating conditions for an election that may be deemed “free and fair”.

And though government’s security arm is outstretched, as it tries its best to prevent electoral violence, isolated incidents of intimidation and violence have still been reported in some parts of the country.

On Sunday, the DA said buses carrying its supporters were pelted with stones. And the Inkatha Freedom Party said a meeting addressed by Mangosuthu Buthelezi in Ermelo, Mpumalanga was disrupted by ANC supporters.

“While our members and supporters were gathered for an election rally at the Wesselton Community Hall in Ermelo, a situation developed that could easily have ended in tragedy,” the IFP said in a statement. “The ANC, which was campaigning nearby, heard about our rally and irresponsibly chose to conduct a drive-by in a convoy of some fifty vehicles, hooting and waving ANC flags.”

“Our members were taunted, insulted and provoked, and a skirmish quickly ensued.”

The statement adds that IFP members sustained “minor injuries” in the clash.

The IFP has laid criminal charges with the police and will also file a complaint with the IEC. Buthelezi’s party says the ANC has jeopardised free and fair elections.

When Buthelezi addressed his final rally in Ulundi on Sunday, he was upbeat about the possibility of “change”.

“This has been one of the most incredible election campaigns I have ever experienced,” Buthelezi said. “Everywhere I went in the last few months I could see the tide turning; I could sense the rising of a revolution of goodwill.”

Buthelezi was fiercely critical of the ANC, saying its leaders had misunderstood their role.

“Too many political leaders misunderstand their role. They are into pocket politics, where positions simply mean money and tenders and swag,” he said.

And it was the character of the leaders of the ruling party, and its cadres in government that also came in for severe criticism by Agang SA leader Mamphela Ramphele at a rally in Seshego, Limpopo.

According to City Press, Ramphele said people were “tired of promises, tired of tenderpreneurs and bridges that collapse”.

Earlier, private investigator and AgangSA candidate Paul O’Sullivan said an investigation he had undertaken in Mpumalanga had uncovered massive fraud regarding land claims in the province.

“I’ve nicknamed it the pothole province, because the money they steal is the money that should have gone into fixing the roads. Pretty much all the roads except for the N4 in Mpumalanga are full of potholes,” O’Sullivan said.

And on cue, UDM leader Bantu Holomisa has vowed to cleanse government of corruption.

Addressing thousands of supporters at the UDM’s final rally in Mtata, Bantu Holomisa said his party would root out corrupt elements in every sphere of government if elected into power.

“Are things so bad that we might as well throw in the towel?” Holomisa asks. “The UDM emphatically says ‘no!’ We believe that it is not too late to turn the situation around.”

“An annual South African Social Attitudes Survey, done by the Human Sciences Research Council, showed that 66% of South Africans believe that the country is heading in the wrong direction. Why, then, do people want to again vote for the ANC?

“Open your eyes and punish the ANC for its cavalier attitude and callously risking our futures and the prosperity of South Africa.”

Eyewitness News says the party’s spokesperson, Palesa Yates, said the party wants to create a South Africa where crime is not a daily reality.

“We want a country in which women can walk in the streets without fear of being raped, in which cars are not stolen in a routine way.

“We are calling on people to vote for the ACDP because it’s the only party that promotes the family. We need to promote that, otherwise we are going down as a nation.”

But for other parties contesting this election, their appeal to the electorate is small: “One seat in Parliament will ensure that we begin the process of returning the country to its people and preventing our government from selling any more roads or other assets of the people and our country to foreign corporations,” an online advertisement for the Ubuntu Party implores.

The party plans on instituting a People’s Bank or State Bank, “which creates all of the nation’s money free of debt and interest, that we can resolve the economic crisis and provide for a just and economically equitable society.”

Their message: “Vote with your heart, not your mind.” DM