Colour me political: May Day & the elections that are just a few days away 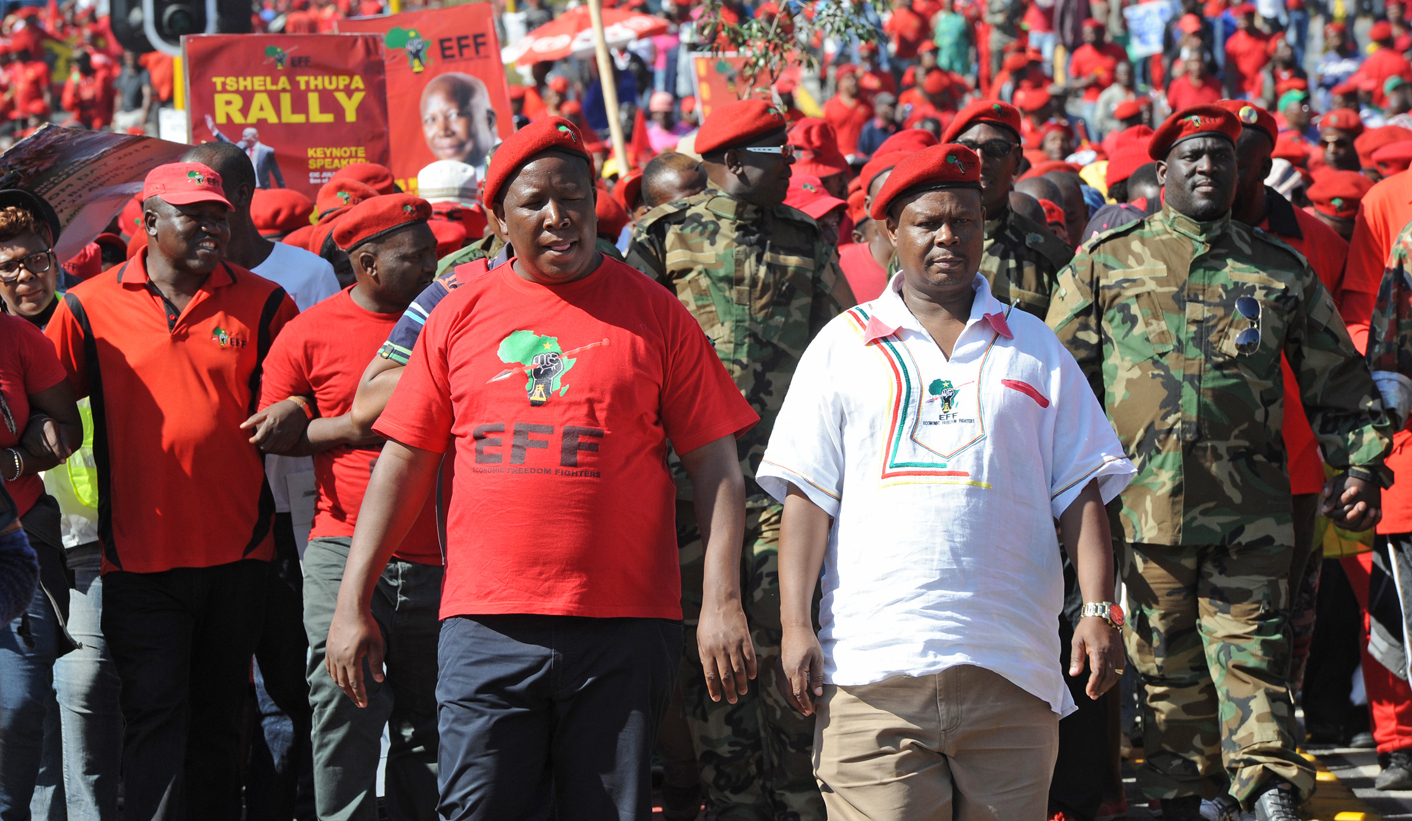 When the 100th anniversary of May Day was commemorated in 1986, Cosatu, which had been formed in December 1985, demanded that the day be recognised as a public holiday. When that demand was not met, Cosatu’s call for a stay-away was heeded by more than 1,5-million workers. Thousands of school pupils, students, taxi drivers, hawkers, shopkeepers, domestic workers, self-employed and unemployed people rallied and stayed away from work. It was an unparalleled show of strength by South African workers, and further mobilisation against the Apartheid state. Two decades after the dawn of democracy, it’s again a pivotal day to commemorate. By KHADIJA PATEL.

In 2014, 20 years after South Africa’s first democratic election, May Day is indeed observed as a public holiday, Workers’ Day. And this year, the need for an affirmation of the rights of workers in South Africa is particularly significant.

An Association of Mineworkers and Construction Union AMCU-led strike in South African platinum mines, which involves about 70,000 workers, has been going on for three months at Anglo American Platinum (Amplats), Impala Platinum (Implats) and Lonmin.

Unlike the ANC, who struck more foreboding notes of the platinum miners’ strike, United Democratic Movement (UDM) leader Bantu Holomisa is reported by Business Day to have reiterated his party’s support for the strike.

“UDM supports AMCU on its demands. We hope you will be united and not give in to the traitors,” Holomisa said at a Workers’ Day rally organised by the National Council of Trade Unions (Nactu) at the Pumas Rugby Stadium in eMalahleni.

Holomisa was also scathing of the ANC, saying the ruling party was “nowhere to be found when people were killed in Marikana, but now they are campaigning there. We don’t have a leader here, but an opportunist.”

At Cosatu’s rally in Rustenburg, National Union of Mineworkers (NUM) deputy president Thamsanqa Matosa called on strikers to go back to work.

“This is not a labour dispute; it is a strike intended to destroy the economy of our country,” he said.

The 2012 strike at the Lonmin mine in Marikana exposed NUM’s inability to adequately represent the will of the workers.

And it is the still-burning memory of Marikana that has shaken South Africa of any complacency regarding the right of South African workers to pursue industrial action.

Speaking at the same rally as Holomisa, the Economic Freedom Fighters’ Commander-in-Chief, Julius Malema, invoked the memory of the slain in Marikana, when he implored the crowd to teach the ruling party a lesson.

“When you vote, you must say those who killed workers will never get workers’ votes,” he said.

“Their time is up, it’s now time for the workers.”

Malema was also critical of Cosatu, who, he said, had been reduced to a “workers’ desk of the ANC”.

He also lambasted Cosatu general secretary Zwelinzima Vavi as a traitor who only fought for workers when he was suspended, but continued to campaign for the ANC as soon as the courts overturned his suspension.

And indeed, it was electioneering and not the rights of workers that was the dominant theme of the messages of politicians addressing Workers’ Day rallies.

“Less than one week before the general election, we see many making a mockery of May Day,” the Workers and Socialist Party (Wasp) said in a statement on Thursday.

According to Wasp, “The ANC, their supporters in the Cosatu leadership and the SACP are using their rallies and events today to try to channel the hopes and aspirations of workers into political support for their mortal enemy – the capitalist class – at the ballot box next Wednesday.”

In Kimberley, meanwhile, Democratic Alliance leader Helen Zille paid tribute to South African workers but used her address to re-emphasise the DA’s probing of President Zuma’s failure to create jobs in his first term in office, while asserting the DA’s own promise of more jobs.

“Today we have gathered to remind everyone of the 1.4 million more South Africans who have become unemployed under President Jacob Zuma,” she said, accusing the president and his cohorts of having vested interests in the status quo.

Agang SA said Workers Day was a reminder “of the many challenges that South Africans face with rampant corruption, an unaccountable government and stubborn low economic growth”.

“We need to reimagine the South African economy with a stronger Competition Commission, industrialisation, mechanisation of our mines, supporting a new farming industry that plants industrial crops such as bamboo, hemp and soya (amongst others),” Andrew Ihsaan Gasnolar, Agang SA’s Chief Operating Officer said.

He said Agang SA believed “in empowering South Africans instead of focusing on scorecards”.

Some 28 years have passed since that Cosatu call for a stay-away on 1 May 1986. We have successfully won the day as a public holiday, but for striking platinum mineworkers, their demands appear to have been reduced to seasonal politics. Elections are just a few days away. DM