The Prince amongst them: KP Boateng’s bumpy ride 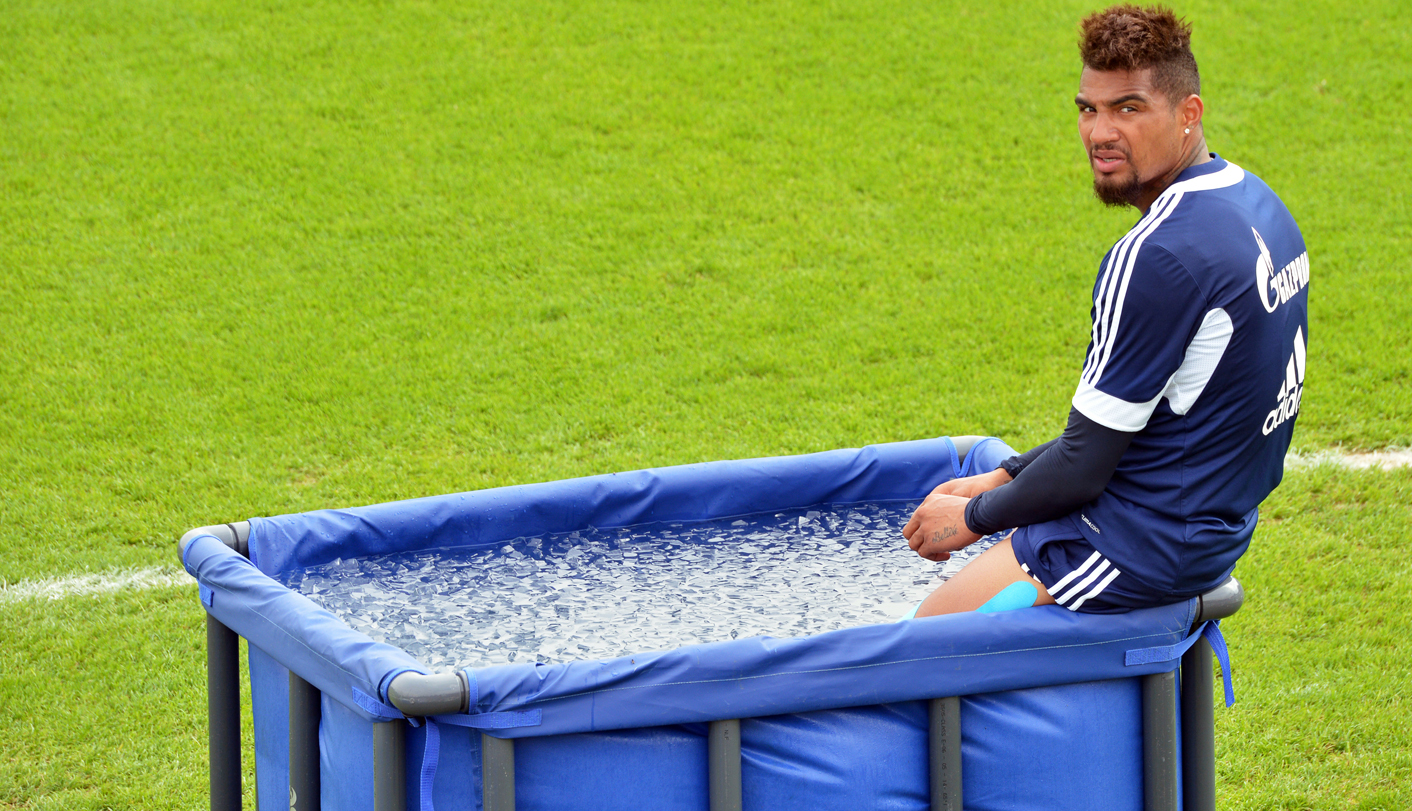 Kevin Prince Boateng has been synonymous with controversy for much of his career. Since making his debut for Ghana in 2010, he has retired, unretired and divided opinion amongst supporters of the Black Stars. But he’s matured a lot since his early years and will be a vital asset for Ghana both on and off the pitch. By ANTOINETTE MULLER.

Nationality in sport is becoming an increasingly abstract concept. In cricket, it is mostly South Africans who leave their natives to seek a career elsewhere and there is no need to mention the jokes around the English cricket team’s penchant for employing them. In soccer, things are slightly different. With so many African immigrants in Europe, it is not uncommon for players with African heritage to represent European countries. Sometimes, though, the tables turn and players are wooed by African countries away from their European promise.

One such player is Kevin Prince Boateng. Born in Berlin to a German mother and a Ghanaian father, the 27-year-old has had a slightly controversial journey to making his international bow. He made his international debut for Ghana in 2010, a country he had never visited in his life prior to the decision. It was a decision which would ultimately cause much controversy amongst supporters of the Black Stars.

After Ghana’s World Cup campaign, it wasn’t long before Boateng announced his retirement from international football, saying that his body simply couldn’t keep up with the stress. He has subsequently been labelled an opportunist by many and vehemently divides opinion amongst Ghanaians and the football world.

Last year, he renounced his retirement and has played for the Black Stars thrice since. However, that hasn’t stopped him from raising eyebrows just a few months before yet another World Cup, with respect to his efforts to market himself. But what is expected of somebody who has no real affiliation with his parental country? His father walked out on the family when he was just 18 months old and he grew up German. He represented Germany at various age groups, from Under-15 right up to Under-21, and his half-brother, Jerome Boateng, plays internationally for Germany, too. (It was only because of a 15-minute meeting in 2009.)

Anthony Baffoe, the first African player to ever play in the Bundesliga and the son of a Ghanaian diplomat, had always been the one person checking in with Boateng and trying to convince him to play for Ghana. Baffoe, like Boateng, was also born in Germany and was the first Ghanaian expatriate-player to represent the Black Stars.

In 2009, while in Milan, Baffoe as well as the president of the Ghana Football Association had a meeting to try to convince Boateng to switch allegiances. Armed with a dossier to strengthen their case, it didn’t take long for them to convince Boateng to make the decision and commit his international future to the country.

There is nothing strange about trying to lure the best players to a country. It’s a common approach in club football and it’s becoming an increasingly common tactic internationally, too. The problem is that there is often little or no connection expat players feel with their parental countries. Boateng’s relationship with Ghana was limited to knowing his father was from there, and switching international allegiances was nothing more than a job for him.

There is not much wrong with that. Patriotism is, after all, a manufactured construct and people tend to latch on to manufactured heritage when it comes to World Cups anyway. Harmonising the switch from country can be tricky, but Boateng says it’s something that’s evolving and he hopes to inspire other young kids in Africa to follow in his footsteps.

“I feel increasingly Ghanaian. I’m discovering that side of me, but I’ve definitely still got a lot to learn about the country and its culture. Until 2010 I had never visited Ghana before, but the national team gave me a warm welcome. I’ve since grown to love it and now I even eat Ghanaian food at home in Dusseldorf. I know there are a lot of young children in Africa that want to grow up to be like me, so I think it’s important to be a good role model.”

Those footsteps will have to be a far cry from the early stages of his career. Part of the reason for his snub from representing Germany at full international level was for his bad reputation, but this is something which is slowly changing too and the midfielder puts his early errors down to being young and naïve.

“If I had to give an excuse for what happened in the past, it would be that I was not aware of the full impact of some of my actions. Maybe it was stupid to think that I wasn’t that well known. I was young, so although I was an idol to kids, I still had idols of my own. But I have always been me. I put a lot of obstacles in my own path during that time,” Boateng told Fifa’s weekly magazine.

Between 2009 and 2011, controversy attached itself to him like a magnet. From a threat of a court case for criminal damage at a night club, a horrible foul on Michael Ballack, which ruled the player out of the 2010 World Cup and his wife leaving him, Boateng was having a pretty rough time and now – apparently more mature – Boateng assumes at least some responsibility for his actions.

Something else he’s taking responsibility for is fighting racism in football. In 2013, during a friendly with AC Milan, he and teammate Sulley Muntari were greeted with monkey chants from spectators in Busto Arsizio. The chants began when the kick-off whistle blew and Boateng raised his concerns with the referee who told him not to worry, but the chants continued. With the referee not reacting, Boateng walked off the pitch in the 26th minute. He picked up the ball, hurled it at the spectators and ripped off his shirt. His teammates followed him off the pitch in a move that would become one of the cult responses to racism in football. The game was subsequently abandoned, but the response will forever be remembered as one of the most critical responses to racism.

In a CNN interview following the incident he said he would have done the same in any match, even a Champions League clash.

“When I was younger, I was ignoring it, but now I have a little son. I want my son to grow up in a nice place, not a place where you have to be confronted with racism. I don’t want to see this bullshit anymore,” he said.

It’s a mature response from somebody who is often misunderstood based on face value. Boateng, on the surface, comes across as the typical football star. Bags of cash, fancy clothes, a dodgy past, tattoos and model girlfriend is everything that represent the “flash” of footballers which can be unpalatable. He might not originally be from Africa, but he does have the ability to inspire a generation of young players. While he has made his mistakes in the past he comes across as a genuine and responsible young man who has put his misdemeanours behind him. On the pitch, he will play a pivotal role in Ghana’s World Cup campaign, just like he did the last time.

During this year’s World Cup, just like in 2010, he will face off against his half-brother Jerome. In 2010 when Germany and Ghana played each other, creating a significant moment in history. It was the first time ever that two male siblings played on opposite teams at the World Cup. This year will be different.

“My first match against Germany four years ago was very emotional. I didn’t sleep the night before. A lot of things were happening in my life at that time. Now things are different. I’m really looking forward to the match, and as underdogs, we want to pull off an upset. Everyone thinks Portugal and Germany will progress to the last 16, and that takes the pressure off us. I’m not talking about winning the World Cup though; I don’t want to create any expectations.” DM