AFRICA CHECK: Does the ANC have a ‘good story to tell’? 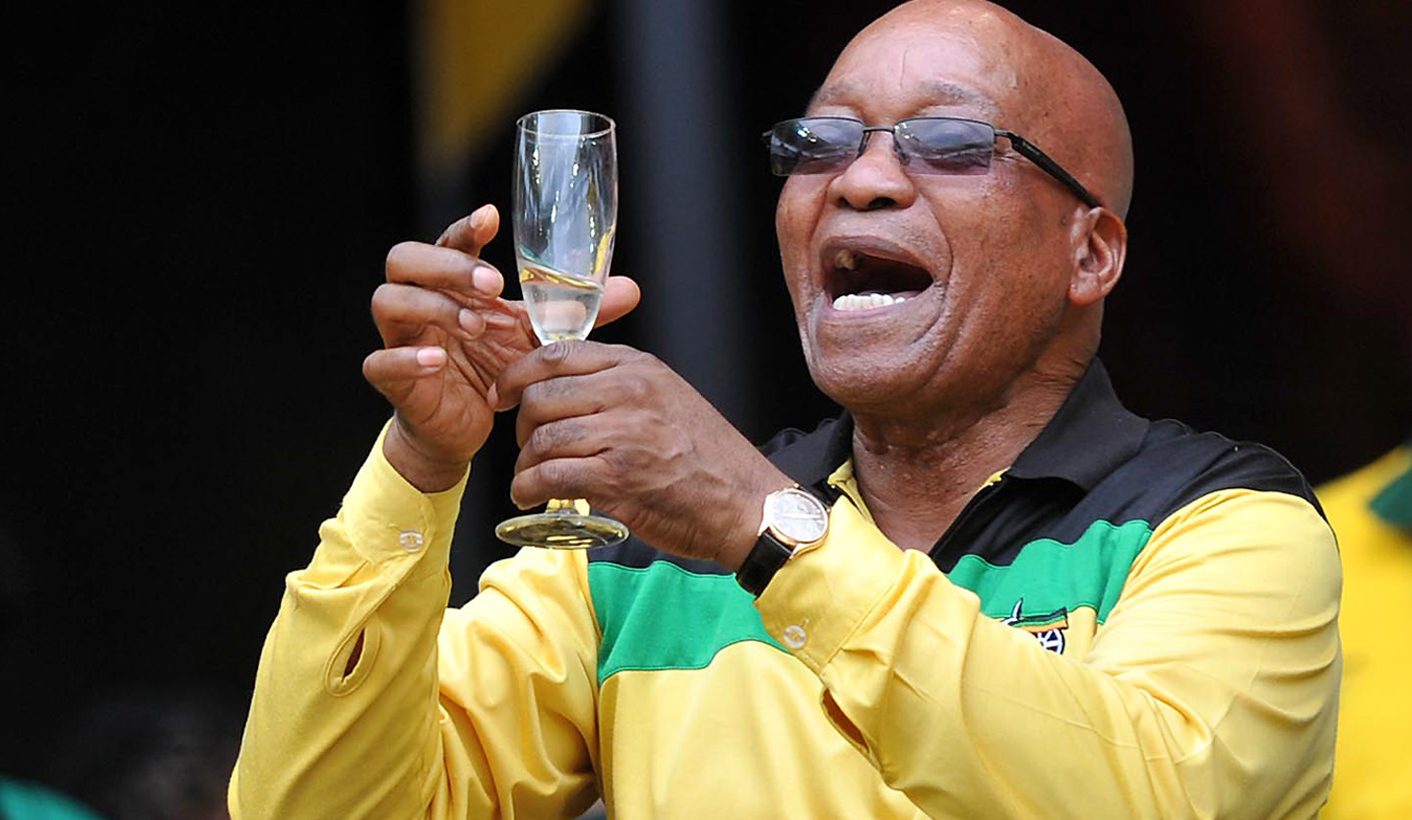 The African National Congress has been in power in South Africa for twenty years. In the run-up to the 7 May election, it says it has a "good story to tell" about its performance over that period. This is the first of two reports evaluating key claims. Researched by Kate Wilkinson for AFRICA CHECK.

South Africa’s ruling African National Congress (ANC) is adamant that despite criticism of corruption, crime, poverty and inequality, it has a “good story to tell” voters ahead of general elections next month.

The party dominates the national government and holds a majority in all but one of South Africa’s nine provinces.

“Twenty years ago we began a journey to eradicate the legacy of Apartheid,” President Jacob Zuma wrote in the introduction to the ANC’s 2014 election manifesto. “The lives of our people have vastly improved and South Africa is a much better place than it was before 1994…”

So how has the ANC fared and does its “good story” stand up to scrutiny?

In this – the first of two reports – we evaluate some of the key claims that the ANC has made in its campaign to win over voters ahead of the country’s general election on 7 May.

The claim is incorrect and the comparison is flawed. In 1994, the Housing White Paper estimated that there was an urban housing backlog of 1.5-million houses, not 1.2-million. Two years later, in 1996, the national census revealed that 1,400,000 shacks or informal dwellings remained in the country. This represented 16% of the nearly 9-million households in South Africa at the time.

The 2011 national census found that the number of informal dwellings or shacks had increased to just over 1.9-million. This represented 13% of all households in South Africa; a decrease of 3 perecentage points since 1996.

Data compiled by the Department of Human Settlements shows that almost 2.8-million “housing units” and 876,774 “serviced sites” were completed between 1994 and December 2013. This is a total of nearly 3.7-million “housing opportunities”.

The ANC claims that 3.3-million families have free homes. But the real picture is far more complex. By definition, “housing opportunities” created by the department are not all free and increasingly involve the provision of “serviced sites”, not houses.

A recent Africa Check report highlighted the fact that the number of houses being delivered by government has fallen significantly in six of South Africa’s nine provinces since 2009.

Part of the reason for this is that provincial governments are providing “serviced sites” – essentially pieces of land connected to water, electricity and sewerage infrastructure and services – rather than houses. Recipients of serviced sites are expected to build their own houses at their own cost or with the assistance of a subsidy.

Editor’s note: The true extent of South Africa’s current housing backlog remains unclear. Over the past two months, Africa Check has made repeated requests to the Department of Human Settlements for its data on housing backlogs. Again and again we have been told that the data has been “compiled for consideration by principals” and will be sent to us after it has been reviewed. To date we have not received it and can only assume that the department is deliberately stalling the release of the information. We will continue to pursue the matter.

The first part of the claim appears to be incorrect. According to data compiled by the Department of Performance Monitoring and Evaluation in the Presidency as part of a review of government performance over the past twenty years, 4,477,400 households had access to electricity in 1994/95. This was 50.9% of the country’s 8,802,000 households.

The second part of the claim is correct, according to Statistics South Africa’s 2012 General Household Survey, which found that 85.3% of South Africa’s 14,631,000 households were connected to mains electricity. This equals 12,480,243 households.

The first part of the claim is correct according to data from the Department of Social Development, which shows that there were 2,628,458 social grant recipients in 1994.

The second part of the claim has been cherry-picked. Data from the South African Social Security Agency (SASSA) shows that 16-million social grants were indeed awarded in each of the first seven months of 2013. What the claim ignores is that between August and December 2013, the number of social grants awarded sharply decreased to less than 16-million a month.

The reason, according to SASSA spokesman Kgomoco Diseko, was a re-registration programme which identified large numbers of fraudulent and dead grant recipients. These “ghost” beneficiaries were removed from the system. The latest data available from SASSA shows that 15,821,946 social grants were awarded in February 2014.

“The economy regained the 1-million jobs lost as the results of the 2008 global recession. Employment is now higher than it has ever been.”

The claim is misleading. It is difficult to evaluate how many jobs were lost as a direct result of the recession. Data compiled by Statistics South Africa (Stats SA) shows that more than 800,000 jobs were shed between the end of 2008 and the third quarter of 2010.

At the end of 2013, 4,8-million people were unemployed, according to Stats SA, and the country’s narrow unemployment rate was 24.1%.

The claim appears to be largely correct. A total of 67,531 land claims had been submitted by the cut-off date of 31 March 1999. A backlog in processing saw this number grow to a total of 79,696 claims. By the end of 2012 nearly 96% of these claims had reportedly been settled.

The 2012/2013 annual report of the Commission on the Restitution of Land Rights states: “A total of 77,334 claims have been settled to date. Of these, 71,292 claims were settled by payment of financial compensation of R6,561,021,691 to claimants.” The report stated that this was in the form of 3 million hectares of land.

The annual report also indicates that a “total of 111,278 people benefitted from the restitution programme in the 2012/13 financial year”.

An earlier Progress Report on Land Restitution Claims delivered to the Portfolio Committee On Rural Development and Land Reform in February 2012 indicated that, between 1995 and January 2012, a total of 76,506 claims had been settled which impacted on 1,662,099 beneficiaries.

First part of the claim is incorrect. The 2012 Development Indicators compiled by the Department of Performance Monitoring in the Presidency reported that in 1994/95 61.9% of households had access to water infrastructure that was “greater than or equal to [Reconstruction and Development Programme] standards”. This standard is, in part, equal to a minimum of 25 litres of potable water per person per day within 200 metres of a household.

“More than 1,500 healthcare facilities have been built and hundreds more are being revamped.”

Africa Check has been unable to verify the accuracy of the claim.

On 17 April, the ANC offered to provide Africa Check with a complete list of healthcare facilities that were built or upgraded. This report will be updated if it arrives. DM

Photo: President Jacob Zuma toasts the 102nd birthday of the ANC during the launch of the party’s election manifesto at the Mbombela Stadium in Nelspruit, Mpumalanga on Saturday, 11 January 2014. Picture: SAPA stringer