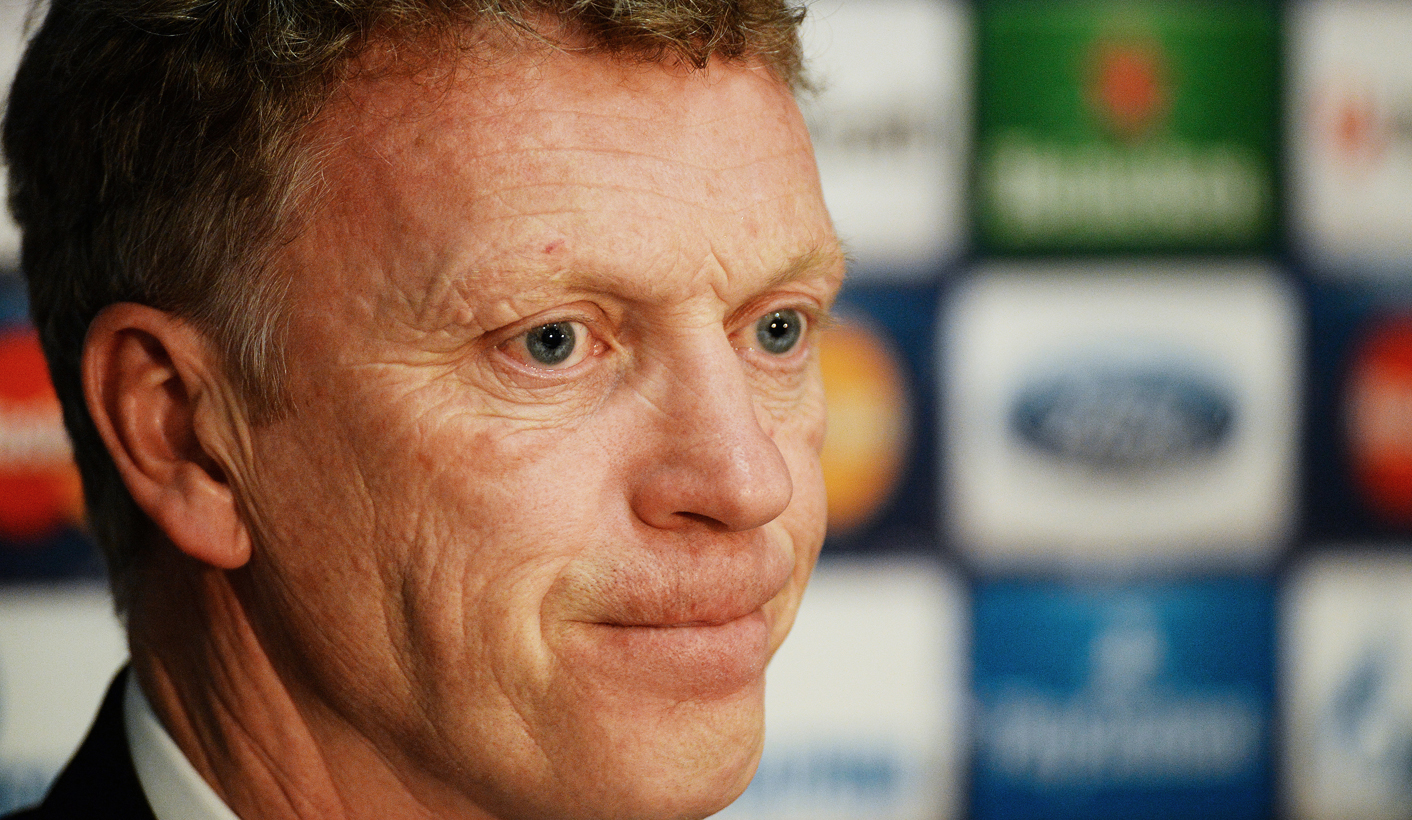 David Moyes’ tenure at Manchester United is over after a string of poor results. It isn’t really a surprise, despite Alex Ferguson being the “stick with your manager” type. Far too many unpalatable results has led to his undoing. But to remember him only as the guy who fluffed it when he took over from Fergie would be grossly unfair. By ANTOINETTE MULLER.

Over the weekend at Goodison Park, there was a sinister figure lurking about. No, it wasn’t David Moyes with his sunken cheekbones and bewildered expression. Behind the technical area, somebody dressed up as the Grim Reaper was lurking, taunting The Chosen One as yet another defeat rumbled along.

It’s taken just over 10 months, a string of unpalatable results, unwanted broken records and struggles to engage both the dressing room and the fans for the club to close a chapter they would rather forget. Losing to Everton meant that United had lost both home and away, against both Merseyside clubs for the first time in the club’s history. They also finished with their lowest points tally since the dawning of the Premier League. The list goes on. Moyes’ failure with United wasn’t helped by Roberto Martinez’s excellence at Everton, either. Martinez, who replaced Moyes, has Everton pushing for a possible Champions League place and has got virtually the same squad Moyes had to perform out of their skin. It can’t be easy to be the Scotsman behind blue eyes.

One of the many supporters’ arguments is the comparison to Alex Ferguson at the start of his tenure. While it’s a quaint parallel, it holds little relevance for this story. Back when Ferguson took over at United, the club was relatively small compared to the powerhouse that it is today. Under Ferguson, it blossomed into a booming global business, a brand synonymous with power, dominance and fans who like to tell you about it. Manchester United has become what many foreigners will recognise as the pinnacle of English football. To take over something like that is no menial task, and while slip-ups can be expected, the consistent failure to get the best out of the squad – almost the same squad with which Ferguson won the league – is too much for many to stomach.

Moyes can’t have too much to feel aggrieved about, but nobody will begrudge him for feeling a touch irked about the way in which he was let go. The rumour mill spun into overdrive on Monday afternoon and by the time Manchester City were hammering West Ham, most publications had him as good as gone. Gary Neville, in studio with SkySports, didn’t mince his words.

“I have to say I find it repulsive the way these rumours break,” Neville said.

“I don’t like it, I’ll never get used to it, even though this is the world we live in. It needs to be clarified pretty quickly by the club and they need to break rank and do what they don’t usually do, which is make a statement pretty quickly.

“The weight and explosion of the information coming out concerns me. That club, for 20-odd years, contained and managed information. It was completely off the scale like nothing else that’s happened at the club in 20 years.”

Galling it was, but perhaps not too much of a surprise. In fact, Moyes himself hardly had a hand in his own appointment. He received the official news that he would be taking over after being called out of the blue by Ferguson and ushered over to his house with the words: “I’m retiring; you’re taking over.”

“So I didn’t get the chance to say yes or no,” Moyes said. “As you can imagine, the blood drained from my face.”

Ferguson is not a man to do a rushed job or really make mistakes, which is perhaps why it was so hard to believe that Moyes had been a mistake. He’s also not somebody you can easily say no to, so even had Moyes had some reservations about tackling the task, he would never have mentioned them.

Speaking on his book tour last year, Ferguson was frank about how he viewed the modern-day hire and fire culture.

“It’s a terrible industry. When clubs sack a manager there is no evidence it works. But there is evidence, and it’s hard evidence, that sticking with your manager does work. This is an important issue and it is something I believe in, very strongly. Sacking a manager does not help.”

But he is not deluded about the trust that is needed to make the manager work.

“Only through success can a manager become master of his own destiny,” Ferguson wrote in his book.

“Success unlocks all the doors. Set against a background of two or three trophies, decisions can be made with a ring of conviction, players accept what you are saying without doubting, supporters sustain their belief through the inevitable setbacks and you become a figure of authority without the need to look over your shoulder. Success achieves all these things as well as giving a manager security at home, knowing his job is safe.”

Moyes had none of that. The fall was swift and unforgiving, but luckily there was little grace to fall from. He went from the beaming blue-eyed smile at his unveiling to a figure constantly contorted in bewilderment. Not only was he out of his depth, he looked it. And the players sensed it, which led to a mini-revolt.

Rio Ferdinand and Nemanja Vidic had been twitchy, Ryan Giggs wanted to pack up and leave and Danny Welbeck publicly expressed that he was seeking a move elsewhere. Many players could not be wooed by Moyes or the coaching contingent he brought with him from Everton. Sure, he might have been making them run more and train harder, but has a coach and as a man-manager, he just didn’t have the charisma to fit in at Old Trafford. He was a square peg in a round hole.

Giggs, incidentally, will be taking over until the end of the season while the club searches for other replacement. Sympathy, at least from some corners, will filter in for Moyes since this cataclysmic destruction had far more to do with him. His reputation will be knocked for the time being, but he will be fine. He will get a tidy pay-off from United (limited to one year due to a contract clause of failing to make Champions League). He will also find work elsewhere, possibly at Spurs. Tottenham’s Chairman Daniel Levy has previously suggested Moyes is his ideal candidate for the job. He might even find some modest success there. He should, however, not be remembered as the guy who took over from Ferguson and fluffed it. It takes two to tango and it takes several to stuff up a managerial appointment at the biggest football club in the world. DM